last year, i really wanted to take olive to the nutcracker. tickets, or at least the tickets i wanted to buy, were quite expensive and after i discussed it with hc, we decided that olive being another year older was the best time to take her.

well, this was the year and i reconnected with hc about it and he gave us the green light. i researched tickets and read reviews that balcony front center were the best seats. so, i purchased front row and i was so excited to surprise olive!

i told her we were going to the ballet but i don’t think she fully understood what i meant. on the way to chicago, i played the story of the nutcracker on the radio for her to hear the storyline and have an idea what it was about, on our way there. we were in heavy traffic and olive fell asleep after listening to the story a few times. i parked and rustled her up…she woke up so sweetly.

i wanted to take her out to dinner {i really wanted to take her to the gage, but we were running out of time}, so we ate at corner bakery instead. one, olive wanted to walk and she was walking so cute and slow. two…the gage was another 1.5 blocks away and that was valuable time and since we were short on time, i decided to eat at the latter.

she was soooooo excited over her outfit. it was too adorable to watch her so delighted with it. when we arrived at the theatre, everyone – everyone ohhhhh’d and ahhhhh’d over her ensemble! i asked her to pose in front of the poster easel and without batting an eyelash, she walked up to the sign and struck a pose! she literally stopped traffic! she was too cute, there were times when people told her that she was so cute, she would curtsy or pose and say thank you! hahaha! what a ham!

olive was so mesmerized with the dancing. her favorite dancers were the sugar plum fairies. during the performance, she got up from her seat and did her best to emulate the dancers. it was soooooooo heart melting to see her so enthralled with the beauty of it. i let her dance around a bit but ended up pulling her back to her seat in fear that she’d fall over the edge!

speaking of that, since we were front row center balcony, we were literally on the edge. the only thing that separated us to the floor below was a wall that was barely knee high. that FREAKED me out. i am so afraid of heights and i was having a hard time with it…hiding my fear as much as i could from olive. she found it funny but i was so nervous!!! so with her dancing so close the edge, i could only bear a few minutes of it without pulling her back!

during intermission, i took olive to the washroom and a women inside asked if olive was a part of the show {the women was dead serious}!!! haha! no but that was so cute. i got olive a pop and myself a prosecco and we moseyed back to our seats and finished out the show.

it was such a magical, amazing time. i had the best time taking olive to the nutcracker and i knows she had a memorable time! i must admit…i did cry a few times because it was so emotional for me. cheers to wonderful memories together!

[i hastily got ready…i wished i wore something different but i was running out of time. despite the facial expression…she was really excited!] 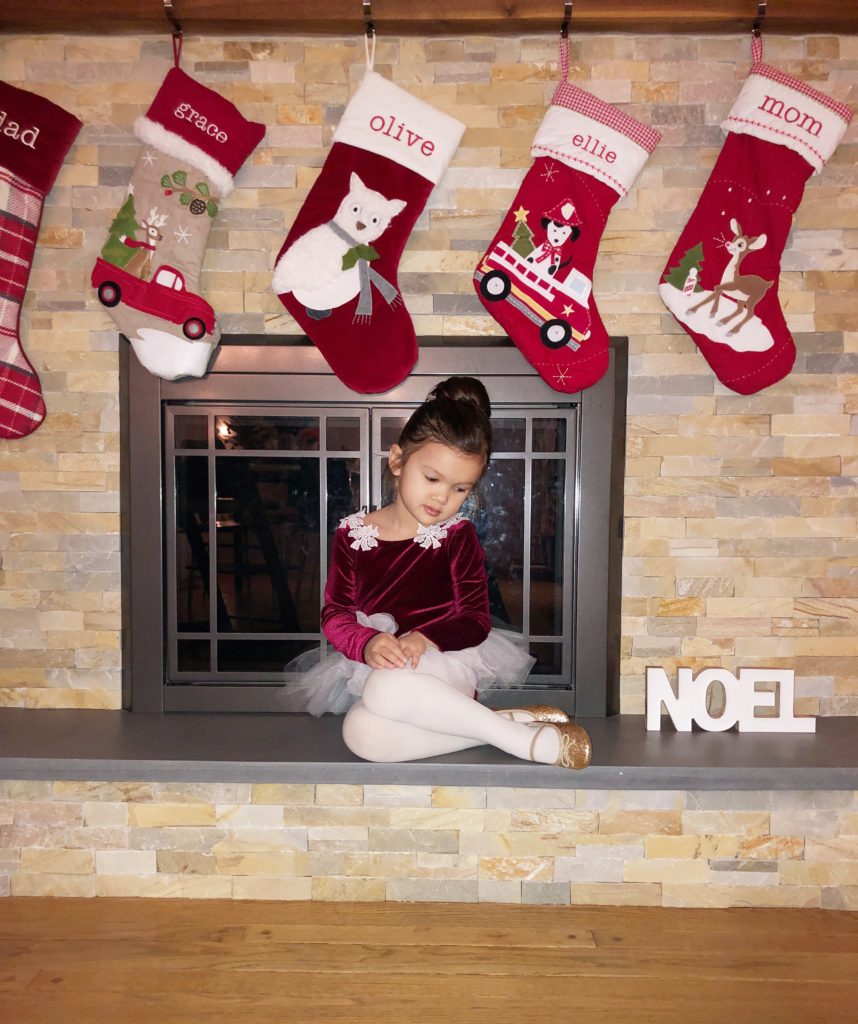 [this. she is soooooo sweet. just waiting patiently for her food and looking at the christmas decor]

[i love her sooooooo much it hurts] 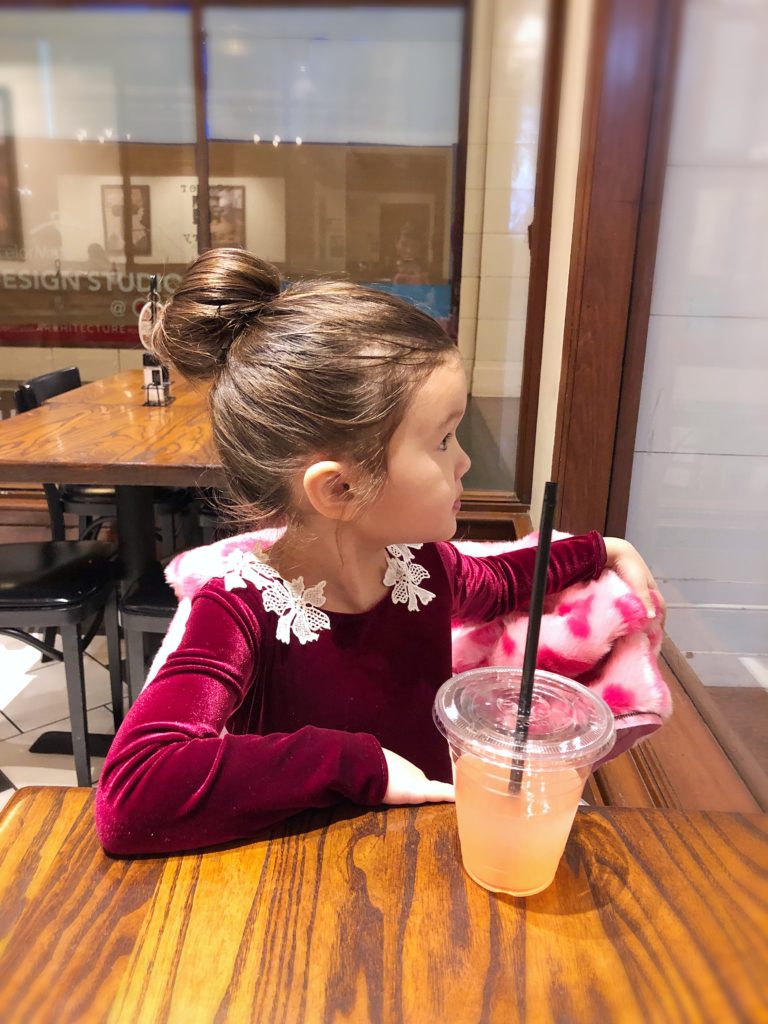 [i was so happy her costume from last year still fit!] 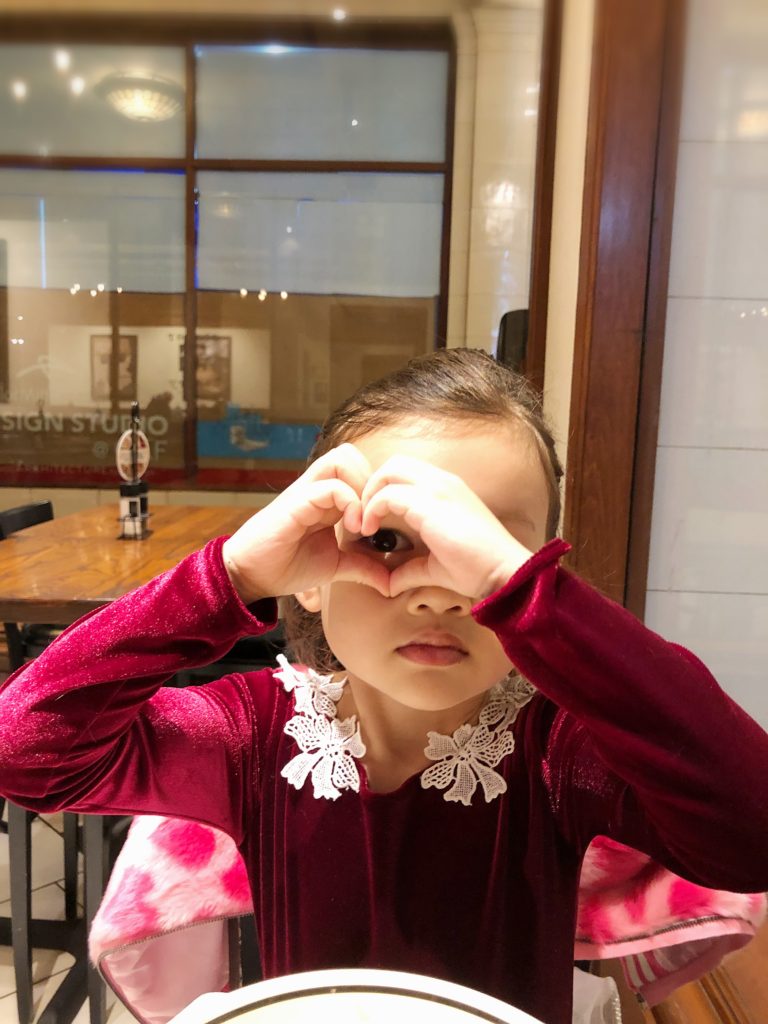 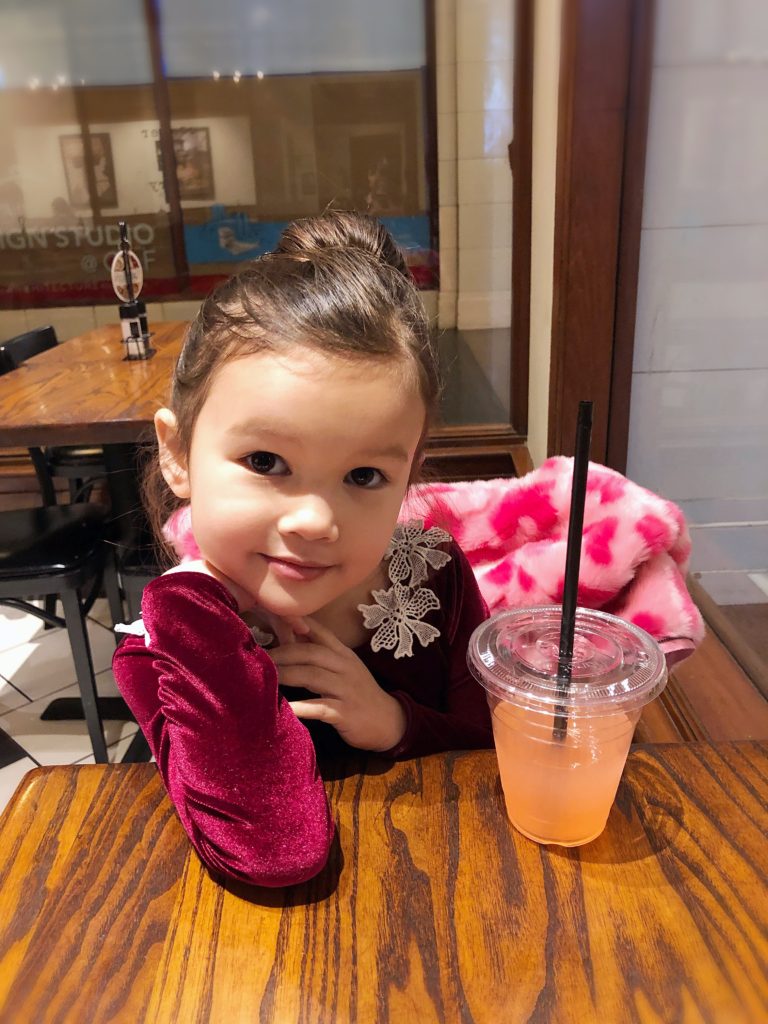 [she absolutely loved her outfit that night]

[i was dyyyyyyying. i asked her if she could pose in front of this sign…without blinking, she walked right up and posed. i loooooooooooove her!! she literally stopped traffic!] 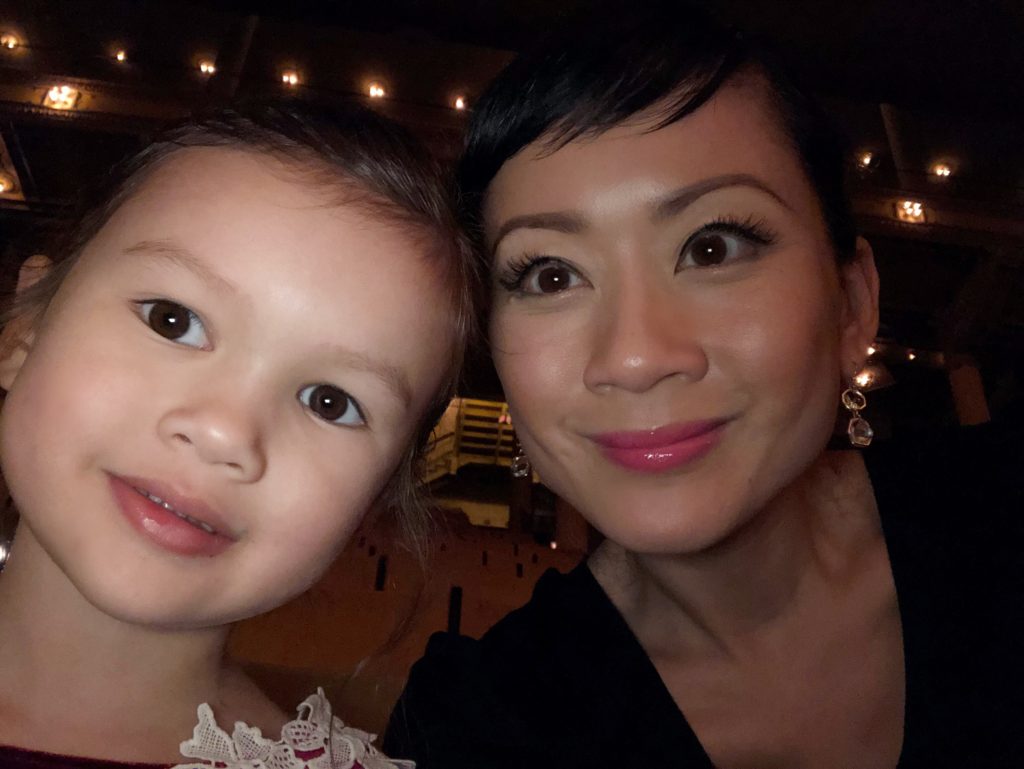 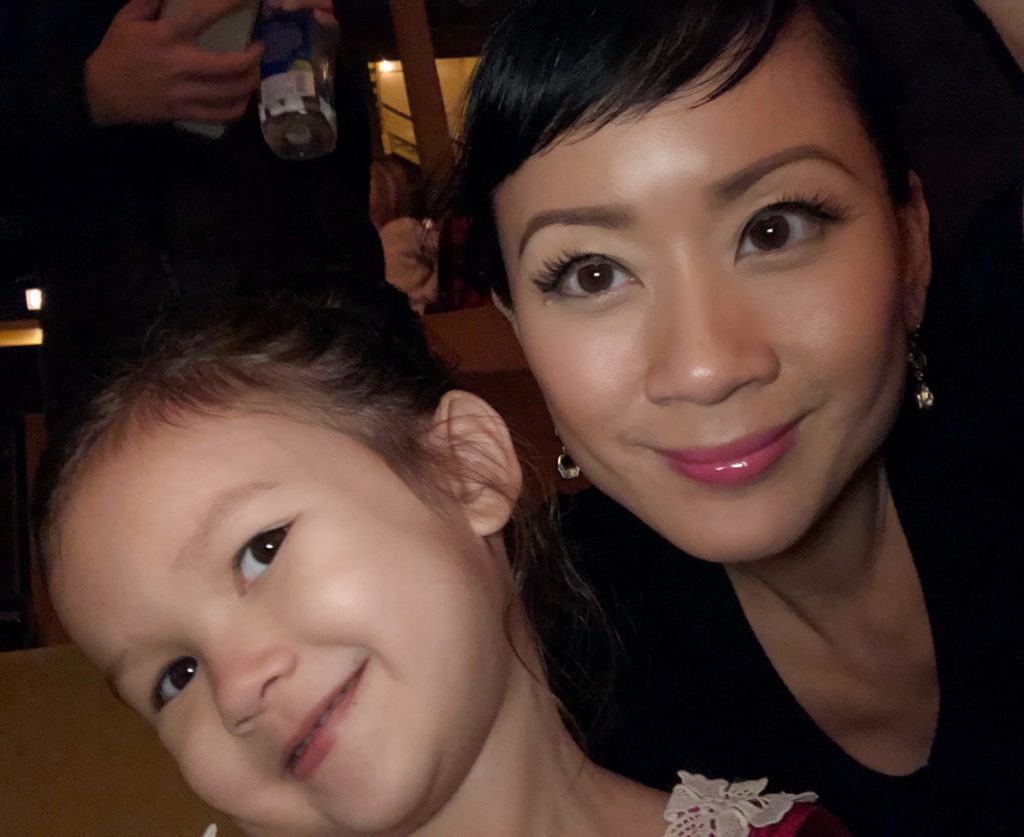 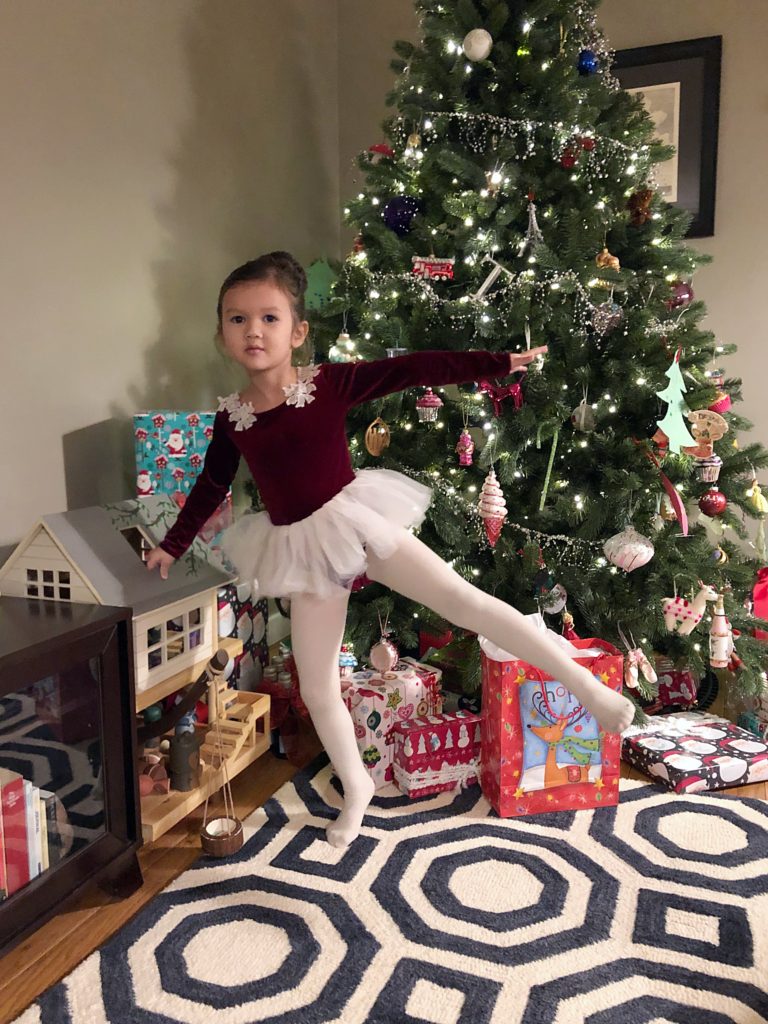 • L I F E • forts and more pillow forts being