ellie had her first thanksgiving performance!

i came early to her class to snap some pics and a group pic, so i nabbed front row seating! i’m alllllll about the front row. ever since the girls started performing, i get crazy about getting a great seat. so much so that i tend to stress out about it too much. like so unnecessary. LOL

as i’ve gotten older…i feel i should be more chill. uh, nope. like who give a fcuk but it’s gotten worse! i’ll blame having kids…man, the responsibility, the pressure, the worrying…it’s on high all the time!

anyhoo, watching them practice their songs was so stinkin’ cute! watching little kids do their own thing or bumble around is so fun to see! their teacher encouraged them to sing   l o u d !! she did a great job letting them lead the songs while she did the choreograph and led them along that way.

soon the doors opened up and all the parents, grandparents, and family members filed in. for a nano second, i felt bad i didn’t encourage anyone on our side to come watch ellie perform! some people had 5 or 6 family members come by to watch their little ones perform! ellie just had me…but dang it, i’m more than enough! hahaha!

the kiddos performed quite a few songs…maybe 6 or 7 songs?? they all did such a great job and entertained everyone! my favorite ones are the kids that belt it out and are so animated! those are the ones that crack me up, they totally lead the show!

i was so proud of her! ellie did such a great job singing along and she nailed all the choreograph that went along with each song! way to go girl!

i’m so proud of you! you’ve come a long way since you started school and i love watching you shine! 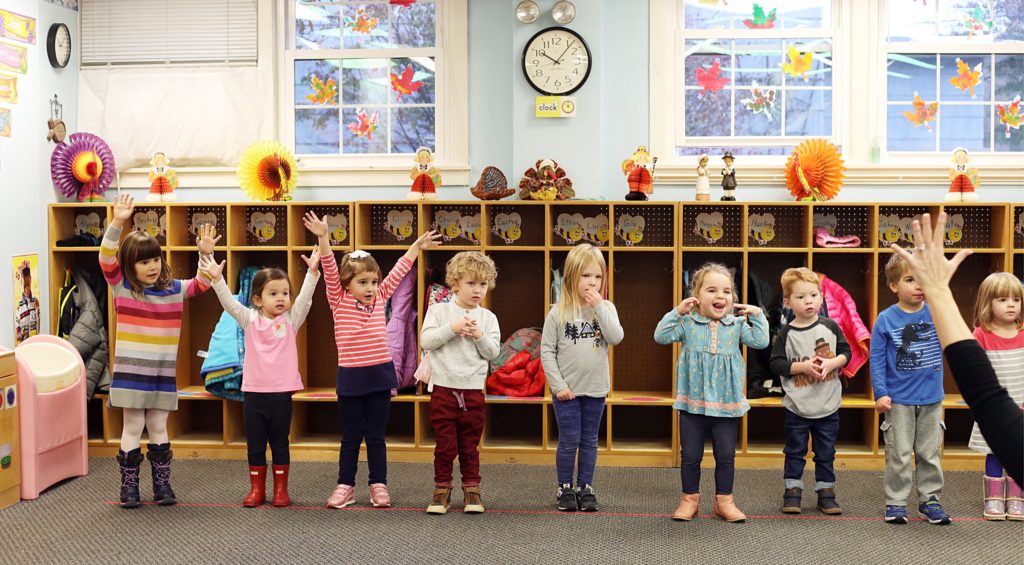 [practicing for their show] 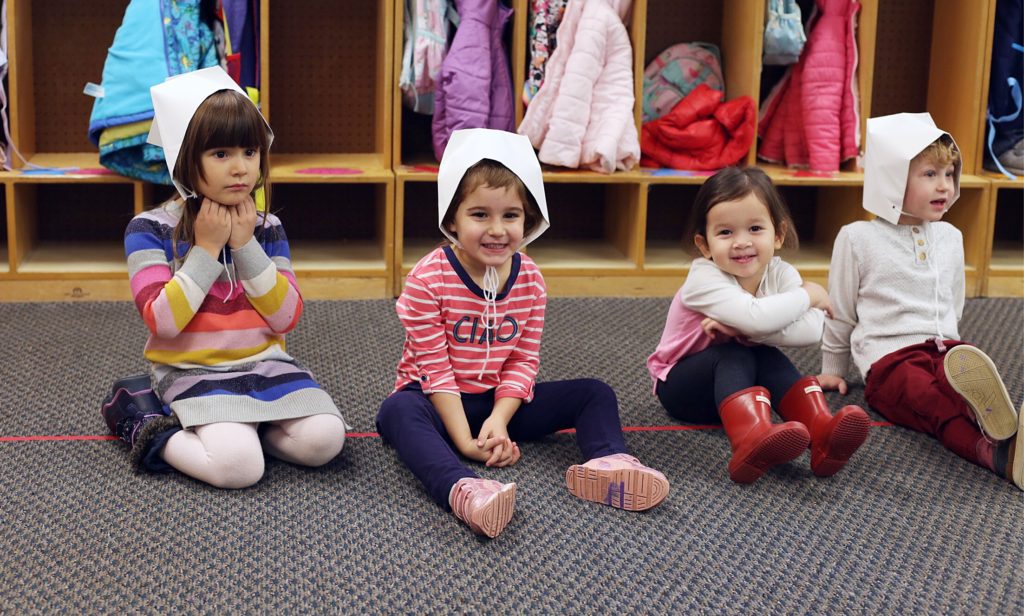 [my little cutie…she refused to wear anything on her head. LOL] 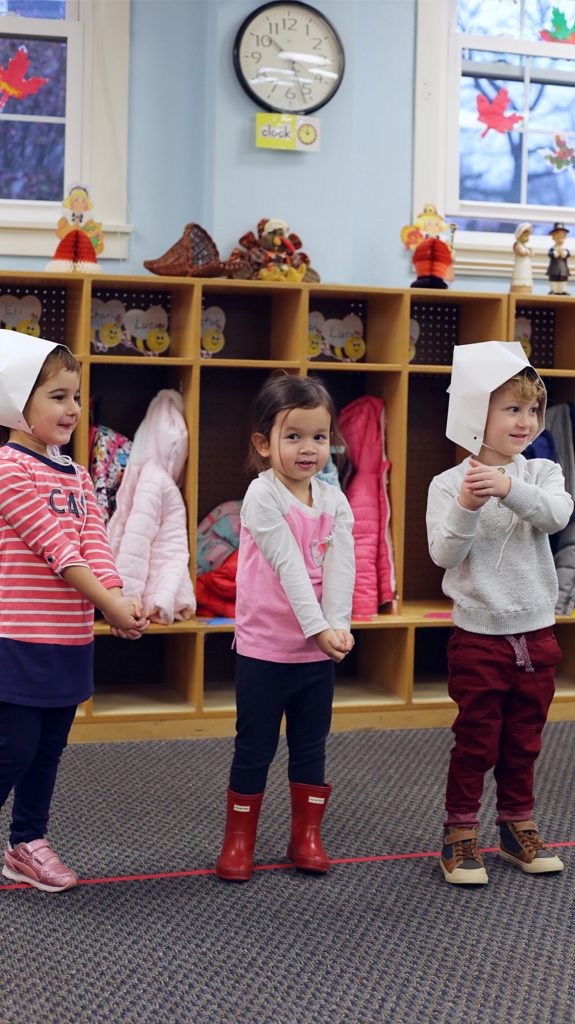 [love this babe so much]

[look at that sweet smile!] 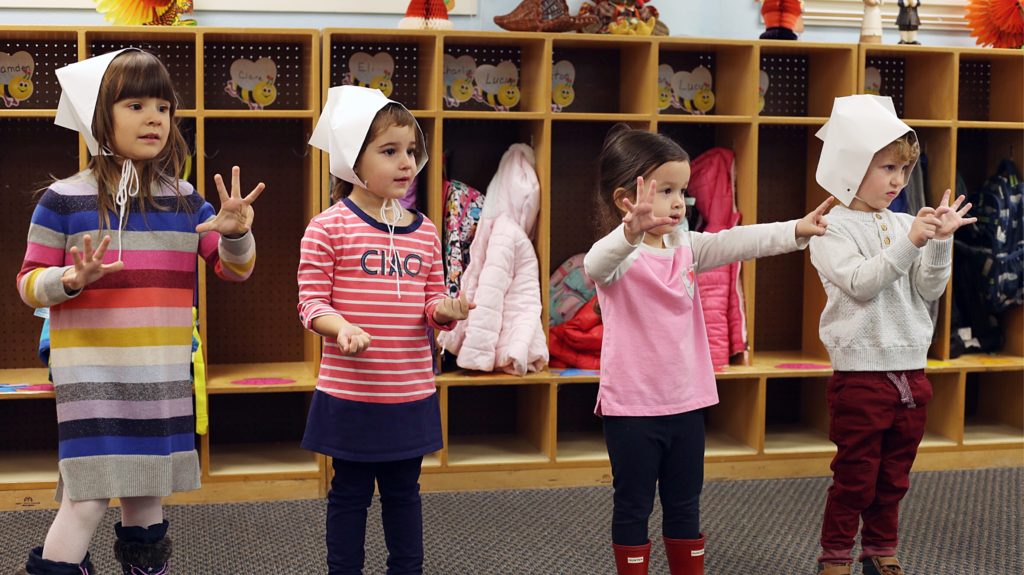 olive’s holiday concert day had arrived. she had been practicing all season! it was too cute when she would give us a sneak peek into one of her songs. i was so excited to see her perform.

we arrived barely on time for the drop off. the morning started off easy and with plenty of time but, honestly, i don’t know what happened. i thought i had all the time in the world and then before i knew it, we were going to be late! gosh…mama brain! i felt bad…it was totally my fault for losing track of time and i totally snapped at olive. i asked her to put on her shoes and she completely mixed the shoes up and was standing there with the wrong shoes on her feet and didn’t recognize it. i yelled and she cried and i felt bad. i didn’t want her feeling this, so i apologized and she smiled, which was better but darn it. i hate it when i have a failing moment like that. it hurts my heart that i hurt her feelings.

once we dropped olive off at her classroom, i scurried upstairs to grab a seat. oh, it was full. i scanned the room and spotted a couple open spots in front and dove in. i nabbed third row, which wasn’t too bad since i was so late. i blanked out and forgot to ask the teacher which side olive was on {due to my tardiness…i forgot}. i sat there for a second and debated on going over to the other side but gut told me to stay and i was right! olive was on the right side and i had a great view of her!

my favorite moment {after the concert} was during the rudolph song, i noticed olive not doing the antler gesture with her hands every time they said reindeer. i just thought she was blanking out or getting tired. she did all the other moves throughout the song but the antler one. after the concert, she said to me, “kiki, did you see? i didn’t make the antlers because i am already a reindeer!” oh my gosh…this girl melts my heart! i should have known better! she’s so clever! i loved that she knew that she was already a reindeer and it was unnecessary to make the gesture! she’s too cute!

the kiddos did such a great job singing. it was so cute and so fun to watch! olive did so well. she knew all the words, i could hear her voice, and she did all the gestures. it was such a fun time watching her with ellie! what a great job olive! you practiced and your hard work showed through your concert great performance! way to go! 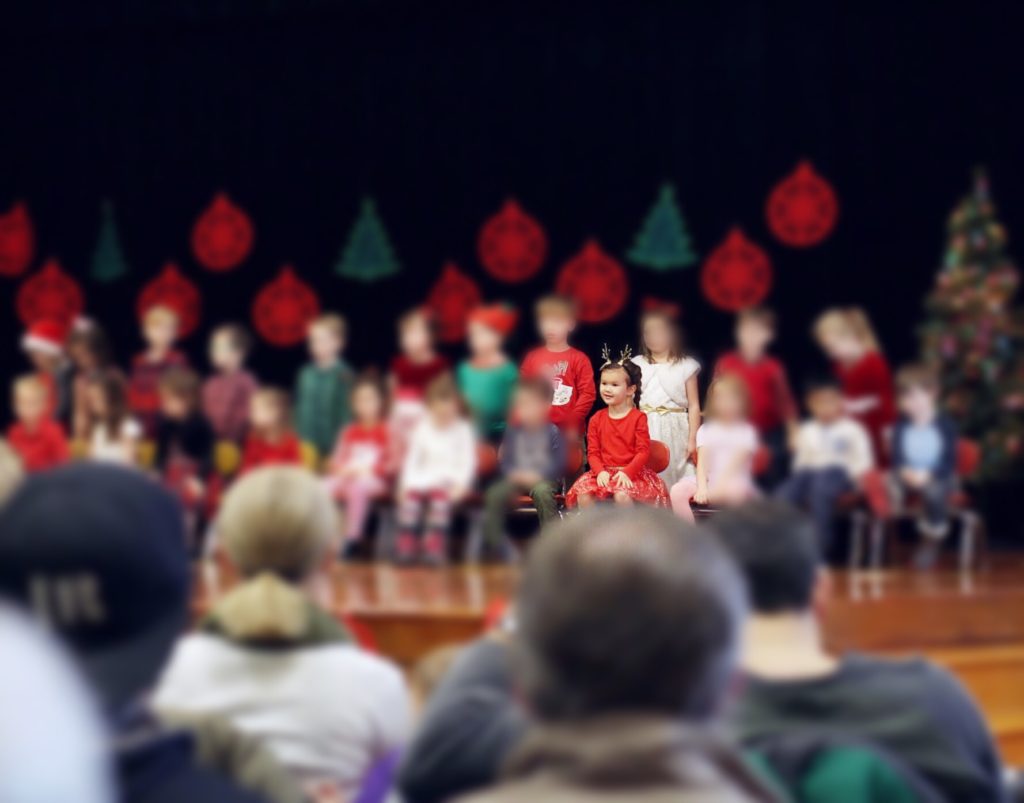 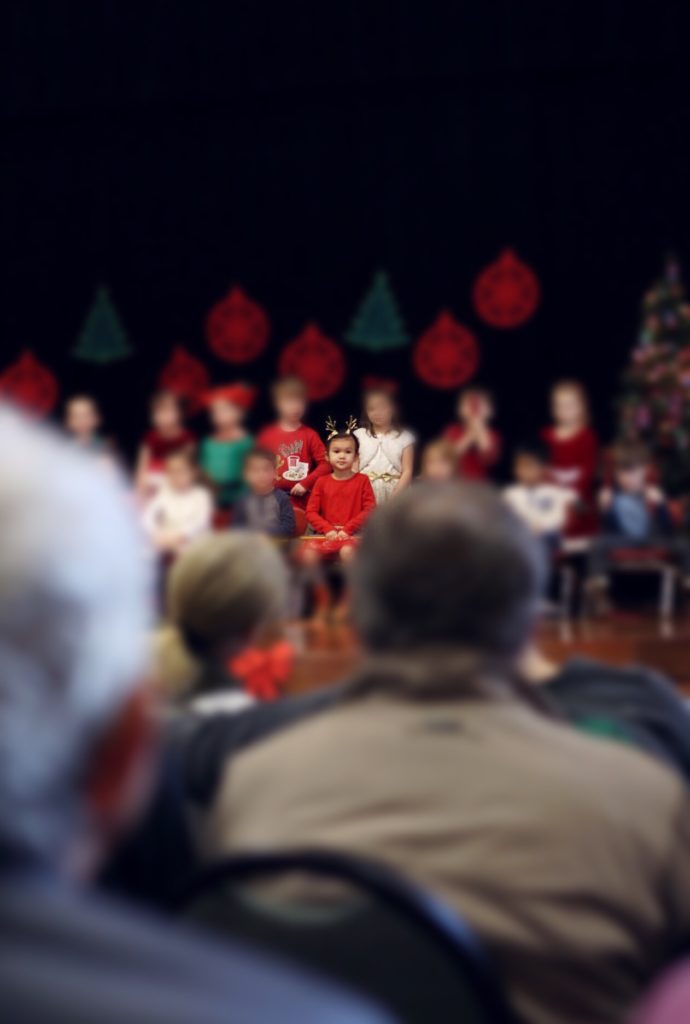 [she saw us and waved! they were getting ready to perform!]

[after the concert and the sly poses she was giving me]

[this one is my favorite…she was going for the vogue, pouty, drama look. hahaha!] 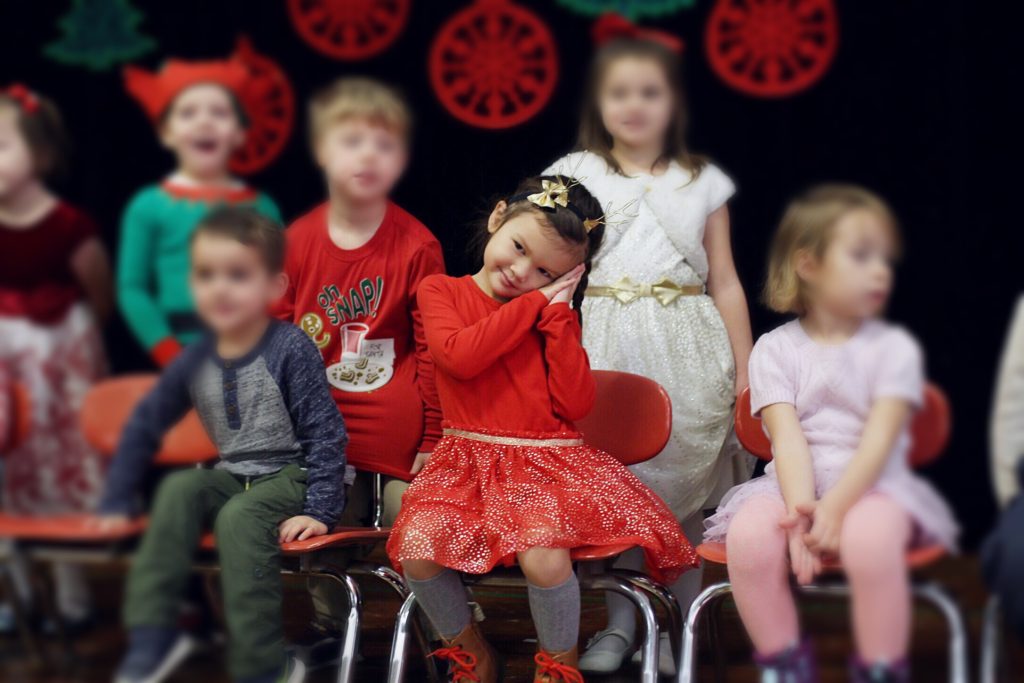 [other parents were probably like, “what up with the poses?!” ha!] 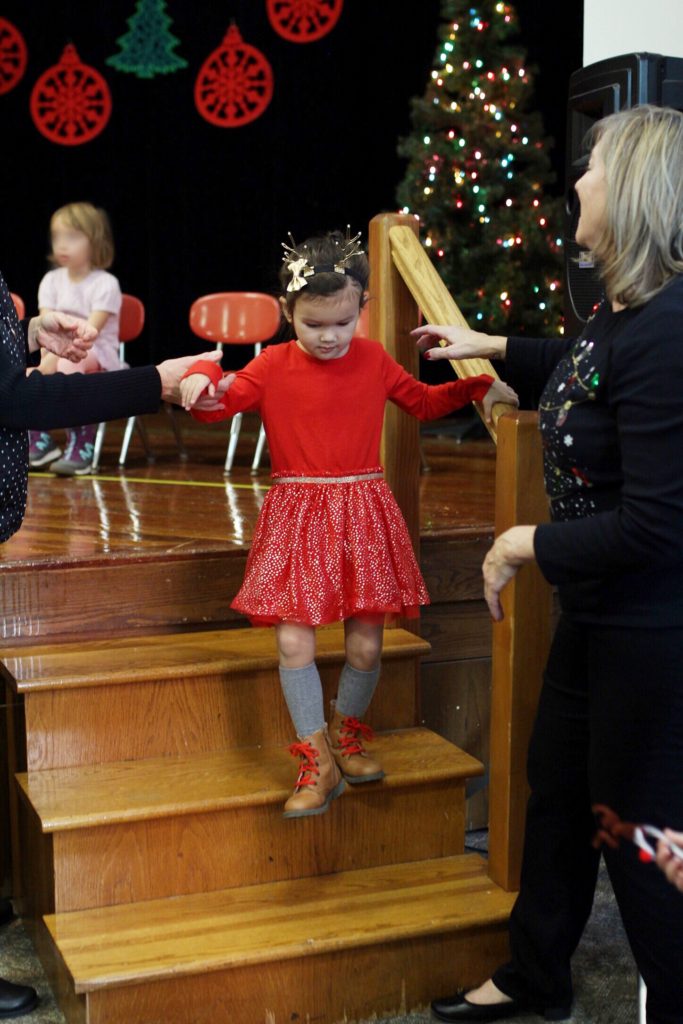 [walking down the stage to and getting a reindeer candy cane] 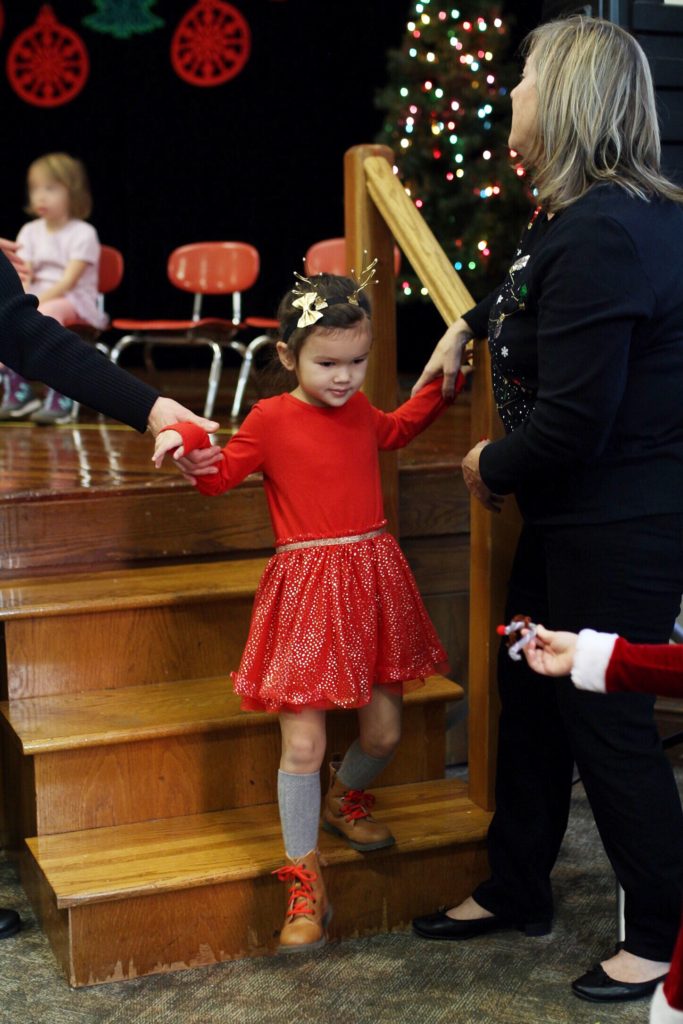 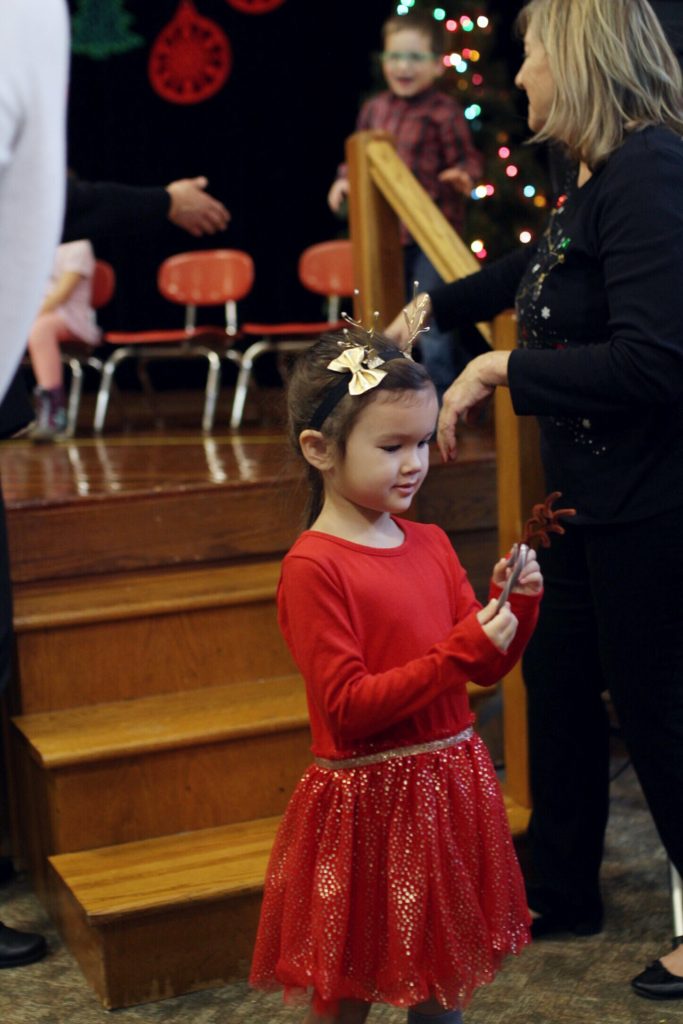 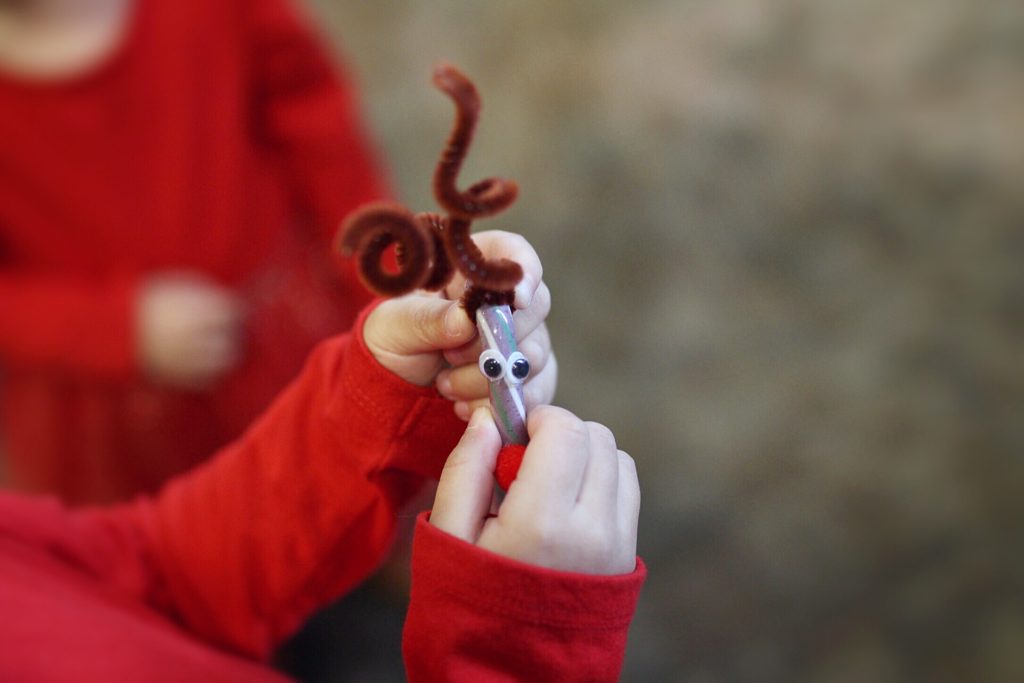 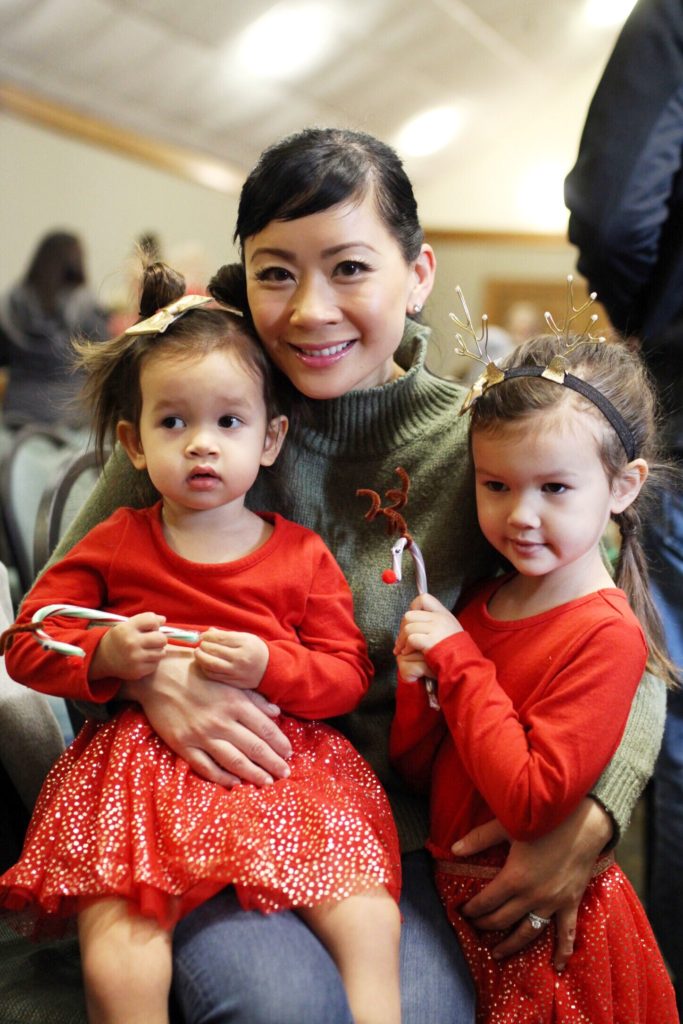 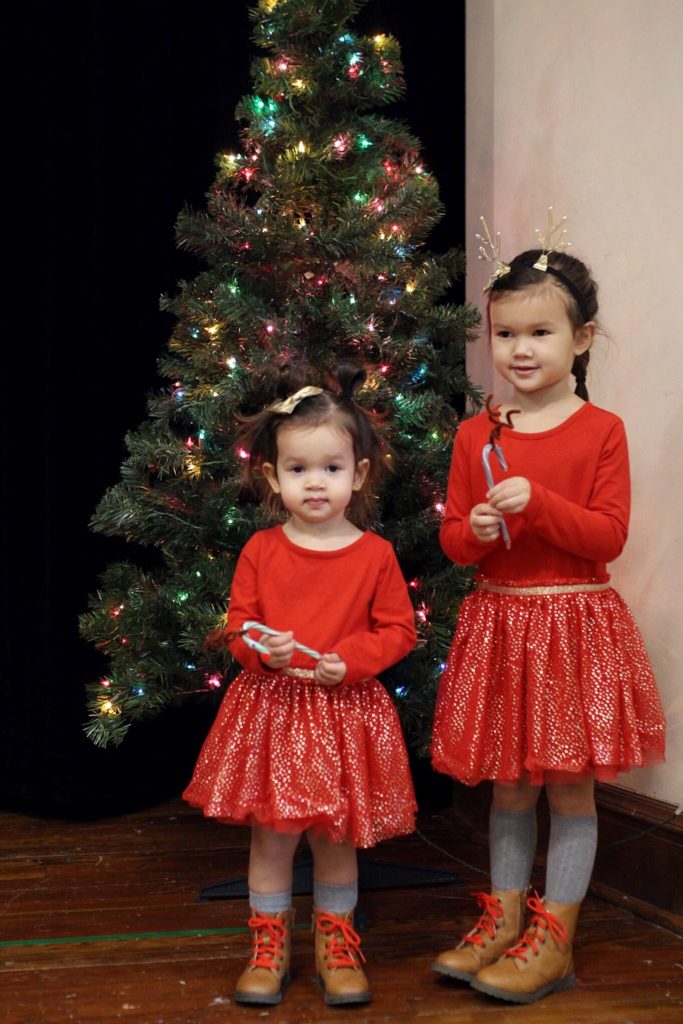 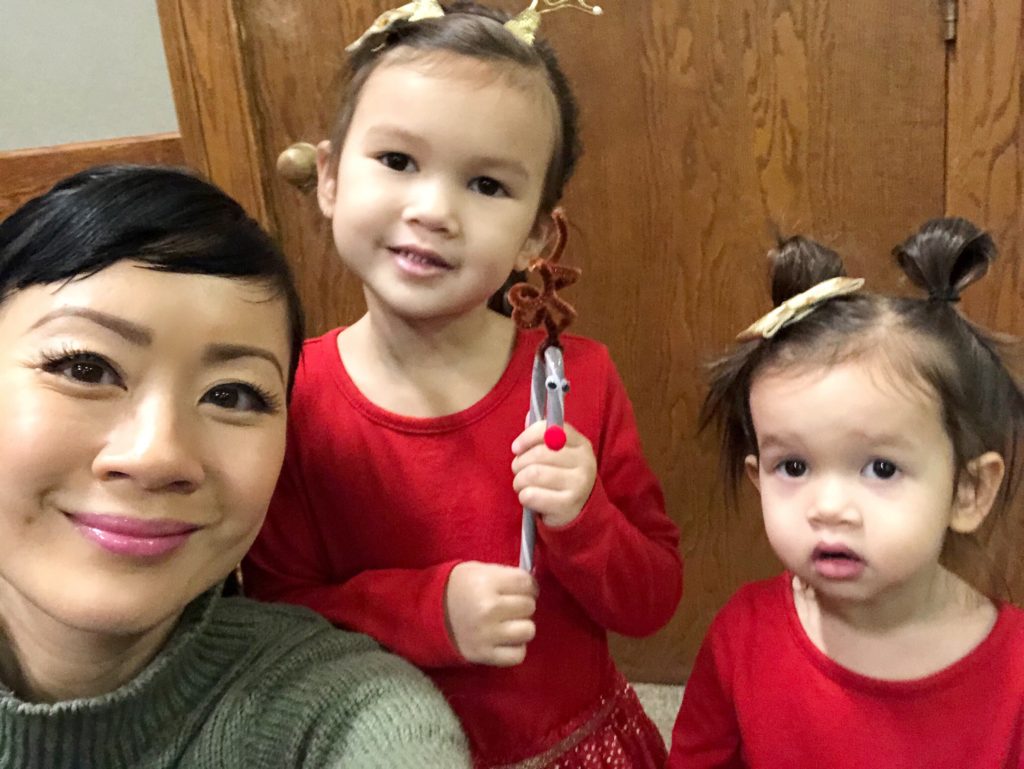