we had a long overdue date with dana and famille. it was a cold and dreary day in chicago which called for a cozy day date with this beautiful family. we traveled north to their abode to hang out, have some lunch and catch up.

dana and scott are pregnant with their second b o y! such exciting news…we are so excited for them and can’t wait to meet him. it’s pretty amazing to think about our journey together. i met dana yearrrrssssss ago…maybe 12 or 13 years ago? we were single or kind of single and years later, as the circle of life happens, we are married to wonderful men, and have the most beautiful children. we weathered good times and really bad times and have stayed close together through life’s crazy ride!

the girls were so excited to see the toys…LOL naturally! ellie loved rosie, the dog, and they settled in quickly as hc and i were happy to be there and spend some time with these two lovely people.

the boys grabbed some strong libations while us gals caught up with each other. after some time, we decided to grab some grub from a corner eatery down the block. we gathered everyone together and took a short walk to the restaurant to grab some food to go. we debated on eating at the place as it’s not spacious and there were so many individual people on their laptops scattered throughout the place, there wasn’t a conducive spot for  a large group like us. no matter…we were happy to go back to their place to eat and relax in a comfortable environment!

as we spent the afternoon at their abode, dana’s parents stopped by to drop off some things! we were so happy our paths crossed and we had a chance to say hello and hang out for a bit with the rubin’s!

after several hours of fun, we said our goodbyes and headed home to our sweet home. it was a perfect sunday spent with wonderful friends. 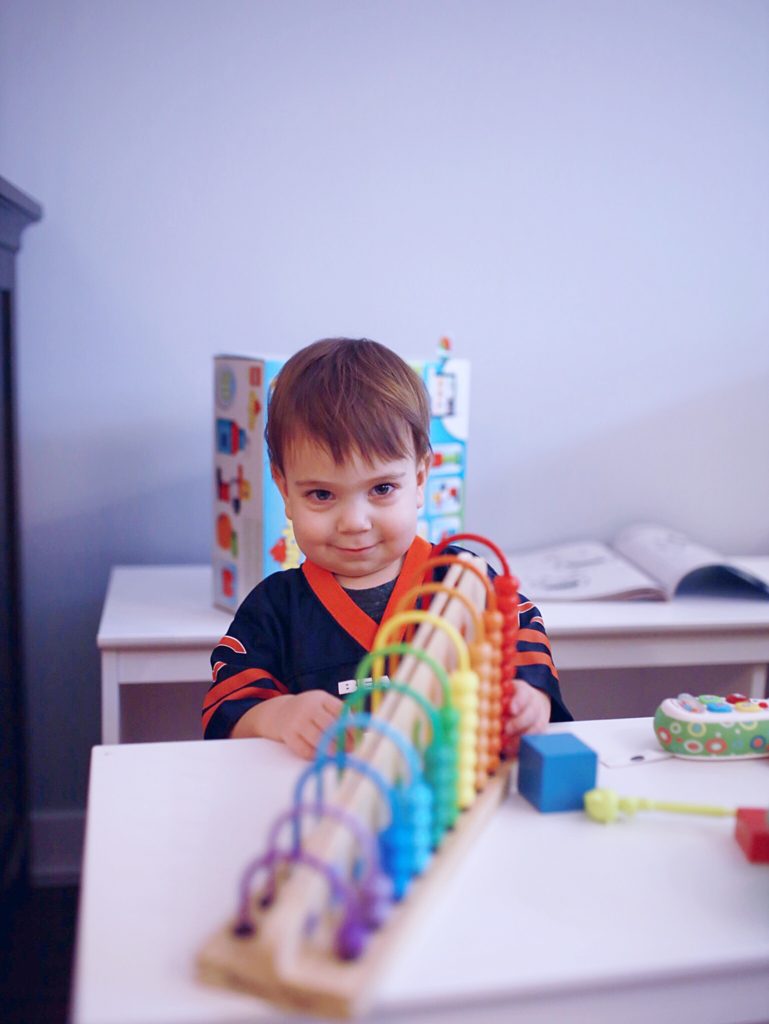 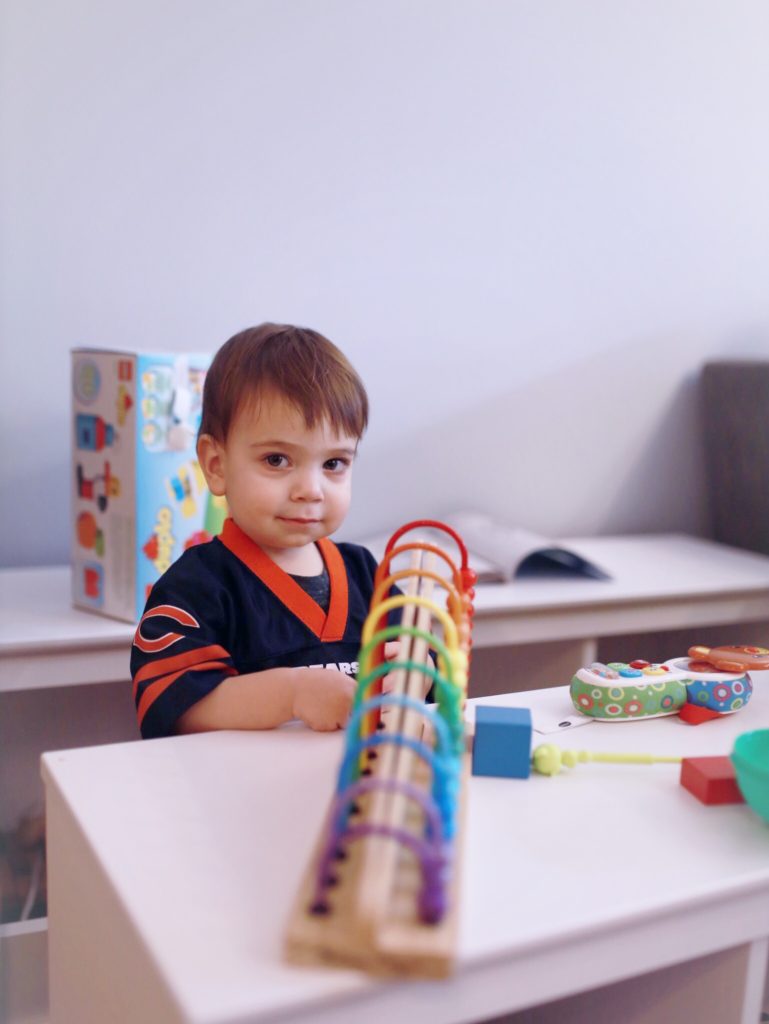 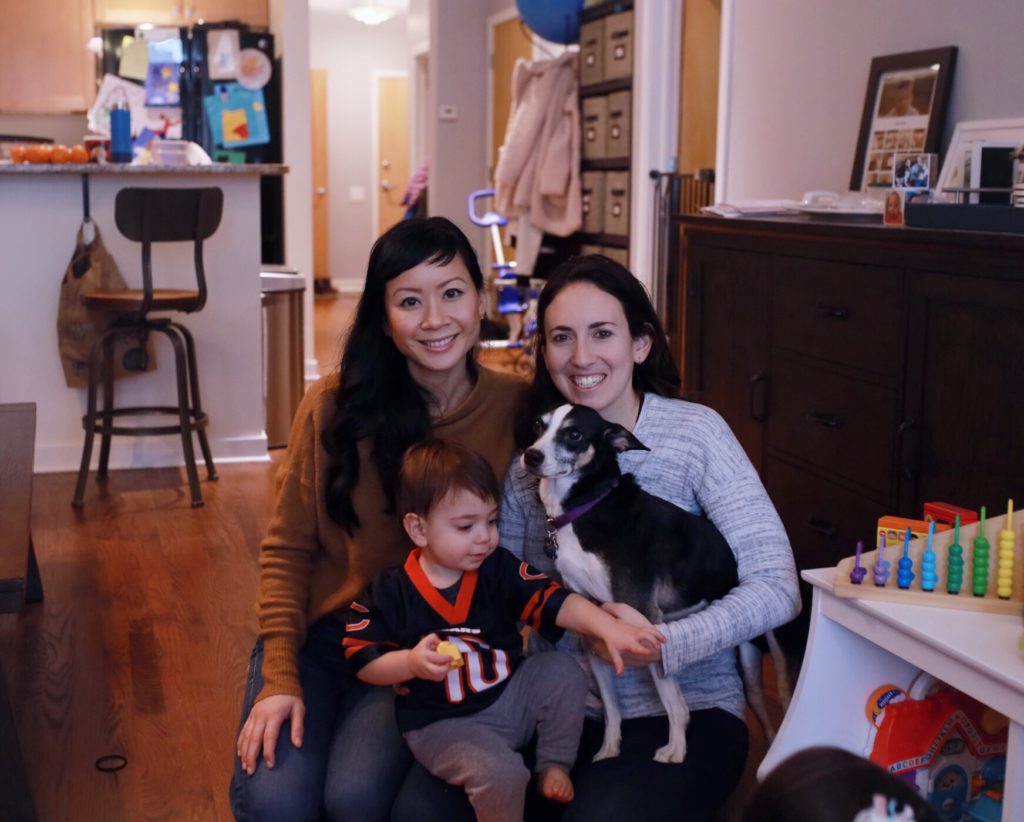 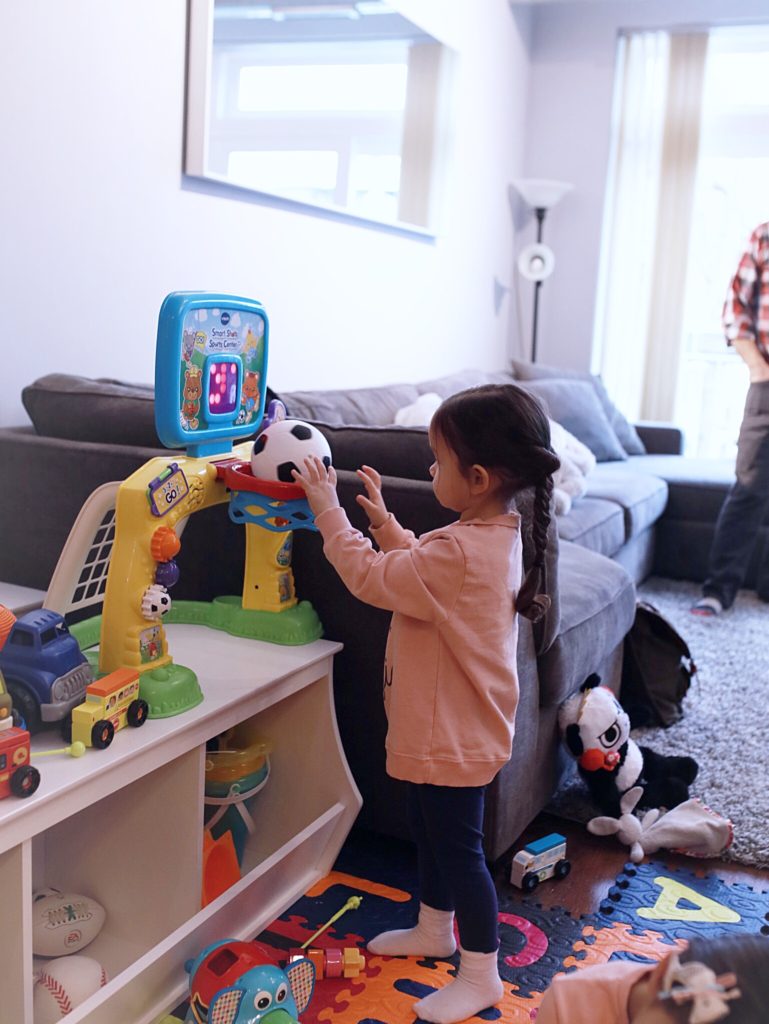 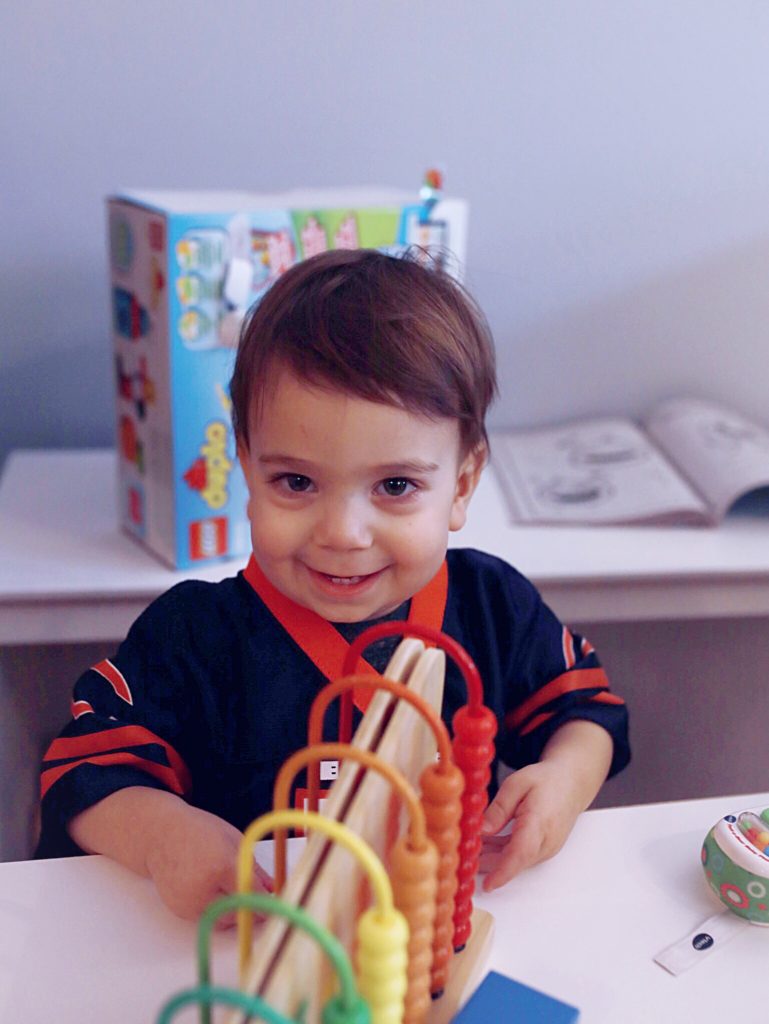 [the girls goofing around at the corner eatery] 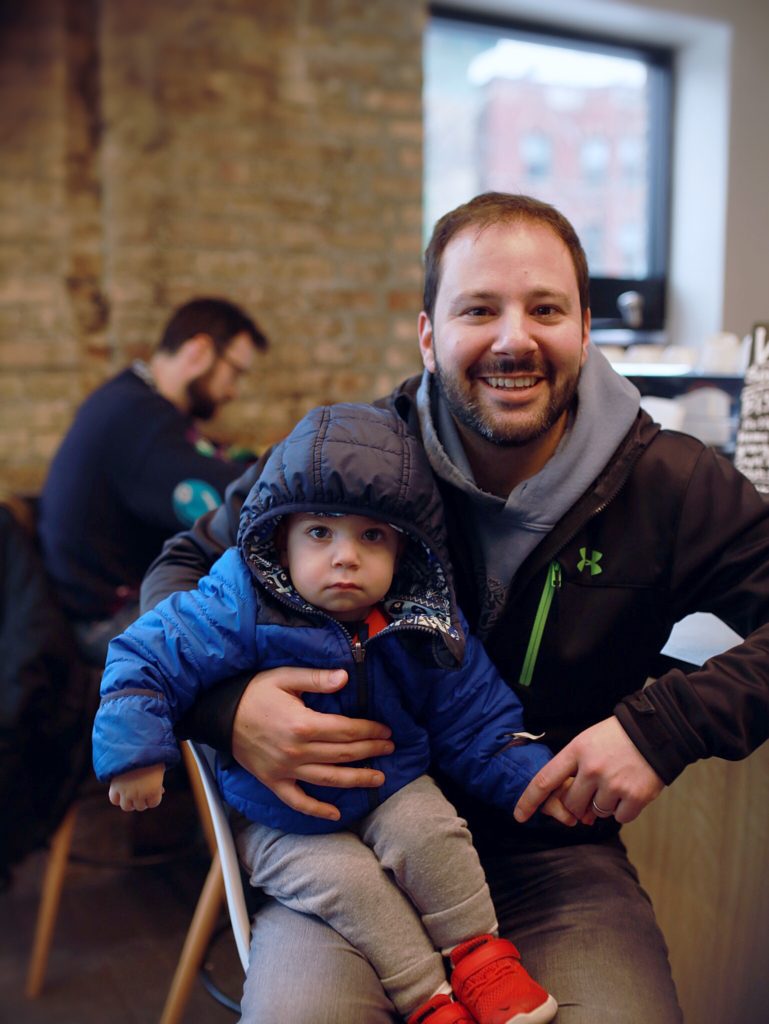 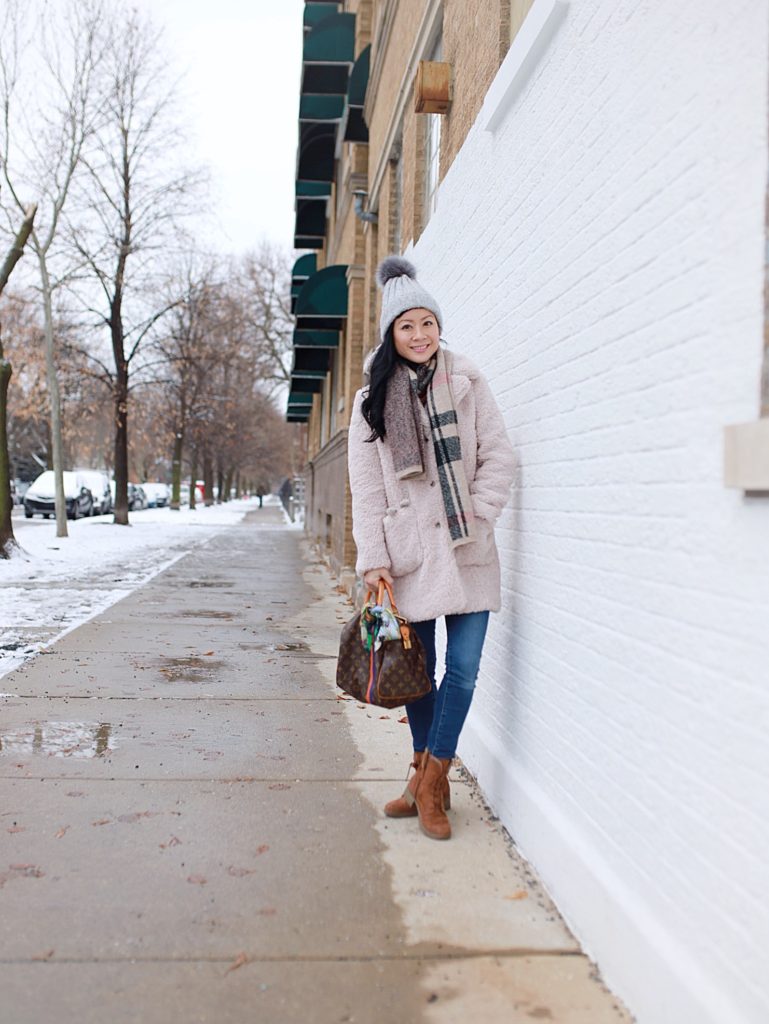 let me start by saying it took us months for us to plan a get together for the ‘three’ of us. one weekend after another, we were busy, busy, busy! fiiiiiiinally, we were able to tie down a date and voila! we met up on the rainiest of rainy night there was!

we all met at dana and scott’s pad in ravenswood {we arrived exactly when irina and patrick arrived! we totally ran into them at the front of the building! talk about timing!}. we decided to start off with drinks there and then scoot on over to a restaurant in their ‘hood. scott and patrick drove over to the eatery {don’t ask} and hc, dana, irina, and i walked. we were so lucky to get a pocket of no rain during our trek because the rain that day was no joke!

we finally made it to our destination and grabbed a booth. it was a wee bit cozy with the six of us but no matter…i hate not hearing others around me in a conversation and we didn’t have to scream at each other. i’m definitely not a fan of environments like that.

we laughed, we talked, we ordered drinks, and ate lots of yummy food. i love these peeps. such a good, good group of human beings. everyone is so funny, witty, engaging, sweet, and thoughtful. there’s no place for a dull conversation around these folks!

during dinner, the rain ensued. the downpour from the sky was no joke. we watched in amazement as the water right next to the restaurant slowly raised up on the street and by the gutter. we wickedly laughed as people walked through it, completely taken off guard at how hight the ‘puddle’ was! it was so dark, rainy, and most pedestrians couldn’t see how deep and high the water was! one person after another would run/step through it, shocked that it was almost up to their knees! eep!

after dinner, irina and patrick said their goodbyes {they had parked right by the restaurant} and scott, dana, hc, and i walked back towards their place {and thankfully during a dry spell from the sky!}. we were being sooo silly! of course scott and rich stayed back and talked while dana and i walked ahead and gabbed. since dana and i were wearing rain boots, we were being super silly and decided to run through puddles! ha! we saw a big puddle ahead on the street we were crossing, we giddily held hands and ran across the street, laughing hysterically as we splashed through multiple puddles! oh em gee. we were having a blast!

we finally reached our car and said our goodbyes. it was a fun, fun evening spent with two fantastic couples! evenings like this always have a place in my heart! 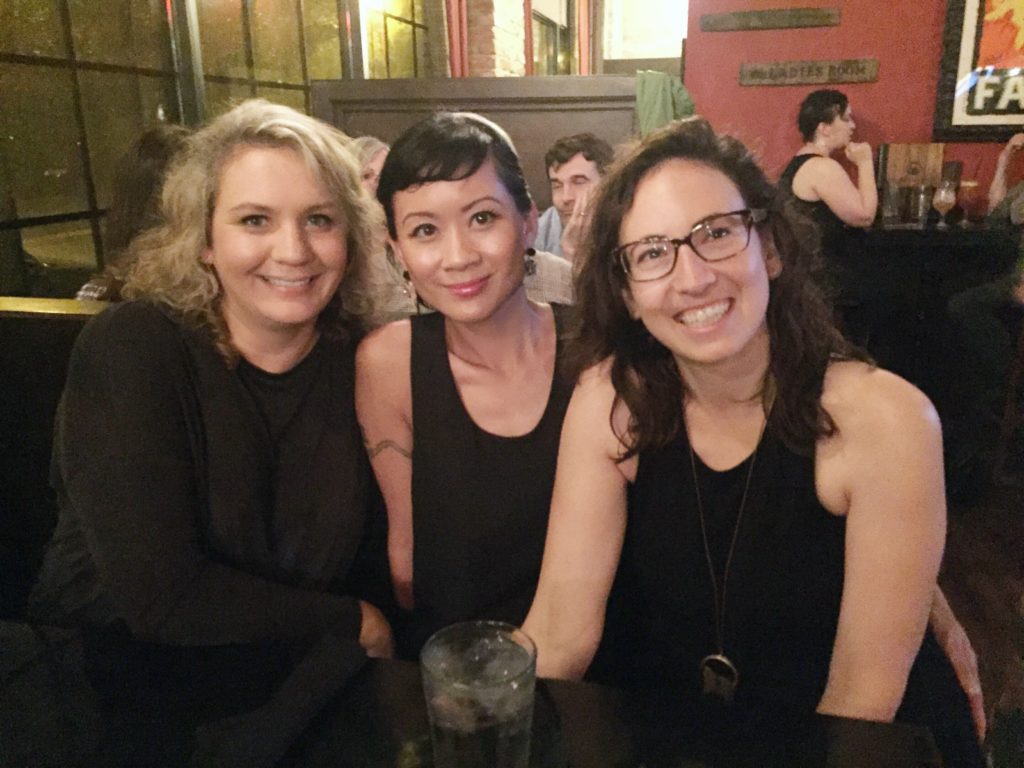 [me and my lady friends]