our annual visit with the big guy in red happened the other day! i didn’t tell the girls until we were about a minute away. olive got sheepish and ellie just didn’t care. i usually make reservations every year but this time around, i was like – let’s just wing it. i usually find that they are pretty good at getting non reserved families in and i was right!

we walked in, signed up and we were the second family to see santa! they snapped a family pic first and then the kiddos. it was cute! i wasn’t expecting to be in any pics but it was super nice to have one together {since we can be so bad at taking a family photo together}. the girl’s picture turned out so sweet too!

after those photos, we waited in line to walk into santa’s airstream trailer. when it was our turn, olive excitedly walked towards it. we walked inside and there was santa! olive was so anxious, excited, and nervous. ellie was like – nope. ‘who’s this big guy in red?! make sure i stay far away from him!’ hahaha!

olive gingerly walked towards him and sat next to him while hc held onto ellie. i encouraged olive to tell santa what she wanted for christmas. she had her hands slightly clasped and she looked right at him. as she started to speak, her voice was not quivering but her hands were slightly trembling, she told him she wanted a mermaid barbie, lol dolls, a cinderella doll, and a blue car with a big engine. it was soooo flipping adorable to see. she really wanted to tell santa what she wanted and practiced it with me before she went in. she did so well! i was so proud of her!

then hc set ellie down for a picture and it all went downhill for her! eep! well, as you can see in the pictures below…it was a very successful visit! after that, we walked away feeling so good {ok, minus ellie} and headed to dinner. after eating, we shopped around a bit in the mall and then headed home.

BUT not without losing bunny. that is a loooooong story. we thought we were donzo. that bunny was gone. we called all the places we were at and no one had bunny. we went home without him and we were devastated. especially olive. hc went back the next day to backtrack everywhere we went. he went back into stores and had no luck. then a christmas miracle happened. he searched the grounds and right in front of eddie bauer, there was bunny!!!! someone had found him and placed him up on the store front’s windowsill. bless their hearts for doing that! hc saved the day!

we had such a great evening! it really was! we had so much fun {minus the missing bunny}. santa’s visit was a success, dinner was so fun and yummy {the girls were sooooo stinking cute and well behaved}, and we had a good time shopping the mall and picking up some extra goodies! 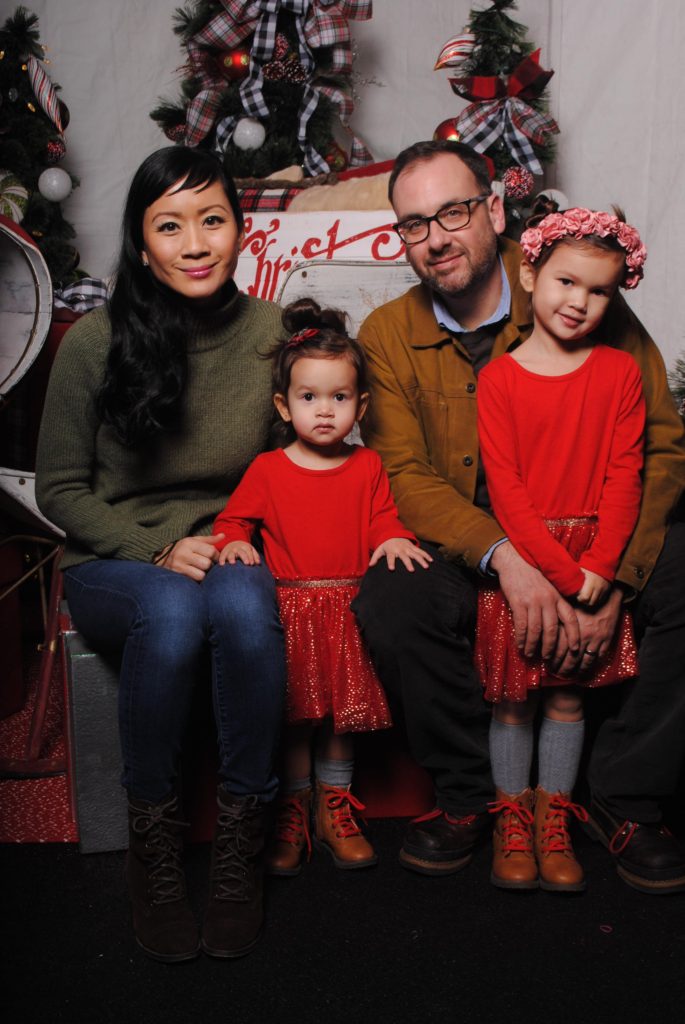 [our family photo! i loved that they did that for us] 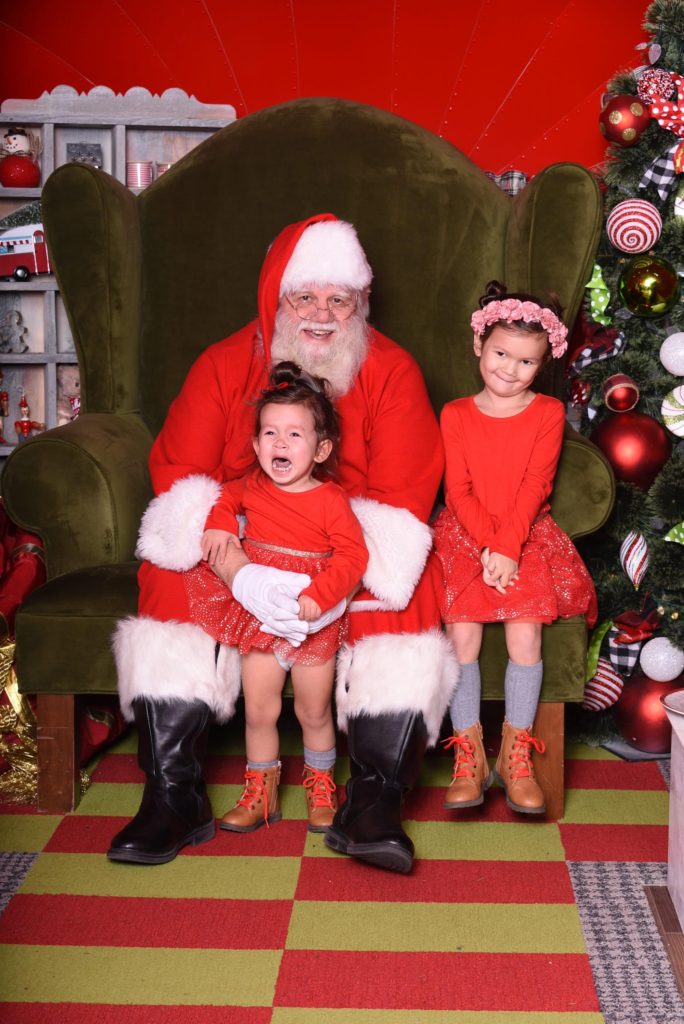 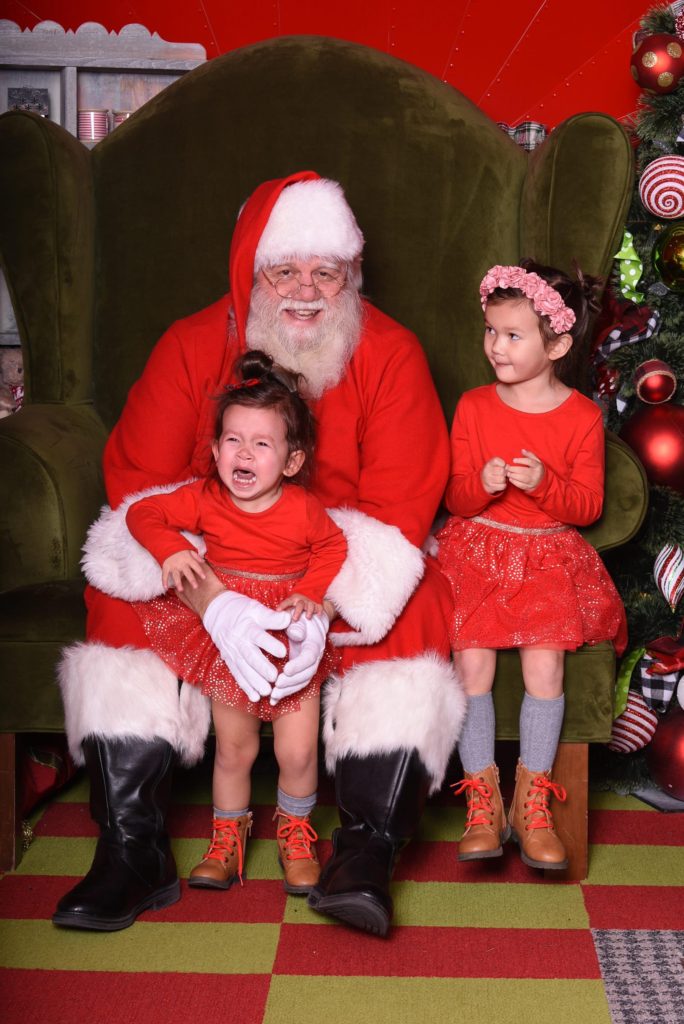 [olive is so mesmerized by him! ellie, not so much] 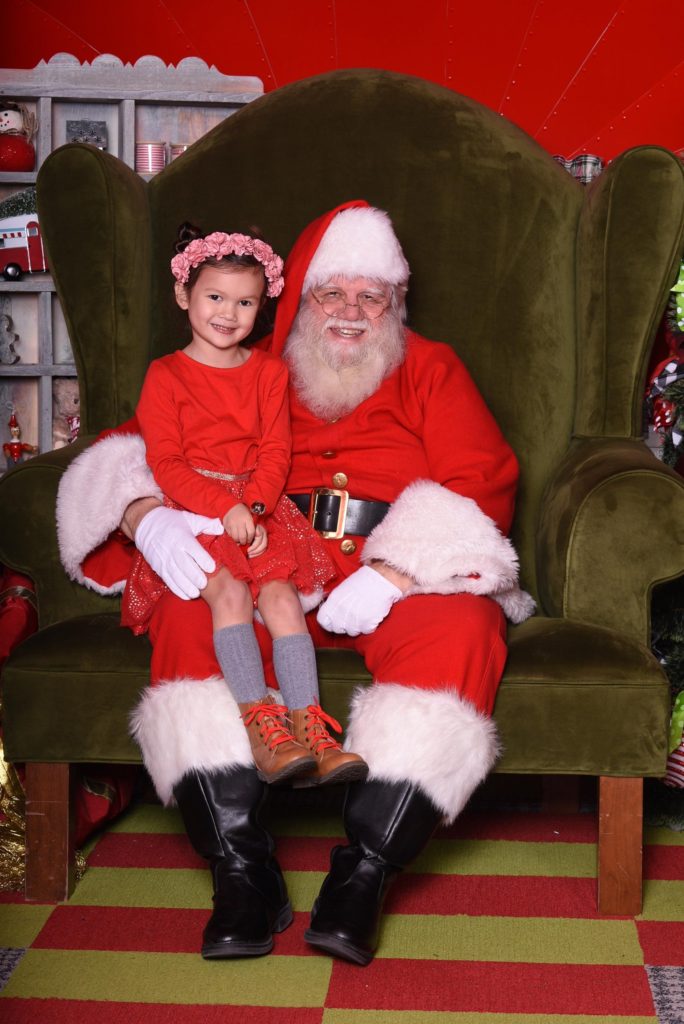 [she was sooooo excited to sit in his lap! what a difference from last year and the years prior!]