every year, since olive had been born, she has despised her visits with santa claus. one picture after another, year after year…she is absolutely frightened and as a parent, i find it disgustingly hilarious!!!!

well this year was absolutely no different. a couple weeks before our visit to the big man, i asked olive is she wanted to visit santa and ask him for presents. she said no. i said, “don’t you want to ask him for gifts?!” and she said, “i don’t want to sit in his lap.” and i said, “you have to if you want to ask him for presents this year” {honestly…doesn’t anyone else find it so odd that you make your kids sit on a strange old man’s lap and ask for gifts?? hahaha!}. she then says to me, “reagan and bennett don’t sit on his lap!” oh yeahhhhh? i grabbed my phone and showed her a picture of her cousins sitting on santa’s lap from the other week. her jaw practically dropped. she stared in silence and disbelief at the picture for a good solid 30 seconds. then says to me, “i don’t want to sit on santa’s lap” and that was it.

so came the night we were going to visit santa. hc came home from work and asked if i told olive what we were doing tonight. i said no. he said, “aren’t you going to tell her?!”, so reluctantly i did. i called her over and said, “olive, we are going to see santa tonight and ask for christmas presents” and surprisingly she said, “ok” and walked to her room to change her clothes. whaaaa? i was dying. she is so funny and cute!

we arrived and olive was soooo somber. she whimpered a bit and mumbled something about not wanting to see santa but i could tell that she knew she was going to see santa whether she liked it or not. especially with her steadfast, crazy mama standing in front of her {obviously this whole thing is more for me than her! eep!}. olive knew there was no saying no.

first, the kids sit down and take pics of just them in front of a sleigh. olive spied santa around the corner and she couldn’t stop staring at him!!! i am so amused that the photographer caught her nervous glance on camera! olive and ellie did so well with their sit down pictures together in front of the sleigh. then came the santa pics…olive nervously sat on the edge of the chair. santa was super sweet with her…he asked her what she wanted and they exchanged words back and forth about dolls, fairies, unicorns, horses, teddy bears, etc. i was soooo proud of her! she actually did a great job talking to santa. she was very quiet and reserved but totally didn’t have a meltdown!

then came the moment we were going to place ellie in his arms. watch out!! hc placed her down in his arms and she flipped out. FLIPPED out! her boots flung off her feet faster than a tesla roadster. ohmergawd. it was hilarious. olive actually smiled but she was totally fake smiling and her hands were clasped so tight out of nervousness! oh my poor girls!!! they were so scared!!! but gosh…it makes for the funniest pics!! so sadistic of me, non??

anyhoo, and that was that. i must say it was a pretty successful visit! the pics turned out great, i absolutely love the one of just olive and ellie in front of the sleigh…my favorite! well, ’tis the season to make your kids do crazy things! ha! happy holidays y’all! 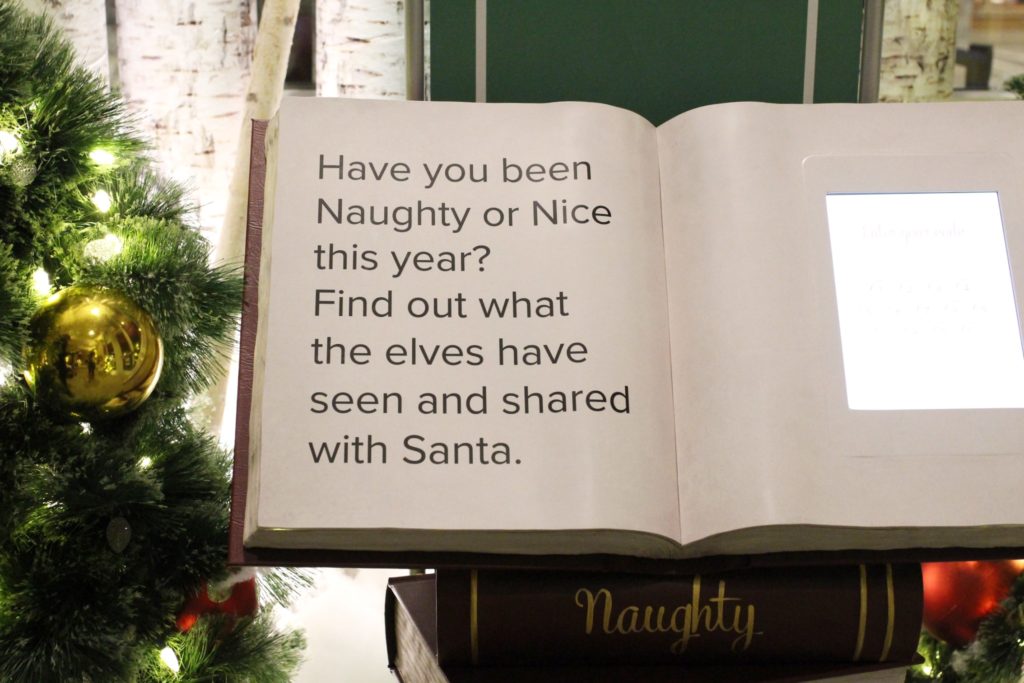 [very unsure of what is about to happen…] 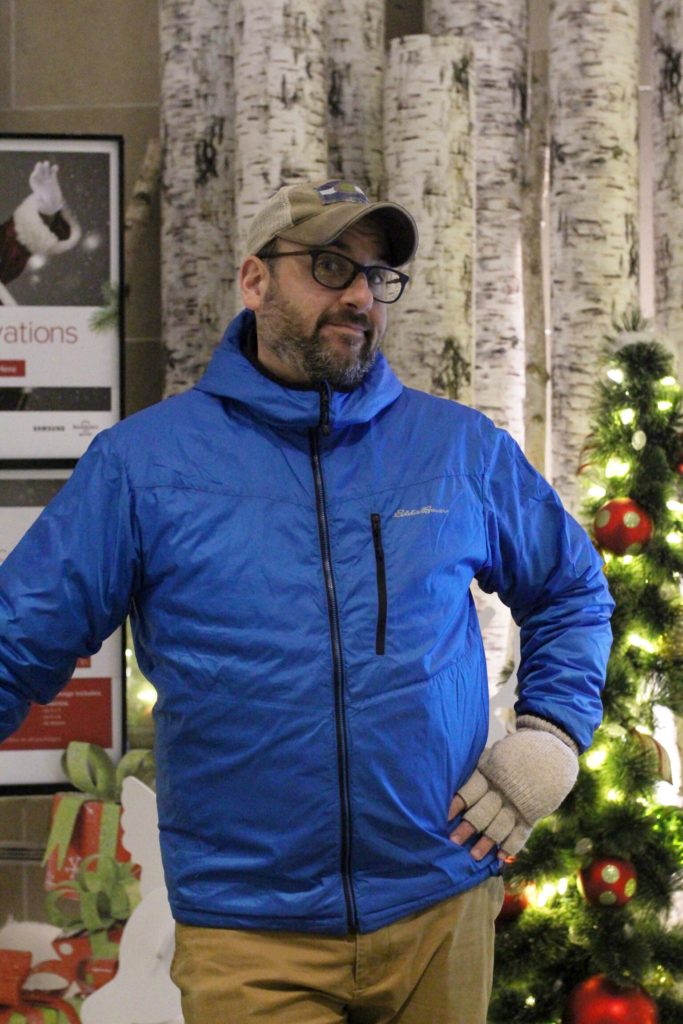 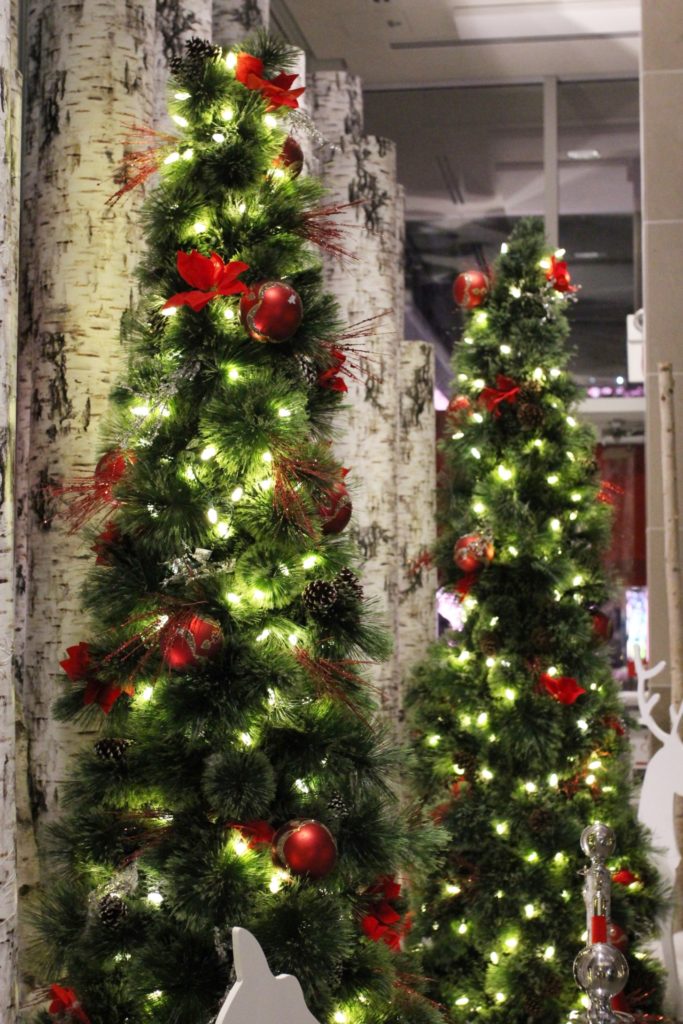 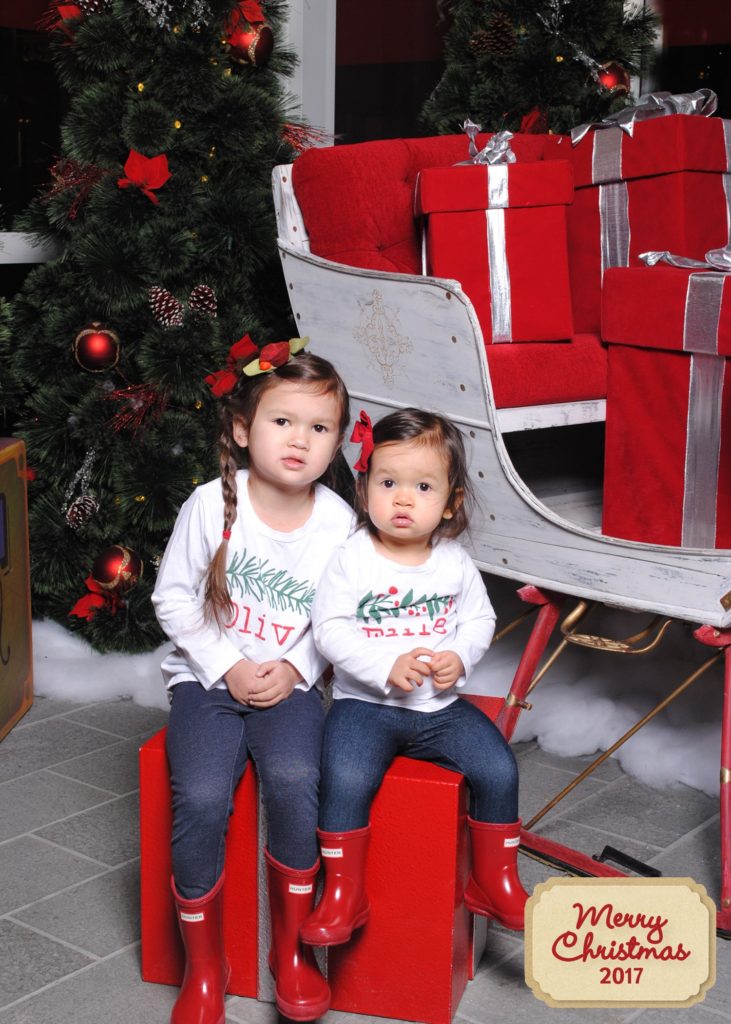 [could this be any more perfect? olive spied santa from a distance and was soooooo nervous!]

[check out that fake smile olive has and ellie…well that speaks for itself!]

[her shoes flung off so fast!] 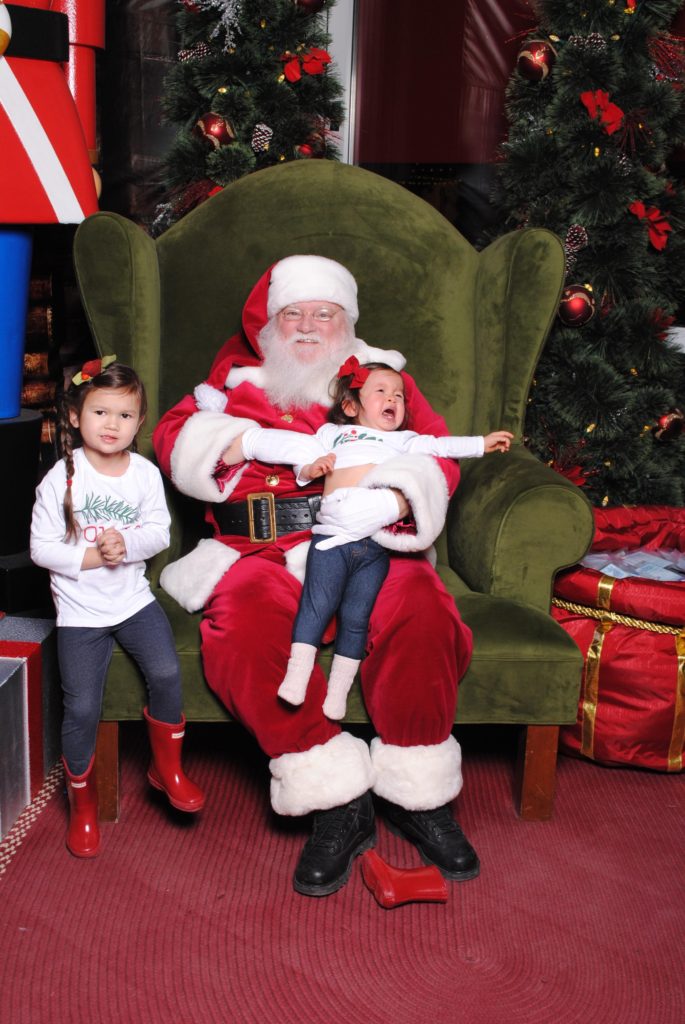