olive’s pre-k holiday program was this past week! the last day of school before winter break. i was looking forward to this for weeks. olive practiced her songs with us, at home, several times. although, at first we didn’t realize all the songs she sang were part of her holiday concert! we just thought she was learning fun songs at school.

well the day had come and i dressed olive up in the cutest, most festive holiday outfit i could rummage out of her closet. she looked so darling in her tutu playsuit and reindeer antlers.

we scurried to her school as early as we could because we wanted to nab a seat as close to the stage as possible. we were close…we scored second row! the kiddos paraded in and olive looked so confused and nervous. the teachers sat the kids down and after an announcement, the concert began.

olive had stage fright! to make matters worse, her nose was runny {we’ve been dealing with a little cold} and she was very bothered that she couldn’t wipe her runny nose and it tooooootally bothered me that i couldn’t get up there to wipe it for her!!! poor olive just stared blankly out at the crowd when they started singing their first song. she stared and stared throughout the first few songs and then finally started to warm up and sing along.

the concert was a success! olive was too cute and subdued during the whole concert but sang along for a majority of the songs. it was so fun to watch all the kiddos. of course there was a run away boy who circled the stage and the girl sitting next to olive was so excited and animated! it was hilarious to see how reserved olive was and how boisterous her classmate was! total opposites!

once the concert was over, we were able to take photos of our babe and then she was able to join us and we were able to leave for the day. although olive was really bummed there was no school after the concert! she wanted to stay for school and was a bit upset…awwww, that was too cute.

i was so happy to see her first holiday school program. it completely warmed my heart to see my baby girl perform! it was a great moment that filled my soul with joy. 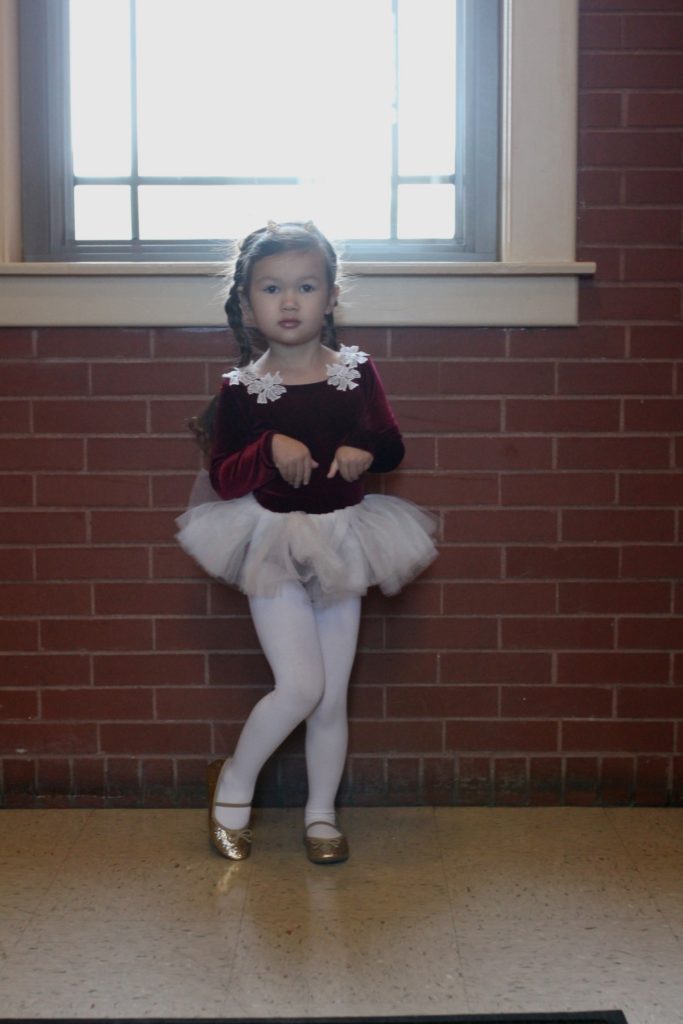 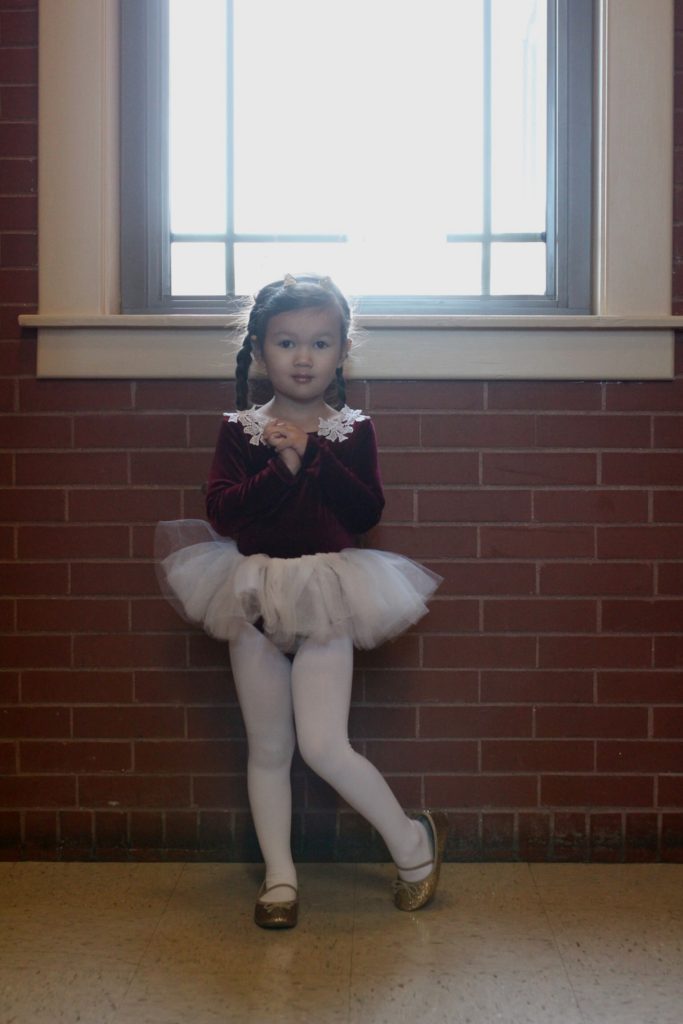 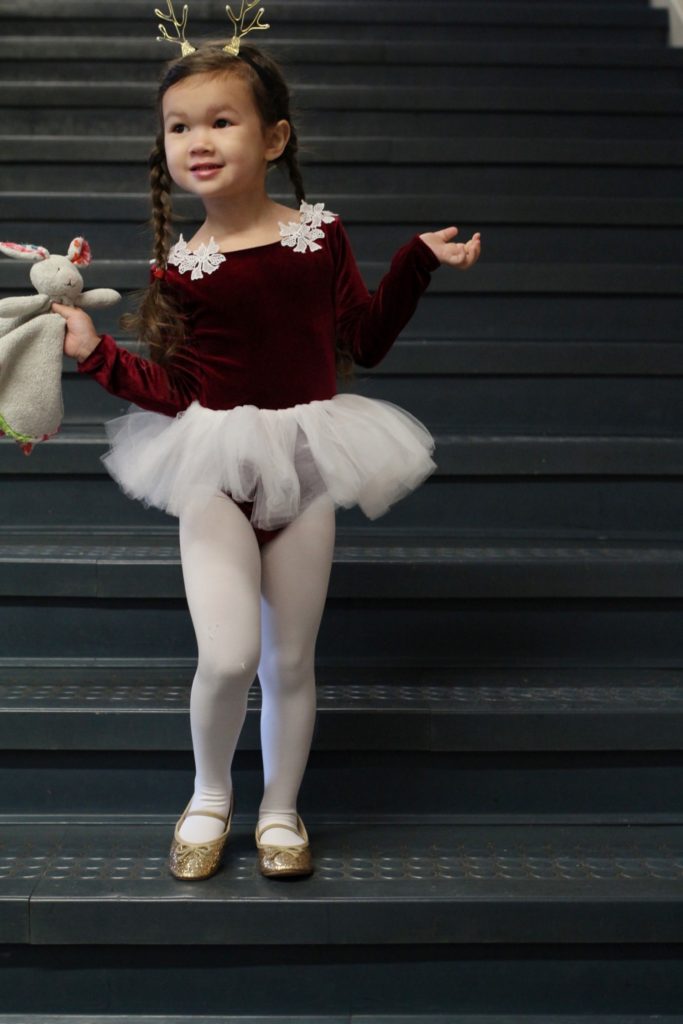 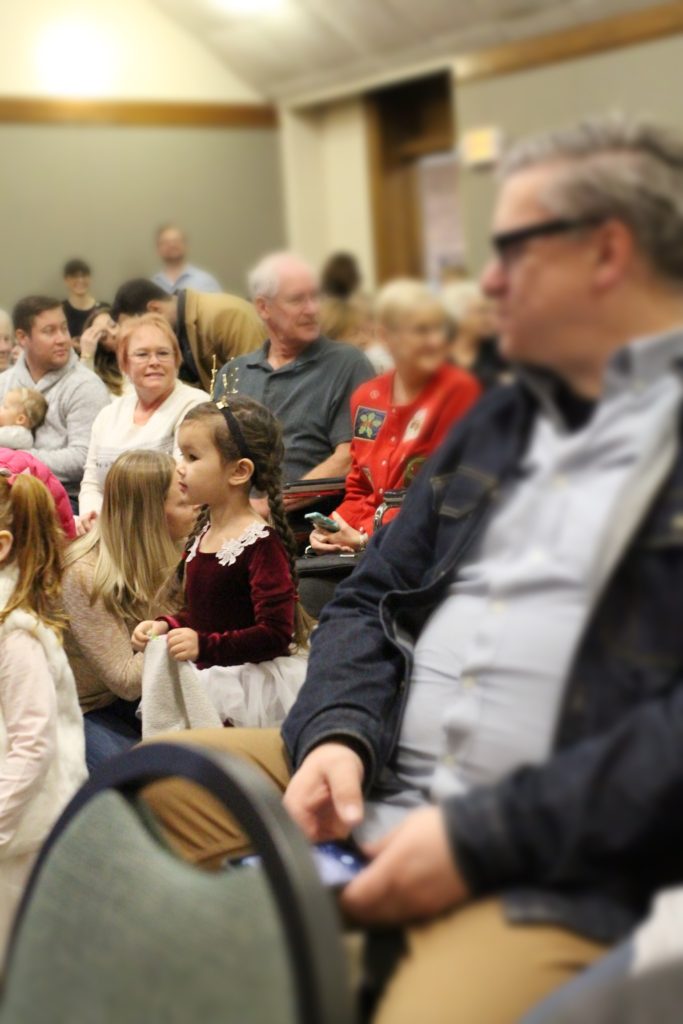 [i forgot that i had left her with her bunny!] 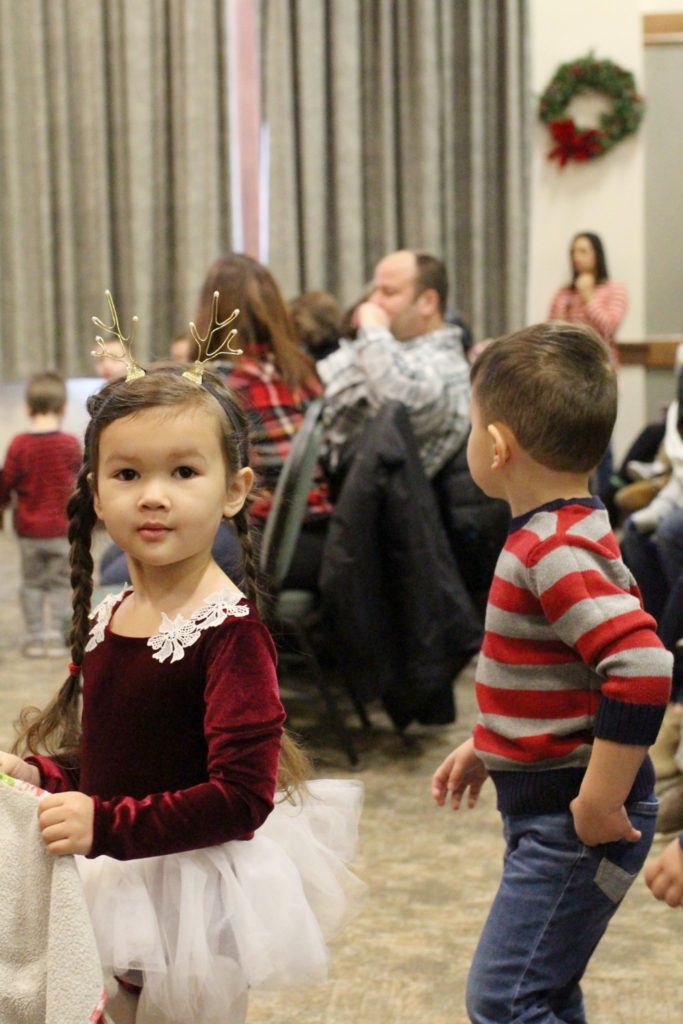 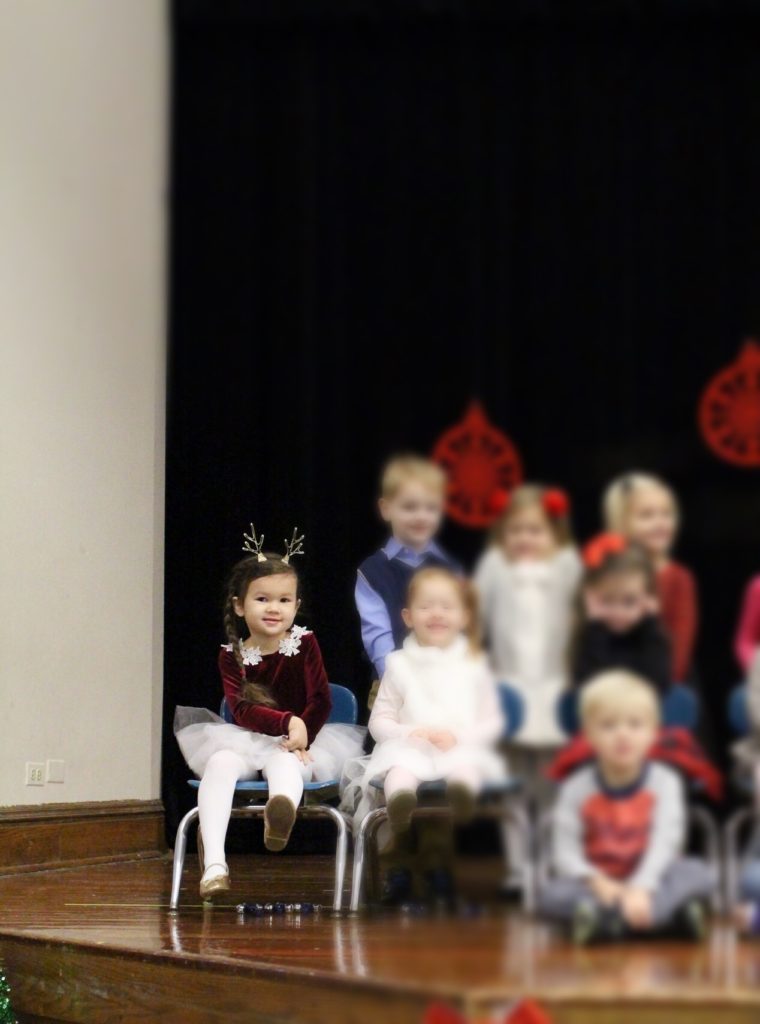 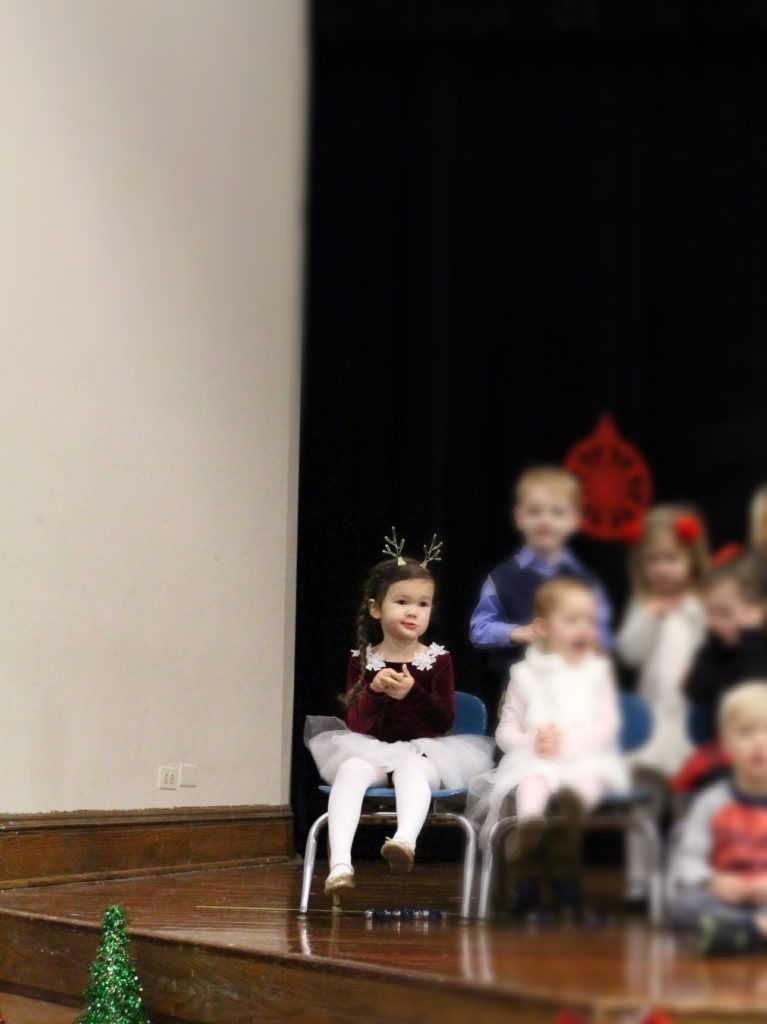 [she’s not quite sure what to do yet] 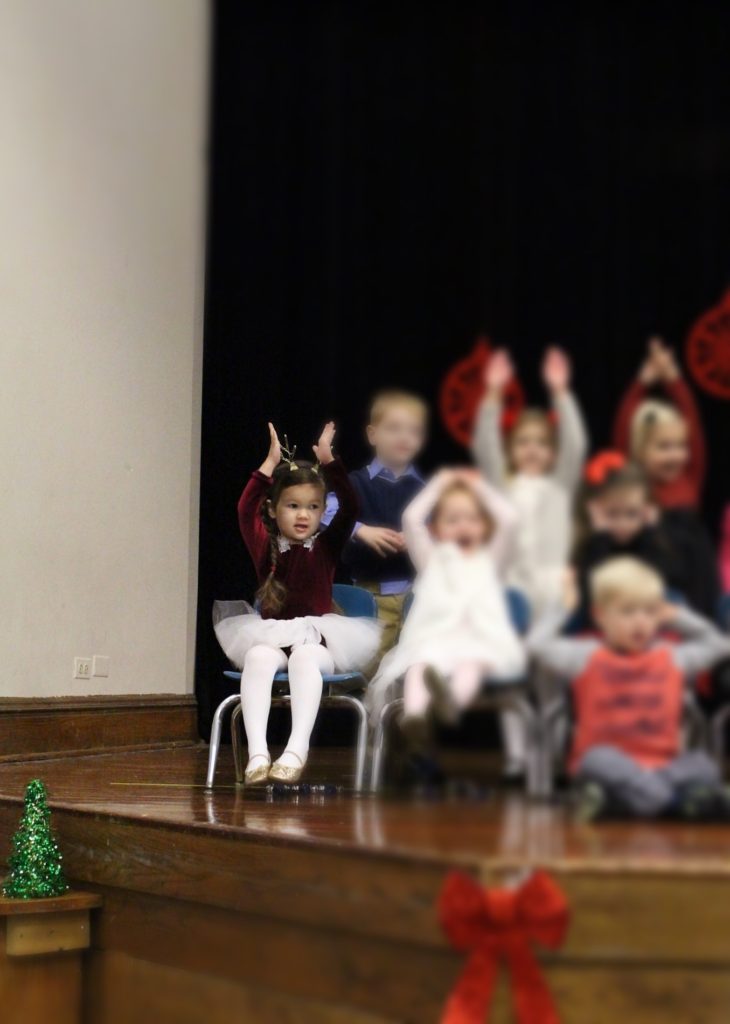 [finally warming up and joining in!] 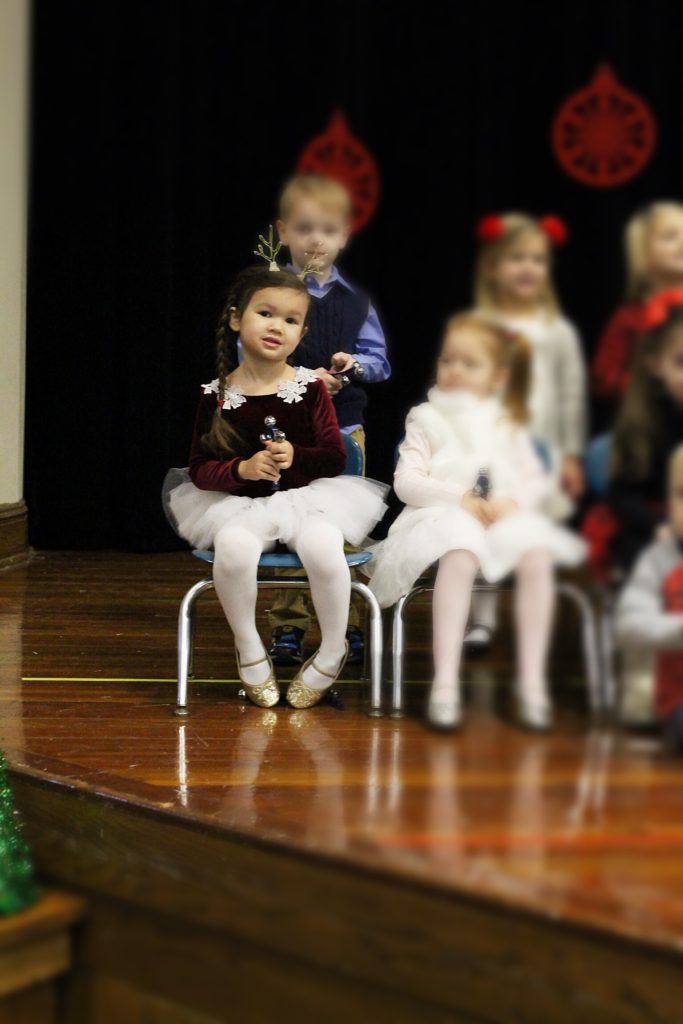 [they’re all done! hurray! it was an awesome holiday concert!]