it’s been awhile since i have seen ryan. i was super happy when i found out that hc had finally made plans with him to come over…he hasn’t seen our new place!

while we were getting ready, hc walked out to the garage and didn’t come back. i assumed he was walking out to get something and would return within minutes but fifteen plus minutes rolled by. i was confused on what he was doing out there! the front door finally opened and in came hc and ryan! yay! big hugs for cousin ryan! 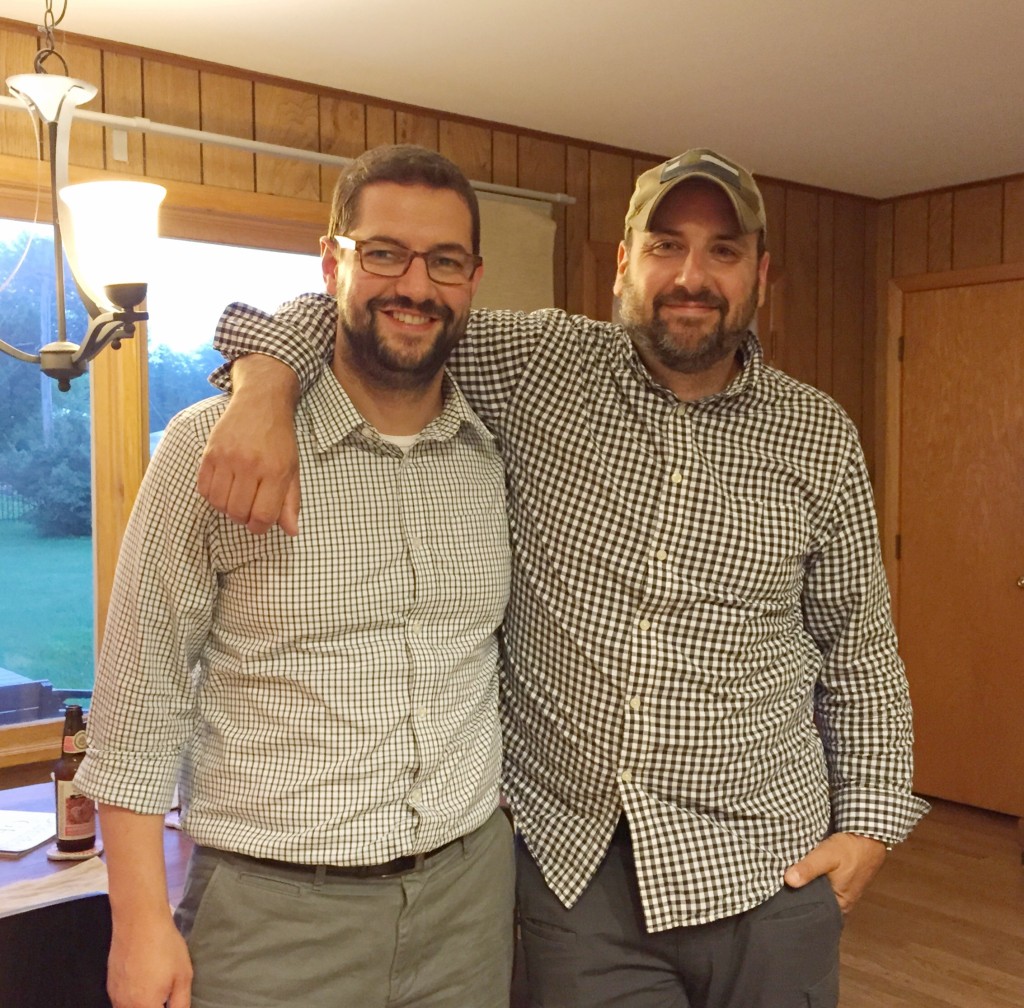 [can you tell they are cousins?]

it was so good to see him. he is such a great, sweet guy. we wanted a no fuss night, so we ordered pizza for dinner. of course, hc took him on a tour of the whole house, natch. after the tour, it had just stopped raining {oh my, the rain around here has been non-stop}, so hc and ryan took a drive in the jeep to pick up beer and the pizza. 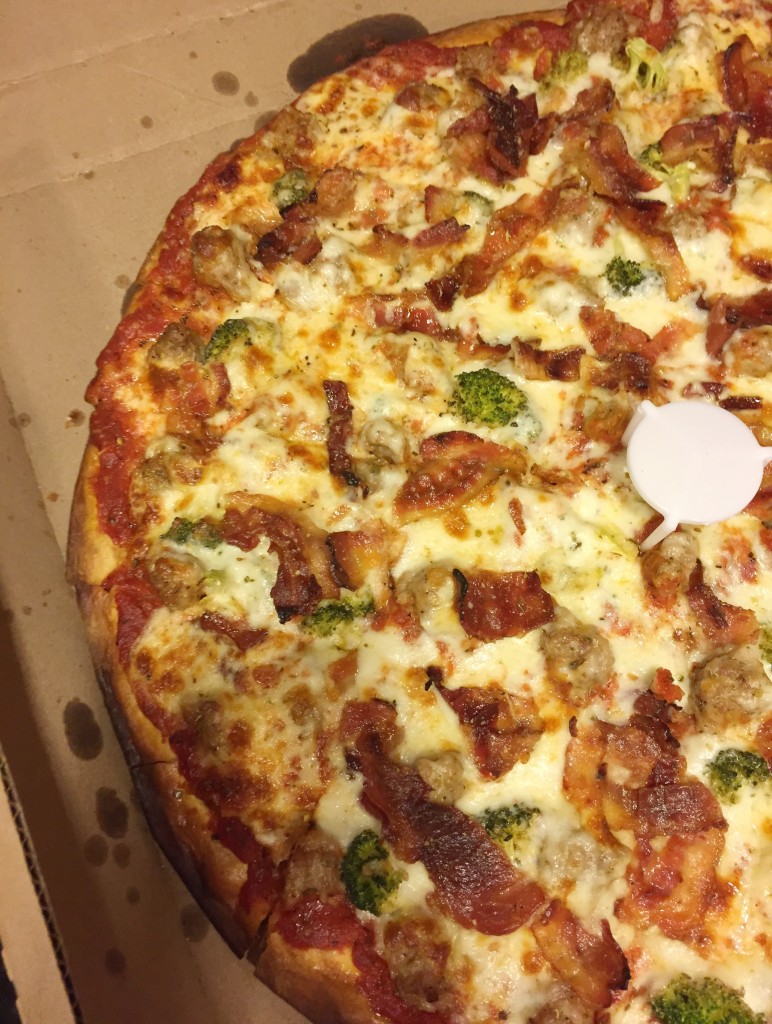 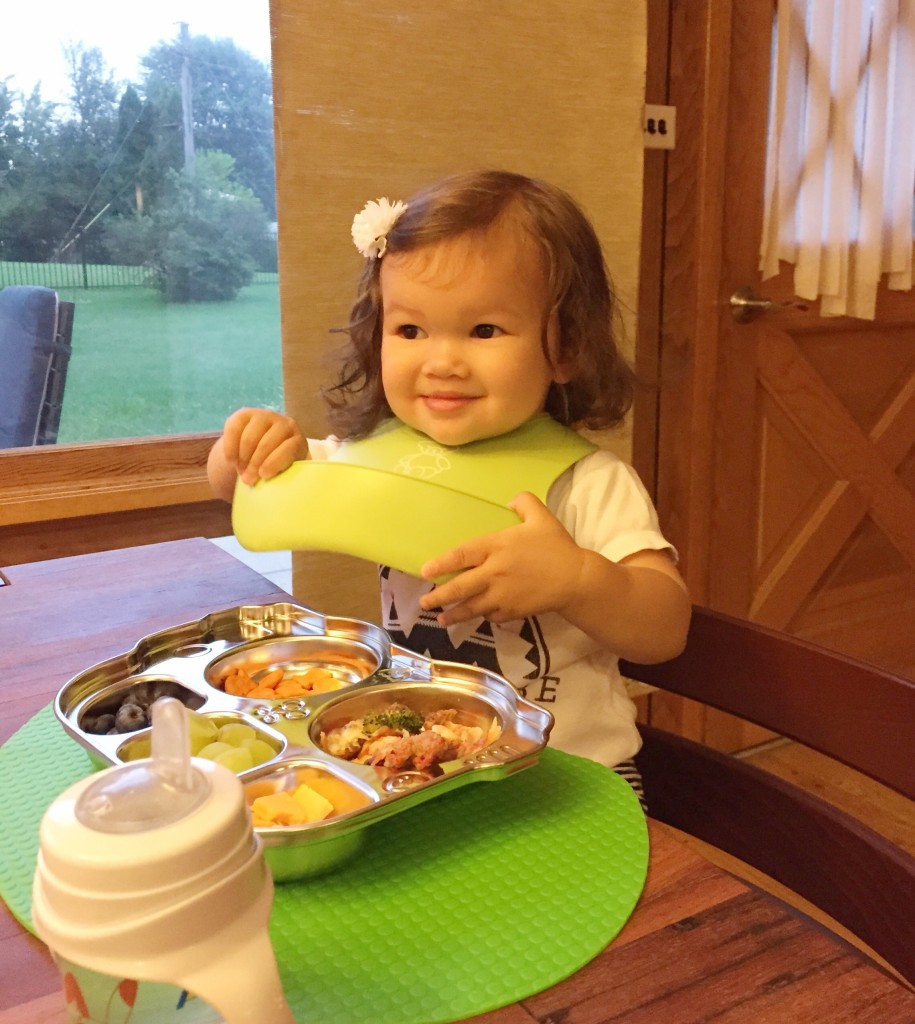 [flirting with ryan. look at her face. curious, interested, and shy]

they came back and we got down to business. ryan was soooooo sweet with olive. like crazy attentive, doting, sweet to her. he was smitten with her from the start. olive, on the other hand, was not. she ran from him, she turned her face away, and would not look him the eye. i say it every time…it takes olive a good 45 minutes to warm up to anyone. once she does, she’s so fun and sweet to anyone but it definitely takes awhile!

ryan played with her. he talked to her. he tried playing peek a boo with her. it took her just a wee bit to finally crack a smile. ryan and olive sat at the dinner table first while we were getting things ready. olive completely turned her head away from him and stared at the wall. ryan was persistent. he joked around with her until she started giggling and from there on…she was smitten. ryan was her best friend! 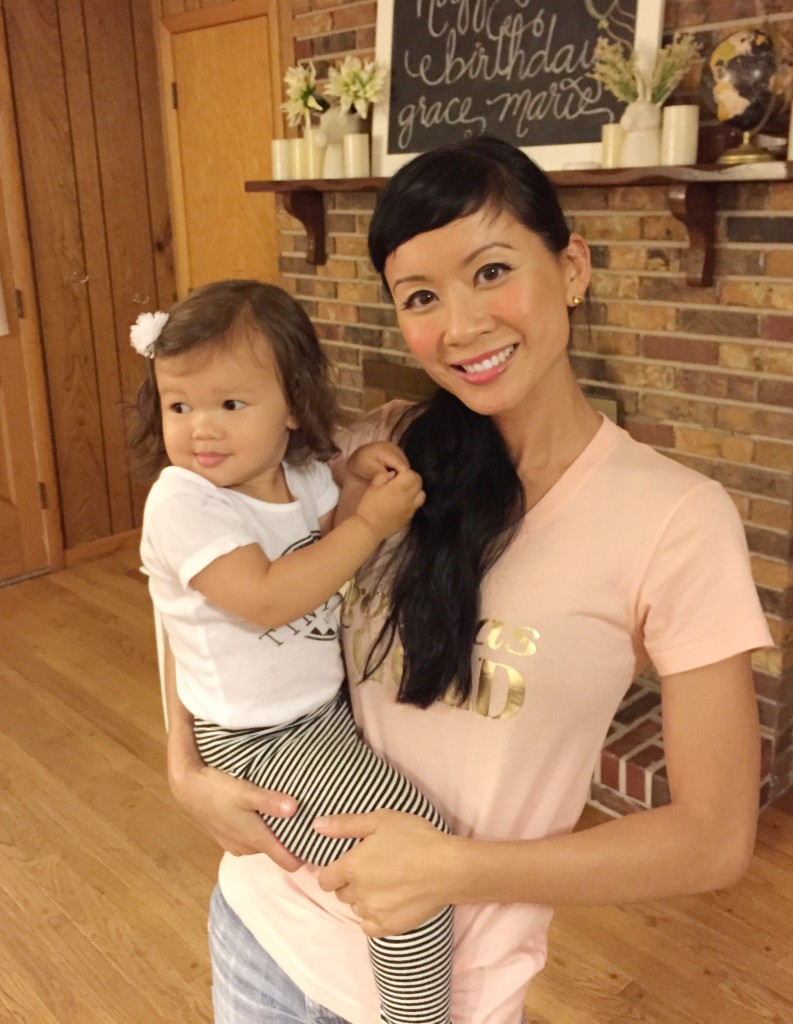 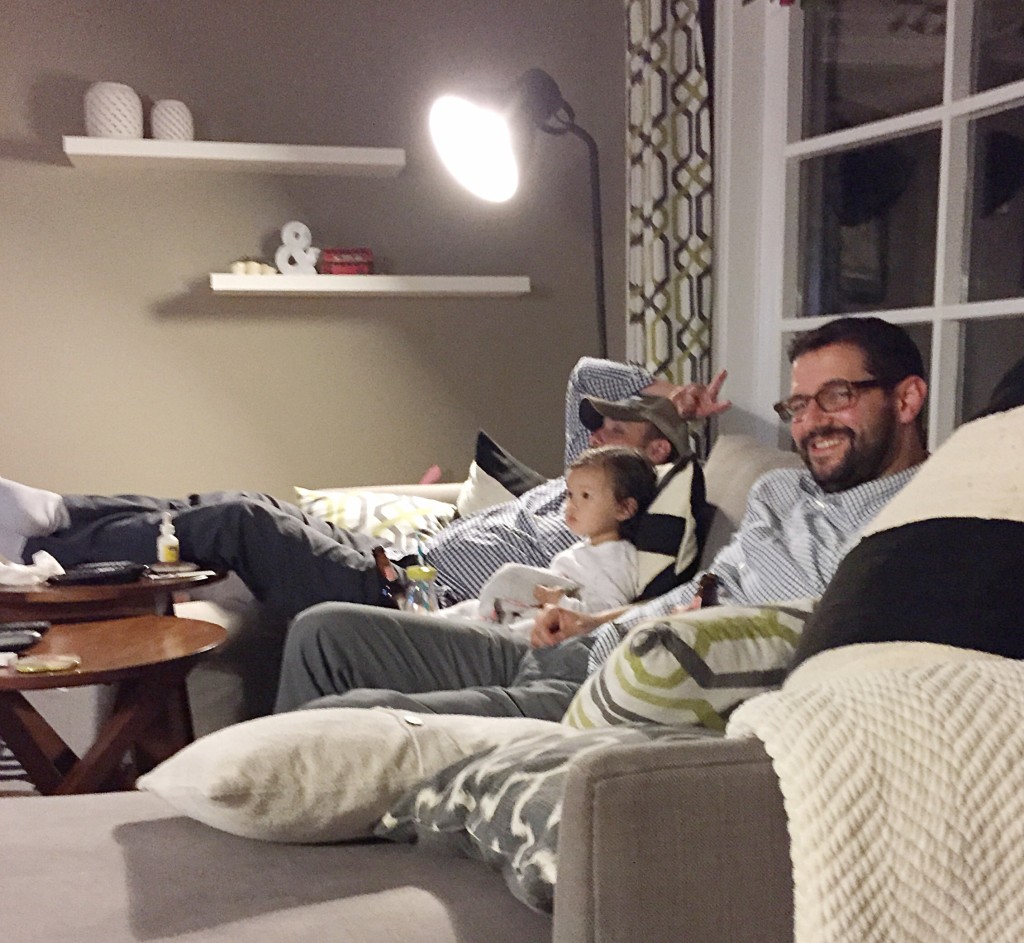 [olive watching a movie and us folks hanging out]

after some good grub and great conversations, we decided to move the party on over to the living room. i cleaned up the kitchen, gave olive a bath, and we all chilled while olive watched her movie.

it was great hanging out with ryan. he’s is such a wonderful person and besides that, we are family! he actually stayed for quite a bit. the only reason why he decided to leave was because hc fell asleep on the couch. yes. it was past his bedtime. there is my hubby snoring on the couch while his cousin is visiting!

so, we said our goodbyes and ryan drove away. it was quite the lovely evening.