i thought, oh – we should head out to every day’s a sundae! it’s so warm out and an ice cream treat would be perfect! hahahaha!

because of the limited number of people allowed inside the shop, we waited outside for a bit. so there we were, waiting in line…tick tock tick tock. it really did seem like a long time! then we read that only three people were allowed inside at a time. there was four of us, so i relented. i wasn’t feeling it for some reason…and i was the one who wanted to get ice cream! LOL really, it’s for the girls…it’s always for the girls.

anyhoo, it made sense for hc to go inside with the girls and let them pick something fun and yummy. after a few minutes, out they came with their cool treats! we decided to walk across the tracks to the fountain so the girls could enjoy that while eating their ice cream.

right as we got to the train crosswalk, a freight train came roaring by! it was so fun to watch and feel the energy and power of it whizzing by. the girls thought it was so cool!

we finally made it to the other side and that’s when all the ice cream craziness broke out. hc’s ice cream was spilling over the edge of his cup like it was running water. it dripped everywhere! out. of. control. i kept yelling ‘unprofessional’! i said to him, the first thing you do with a full ice cream cup is to scrape the lip of the cup and get all the ice cream that could melt over. he kept telling me he did. shyeah.

then ellie started dripping her ice cream everywhere! oh em gee. so i took over and was feeding her the ice cream. while i was scooping ice cream up for ellie. olive was like, ‘uh oh’. i turned around and she has tried to place her cup full of blue ice cream on the ledge but ended up putting half of it on the edge and it flipped over onto her dress and all down her leg and shoe. gahhhhhhh!

what. a. disaster. hc and i had to laugh. a scenic thought of getting ice cream on a warm summer day turned into a war with melting ice cream. haha! well, regardless, they finished their ice cream, we wiped our hands down, and proceeded to walk around downtown and soak in the gorgeous weather.

indeed it was a beautiful evening. 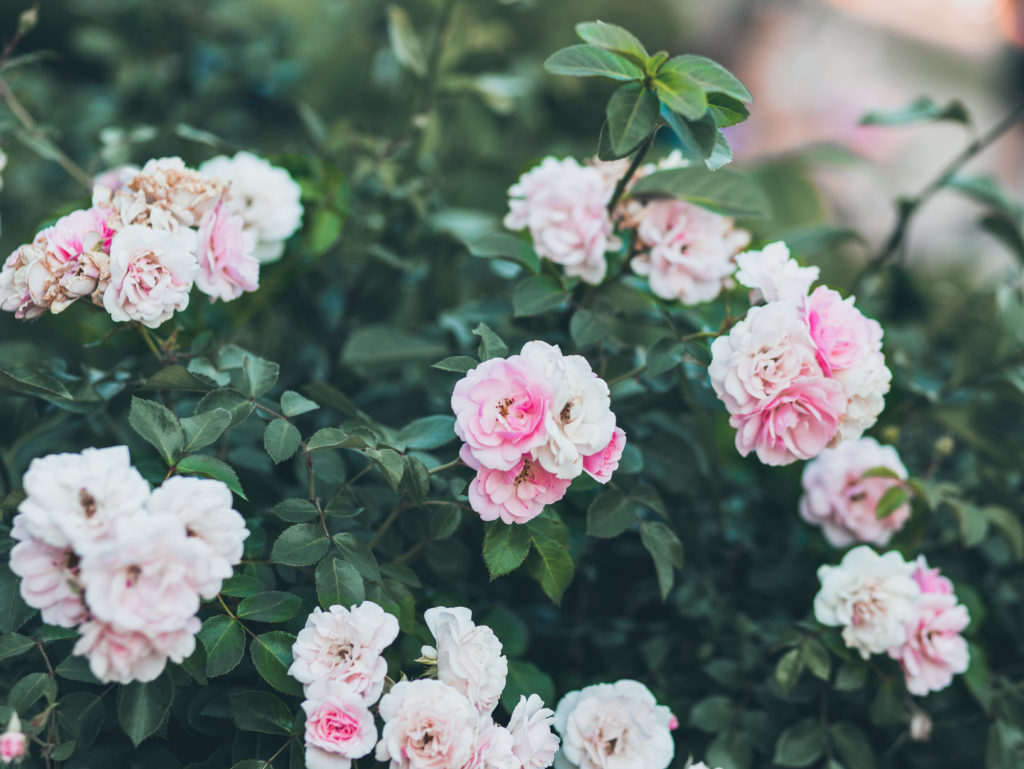 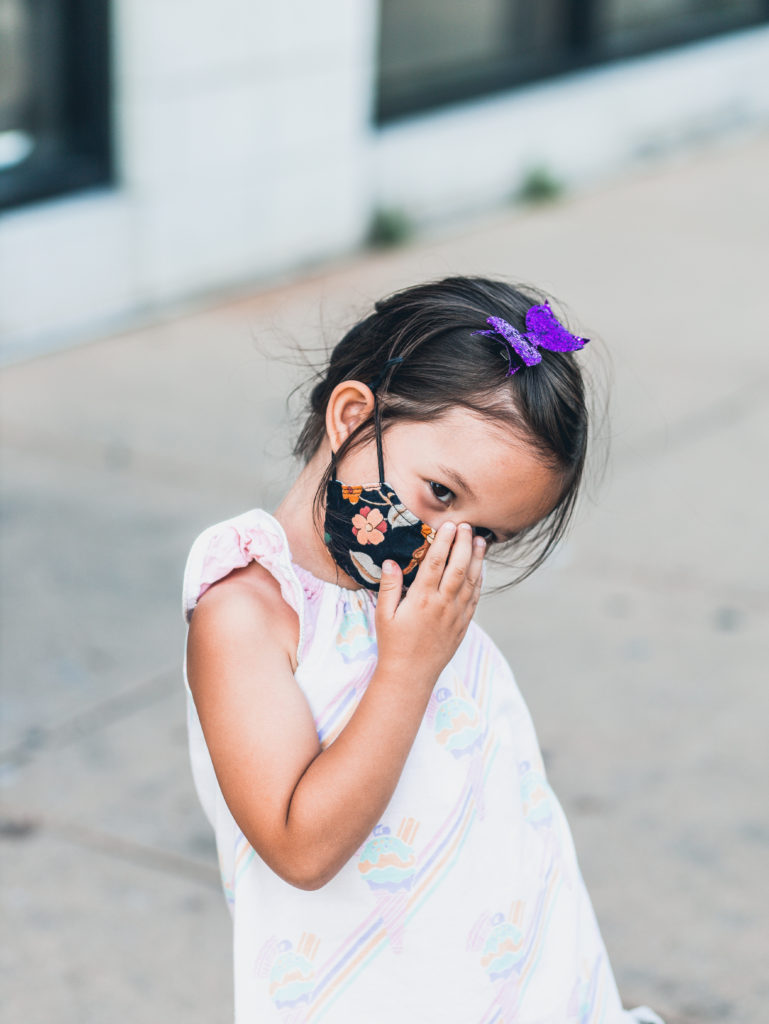 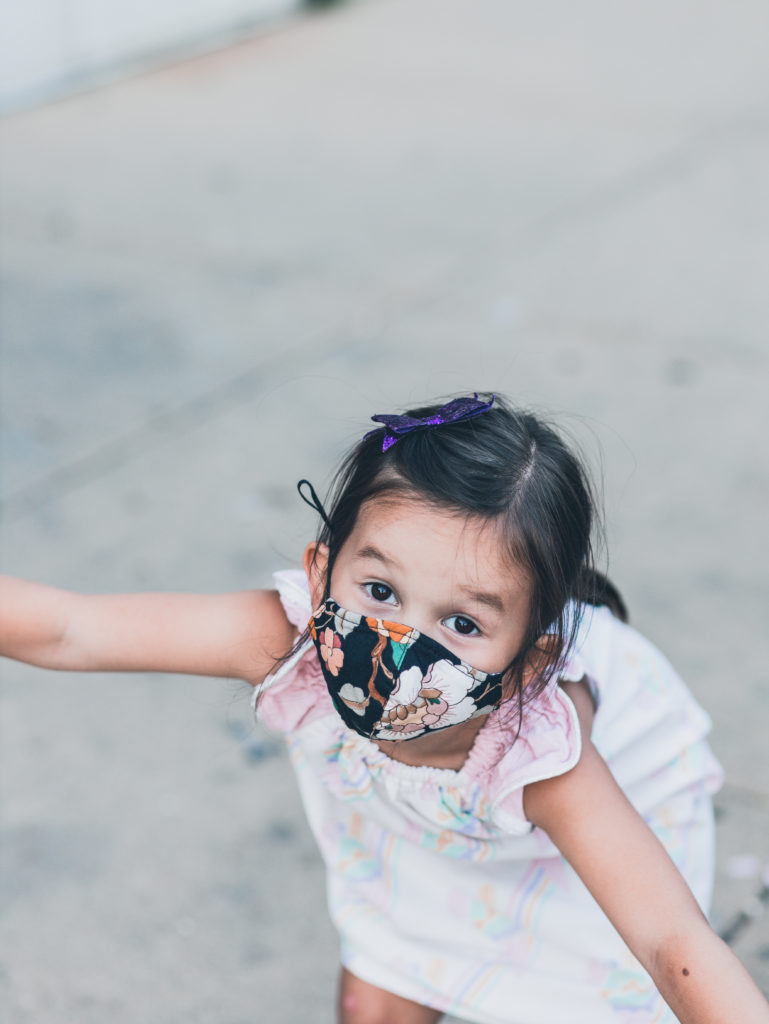 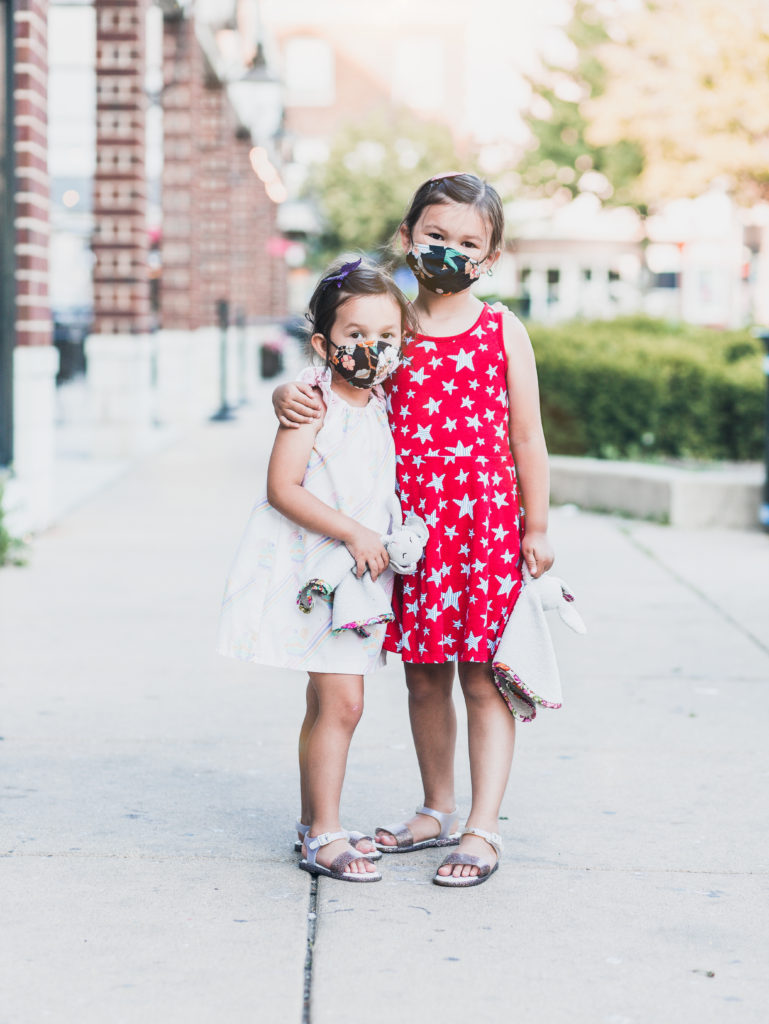 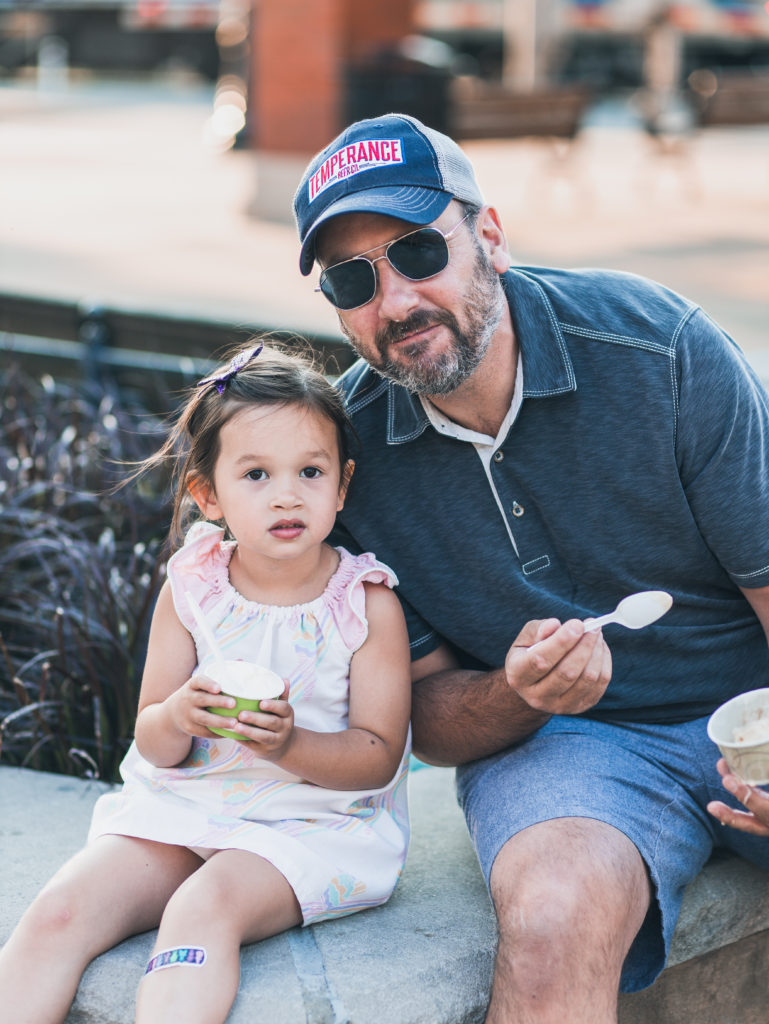 [enjoying some ice cream with dada]