hc came home from work and brought home some ingredients for me to make it a mexican meal night {woot, woot}, so cheesy quesadillas it was {does that say cheesy cheesy??!…natch}. i first whipped together some guac to go with our chips and eventually to dollop on our meals! most folks will say gauc should be simple, salt, pepper, a dash of lime but i do like mine to have a touch of tomatoes and onions {preferably red onions}. yuuuuummmmmm. 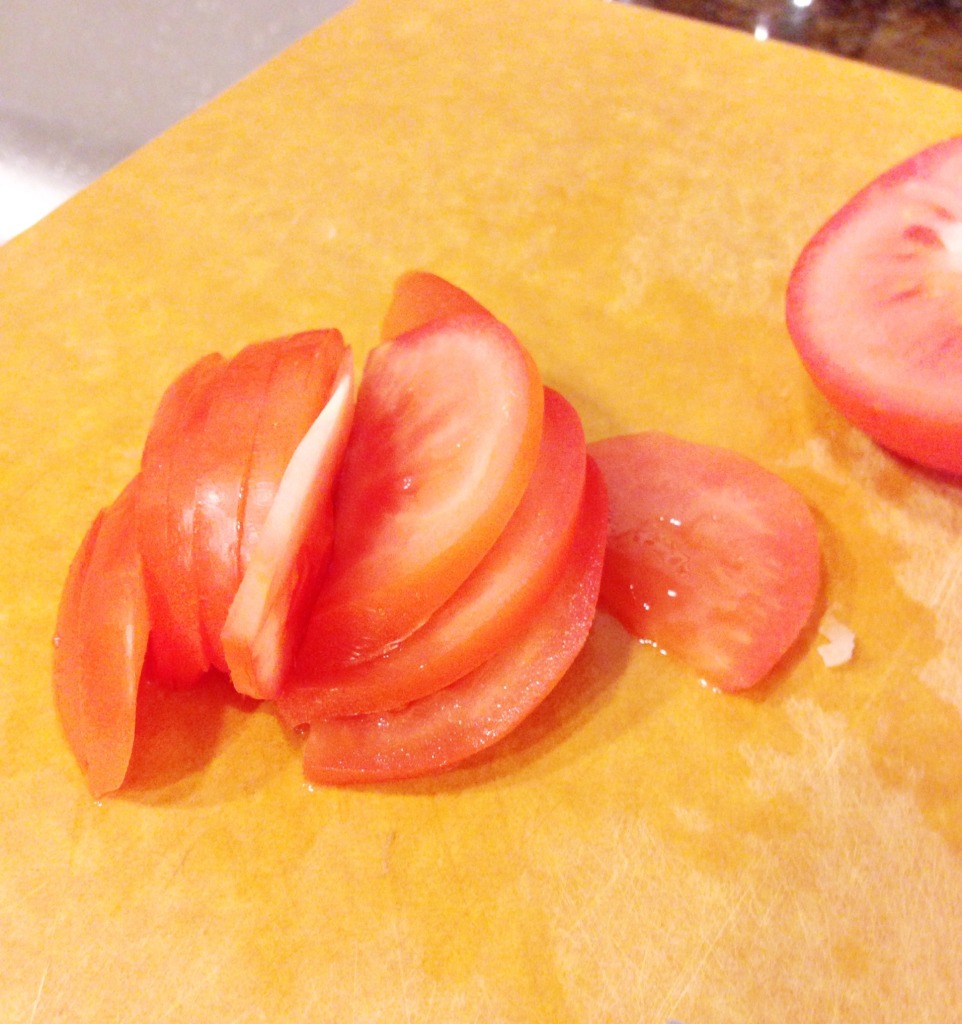 we broke open some coronas and lime and cheered our way to some yummy food. i started out cooking the sliced chicken on the skillet {a bit of olive oil…is that mexican?? 😉 }, on high heat. after the chicken was cooked {no pink!}, i scooped it out and threw in sliced onions {i have to always have a kick to it!}. i then threw the chicken back in {medium heat} and threw on some seasoning and water. like i said, it needs a kick, some flavor.

after the chicken was cooked. i threw some mexican rice into a pot of boiling water and started that, so it would be nice and fluffy once the cheesydillas were done. i then took the chicken and folded it into some tortillas. i buttered one side of the tortilla, threw a whole bunch of cheese on top of the chicken and folded the tortilla in half. normally, i would cook the quesadilla on a skillet until the cheese was melted and the shell was a toasty brown but i decided to put it in the oven to see how it would turn out.

um, i definitely prefer the skillet method. the oven did it’s purpose but i didn’t like how the tortillas turned out. a little too crispy for my taste. but all in all it was all so delicious! 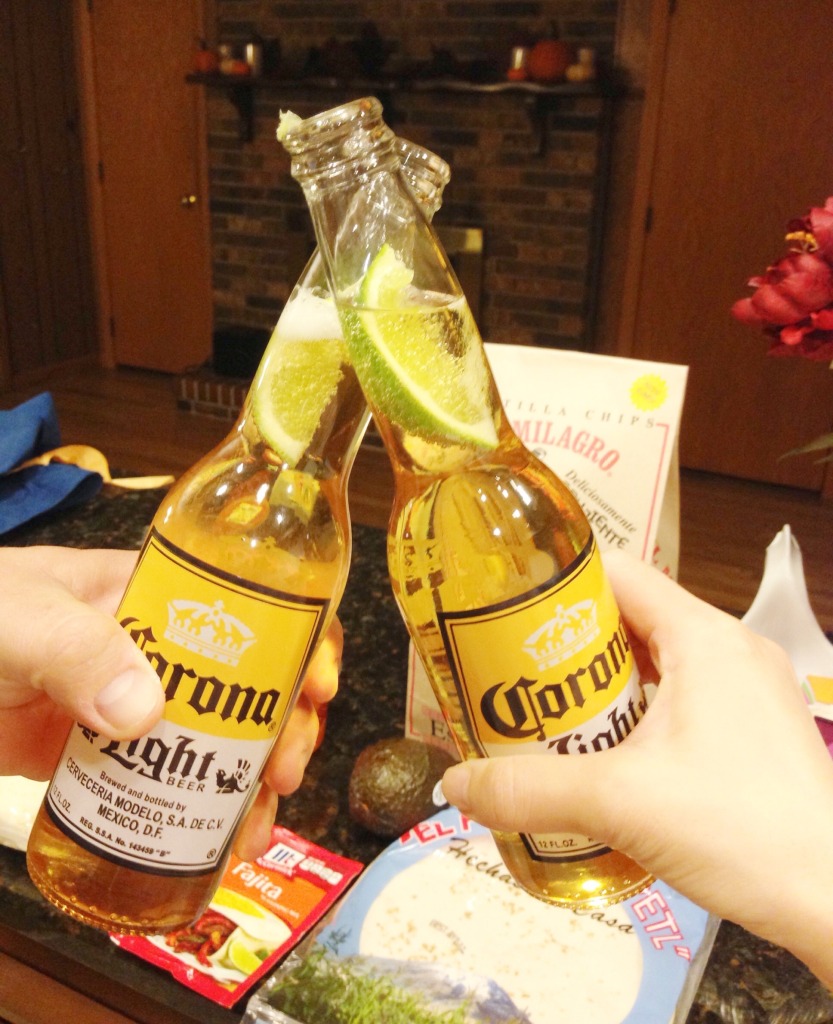 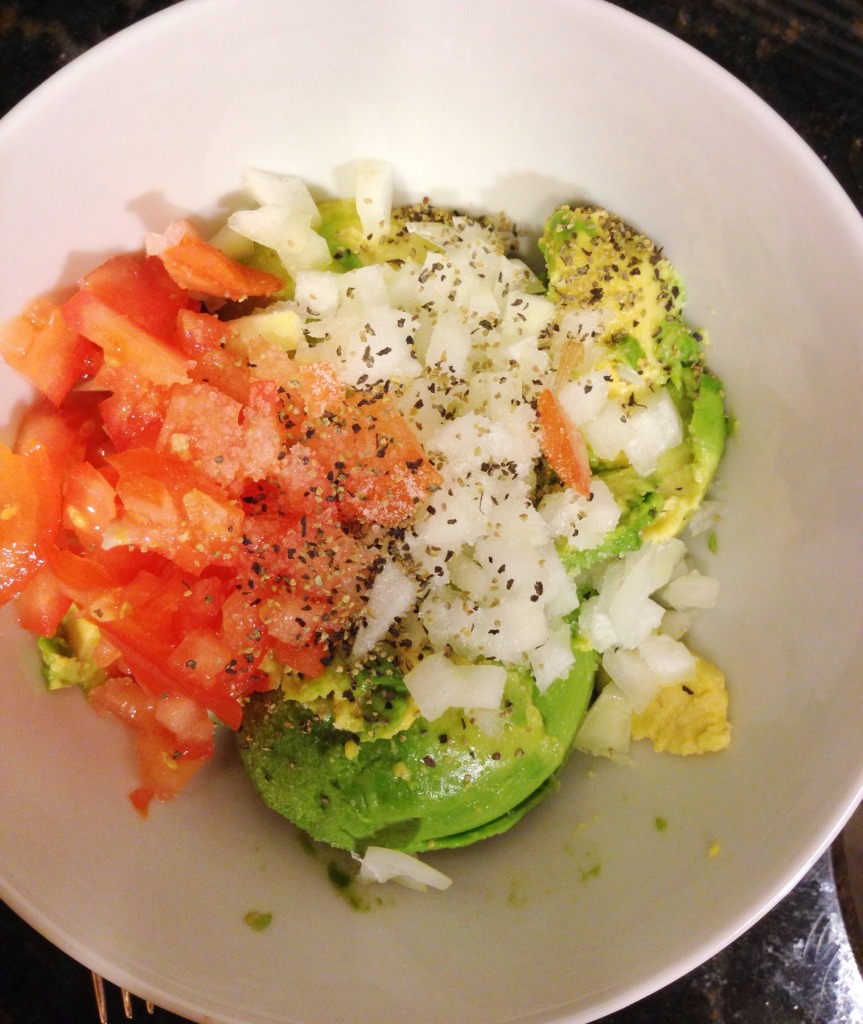 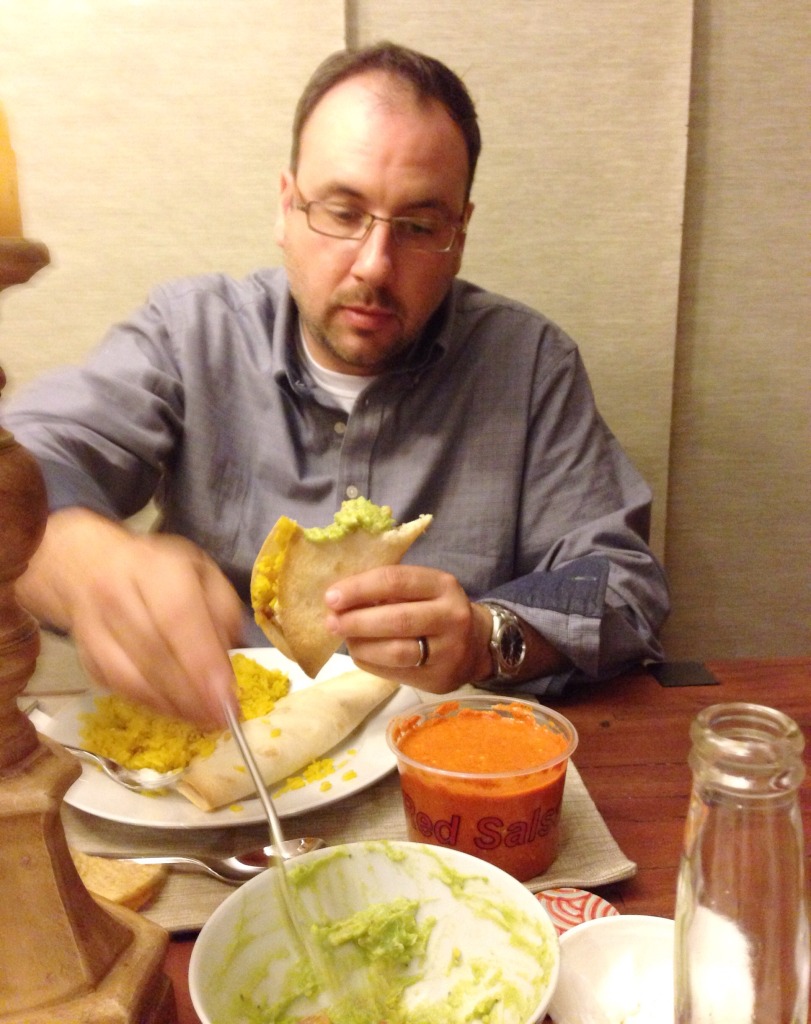 olive enjoyed her snacks and eating bits of my rice and chicken in-between. she loves eating! hc and i noshed on our food, drank our beer, and reveled in olive’s antics. 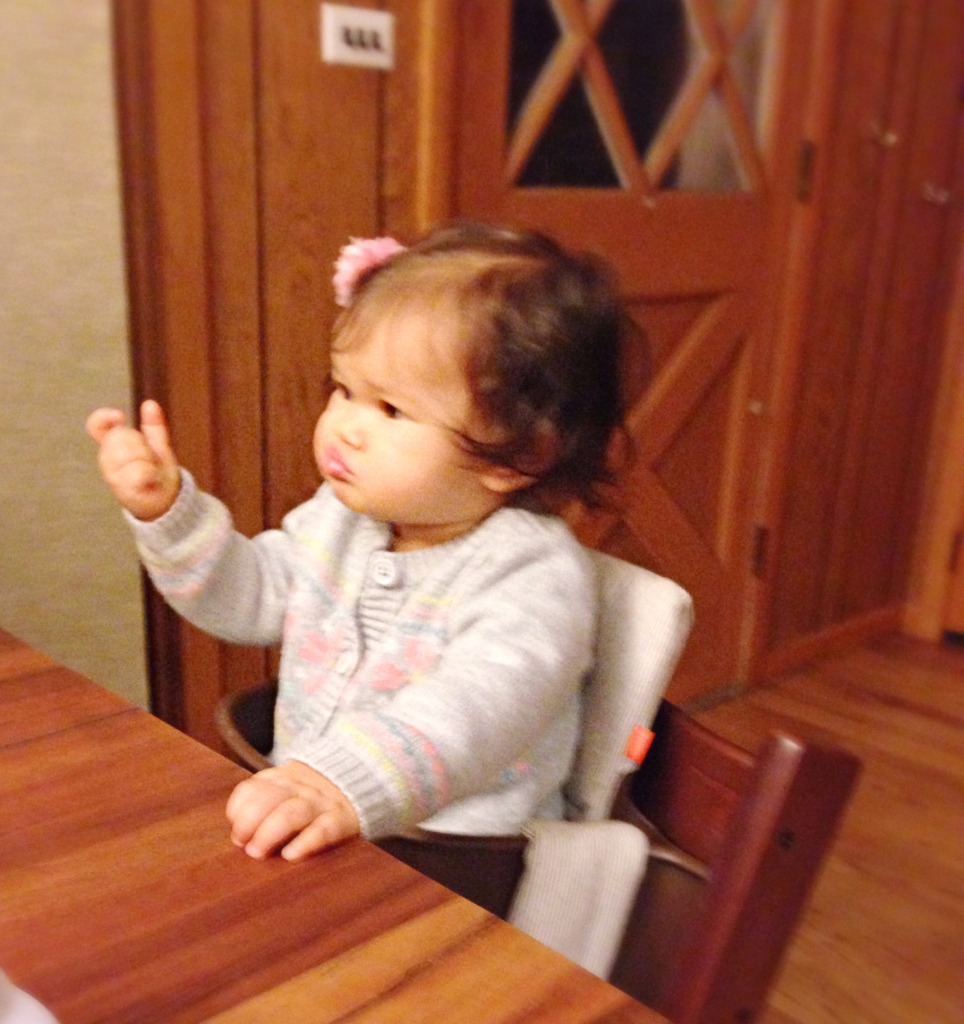 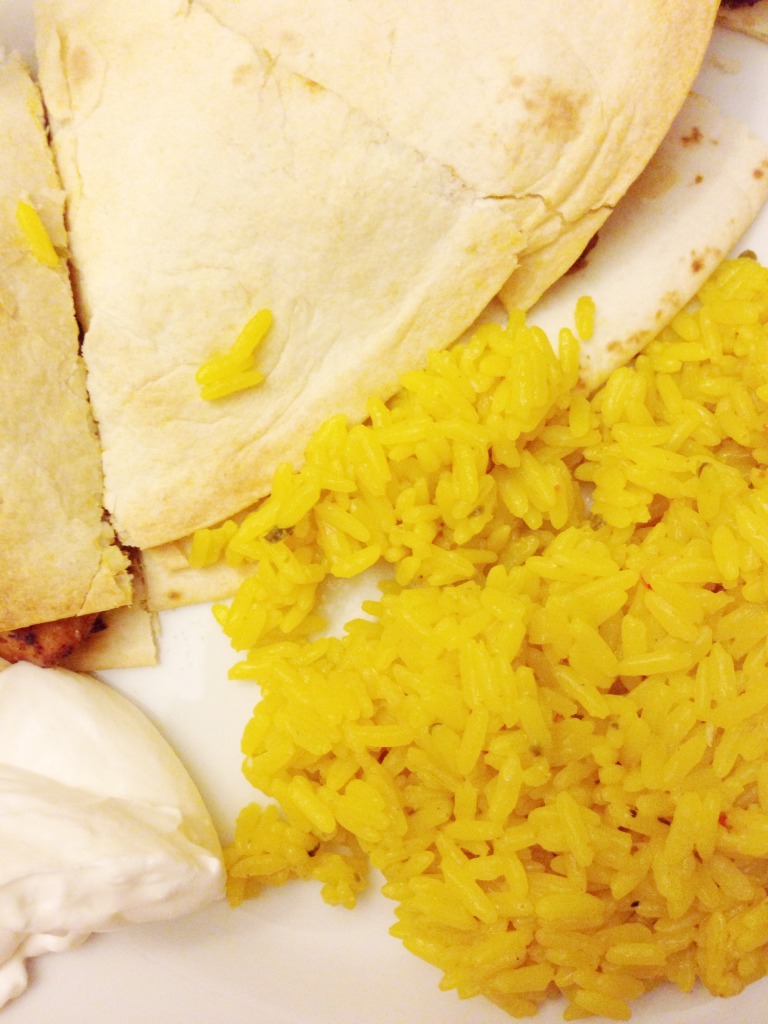 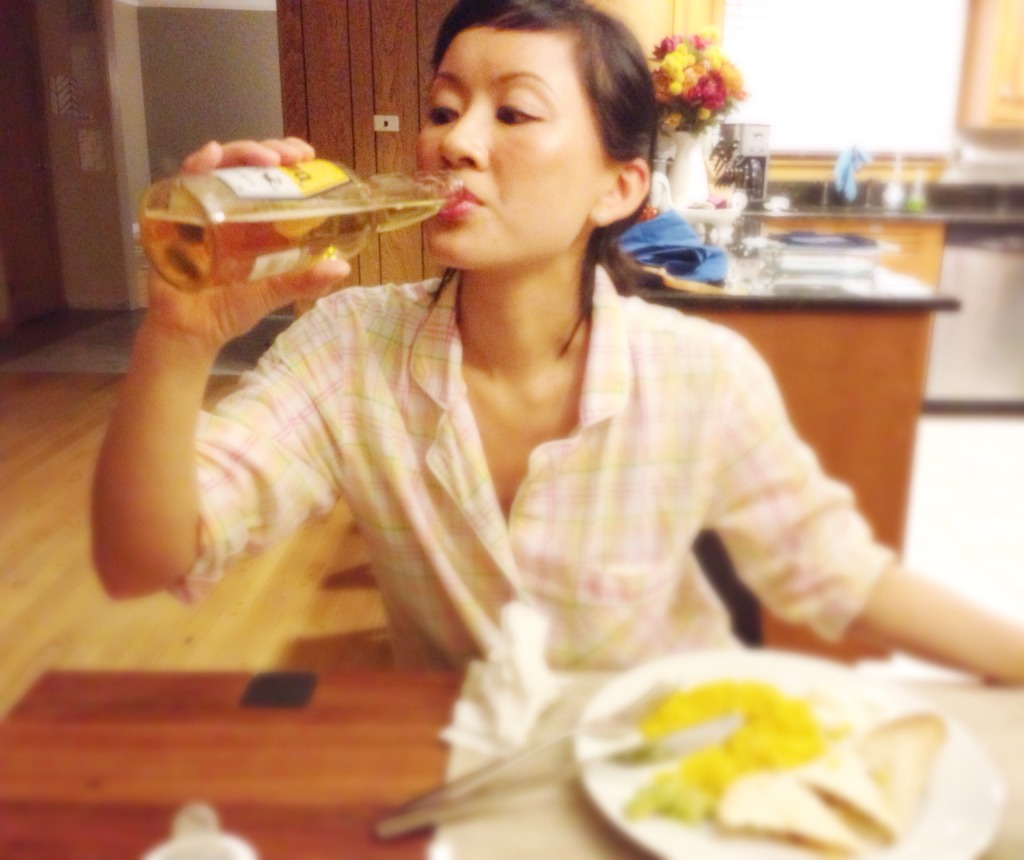 it was quite a chill night. i had a great time making dinner and relaxing with my darling family. we were stuffed, satisfied, and ready to hit the couch and put on a movie after dinner. cheers to simple meal nights!