well, it was quite the crazy sunday. the snowmaggedon ’15 was bananas. the snow came down hard and fast. they were ginormous cotton balls falling down fast like it was rain. it was exciting to watch {as long as you were inside, safe and sound!}. can you believe this past snowstorm was ranked the 5th highest snowfall in chicago history?! wowza.

hc, olive, and i just holed ourselves up in our cozy little house. we played, relaxed, and hc cooked up something tasty for dinner. i was so not ready for a mini super bowl party at our house {honestly, i’m so not a football fan gal}. but i’m always game {natch} for a party regardless! i could have gotten creative and made some fun super bowl snacks and drinks {hello pinterest!} but this one definitely got away from me. hey, there’s always next year for football cupcakes, football mason jar drinks, and football fun foods!

so, we kept it pretty simple. some apps and some chili. done. and it was all so delicious. i whipped up the guac and hc made the chili. for the guac, i sliced up the avocado and mashed it with a fork. i then diced up tomatoes and finely chopped a white onion. after i had mashed up the avocado, i sprinkled in salt and pepper, first, to taste and then i added in the tomatoes and onions. i know purist say that you should only put salt and pepper in guac but i beg to differ. i’m sure you are also wondering where the cilantro comes into play with this…um, that would be a no. this girly does.not.like.cilantro. 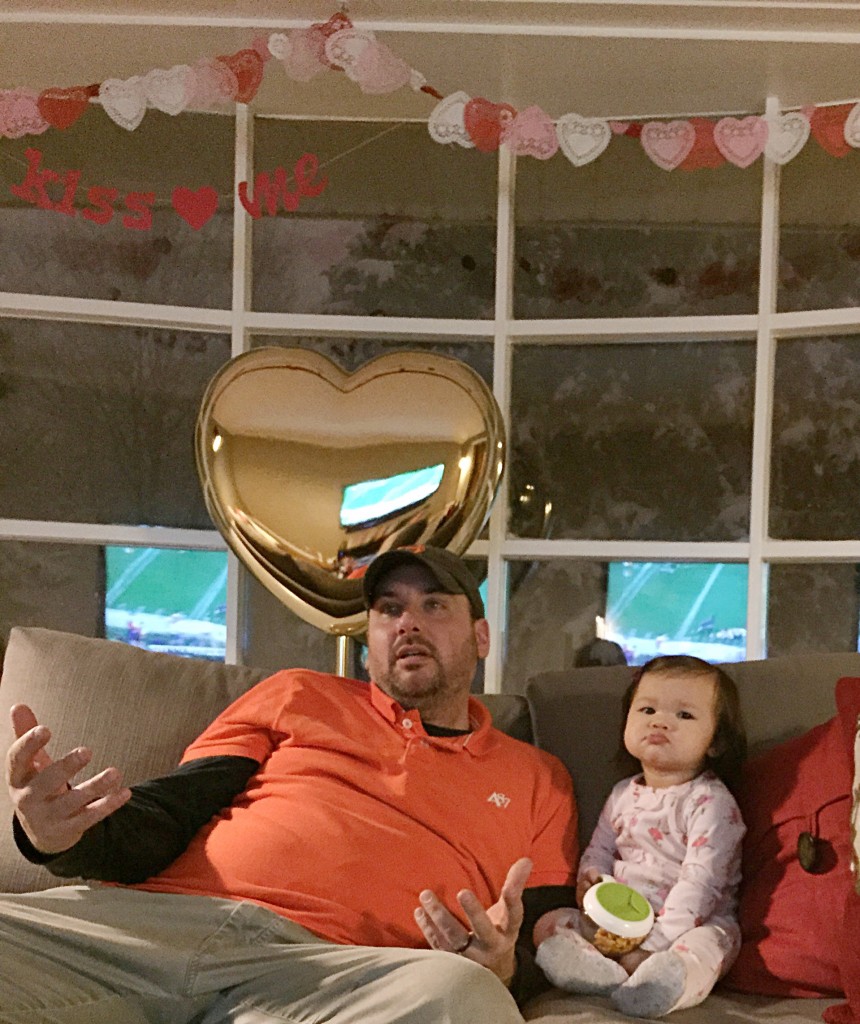 [hc not happy with a play…olive was like ‘hmph, i’m just enjoying my snacks’] 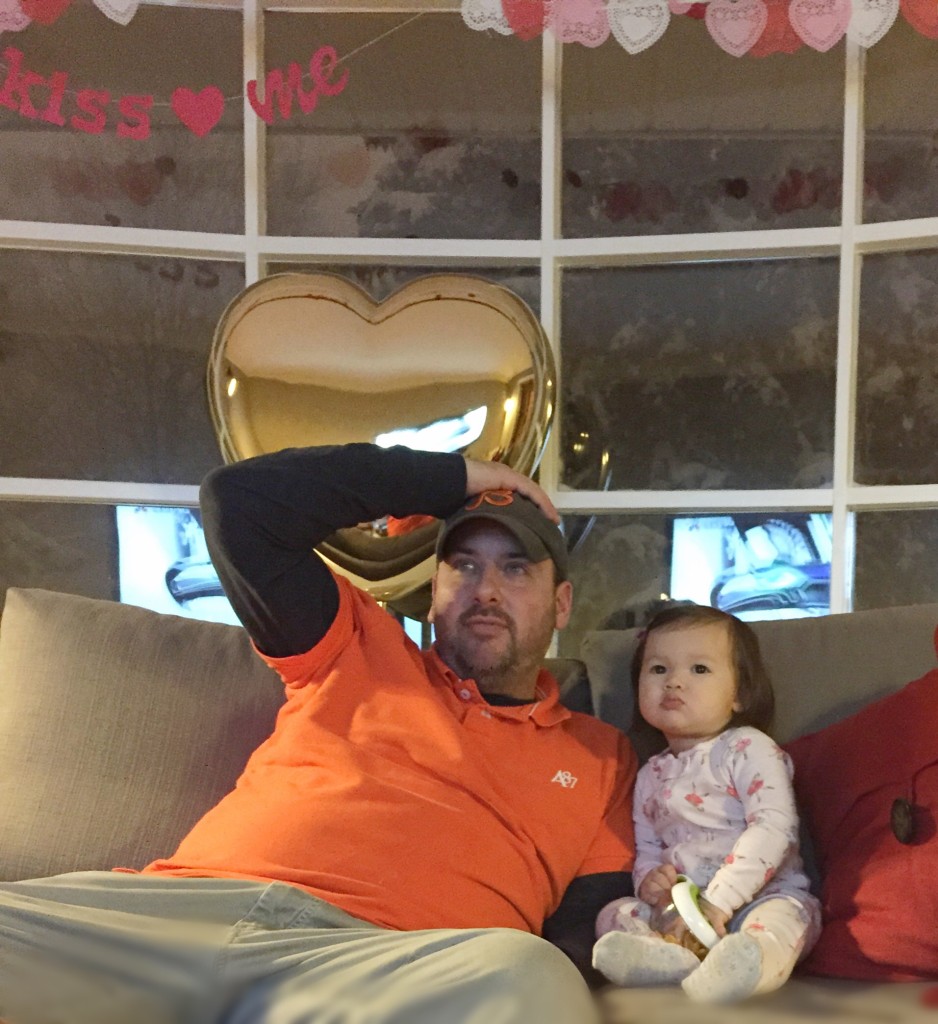 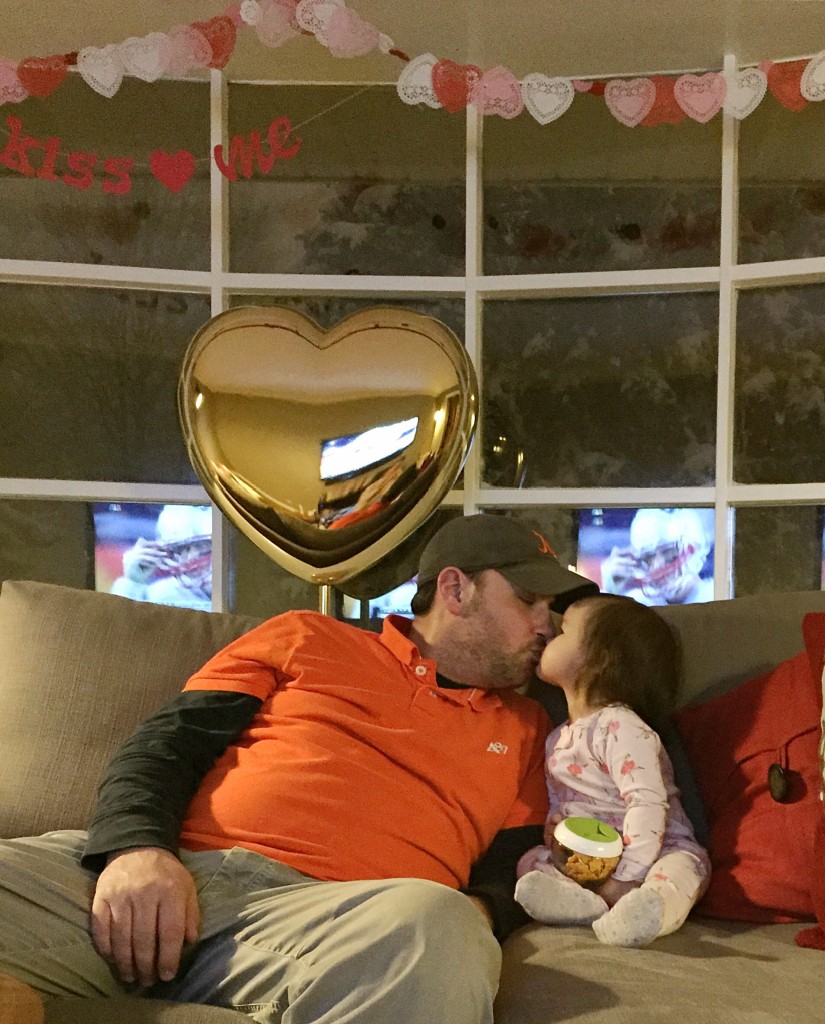 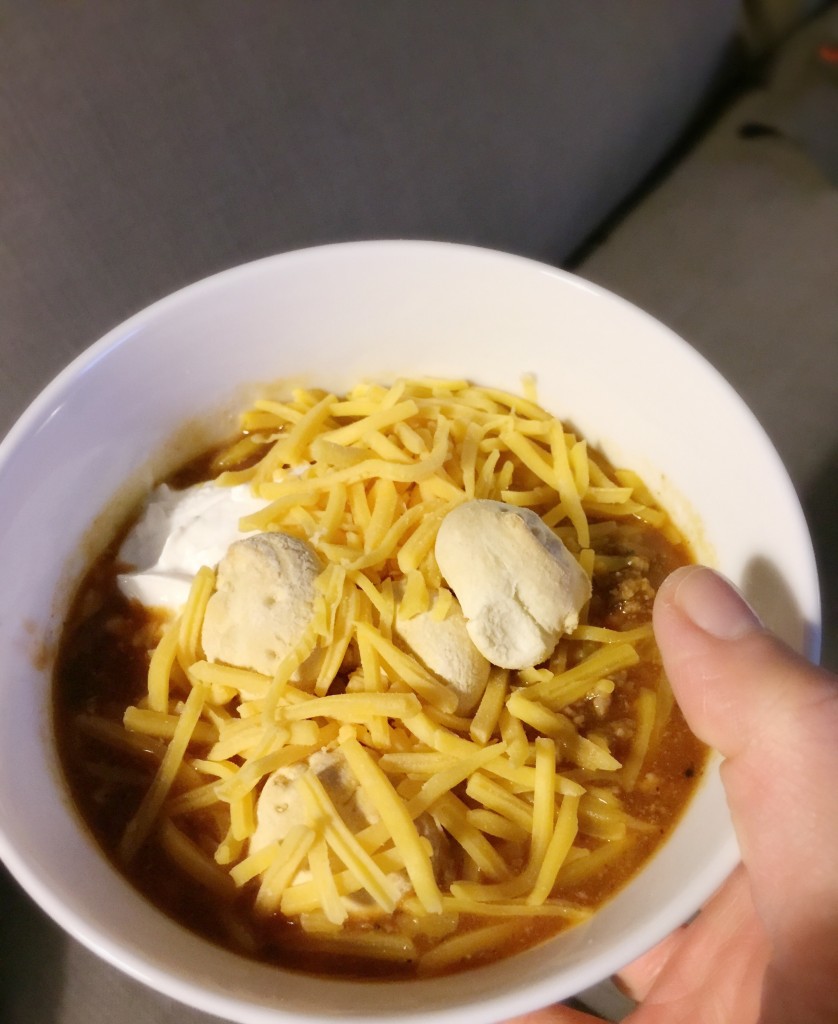 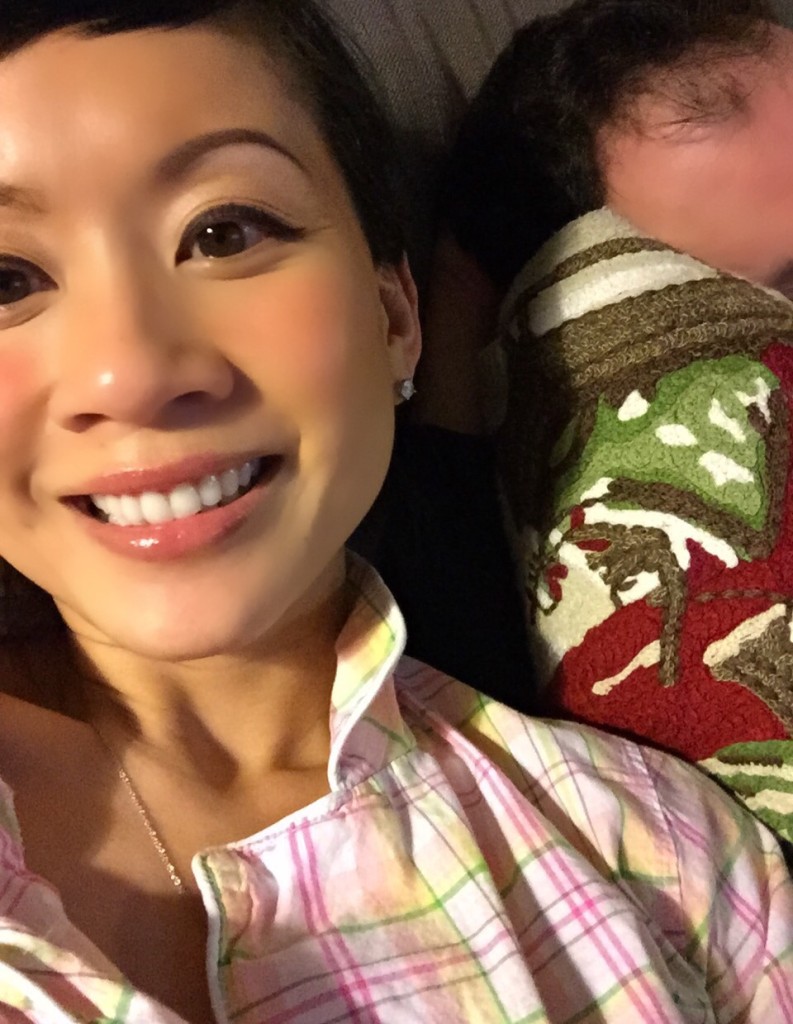 it was definitely a low key super bowl sunday. we had a wonderful time together {i think hc shoveled/snow blowed outside 4x!!!…whoa!}. i hope y’all did something fun and ate too many bad foods for you this past super bowl sunday!