since our plans to go up to a friend’s lake house fell through, hc suggested we go to a place he’s been to before called house on the rock. i was like, the what on the rock? well, it’s a really weird house built on a rock. plain and simple. i thought, ok…let’s do it! why not. he had time off and we might as well travel somewhere, not too far away, and have some fun!

i packed up everything but the kitchen sink…even though it was a one night get away, we still hauled a lot of stuff. hc packed up the cooler with drinks and goodies and we were ready to hit the road. it was going to be a 3.5 hour drive. not too shabby…a totally doable ride with two little ones!

we had fun driving towards our destination, although trying to find a decent place to eat was almost impossible. we did not want the typical fast food stops and we didn’t want to go to a seedy joint with slot machines. ugh. mile after mile, we had nothing. then we started to get hangry. snacks weren’t cutting it and i didn’t want to fill up on junk {well, i eat junk every day, so i don’t know what i am talking about} but anyhoo, i finally mapped out a place called baumgartner cheese store and tavern. hells yes! we were in wisconsin and you always have to hit up something cheesy {no pun intended}.

this place was perrrrrrfect. it was quaint, cute, and everyone was so dang friendly. our server, kyle, was the nicest kid everrrrrr. the kids had a blast sitting by the window and we ate the most random, fulfilling things. it was kitschy and fit into the aesthetics of our road trip perfectly!

we ordered beer, chili dogs, popcorn, and our meals came with pickles and blocks of cheese. yasssssss. ellie made us crazy with her restlessness but we survived and had a really good time eating there! kind kyle even snapped a decent picture of us in front of the restaurant!

we hit the road again and made it to our destination within an hour and a half-ish. the area was green and pretty. we pulled up to our ‘resort’ {total joke} and checked in. we then drove a second to get to our side of the hotel and it was freakin’ desolate. apparently NO ONE visits the house on the rock on week nights and they definitely don’t stay overnight. hmmmmmmm.

their restaurant inside the hotel was closed and there was no one in sight. we decided to hit up the hotel pool and have some fun. olive had a blast, she loved that she could stand in the pool and ellie was terrified. after some time in the pool, we headed back to our room and this is when shit got real!!!!

as we were walking down the hallway, there was a man {not a boy}, a grown man sitting on the ground, looking at his phone. olive ran by him and i called her back, because she went too far past our room. she backtracked and stood, maybe five feet away from the man. he looked very annoyed, so he got up and scurried away. as he passed me, i was going to say hello, but his eyes were looking down at the ground and he seemed flustered. then he passed hc and he actually said hi to the man but the man didn’t even respond and scuffled past hc. okayyyyyyyy, odd.

honestly, it kind of freaked me out. i said to hc, “what happens he is a serial killer or someone crrraaaaaaazy?!!!!!” hc was a little disturbed by this man’s behavior too! well, that just gave me anxiety all night. we and this man seemed to be the ONLY guests at this hotel. i am not joking. the parking lot was empty. ohmergawd.

we all had fun back in our room and when it was time for bed, we put the girls in the adjoining room, far away from the door. hc and i decided to sleep on the bed in front of the door. holy crap, i was like dude, strange hallway man,…if you try something, i will stab you with my blush brush and beat you with my flip flop!!!! in the middle of the night, hc woke up to use the bathroom and it rustled me awake. ugh. i was filled with anxiety, so much so that i laid awake freaked out over the creepy dude in the hotel!!!

morning came and all was well but really, that guy freaked me out! we got ready and hit a breakfast place that looked yummy, and it was! after a decent meal, we drove over to the house on the rock. the entrance was soooo pretty, so green, lush, and filled with very large pots filled with pretty flowers!

we started our journey inside the house and finished in two hours?! we did kind of speed through all the rooms. i found the house {now, not to knock hc because he really does like this tourist attraction} to be so odd! it really creeped me out. there were clowns everywhere and doll after doll after doll after dolls. it smelled old and gave me a very strange vibe. the girls were frightened by some of the displays and disliked the very loud music some of the musical attractions played.

it was definitely a fun trip and worth a visit {it’s like american pickers on acid}. after touring the whole place, we jumped back into the car and headed back home {and hit horrible traffic!}. we finally arrived and it was sooooo good to be home sweet home. our favorite place to be! 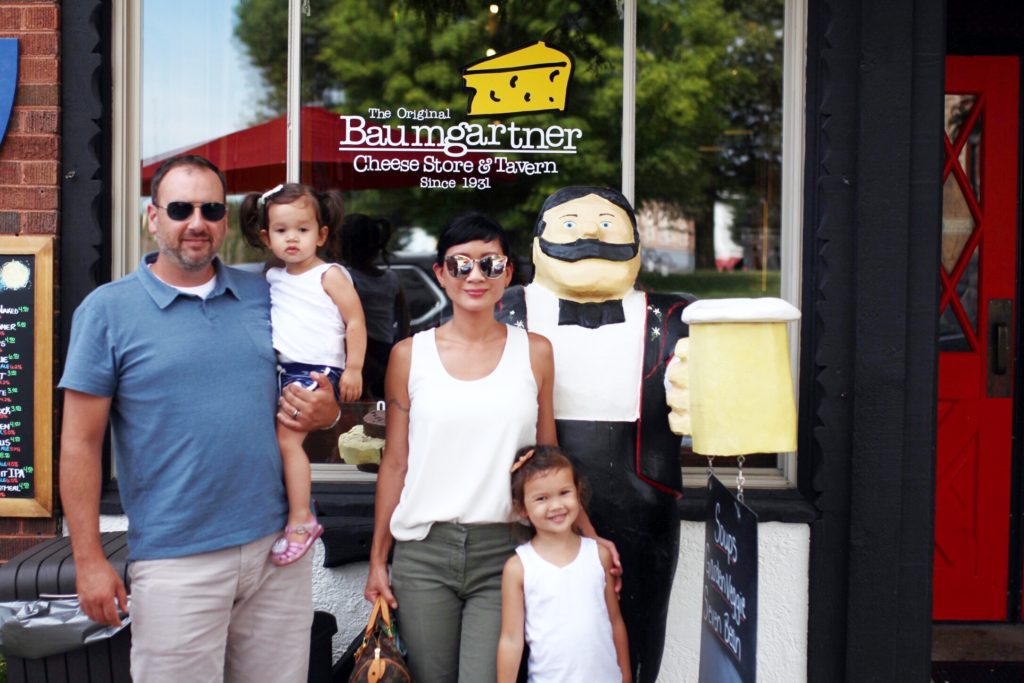 [olive is so dang cheesy, i loooooove it] 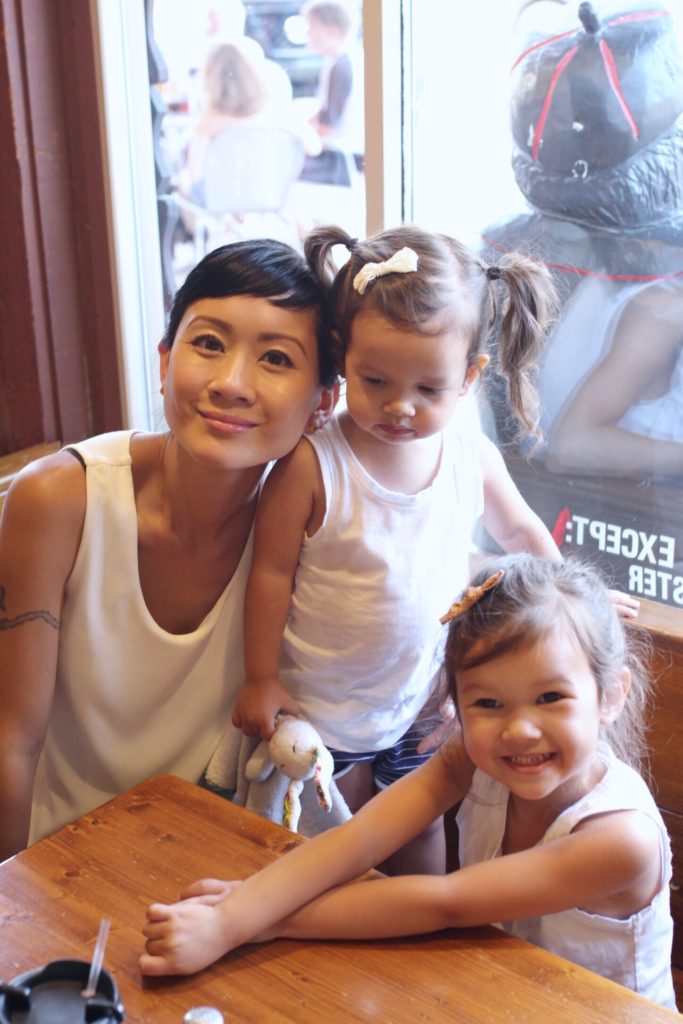 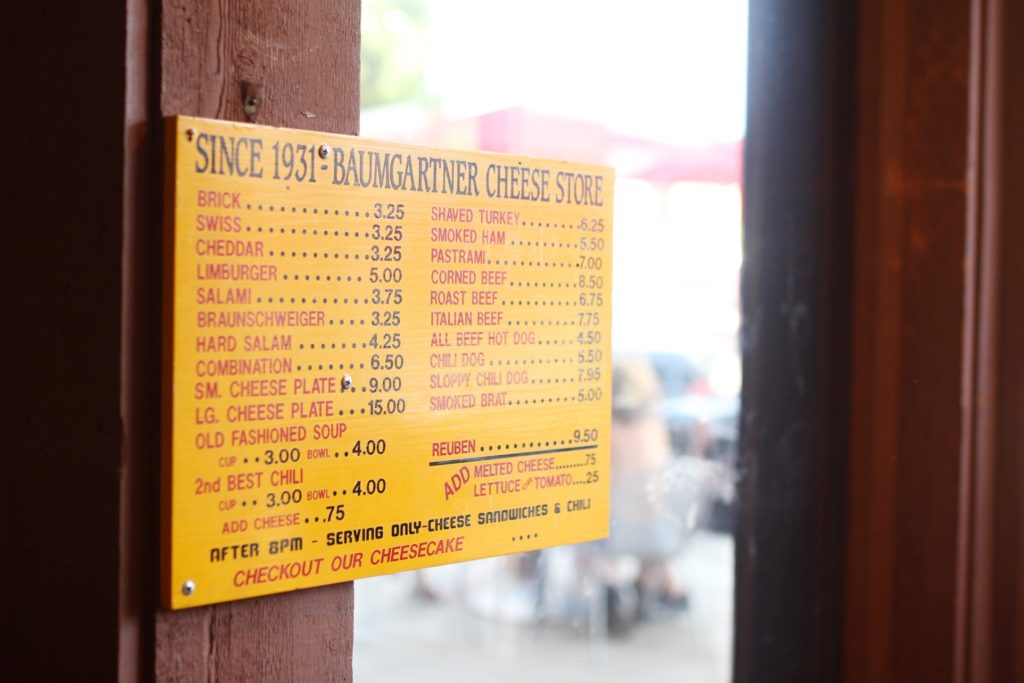 [baumgartner cheese store and tavern since 1931] 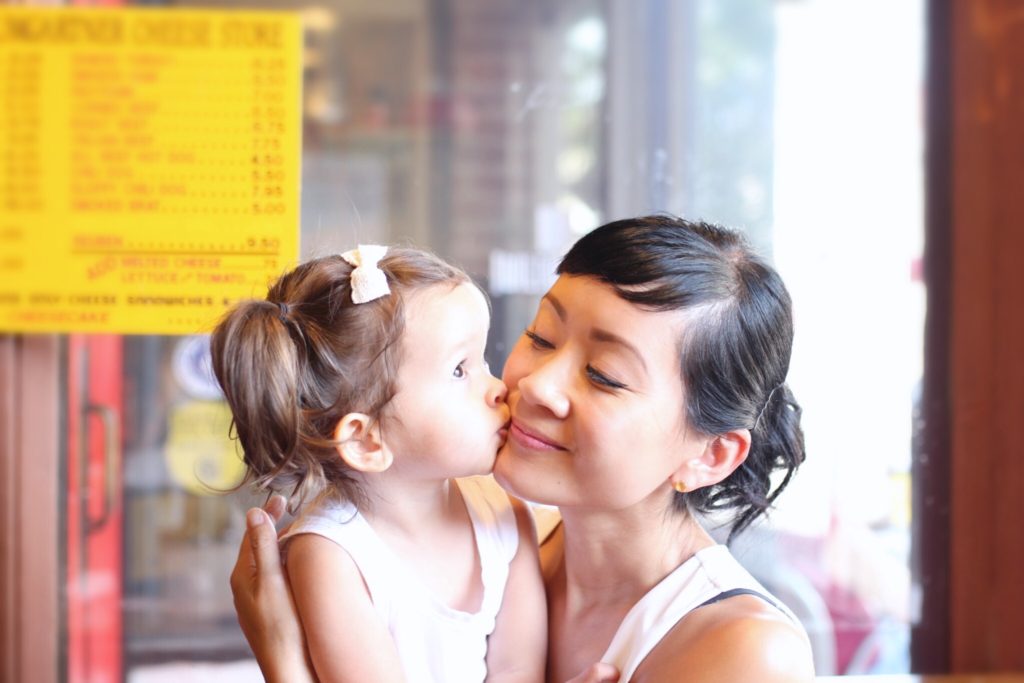 [i love her kisses] 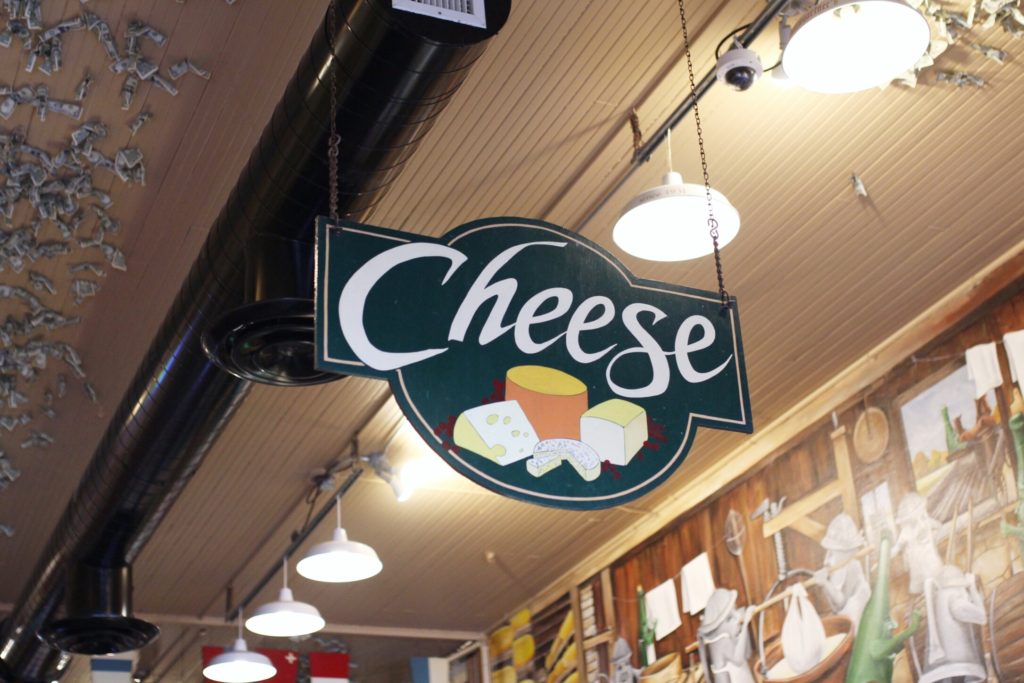 [they can be so sweet together!] 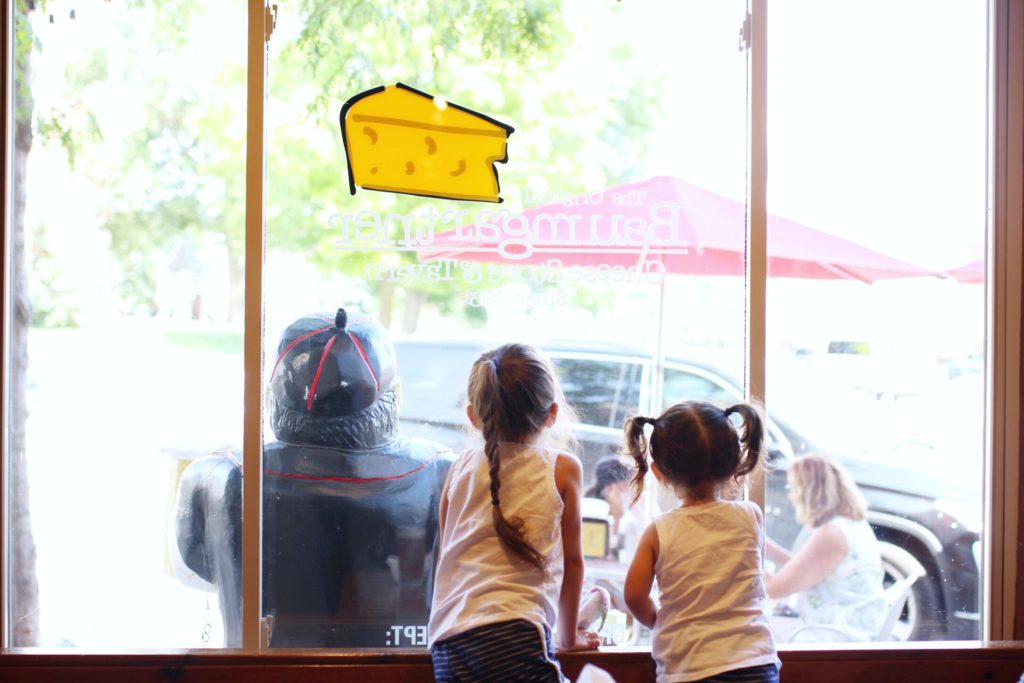 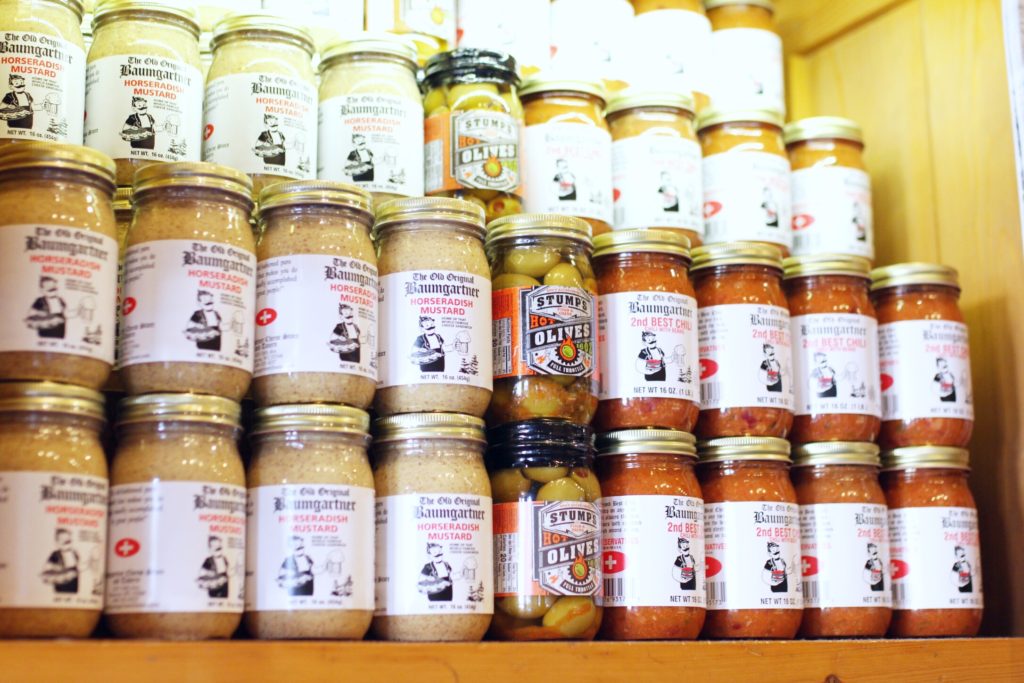 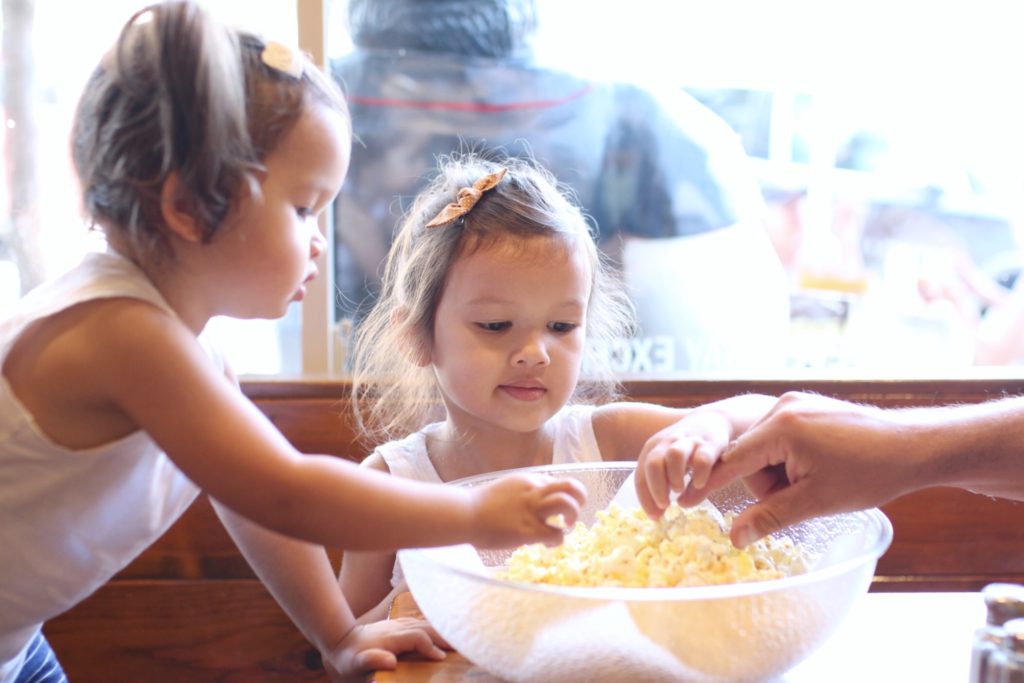 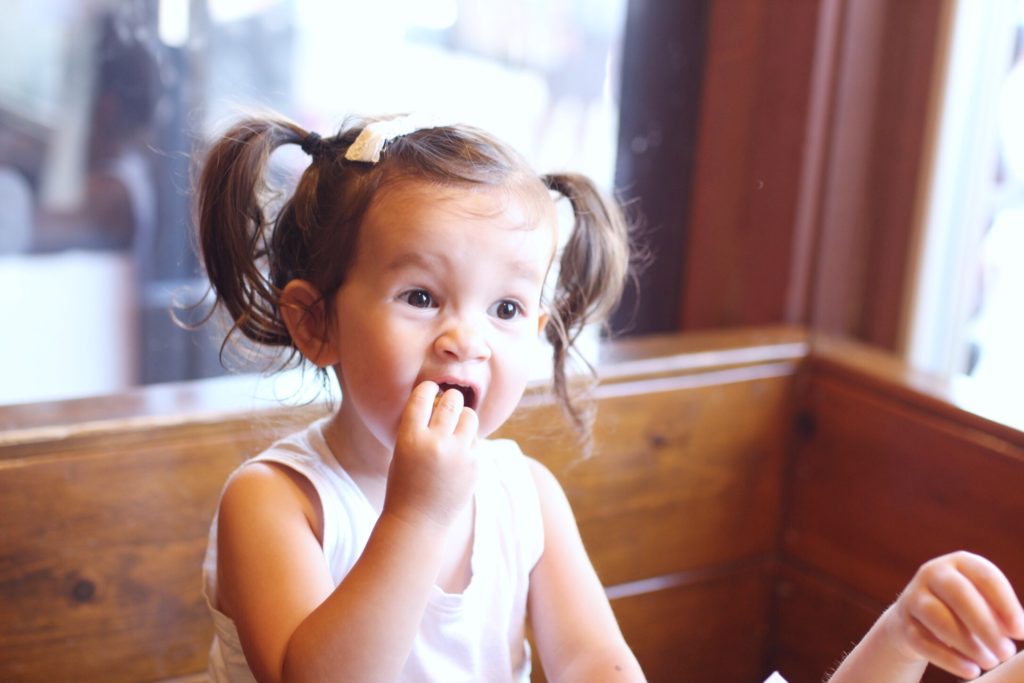 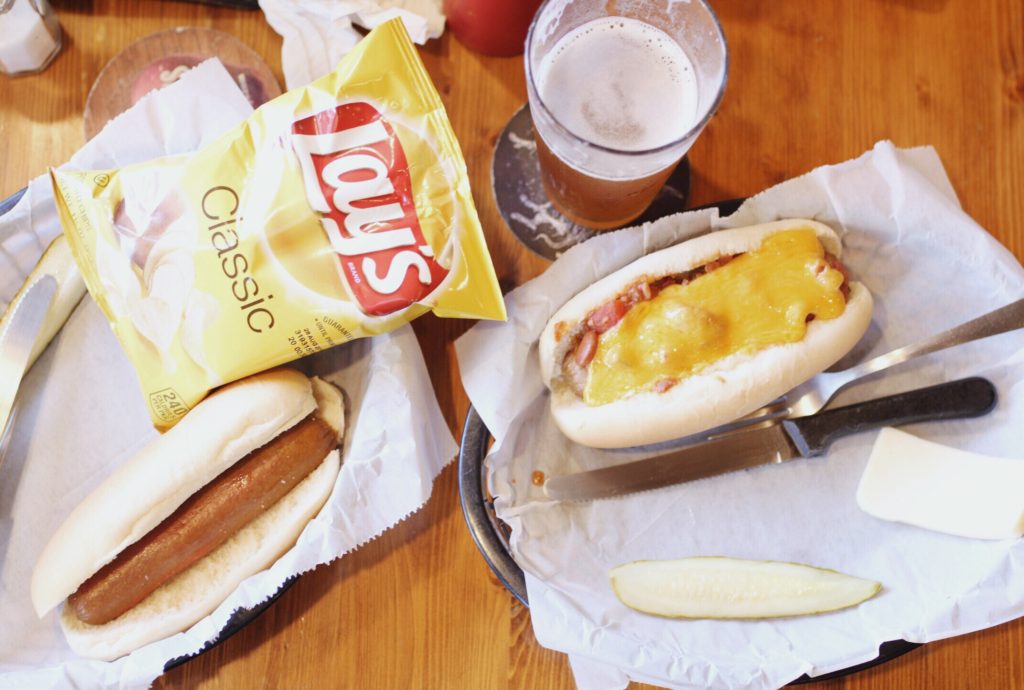 [gourmet meal: chili cheese dog, a pickle, and a block of cheese] 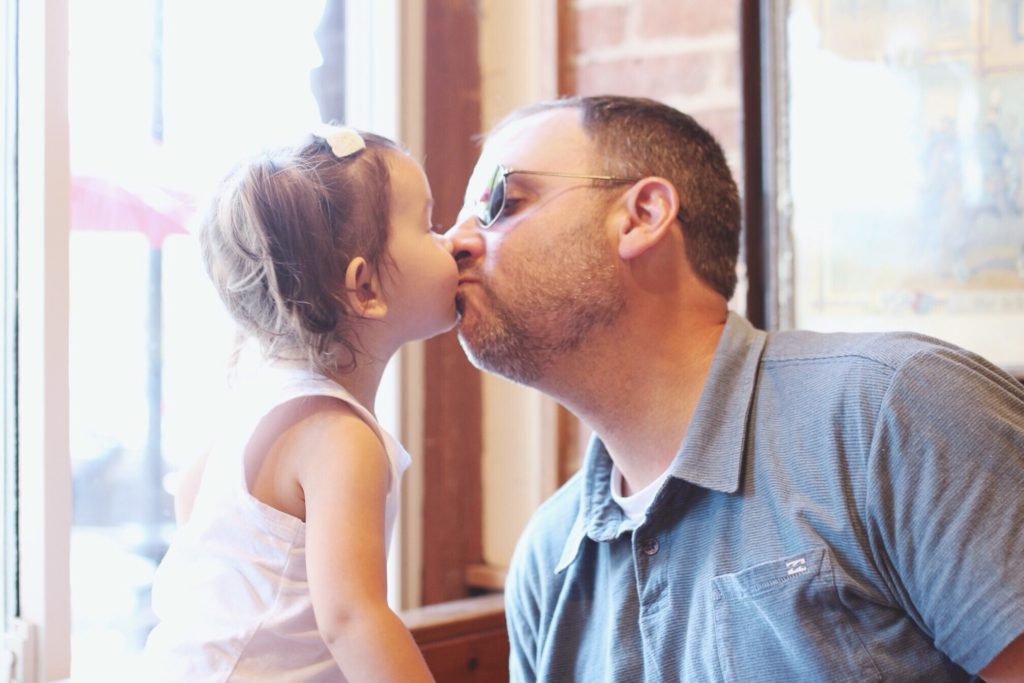 [she loves to give kisses] 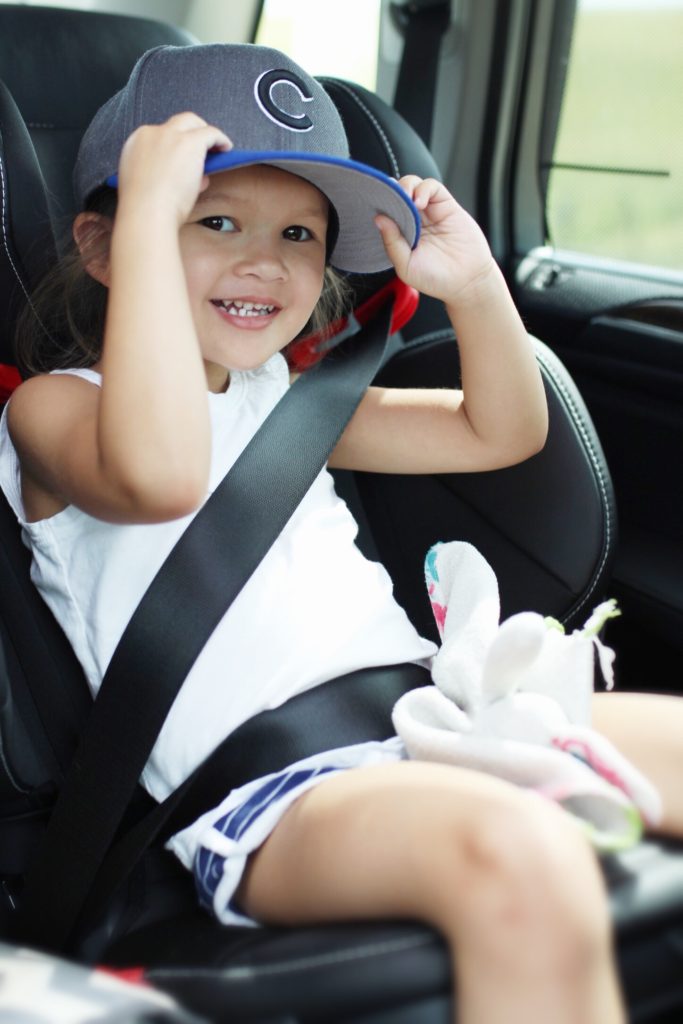 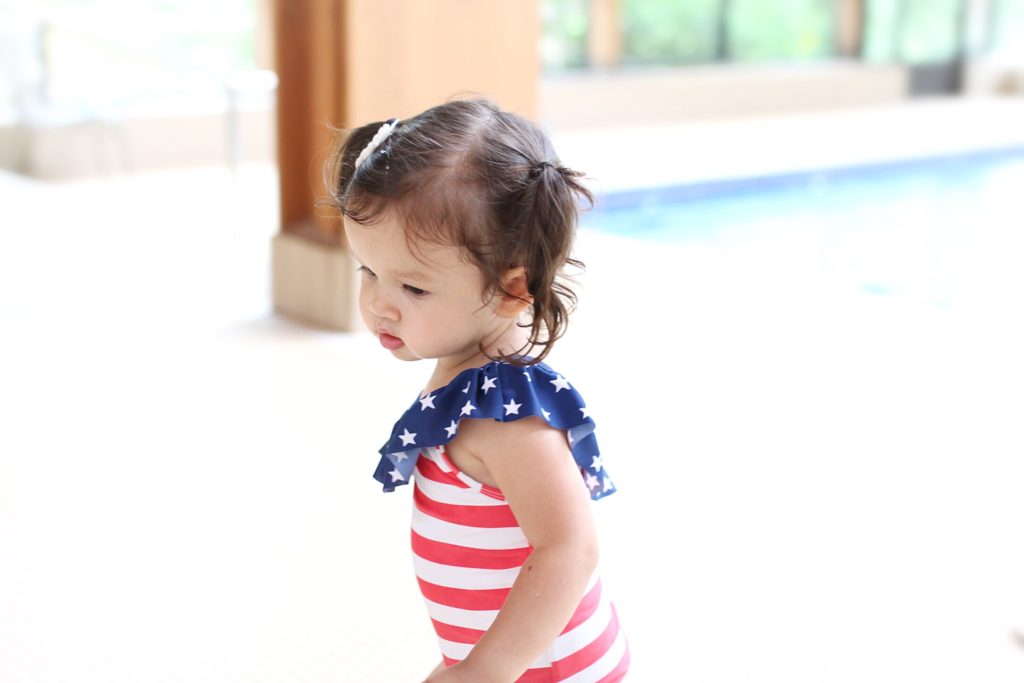 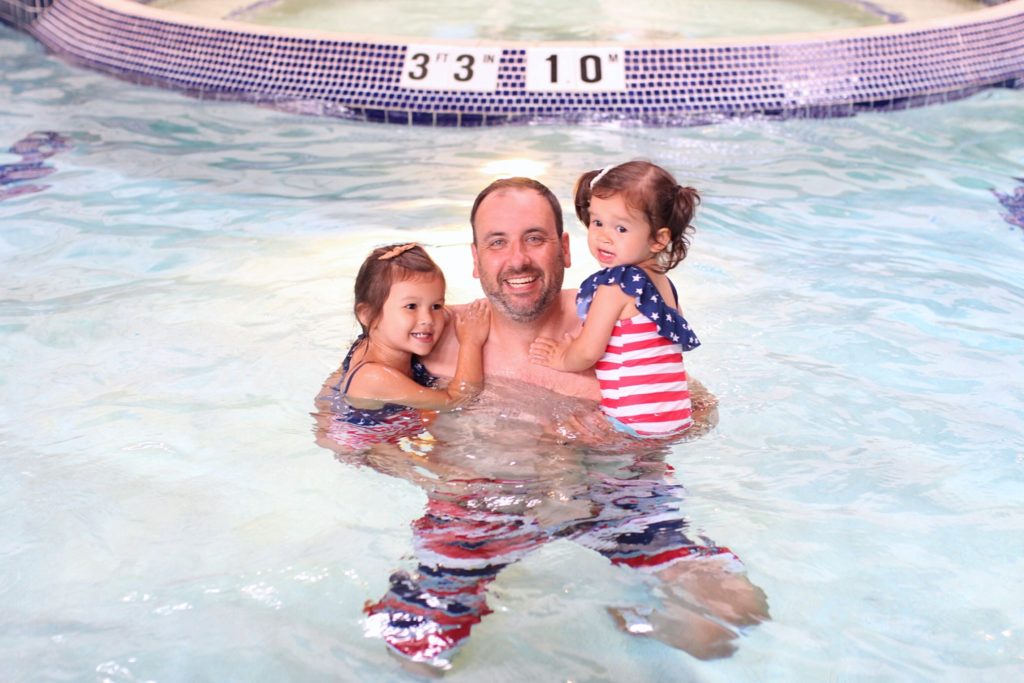 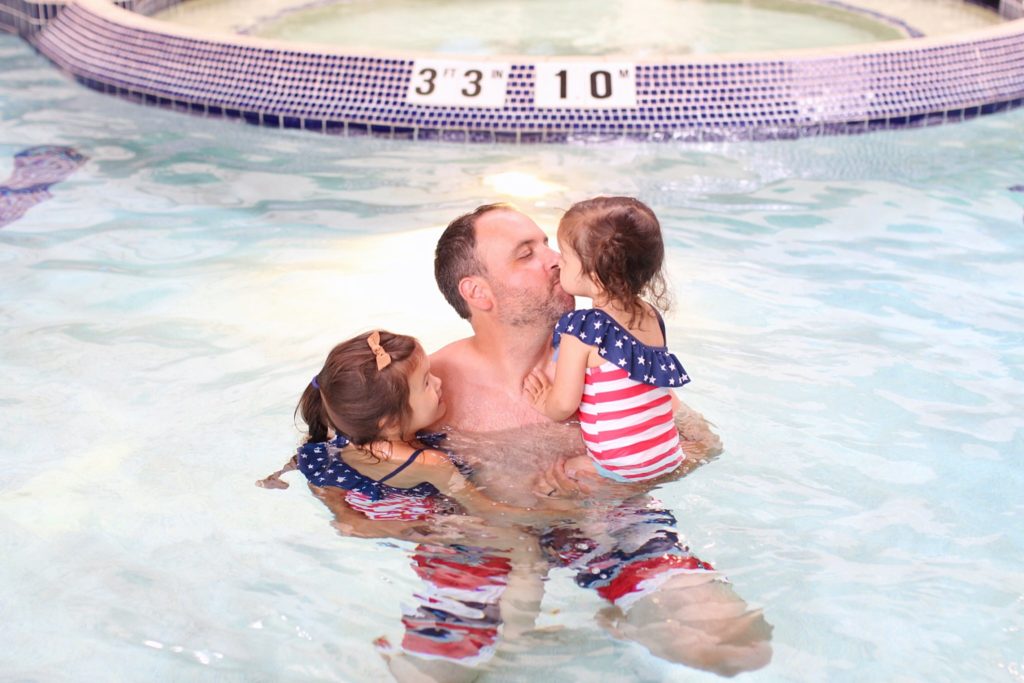 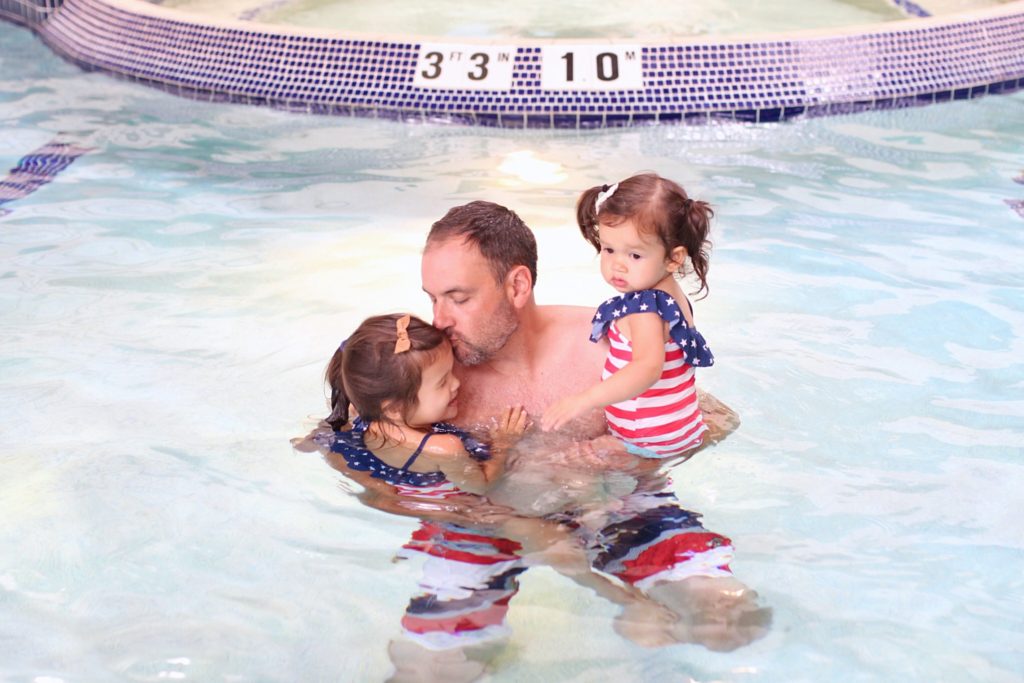 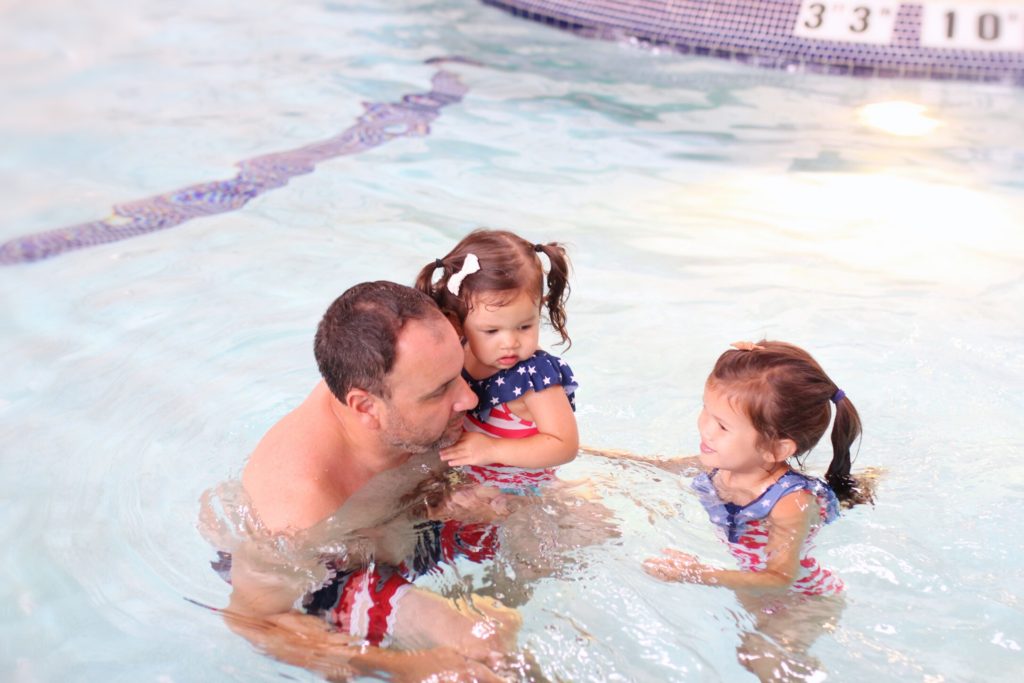 [she loved the jets in the tub!] 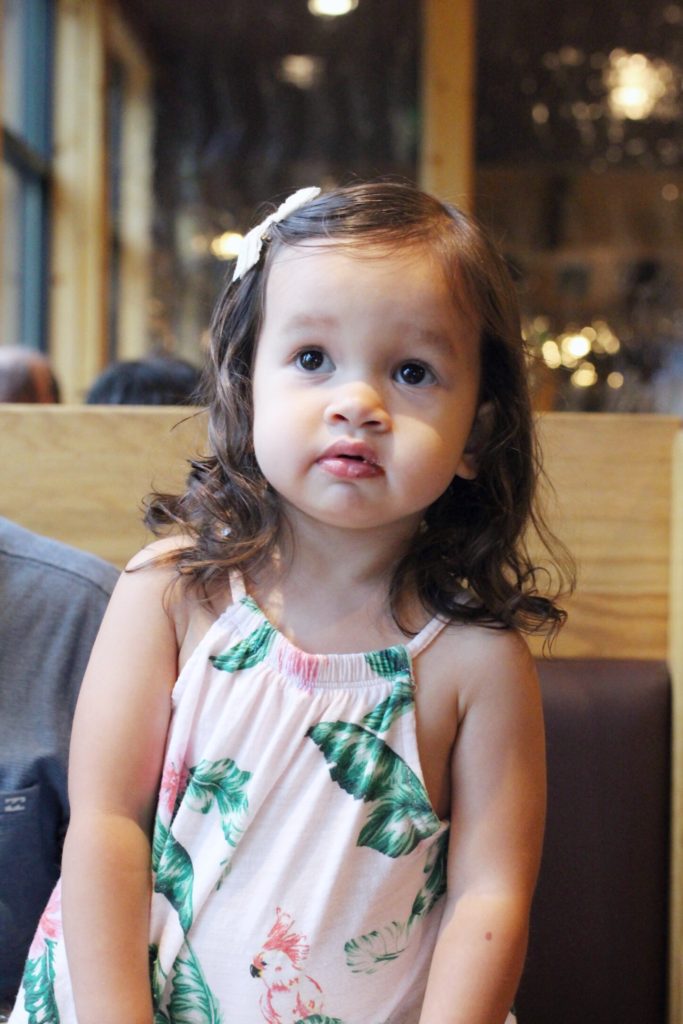 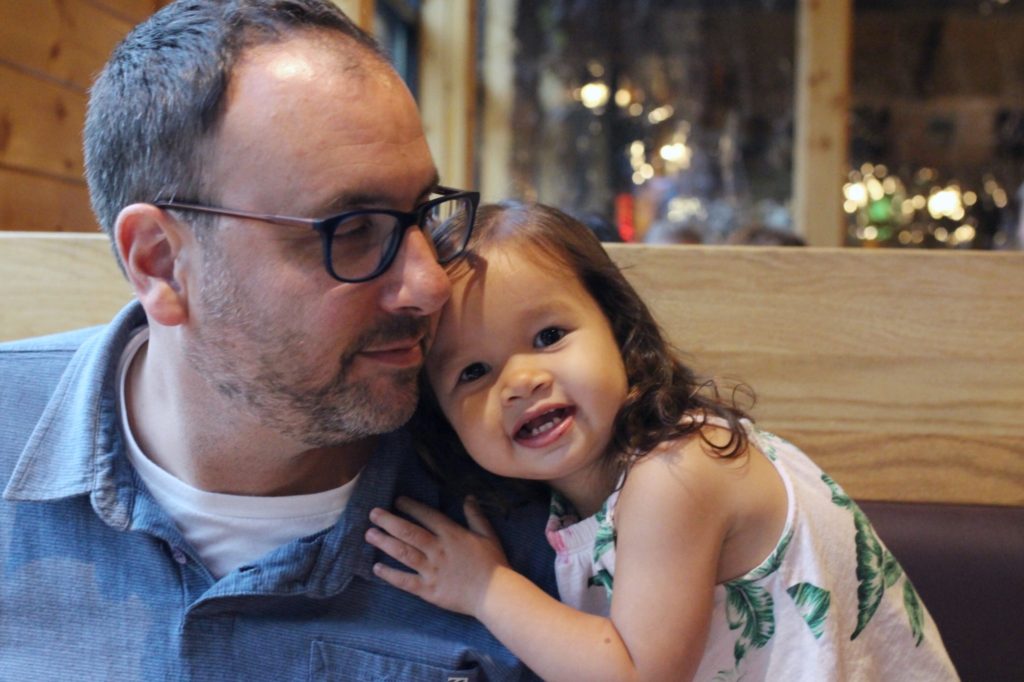 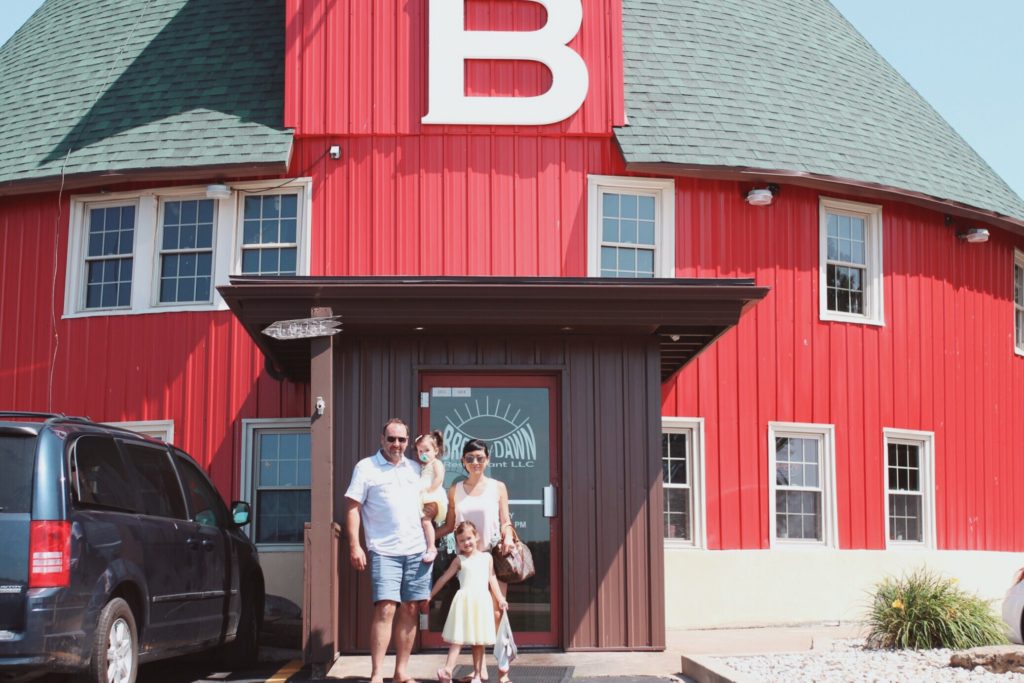 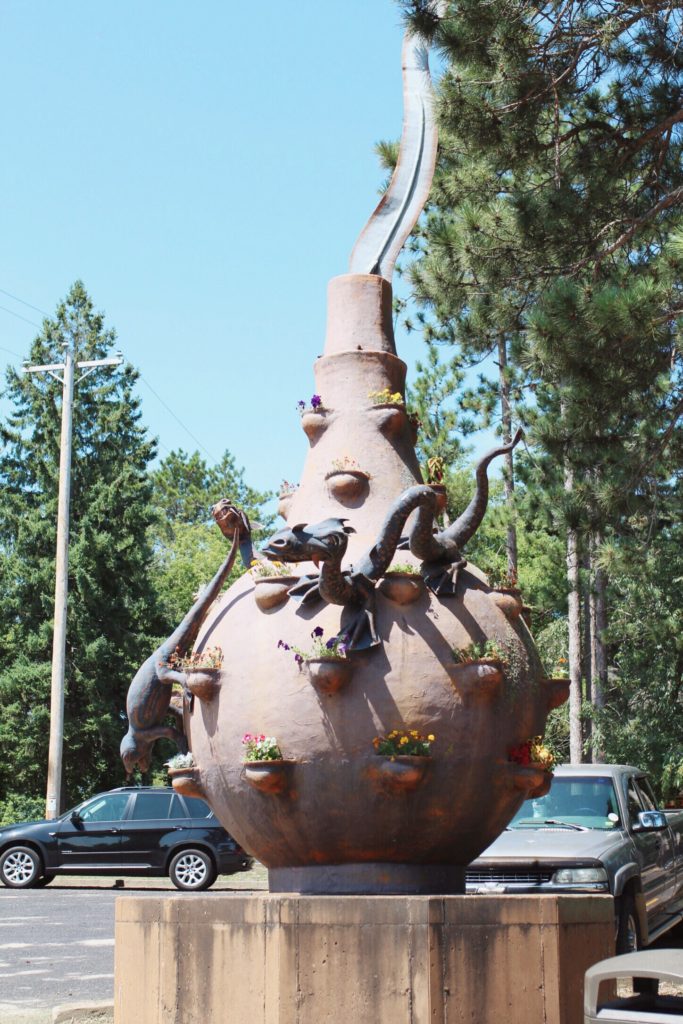 [big flower urns at house on the rock] 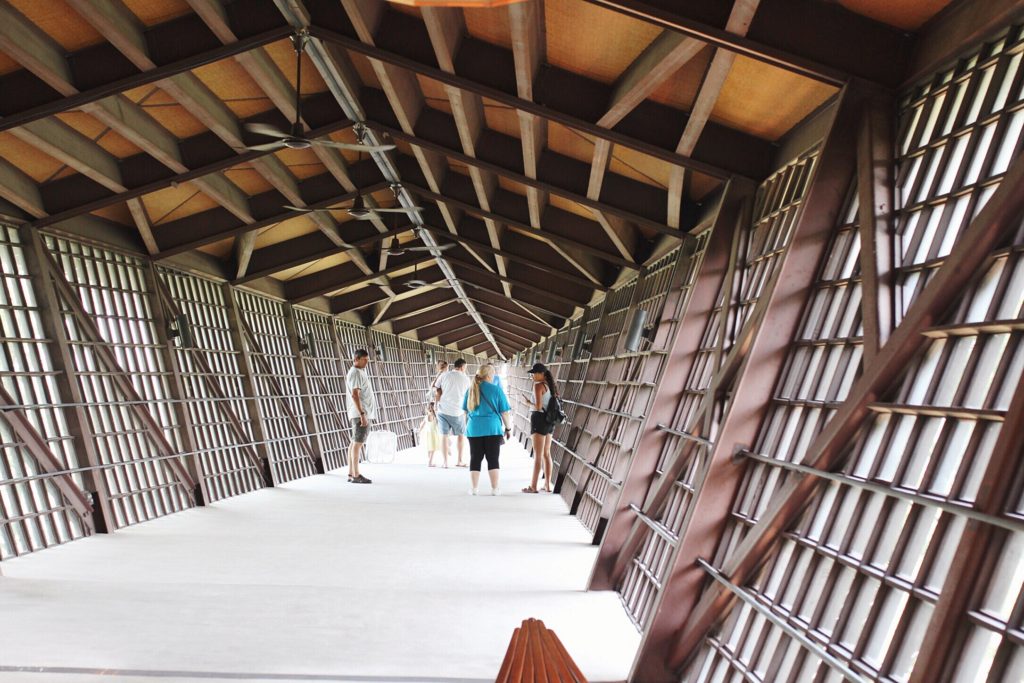 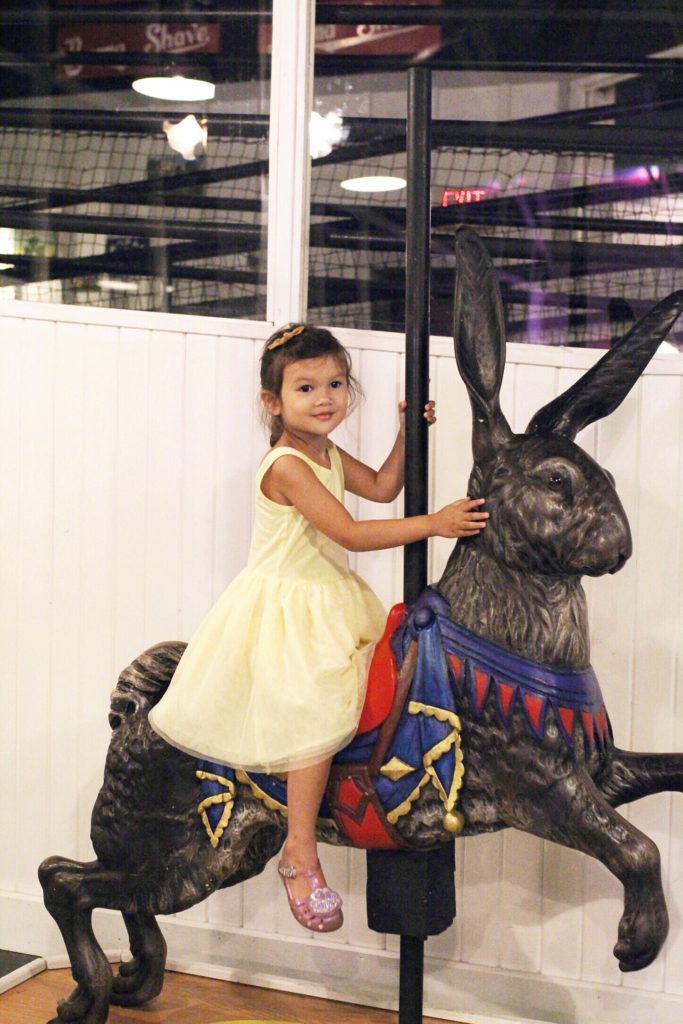 [she was so excited to sit on the bunny figurine] 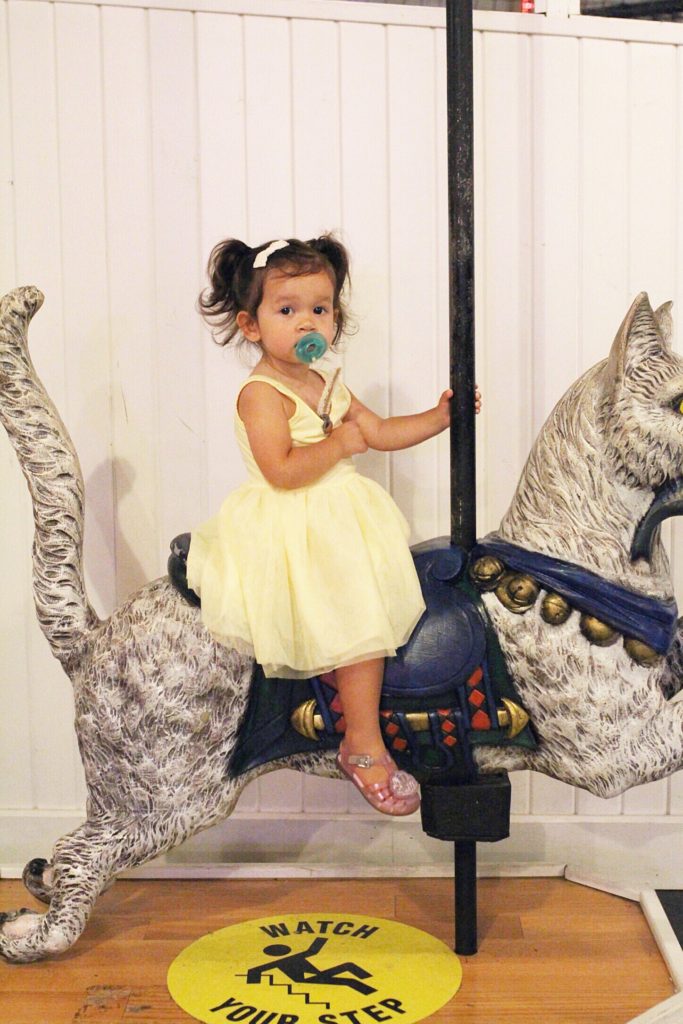 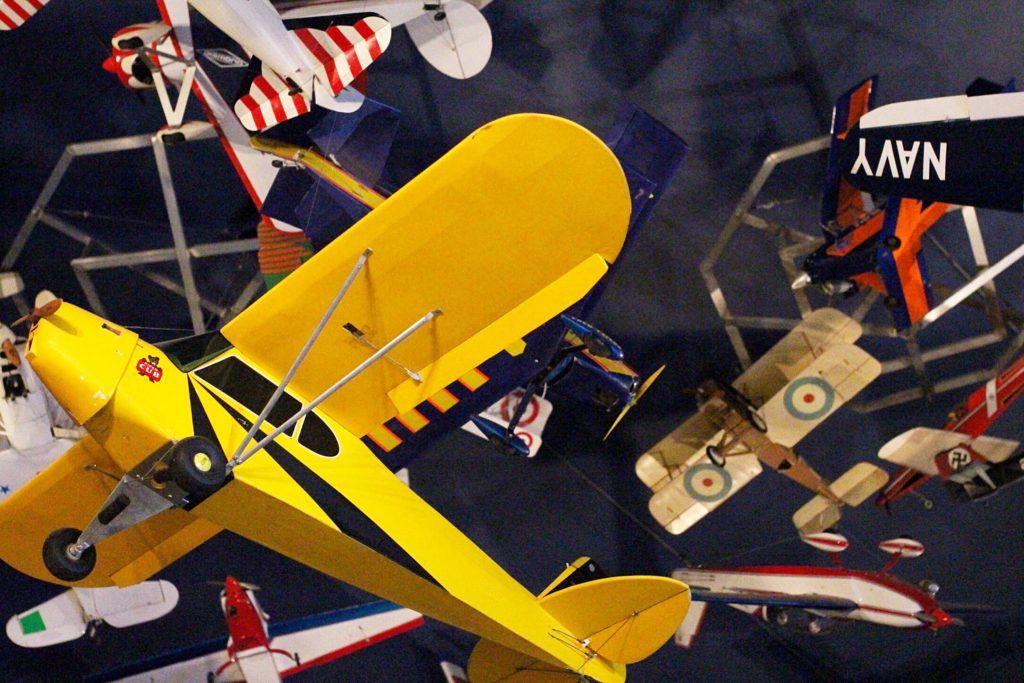 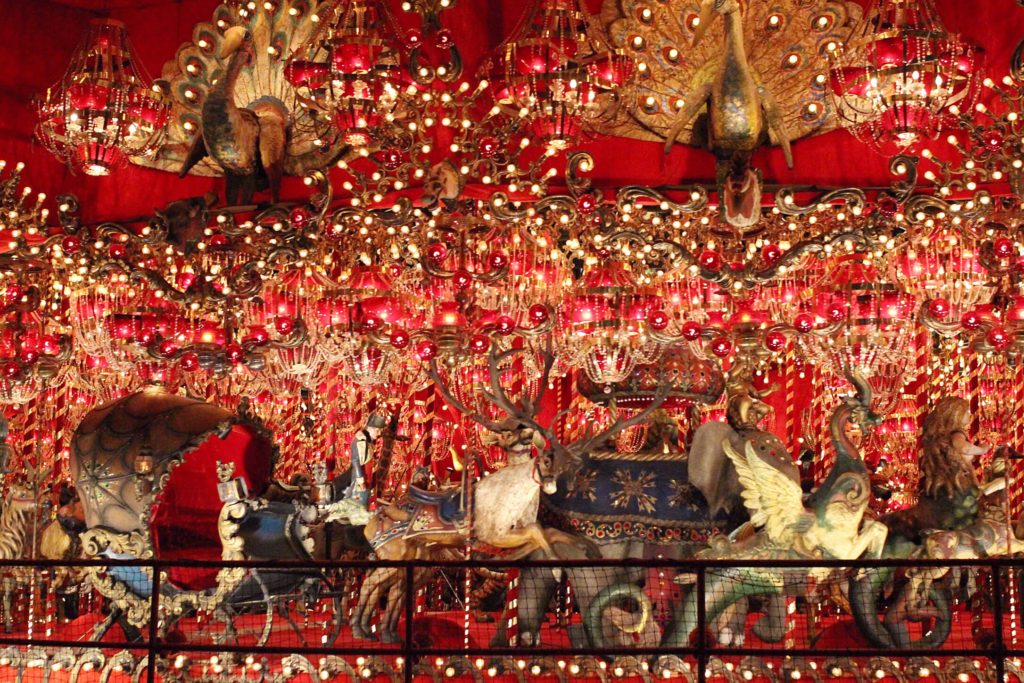 [largest carousel ever, with no horses]

[olive loved looking at the fishes] 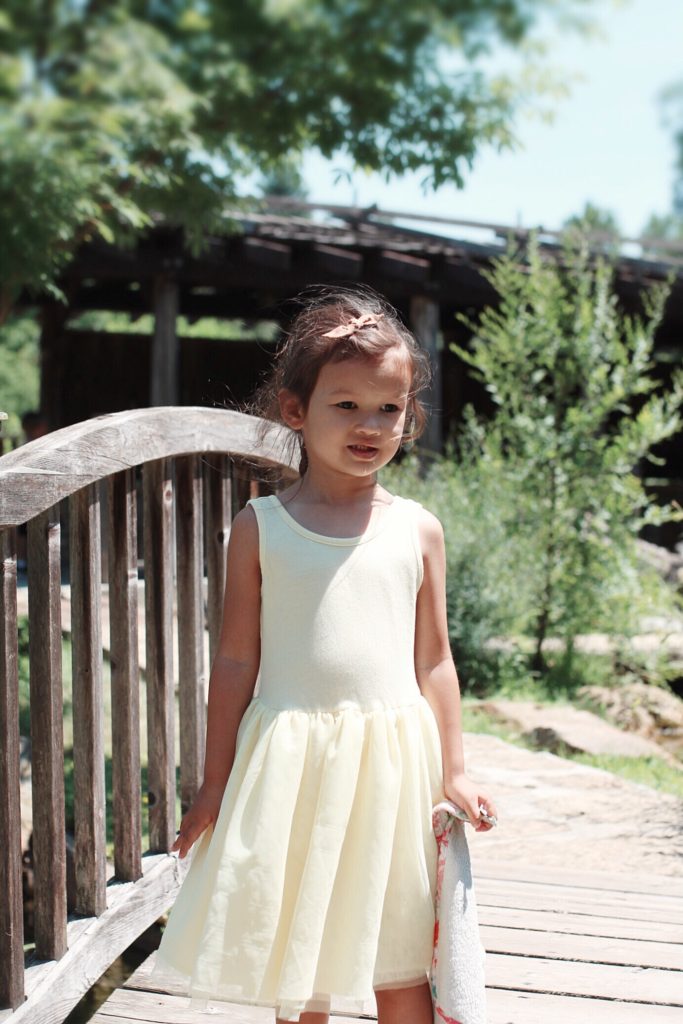