our original plans were scrapped. it was a monsoon of rain the night before, so all the pumpkin farms were either closed or opened with limited access. we were super bummed. we love going to some sort of pumpkin farm every year because the kids enjoy it so much! well, this season, we had a chance to go to a little patch on that rained out day and it was the only time we could go, so be it!

ok…here’s the story. i dressed olive for the outing but i did not get her out the door. that is usually’s hc’s job. during that time, once everyone is ready…it’s then my turn to get dressed, freshen up, and grab a few things before walking out the door. that, usually, is a good 10 minutes given. well, i ran to the car, jumped in and we cruised to the pumpkin patch in no time. i get out of the car and open up the back door, look at olive, and my jaw drops. she’s wearing ballet slippers, no socks, and NO jacket. no scarf. no cardigan. no outerwear. i almost lost it. it was probably 50 degrees, windy, wet, and muddy. i could not believe she was not bundle up to be standing outside for at least 45 minutes or however long we were going to be there. plus, i couldn’t believe she wasn’t wearing boots with us walking around in the grass, gravel, and dirt {or really mud}.

anyhoo, so i forfeited my jacket to miss olive. there was no way i was going to let her wear less than what i had on! poor thing was so chilly!! her nose turned pink and her hands were so cold. albeit the rough start, we really had a great time! we all picked out giant pumpkins, little pumpkins, and olive helped me pick out mini pumpkins and gourds. olive was having a blast and that’s all i could ask for. when i see her super happy, it just makes everything good.

we perused the small place a little bit more just to check out all the goods, just to make sure we weren’t missing anything! grace grabbed some fresh cider doughnuts and we then paid for our bundle of festive fruits and moseyed on home. although it was a quick trip, it was a fun one {despite the crazy shenanigans in the beginning!} we came home with the pumpkins i wanted, pretty mums, and yummy doughnuts…it was quite the successful trip! 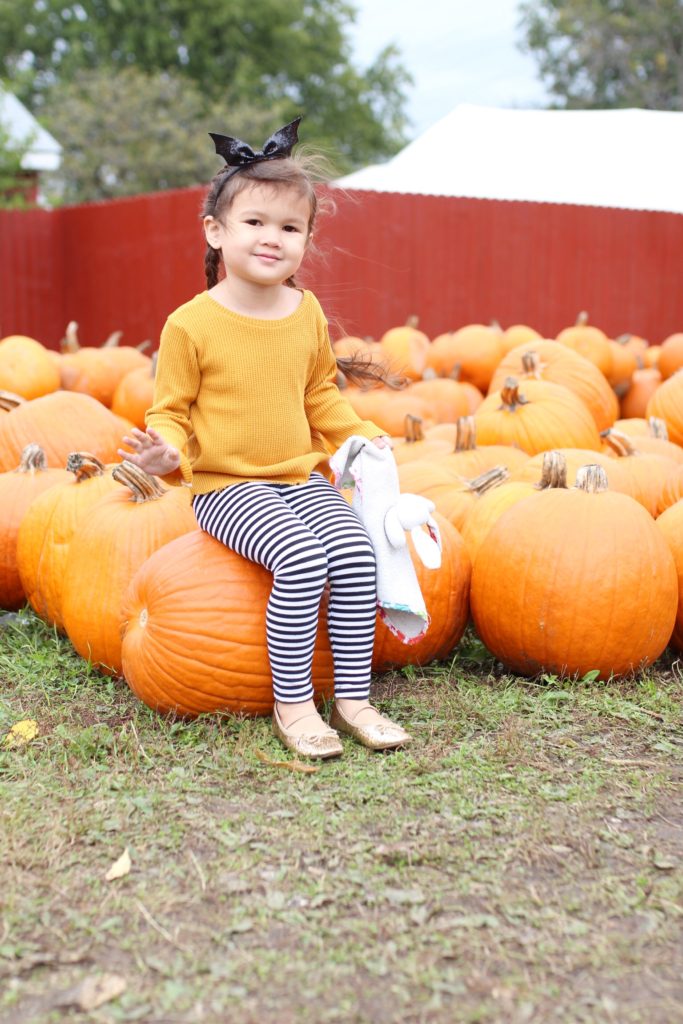 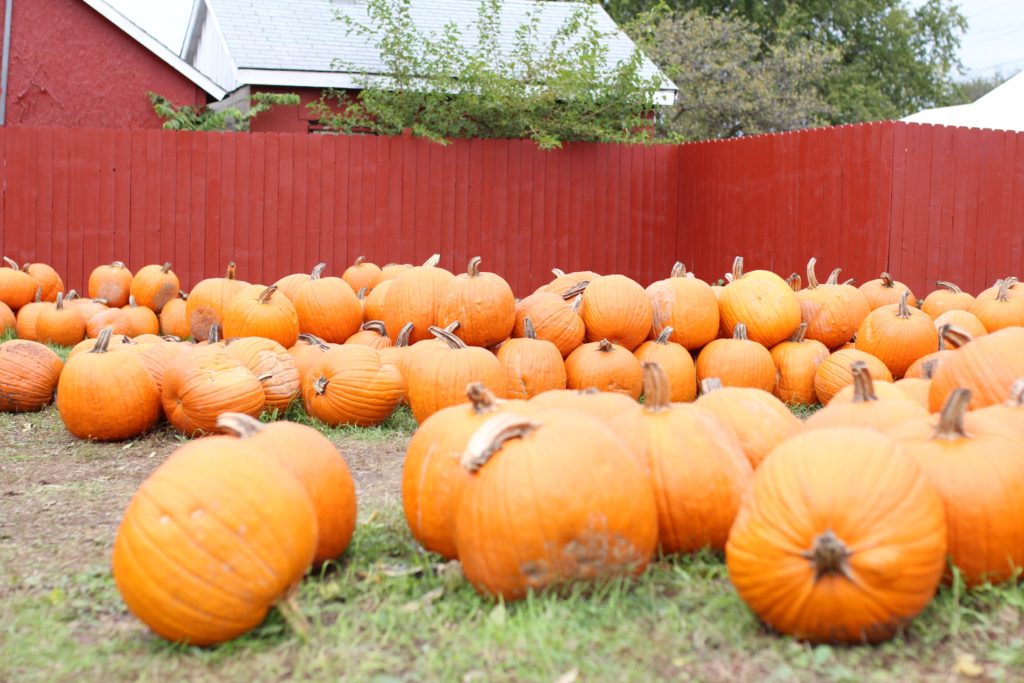 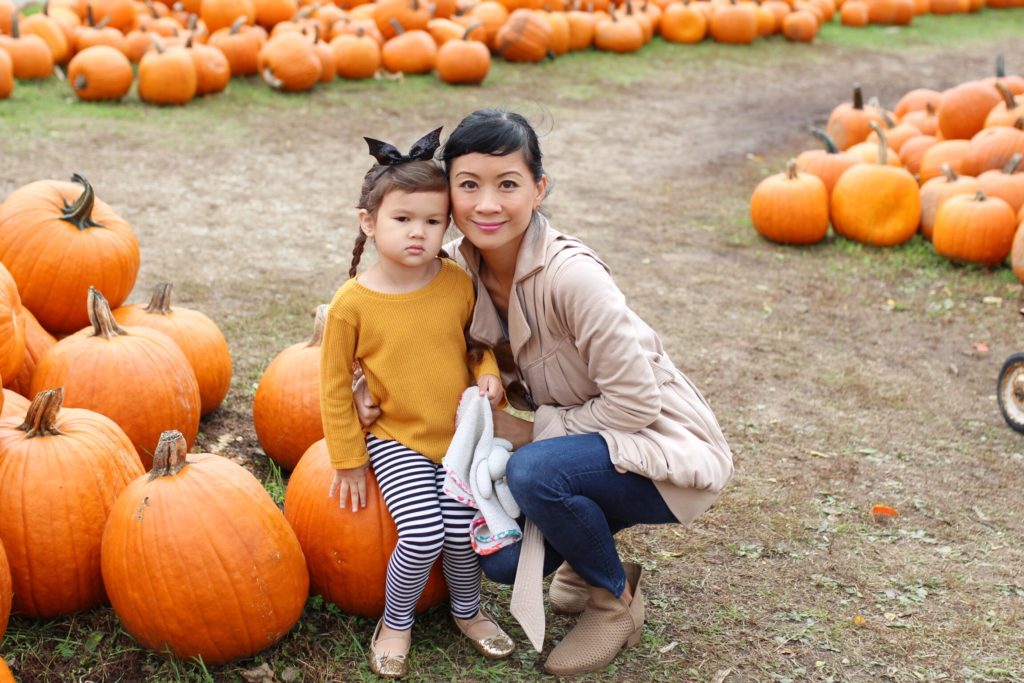 [i love this girl so much!] 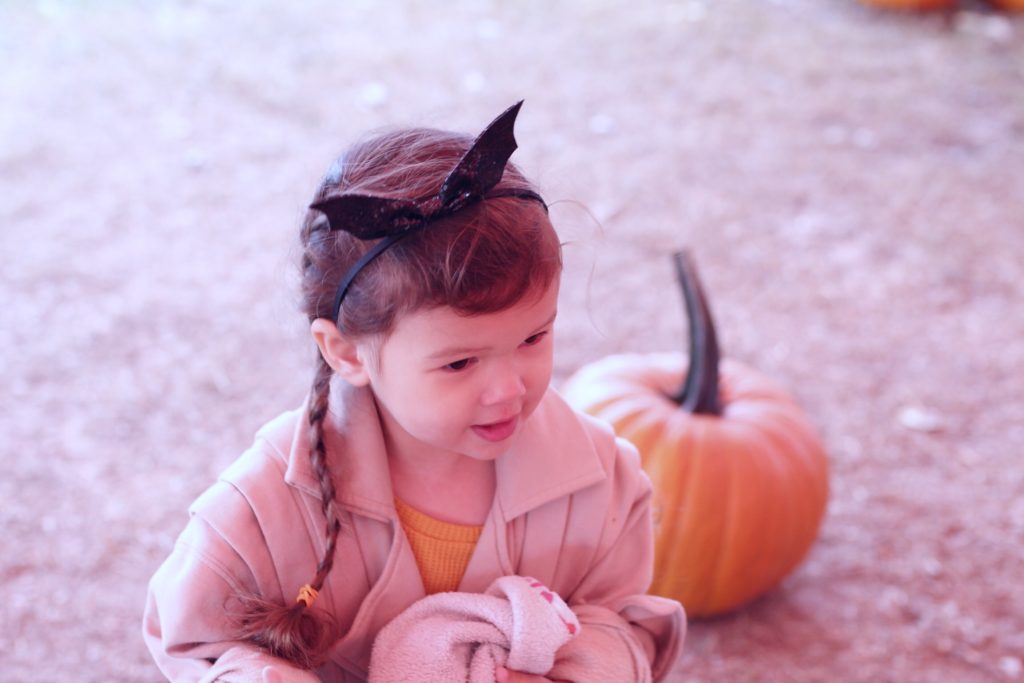 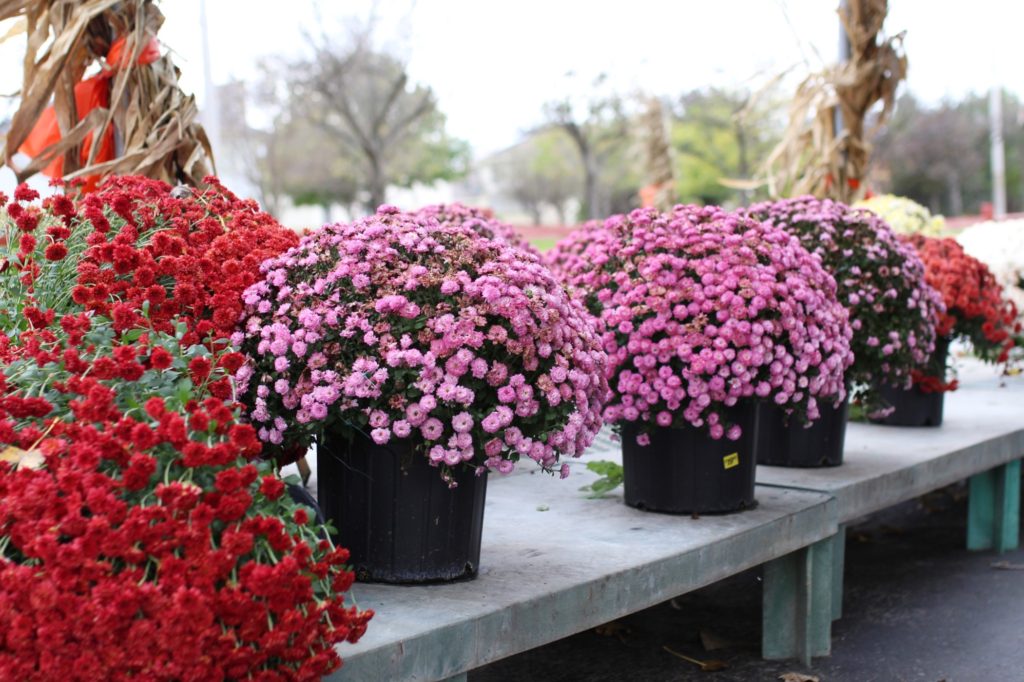 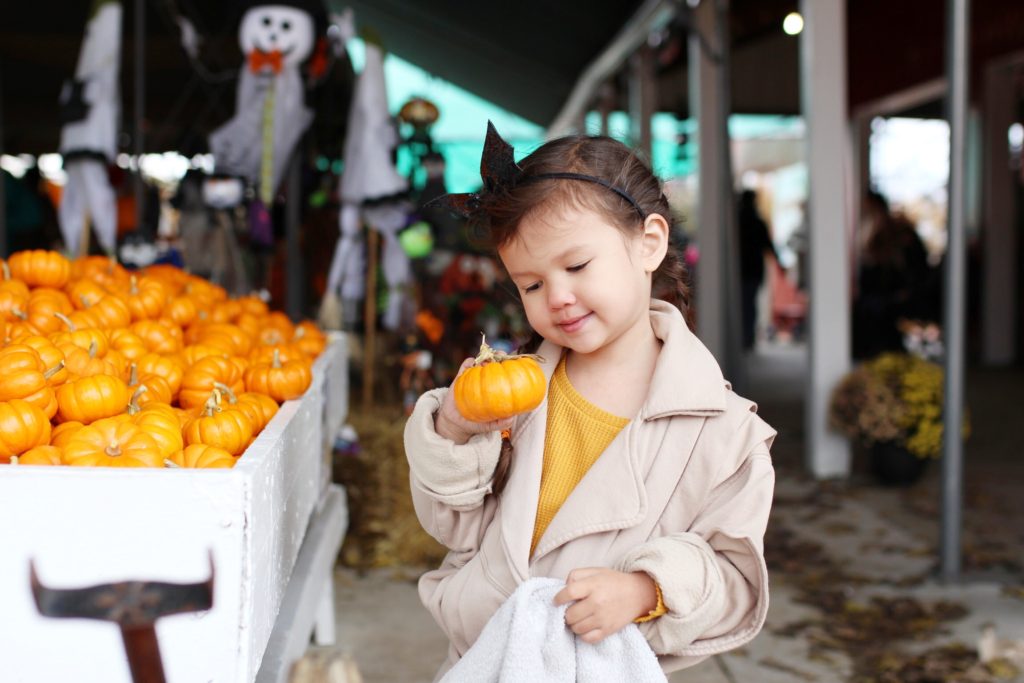 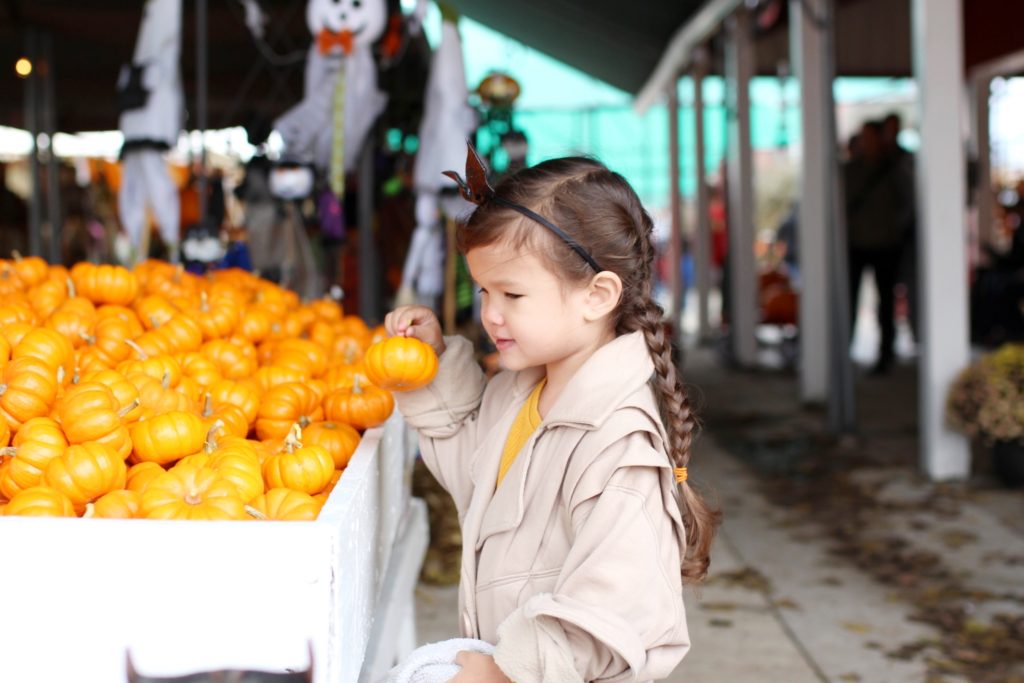 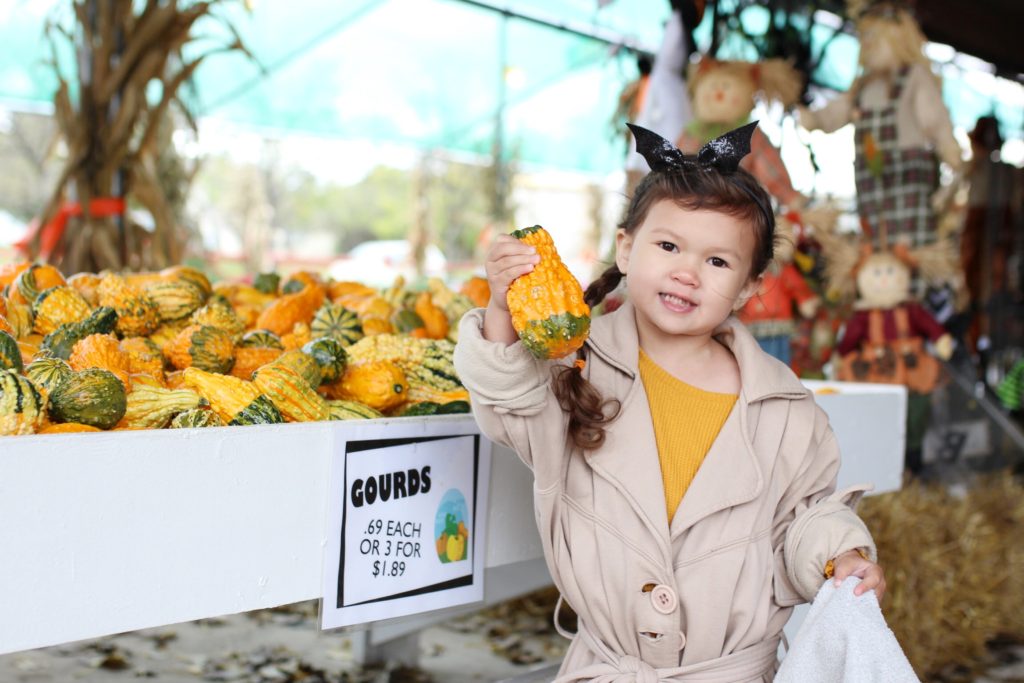 [she picked out little pumpkins gourds for us] 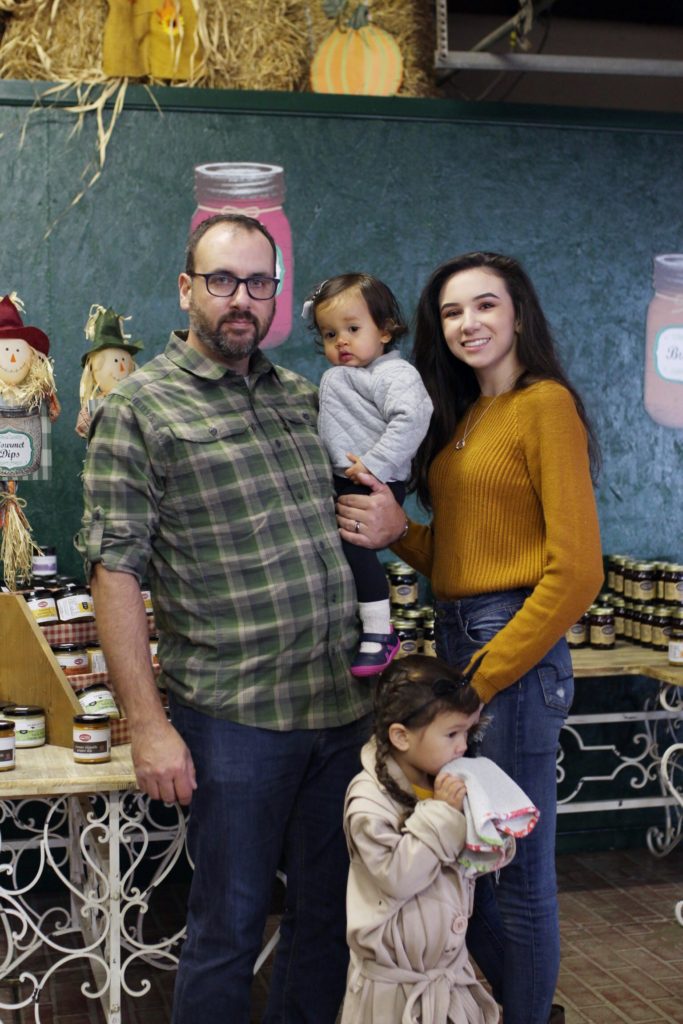 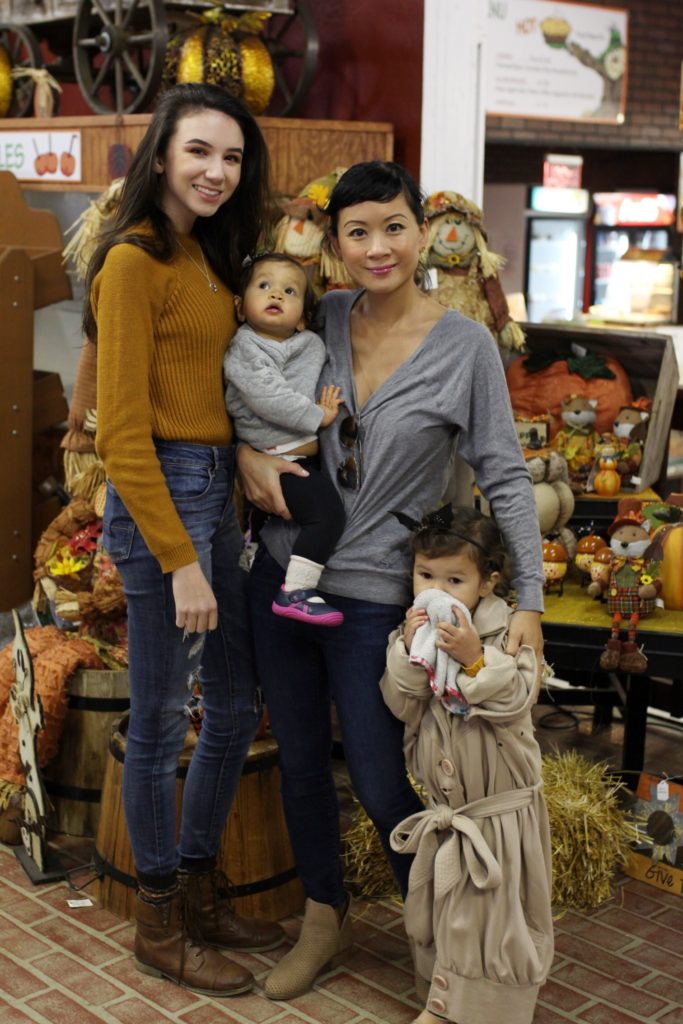 [the best moments everrrrrr…when she gets so excited to see me. i absolutely love this so much!]