oh, i was sooooo excited for halloween!

i couldn’t wait to match the girls! i was so stumped for quite awhile on what i was going to dress them as. i hemmed and hawed over so many ideas but alas, i chose fairies. olive loves tinker bell, so i thought it was fitting for her to be a fairy princess and ellie as well!

i ended up curating their costume pieces. i shopped only small {meaning small businesses that were handmade} and quickly put together their sweet, whimsical costumes. i loved every single piece i purchased. the best part? olive can and still wears all the pieces after halloween! it ended up being her most favorite outfit to date!

we dressed up both girls and went outside to take pictures {the weather was amazing!! not cold or rainy! it typically is every year!}. that was a complete debacle. olive couldn’t hold ellie upright {her costume was too slippery} and by the time i decided to lay both girls down on the blanket on top of the grass, they were both in sour moods and wouldn’t stop crying. seriously?! fml trying to take a decent picture! ha!

after pics {i needed a shower because these girls stress me out sometimes!}, we started our trick or treat journey. it was the cuuuuuuutest thing to watch olive! i did a few a examples for her but after that, she got it! i loved watching her be so independent and sweet! she would quietly knock on people’s doors and not move so it was difficult for them to open the door. ha! she would quietly say, ‘twick o tweet’ and ‘dank you!’ to every person who gave her candy. man did she get brownie points for her cuteness…so many folks gave in and would dump candy into her basket or give extra because they say ellie. olive made out like a bandit for only hitting a few houses!

as we walked along the block, we chit chatted with neighbors and got to know quite a few people on my parent’s street. olive did such a great job and really enjoyed the whole process! after a eight houses {which probably took more than a half hour}, we asked if she wasted to go home and she said, “yes! go home!” and go home we did!

once we arrived home, olive loved checking out all the trick or treaters at the door. she’s finally starting to break out of her shy shell. granted, she still doesn’t really talk around others but she was quite brave with the strangers while trick or treating and loved peeking at all the kids coming to the door and would actually walk downstairs to say hi!

we waited for the trick or treating curfew to end and then packed up our stuff to go home. we tried to get olive’s costume off and that turned out to be the biggest debacle of all time. i mean major meltdown…she flipped out. how dare we tell her to take off her wings and skirt?! we were the devil in her eyes. she screamed and cried and went completely bonker hysterical on us. that was a loooooooooong process that we soooo regretted. ugh.

anyhoo, once we got the little bugger into the car…we finally made it home. phew! that was a knock down dragged out fight but we kind of won. hc stuffed her into the car seat with the compromise of her holding her wings instead of sitting with them on. oy.

overall, it was an awesome halloween. the weather was so fantastic, soooo many people complimented her on the costume, and she had the best time! i love halloween, i always have but now i love it more with our kids in it! it’s so fun and delightful to see such joy in her eyes! 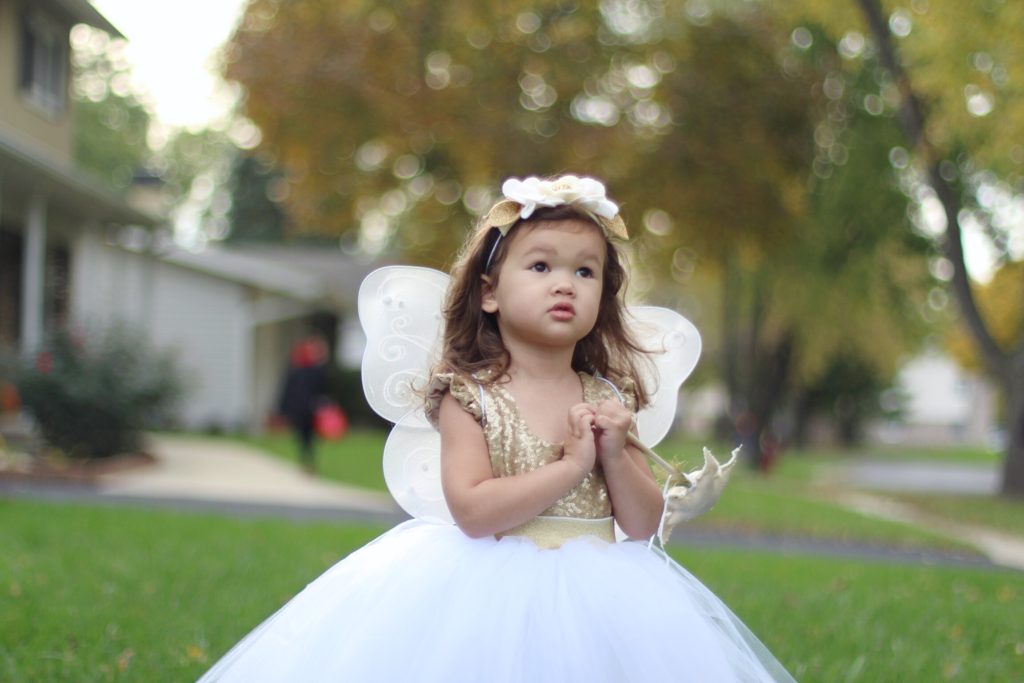 [such a beautiful fairy princess] 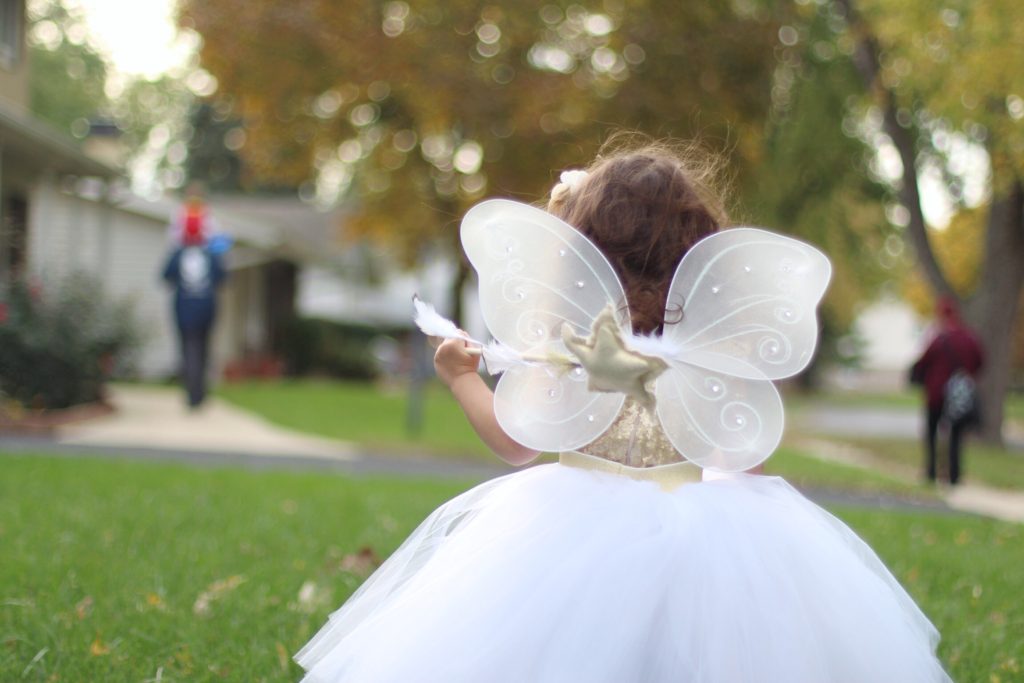 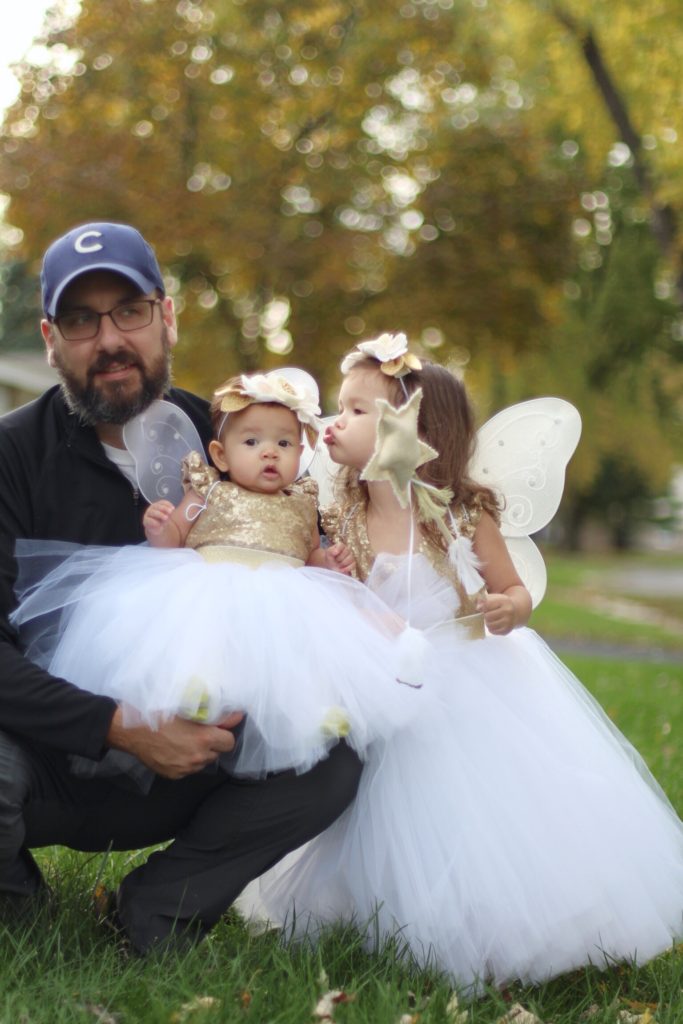 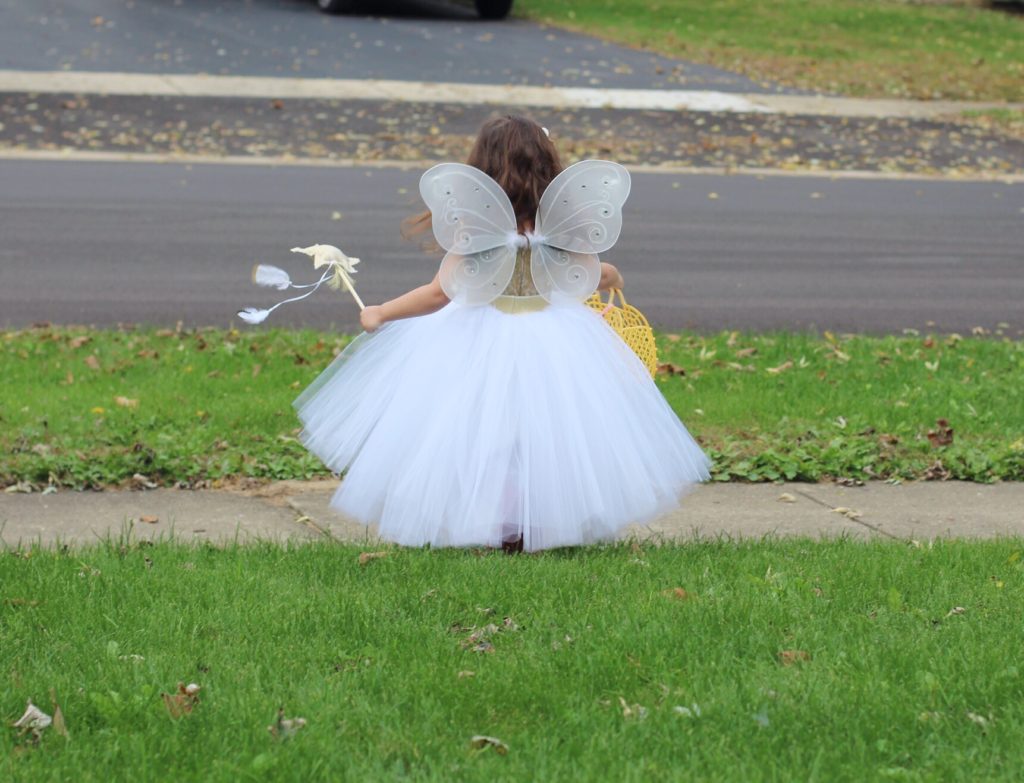 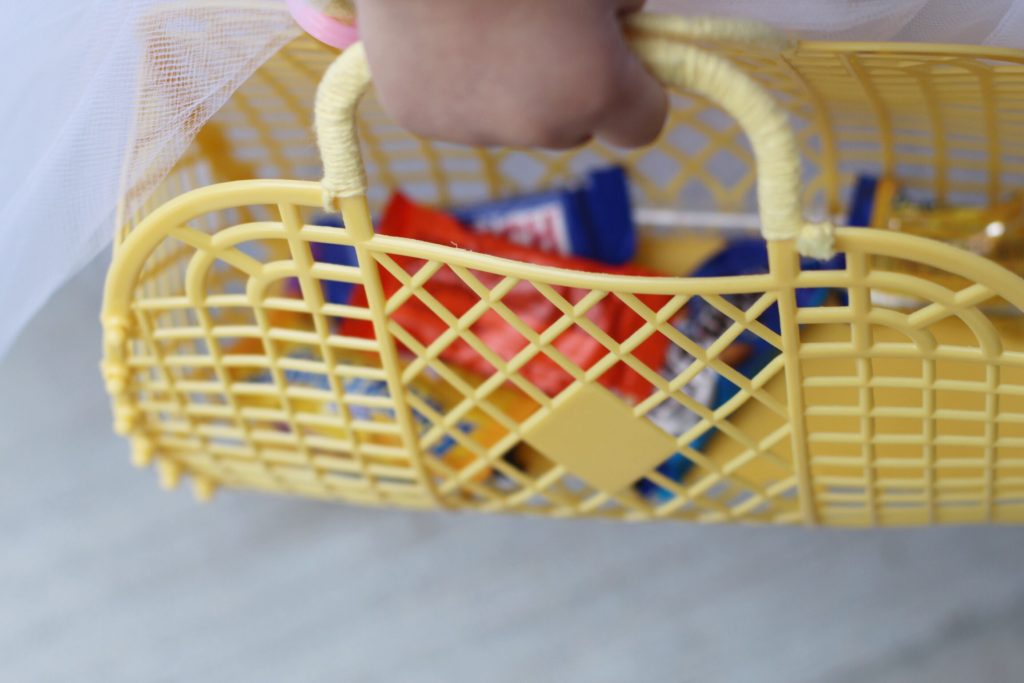 [her trick or treat bag…collecting goodies] 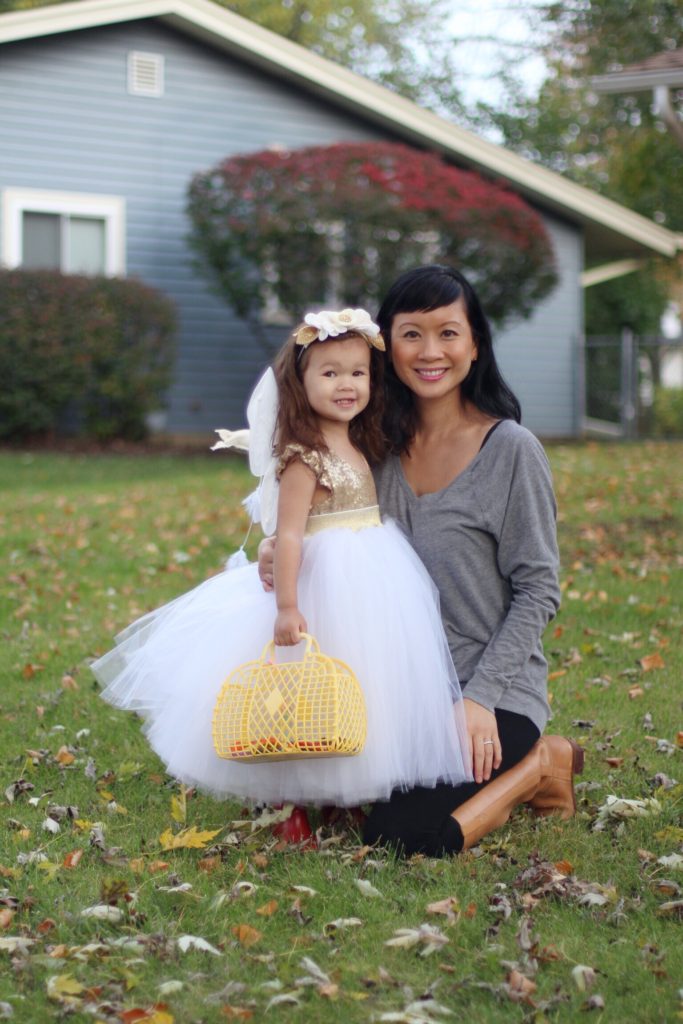 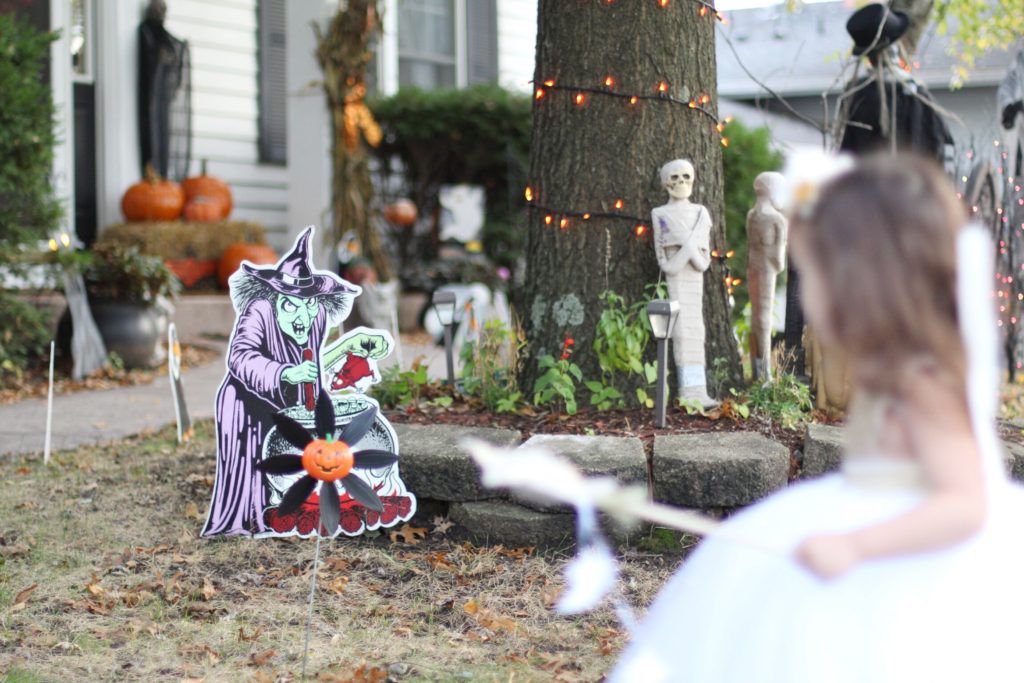 [walking towards the cool halloween house] 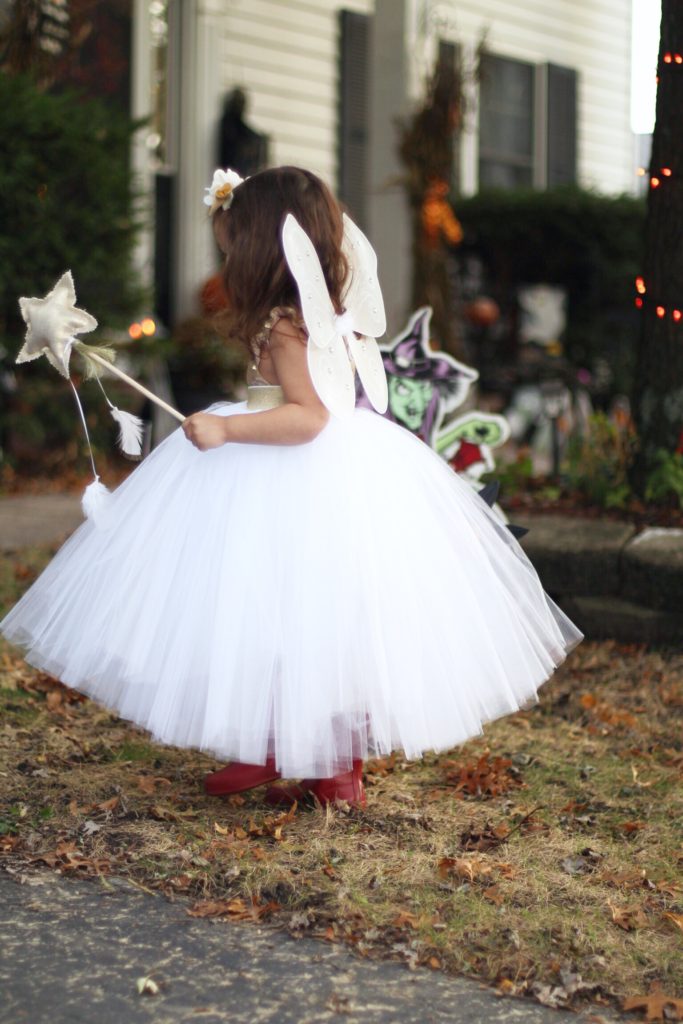 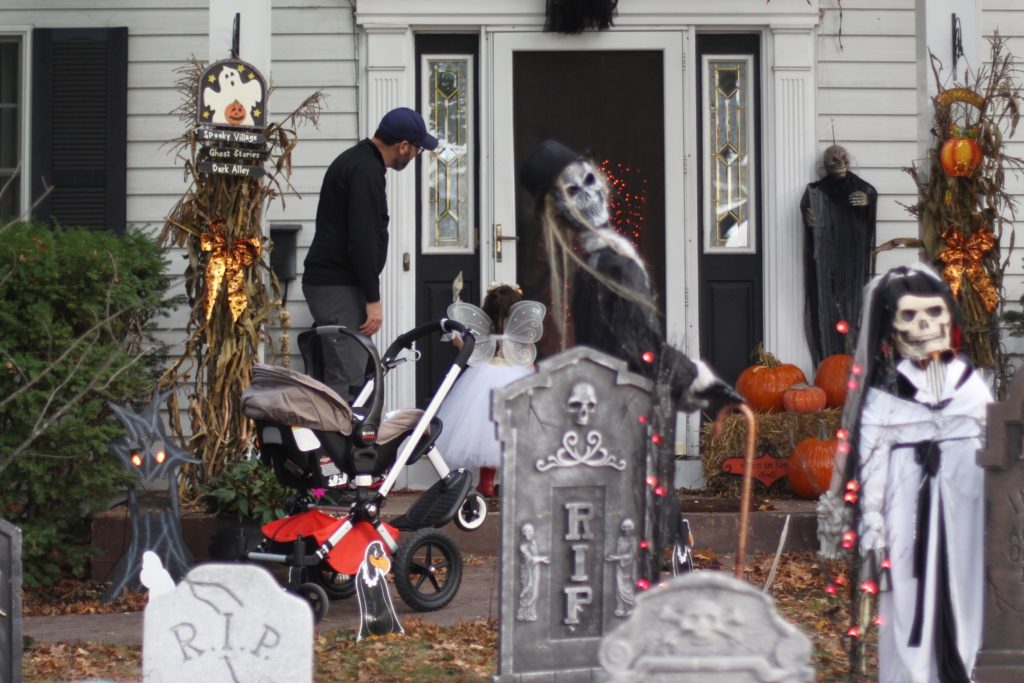 [hitting up a house for candy…knocking on the door. oh how i loved watching her do this!] 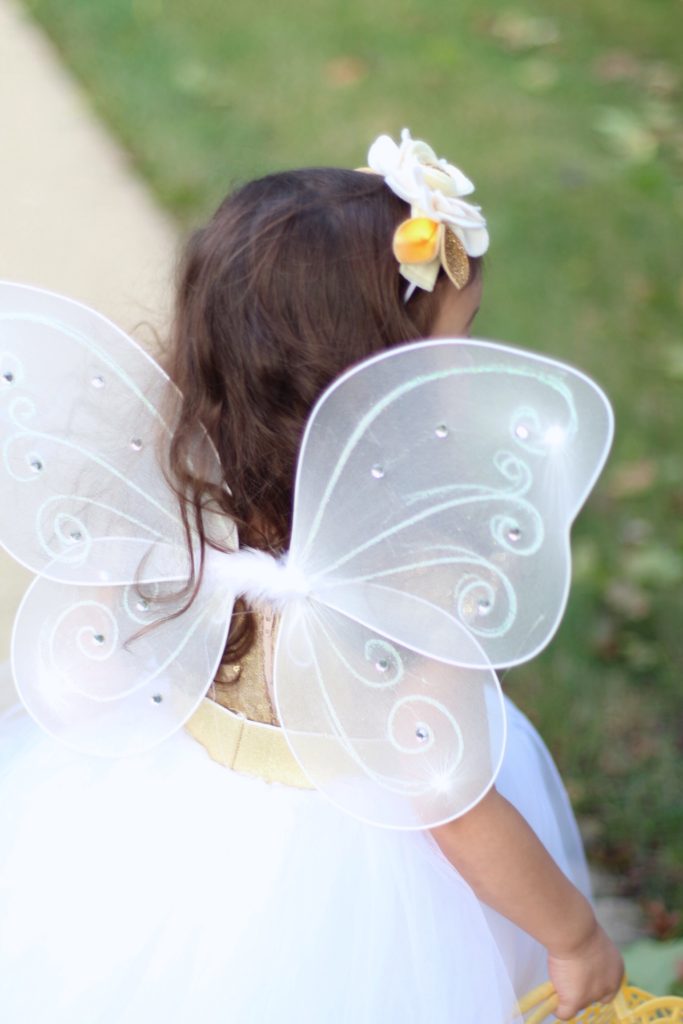 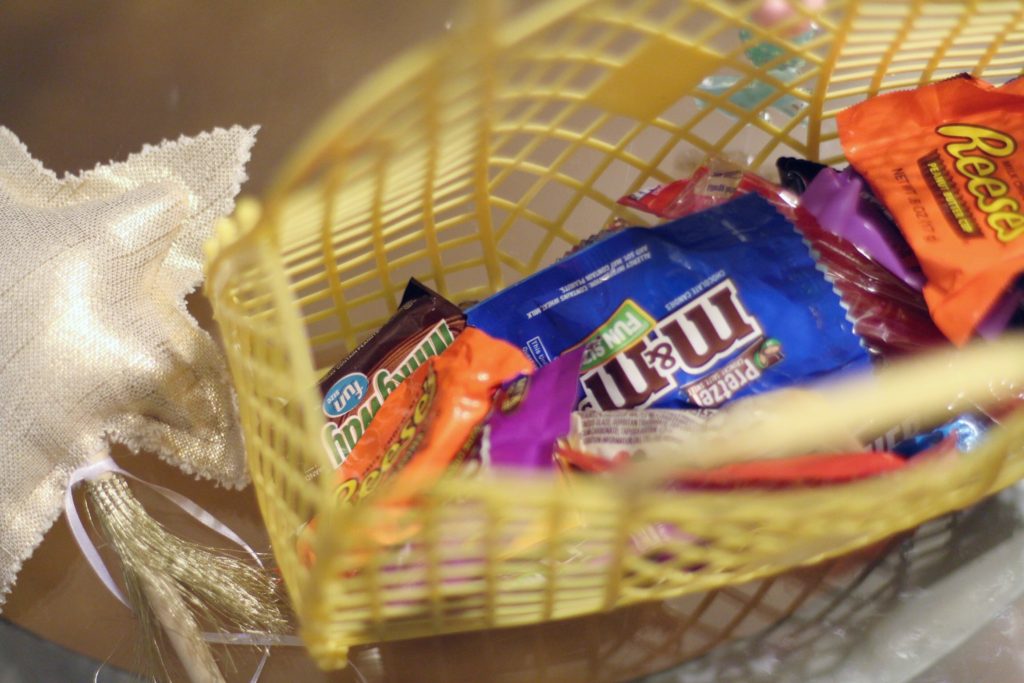