it was a whirlwind leading up to nye. i was so excited, relieved, and happy to have told everyone about the pregnancy but still, the nausea and exhaustion plagued me. i had a busy, busy day ahead of me.

i had a dr.’s appointment early in the morning, so i dropped olive off at my parent’s house because i didn’t want to drag her around – how un-fun for her! it was boring talks with counselors, a lot of waiting around, needles, and whole lotta unfunness {i know, i know…that isn’t even a word. hahaha!}. anyhoo, after the appointment, i had to meet my sister’s at the grocery store and pick up all the food and beverages for the party. that took quite some time. then i had to haul my butt over to the party store to pick up the balloons and party supplies, then i had to go to the post office to drop off some packages, then i headed home to unload my entire car {bags and bags of groceries, party supply bags, and two dozen balloons}. it was like a flippin’ clown car.

after i cleared out the car, it was then all about the work inside the house. i had to clean, clean the bathrooms, put away all the groceries, start prepping the area for the party, decorate, and eventually get the apps started. blah! i chugged away at everything as i had one eye glued to the clock to make sure i was on track. it was almost 5 o’clock and i was alllllllmost done! i ran into the bathroom to get ready and my sister kim and bro in law showed up to help! wooooo hoo!

it looked great {i must say so myself}! i had set up the photo booth, decorated the table spread, set up the dessert table, hung all the decor, and assembled all the kid’s favor boxes! my sister finished the apps, i was getting dressed when everyone started to arrive. perfect timing.

it was mainly family with a sprinkling of a few friends. as the night wore on, it got a little bit more crowded and packed with twists, turns, and surprises. my brother and his fiancé were suppose to fly out but their flight was over booked! bad for them but good for us! that meant they were going to ring in the new year with us! first time in who knows when last! 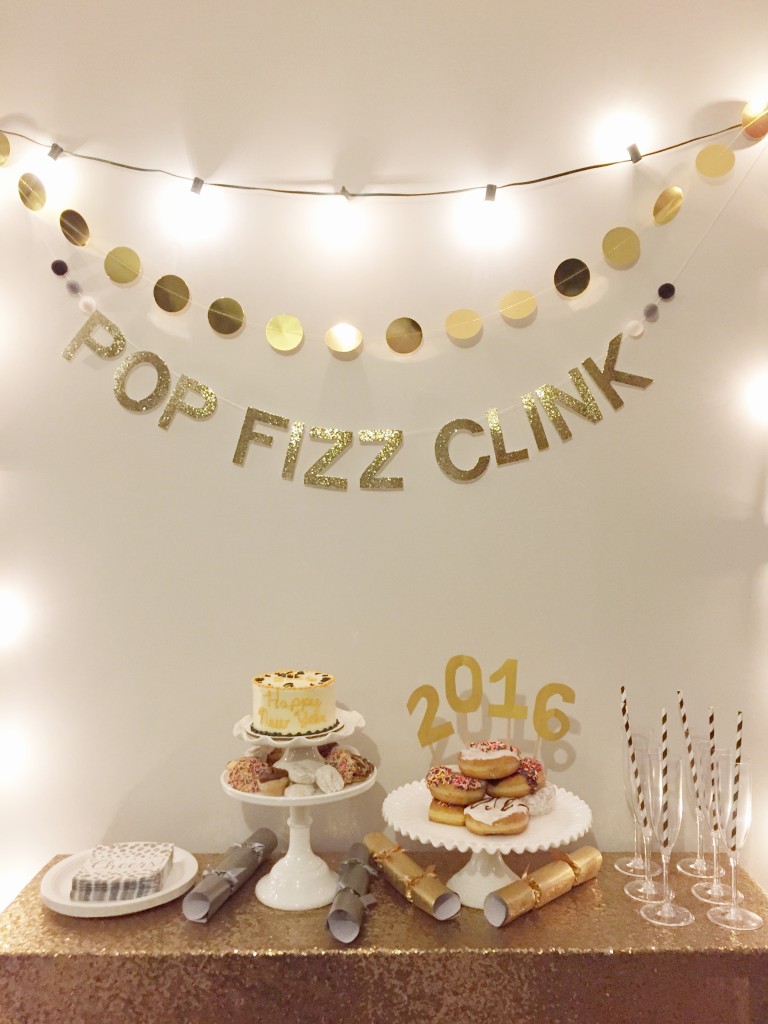 [blinging in the new year!] 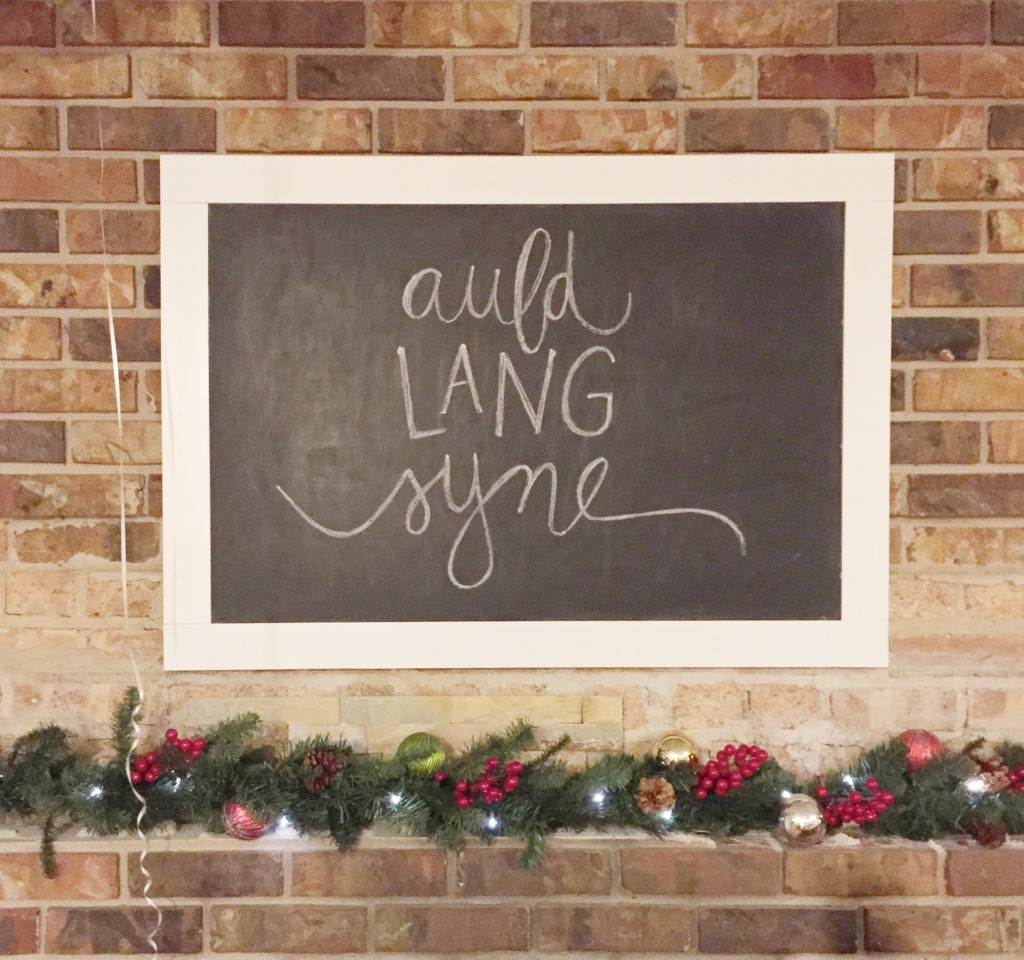 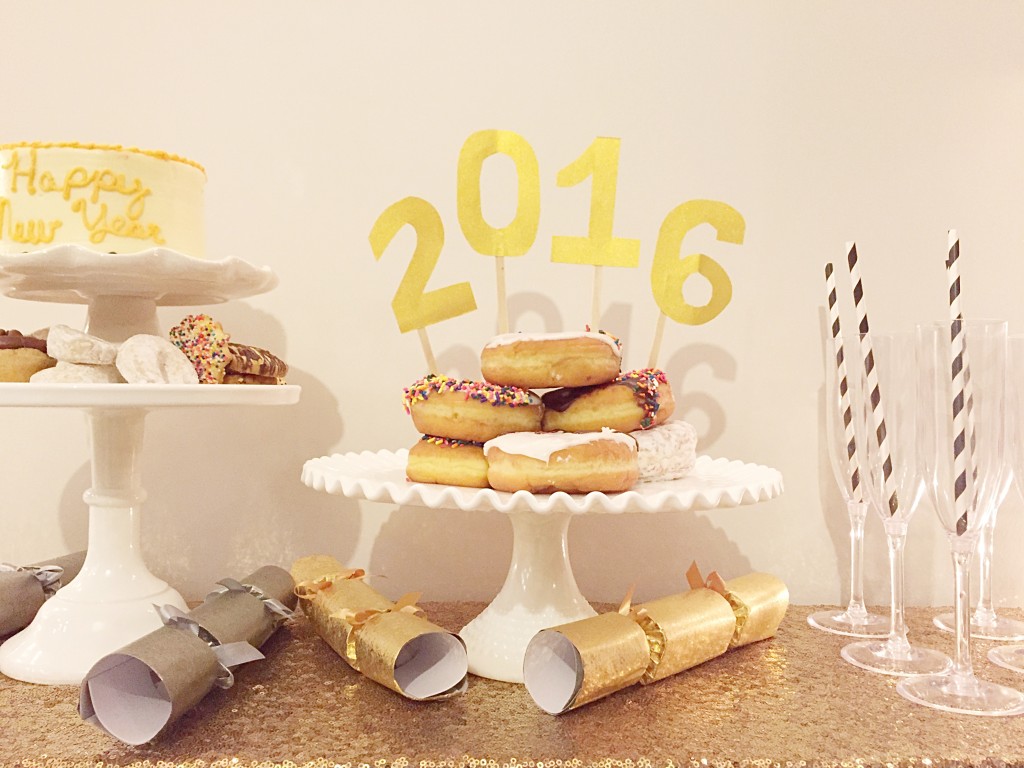 [i really wanted the numbers 2016 on sticks but last minute, no one had it available to buy, so i scurried home, hastily cut it out of glitter paper i had at home and voila!] 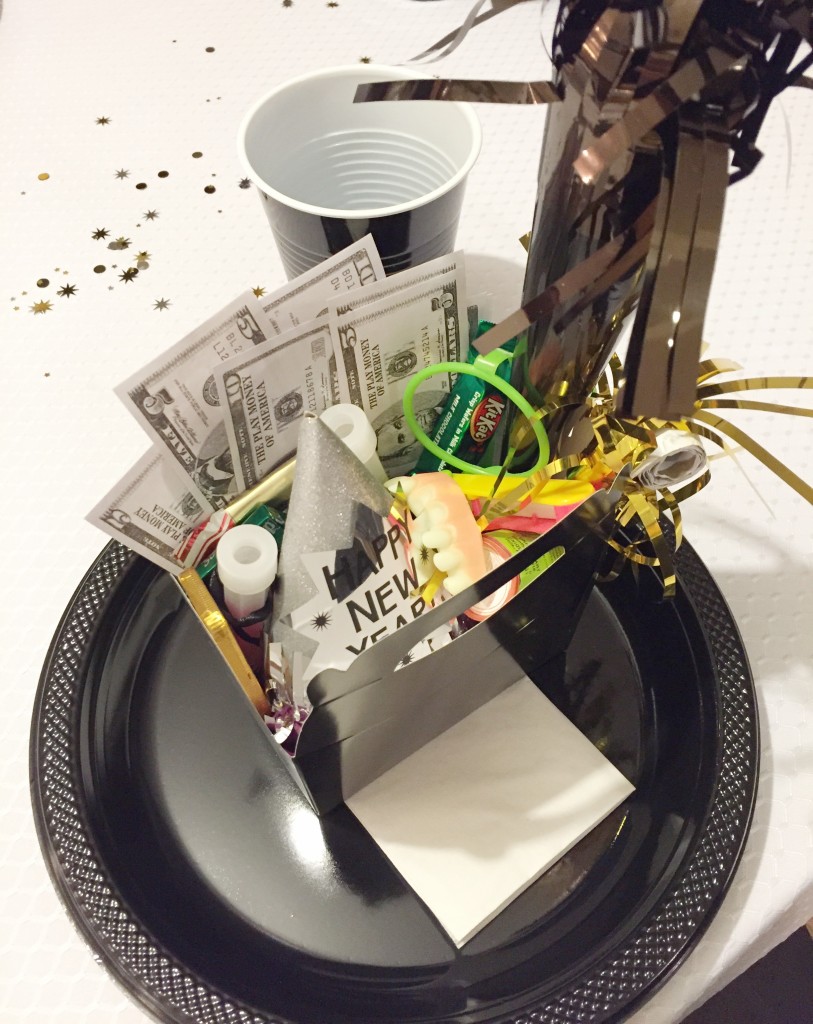 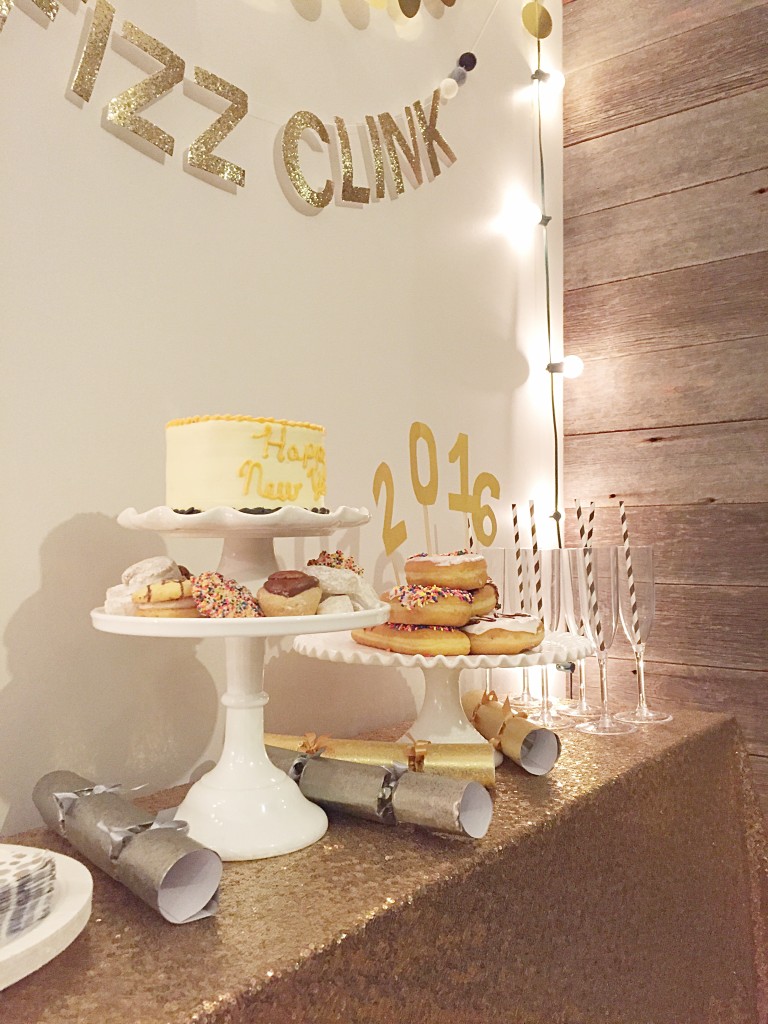 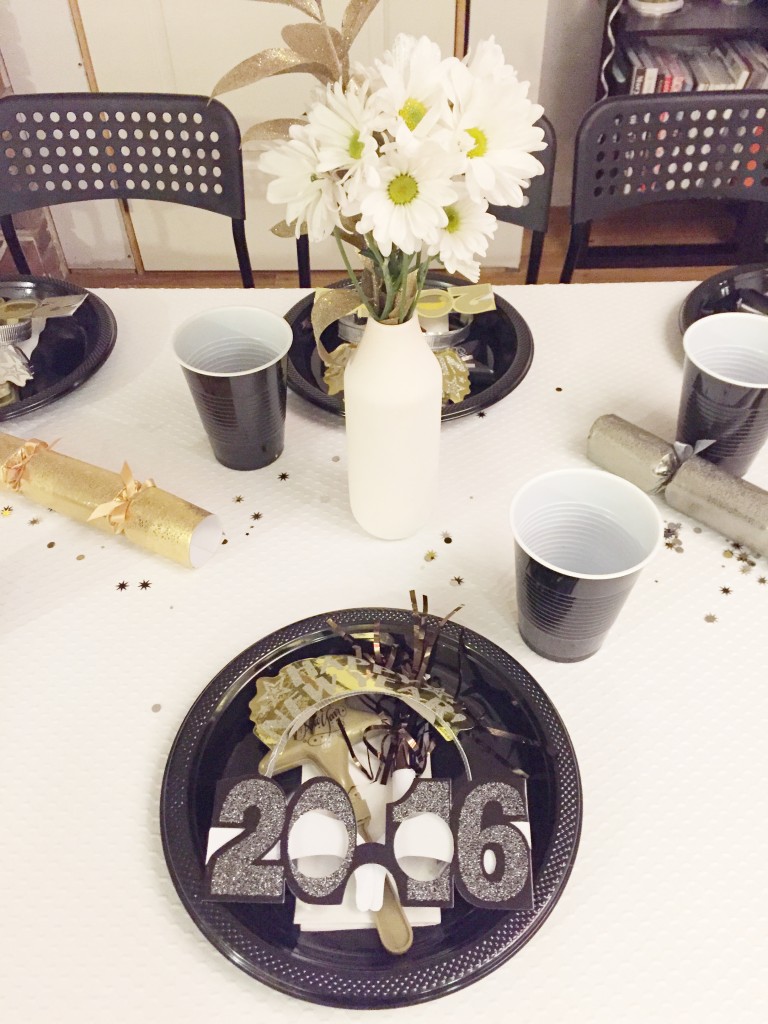 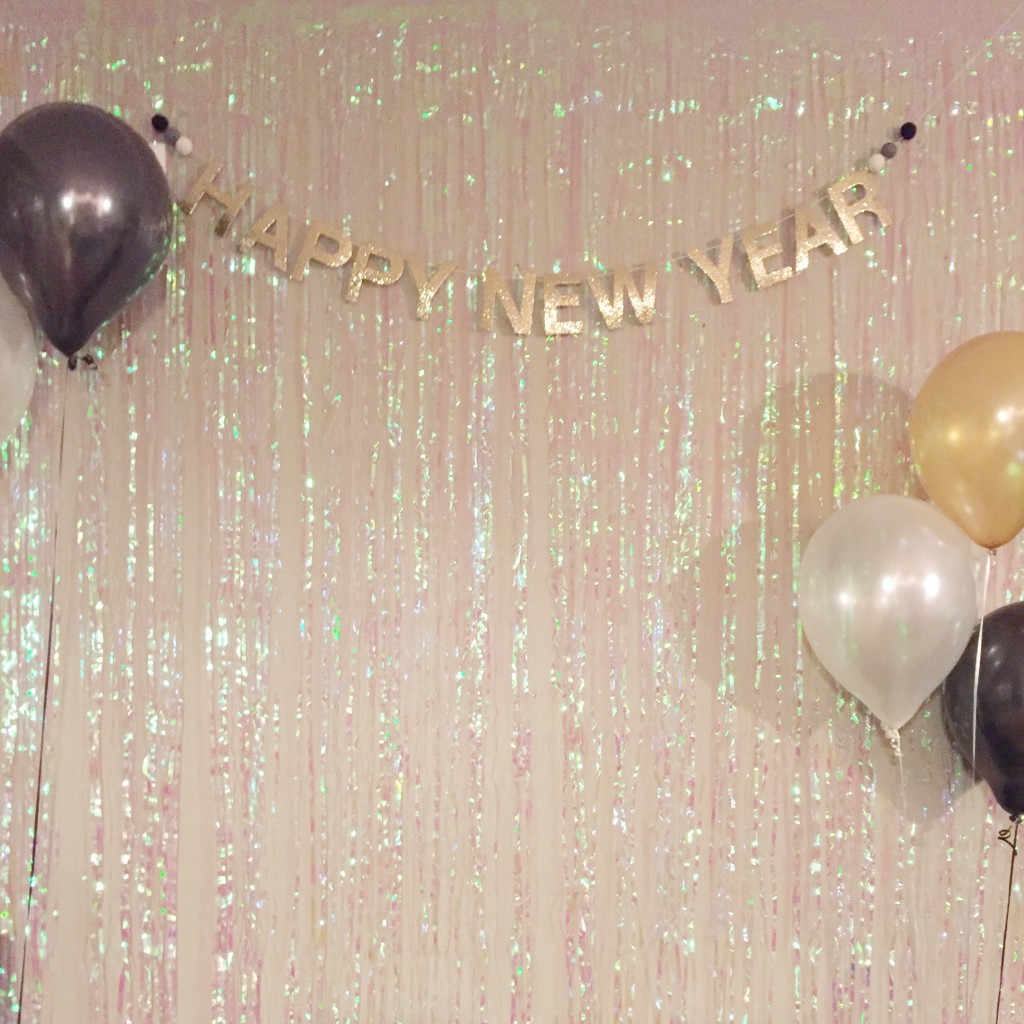 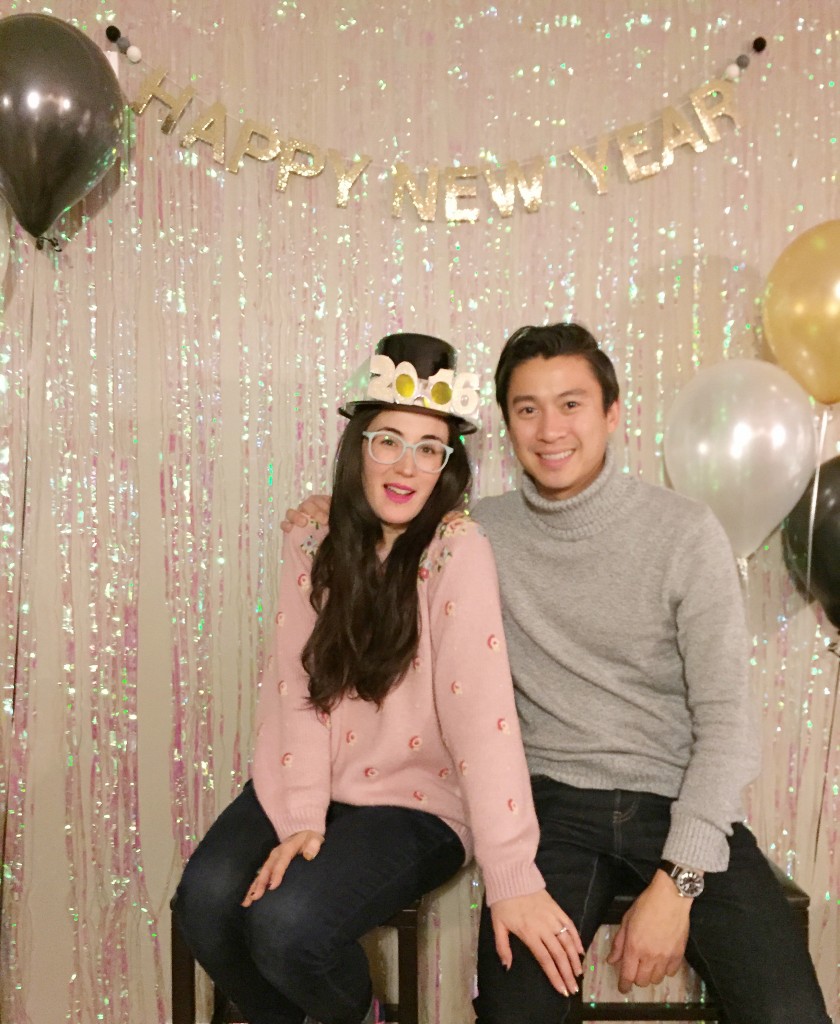 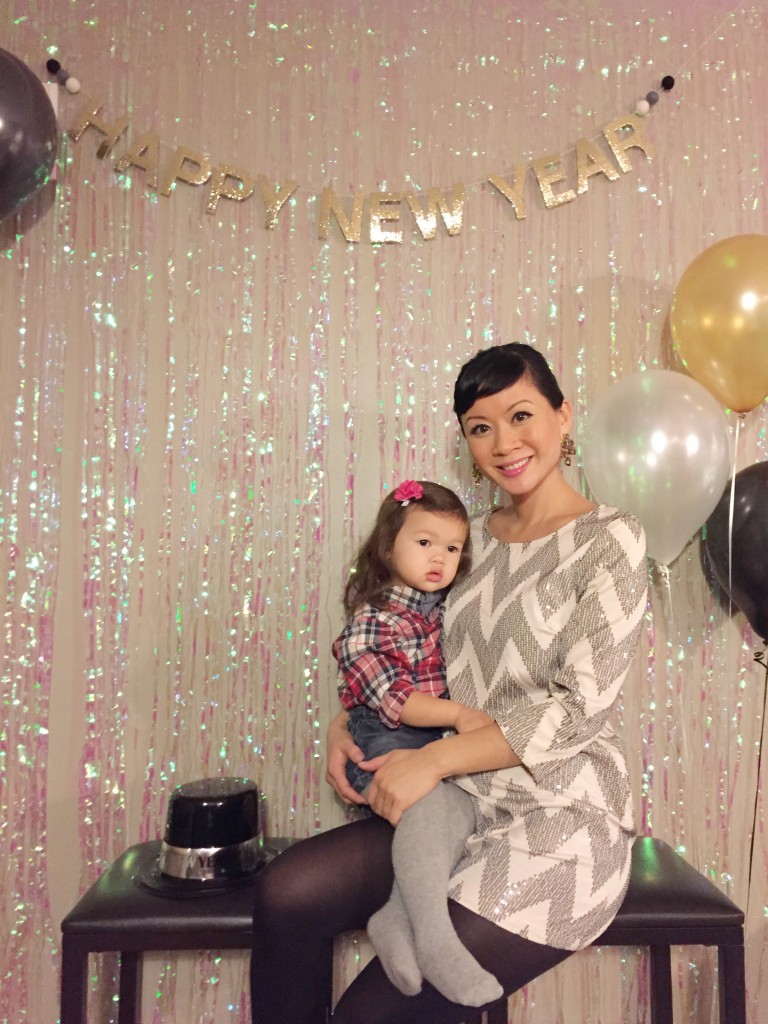 [me and my baby girl] 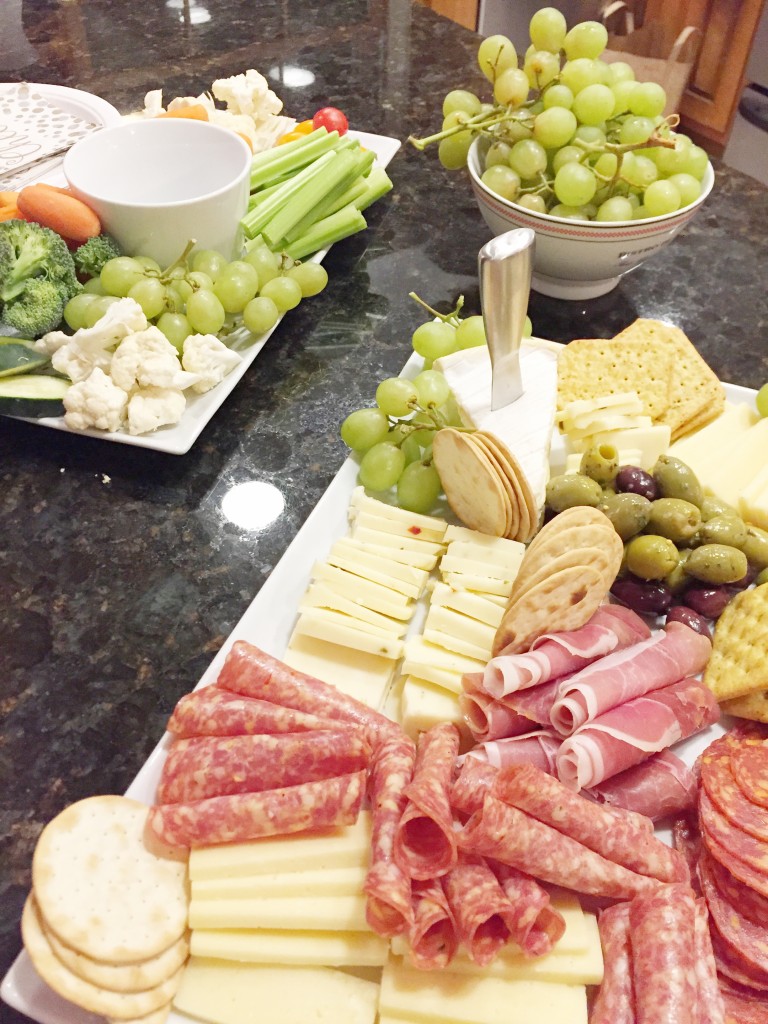 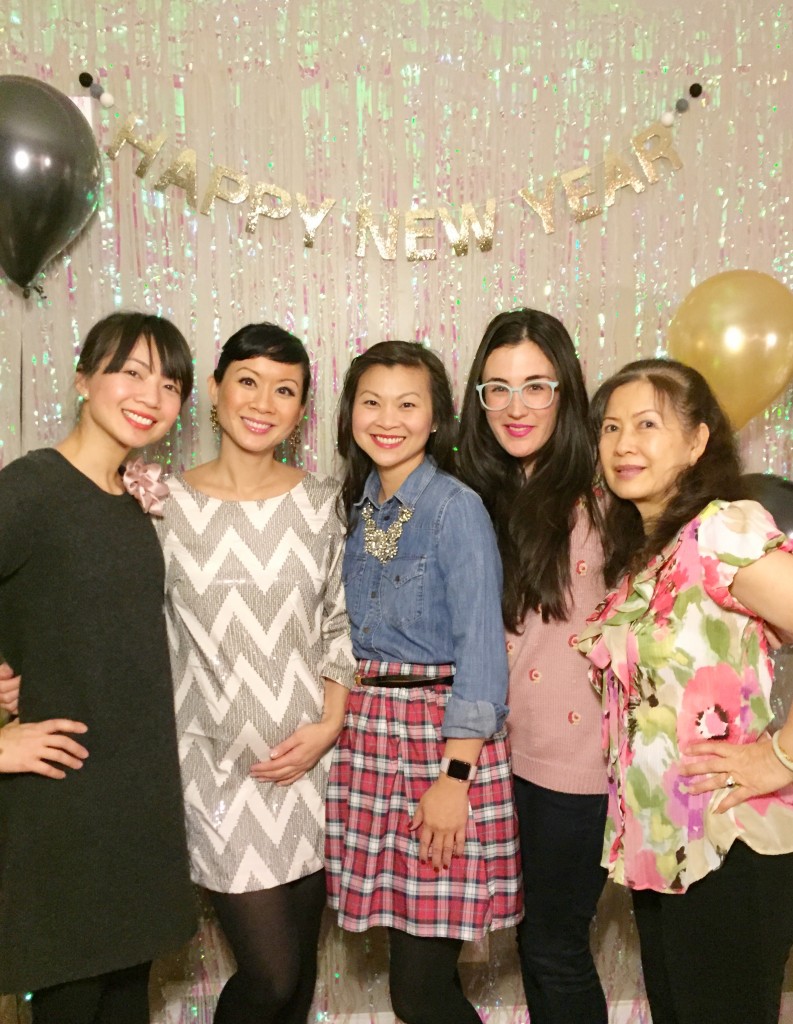 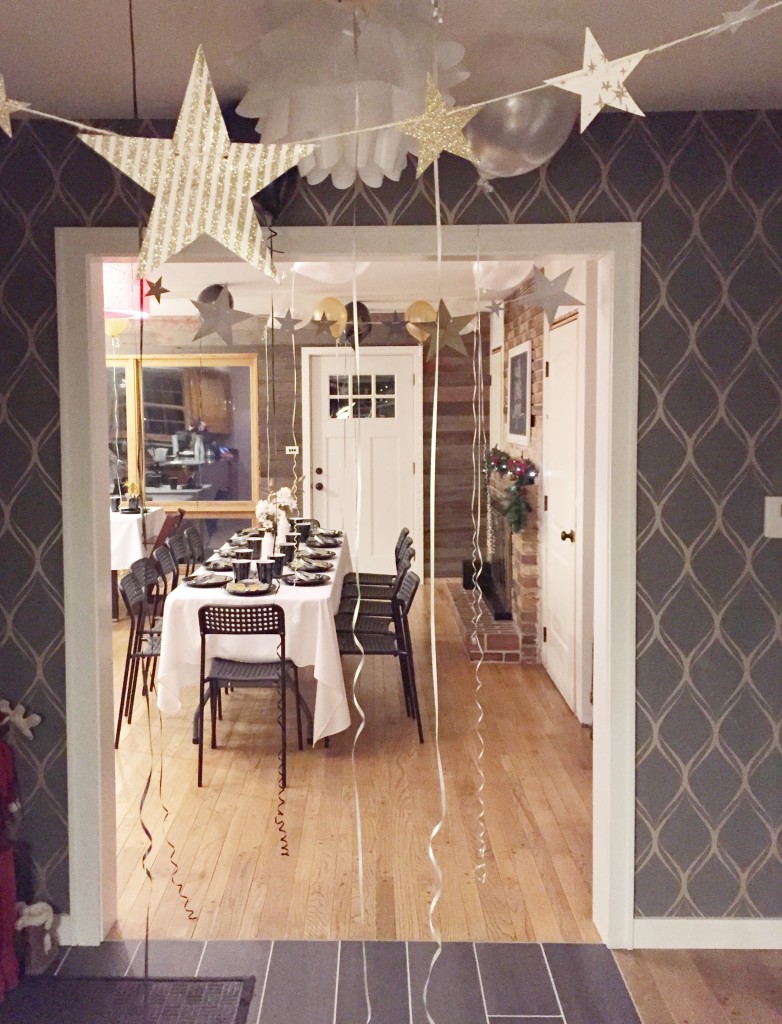 [i will say this until it is done, but don’t mind the kitchen under remodel!] 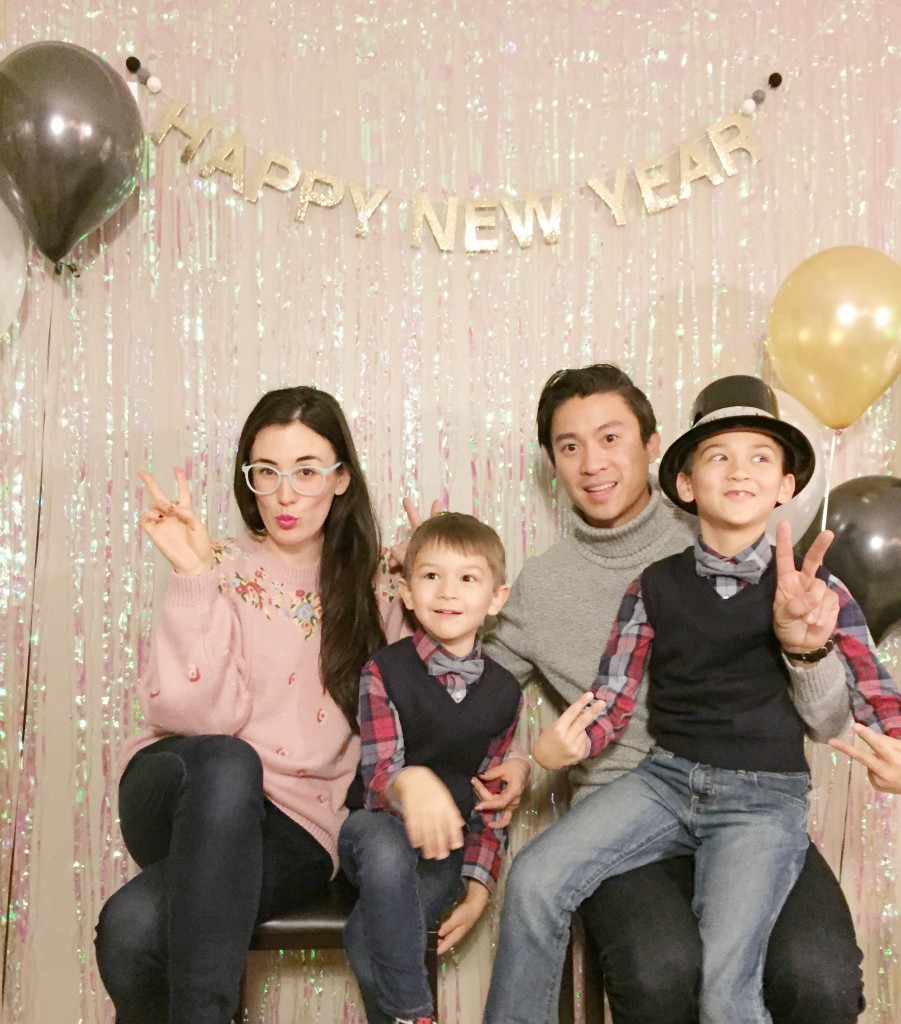 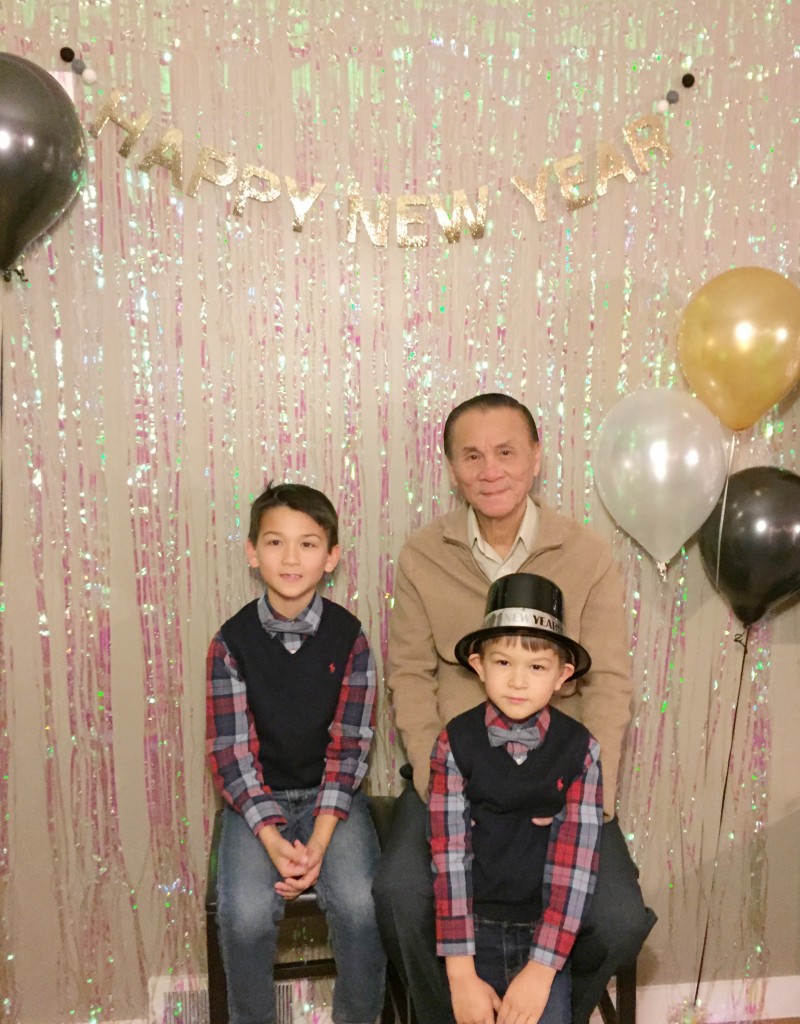 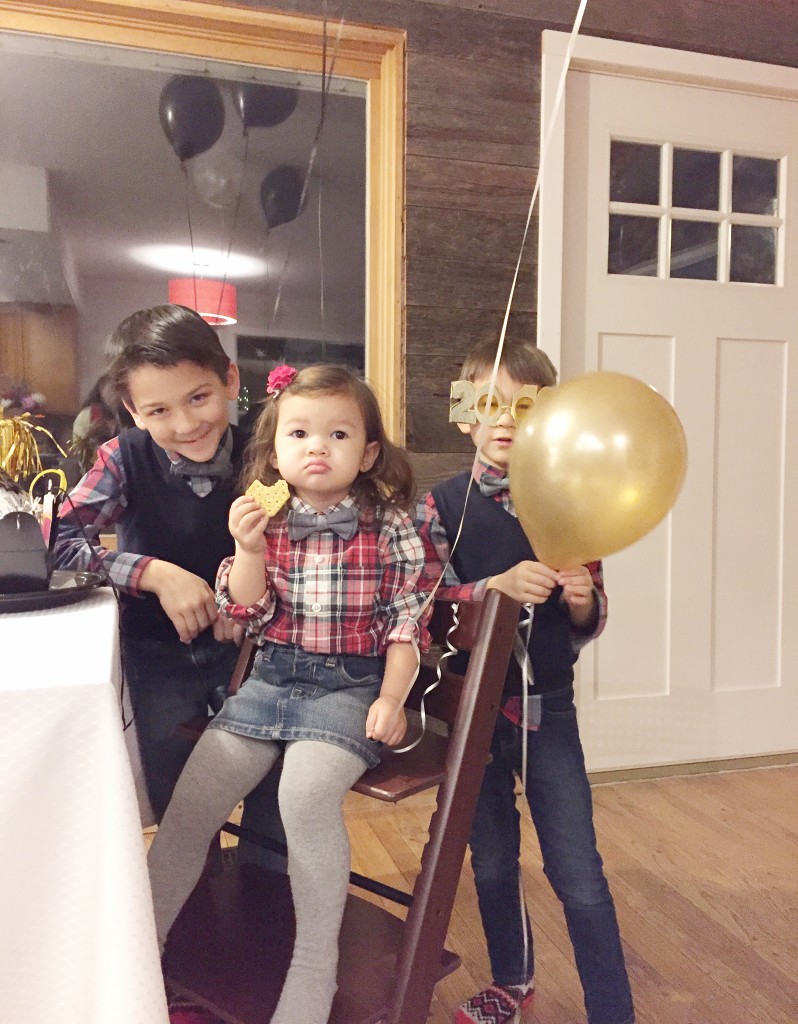 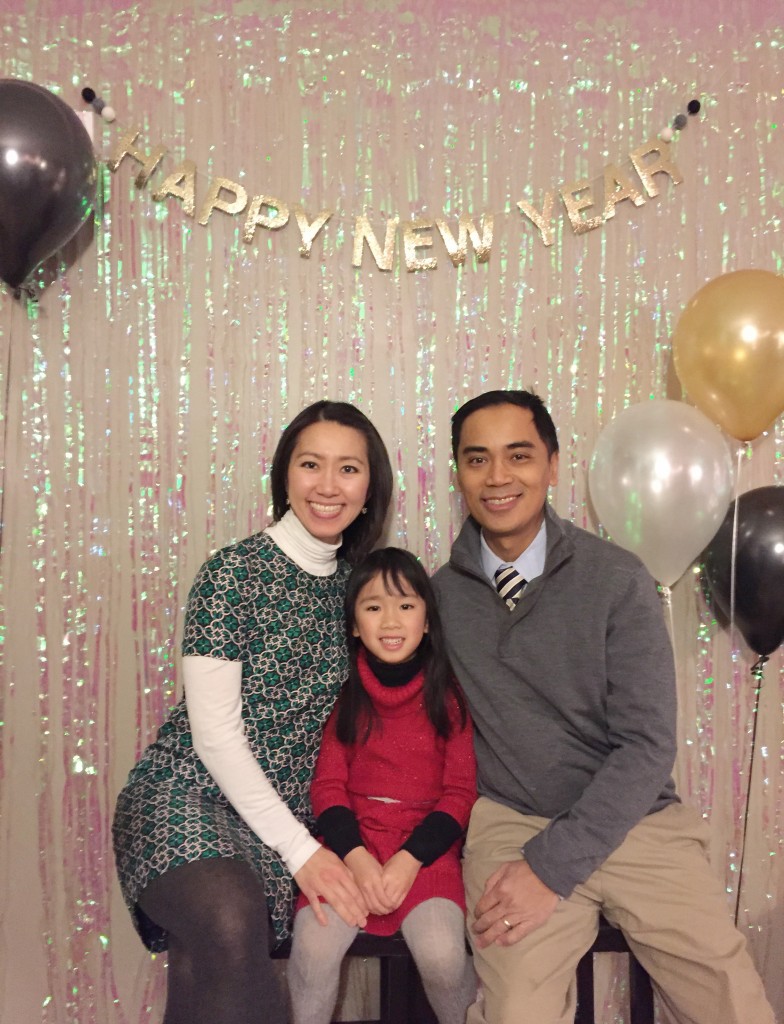 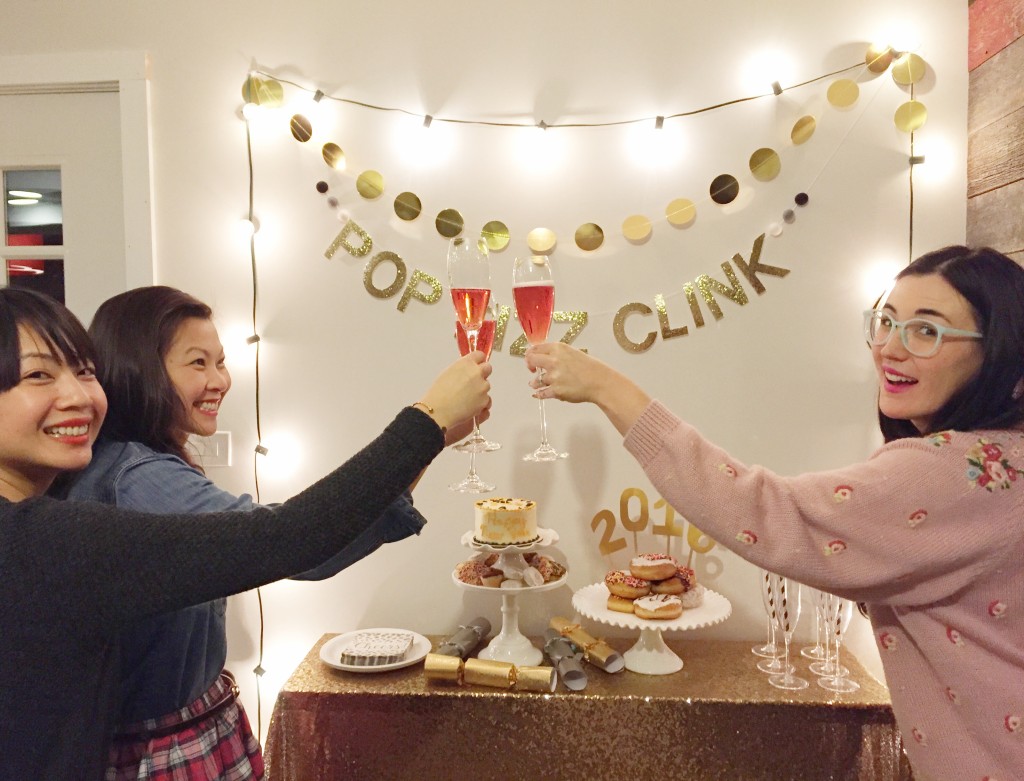 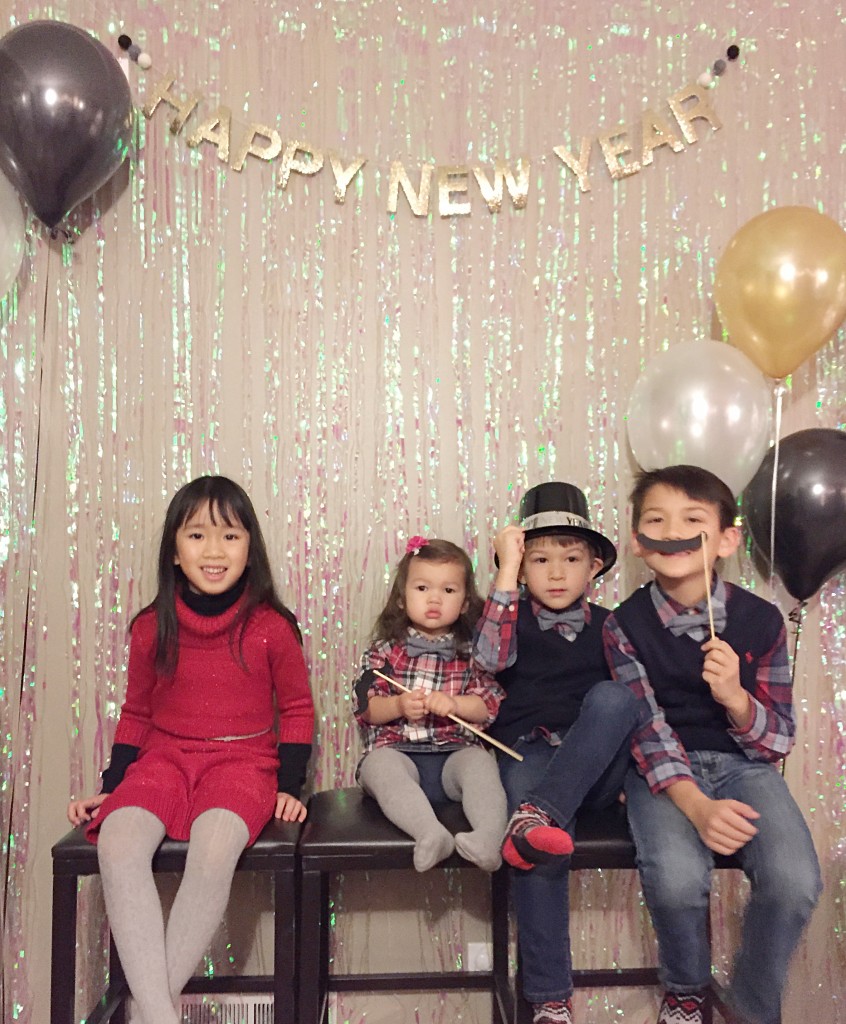 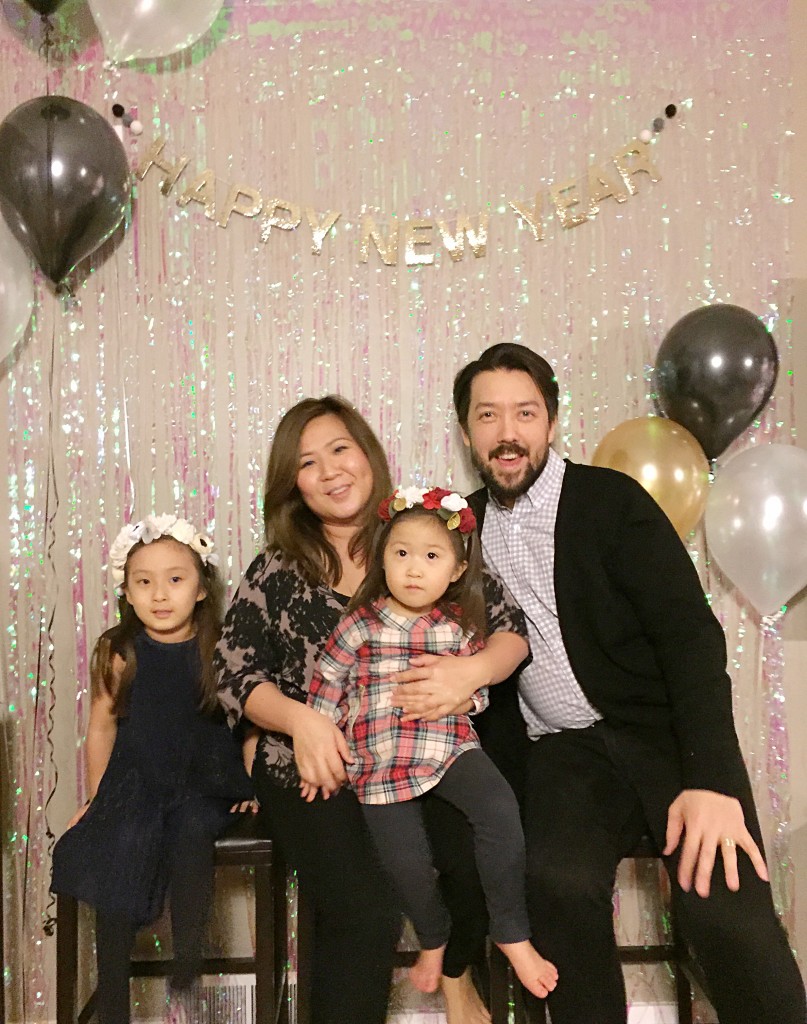 [love this family so much!] 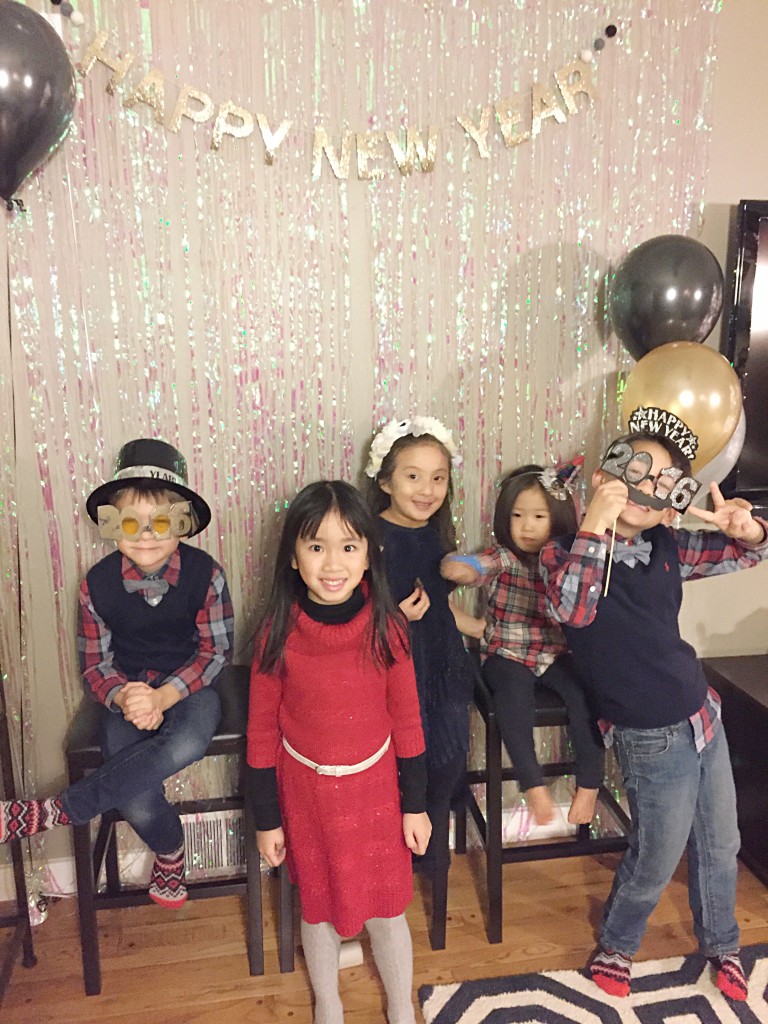 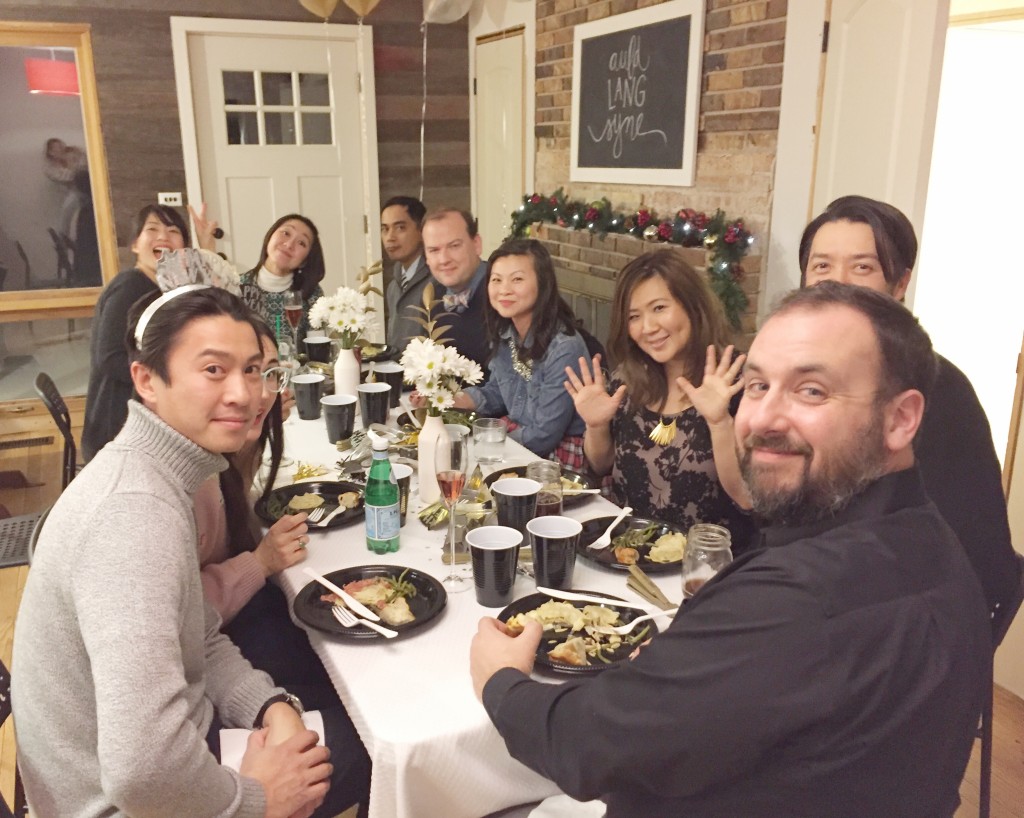 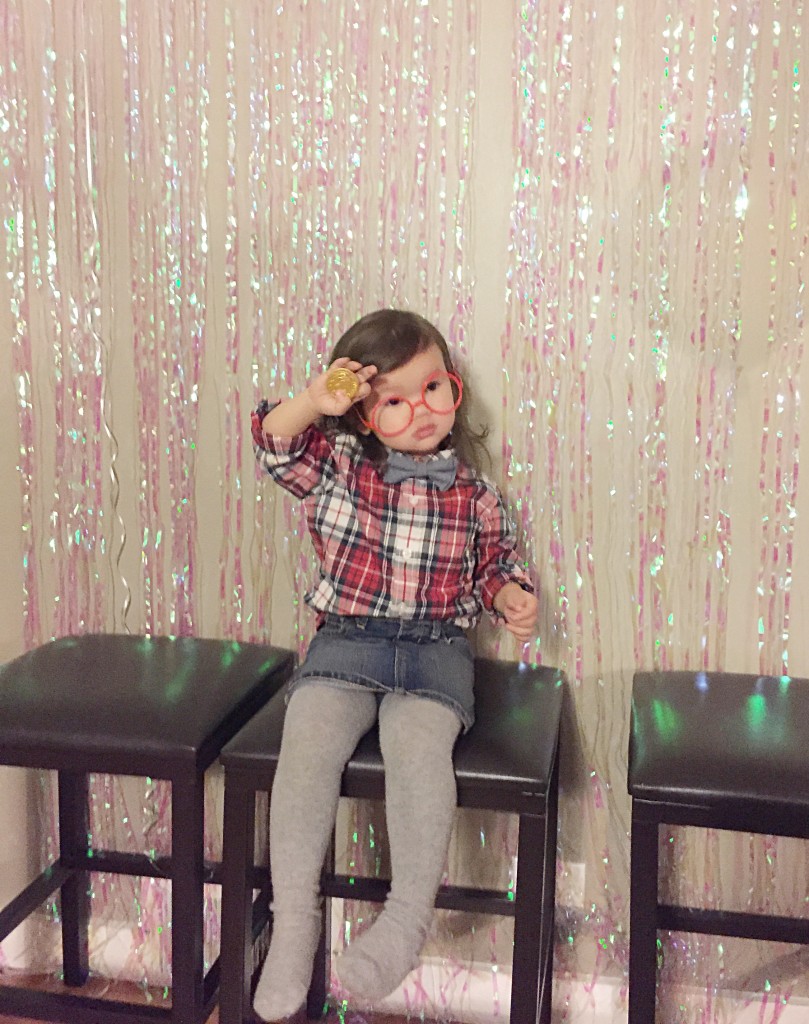 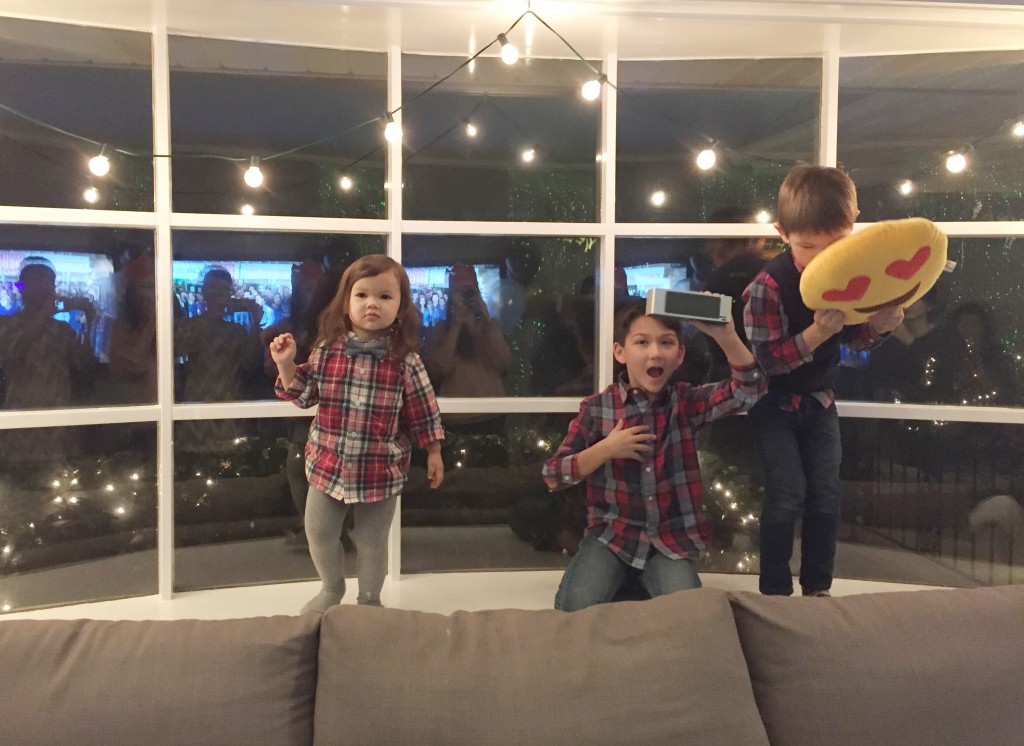 [they discovered our undecorated bay window and it because a stage for them!] 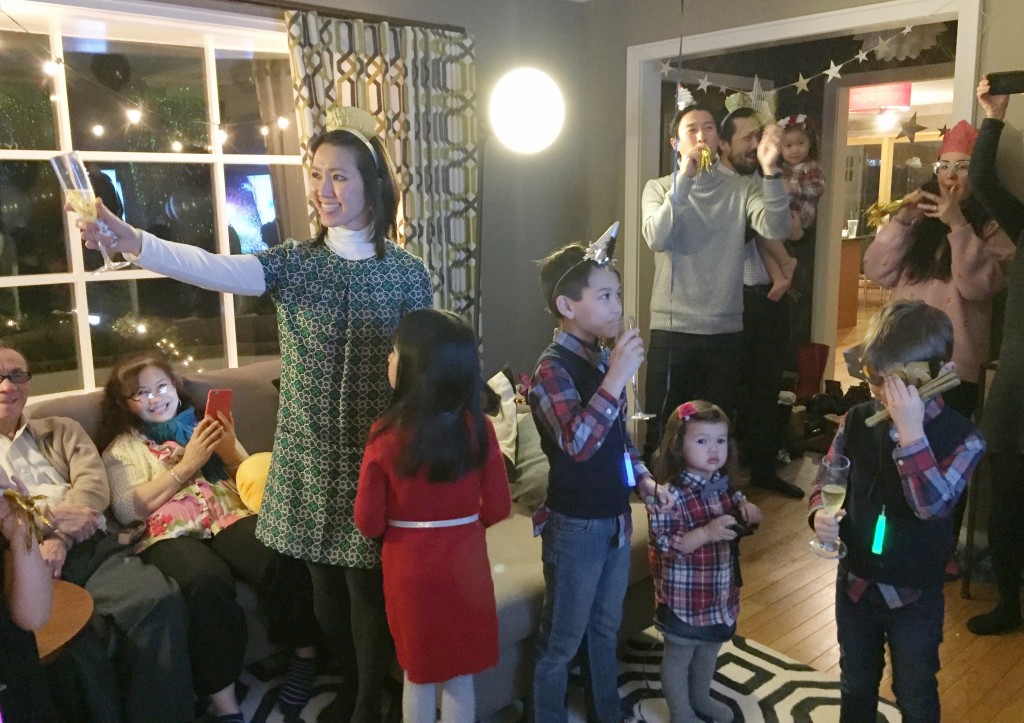 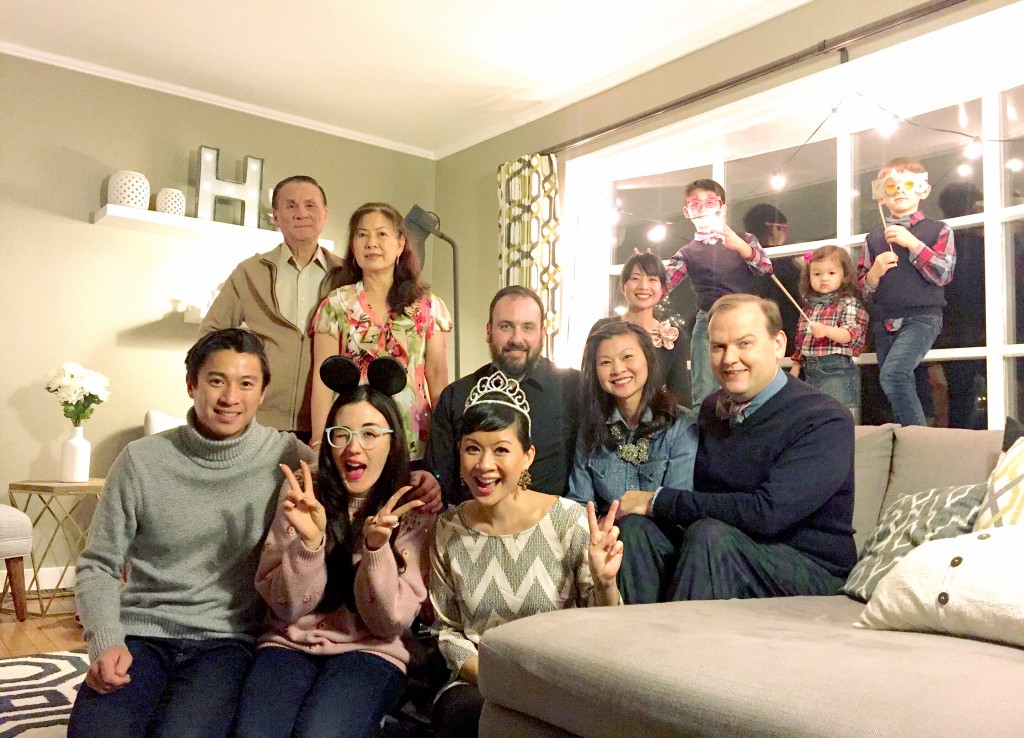 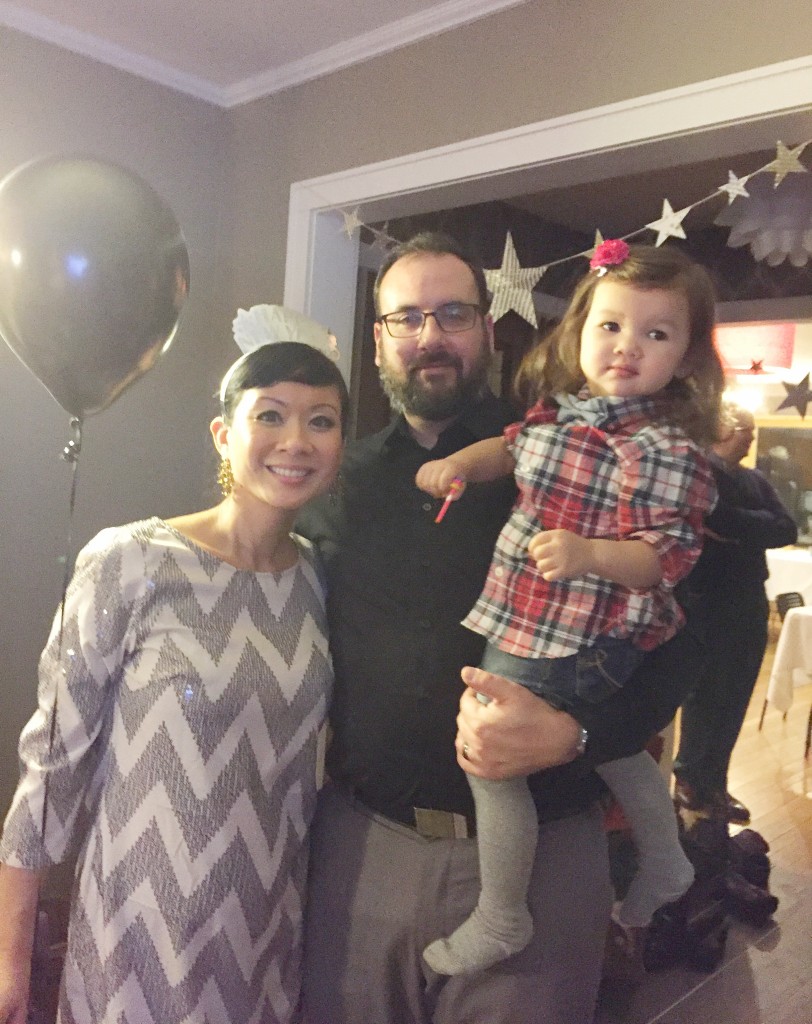 all in all it was awesome! we had great drinks, delicious food, and even better company. it was a very, very good night. i loved seeing old friends, good friends, and clinking our glasses of fizzies with such lovely people at midnight. auld lang syne!