we were so excited to have received this fabulous swing set! it is made out of cedar and has all the components we wanted in a play set. a swing, a slide, a ‘picnic’ table, a sand lot, a ‘fort’, and it scored bonus points with us for it’s aesthetically pleasing color combo. i am very into color, balance, simplicity, and clean lines. this applies to pretty much everything in my life. whether it’s clothes, house decor, or playground sets! haha!

hc would show me set after set after set and i would promptly have an opinion. my eyes would settle on the picture and i would expeditiously say yes or no. it was driving hc a bit crazy but i was adamant on what kind of play set would permanently live in the yard. if it was going to be a fixture out back and i would have to look at it everyday, i wanted one that would aesthetically pleasing!

so lo and behold, we finally {after much arguing} agreed upon a set that we both loved! it arrived and hc was set on building it by himself. and by george, he did an amazing job putting it all together. it stated that the workload would be 14 hours with two people assembling it. hc did it by himself in nine hours!

when he finally finished, we waited for the perfect moment to show olive! we brought her out to the front yard and opened up the gate to have her walk into the backyard…as she took a few steps into the back, her eyes locked onto the play set! it was priceless! her eyes lit up, a sheepish, sweet smile spread across her face, and she started running! she was so happy and excited. i melted. my heart just melted watching her elated reaction. it was such a great moment!

she immediately wanted to go on the swing and there she sat, swinging on the swing set…refusing to get off. it was pretty awesome. olive’s summer was just made. 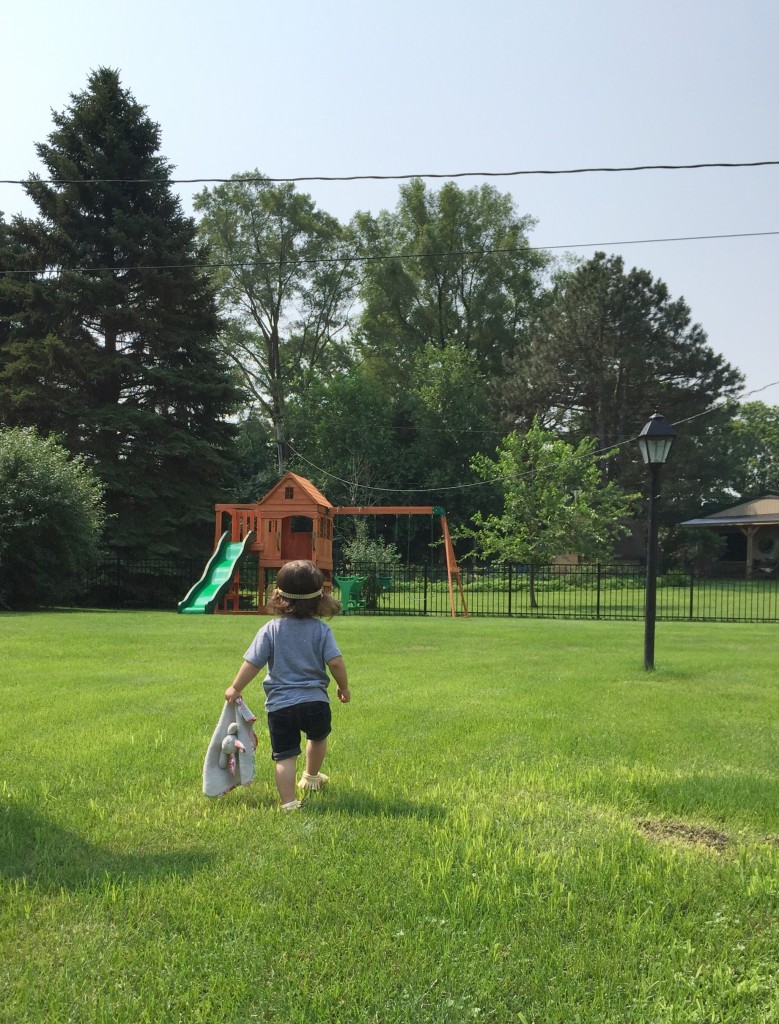 [she gasped when she laid eyes on it!] 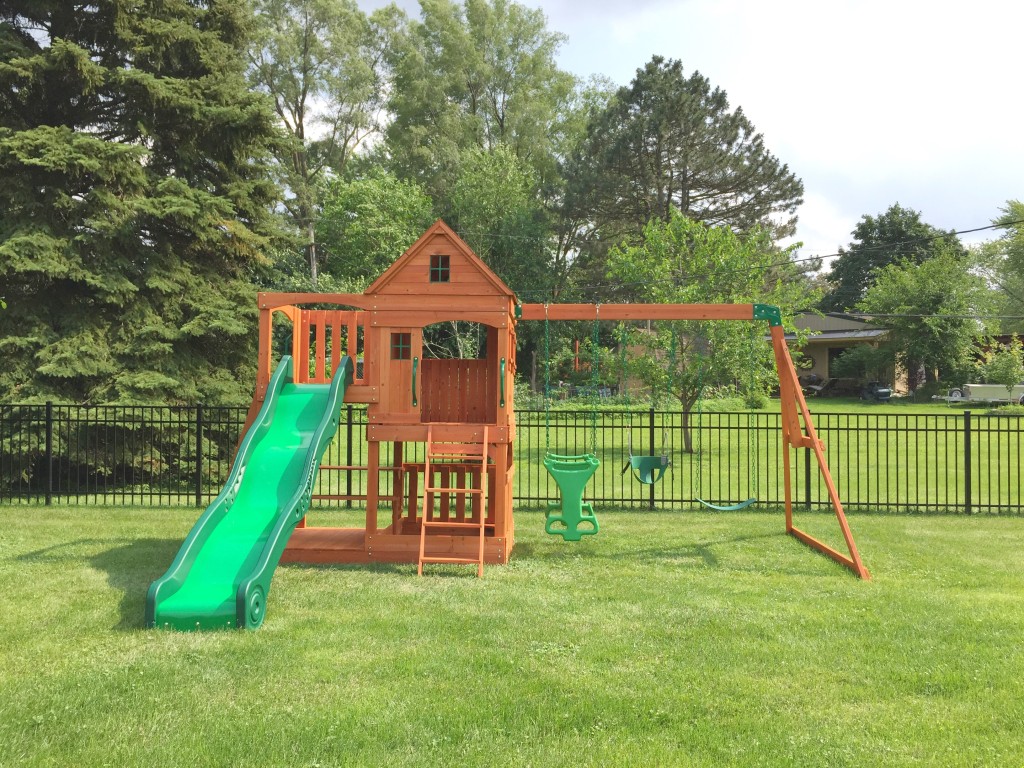 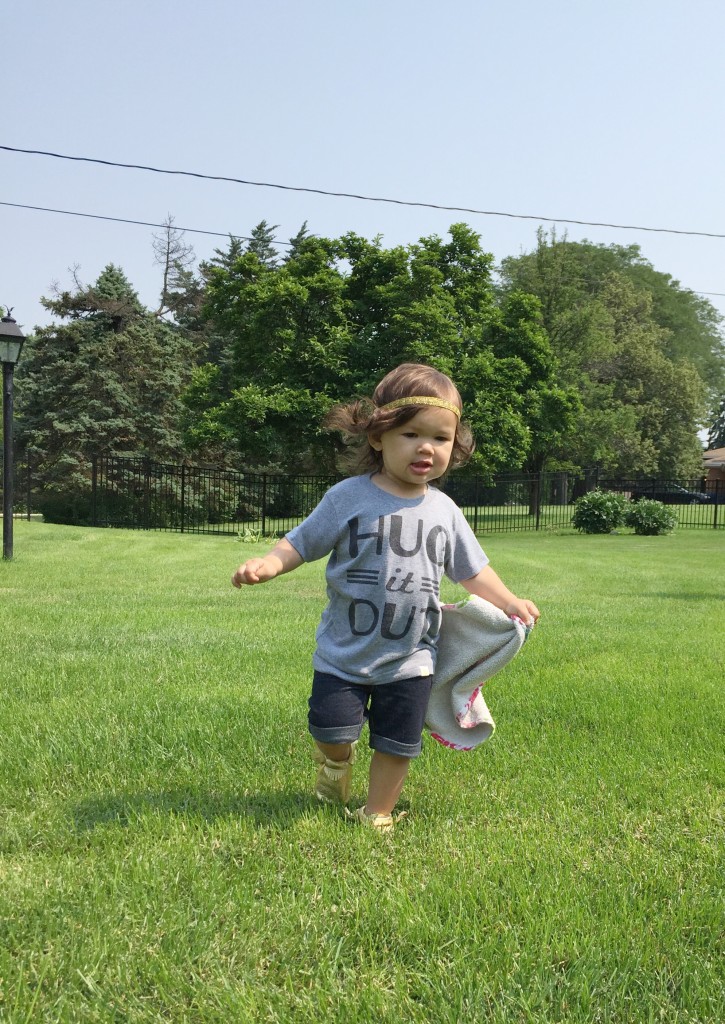 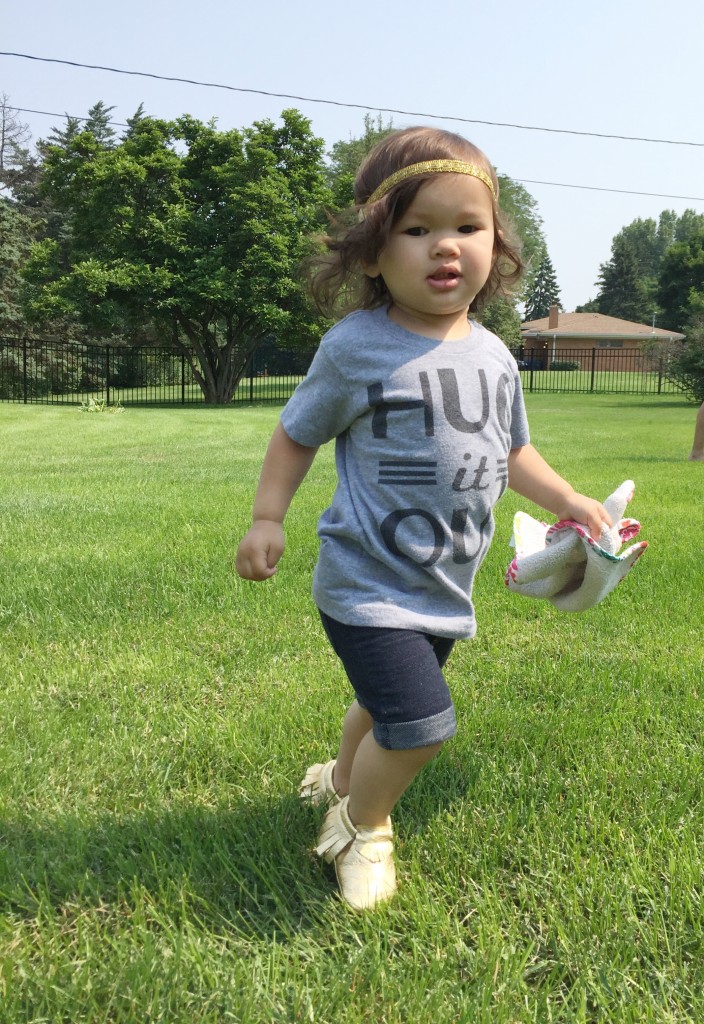 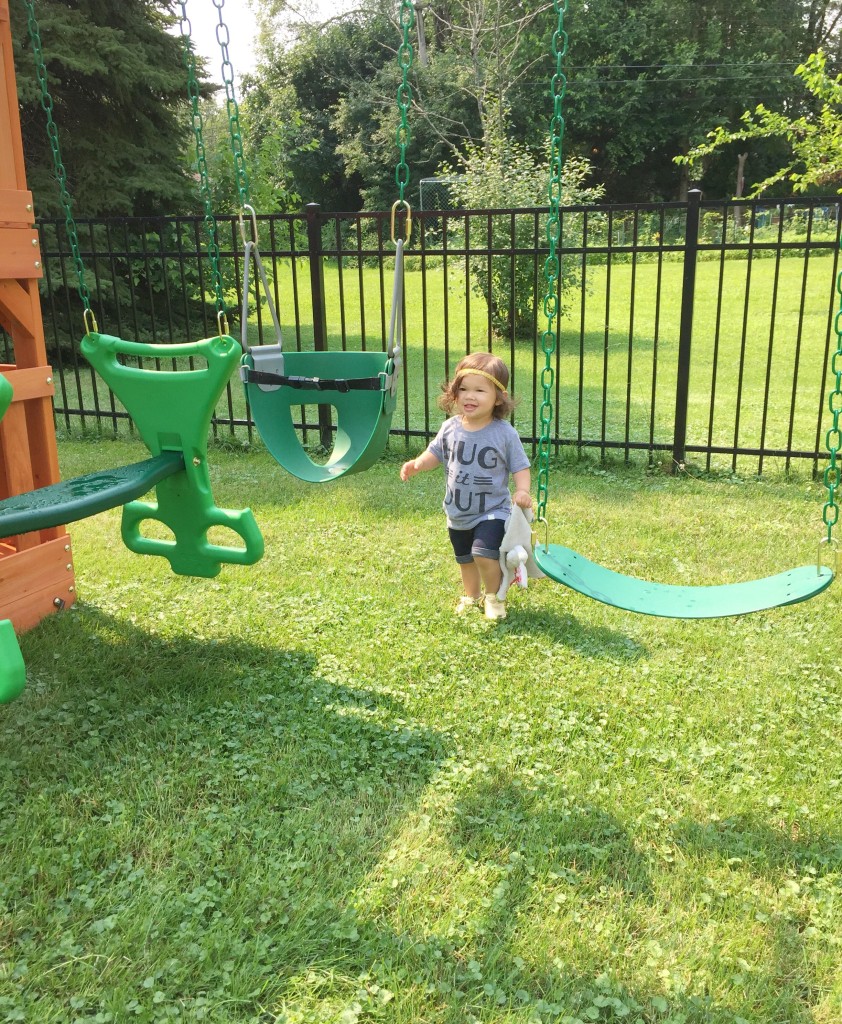 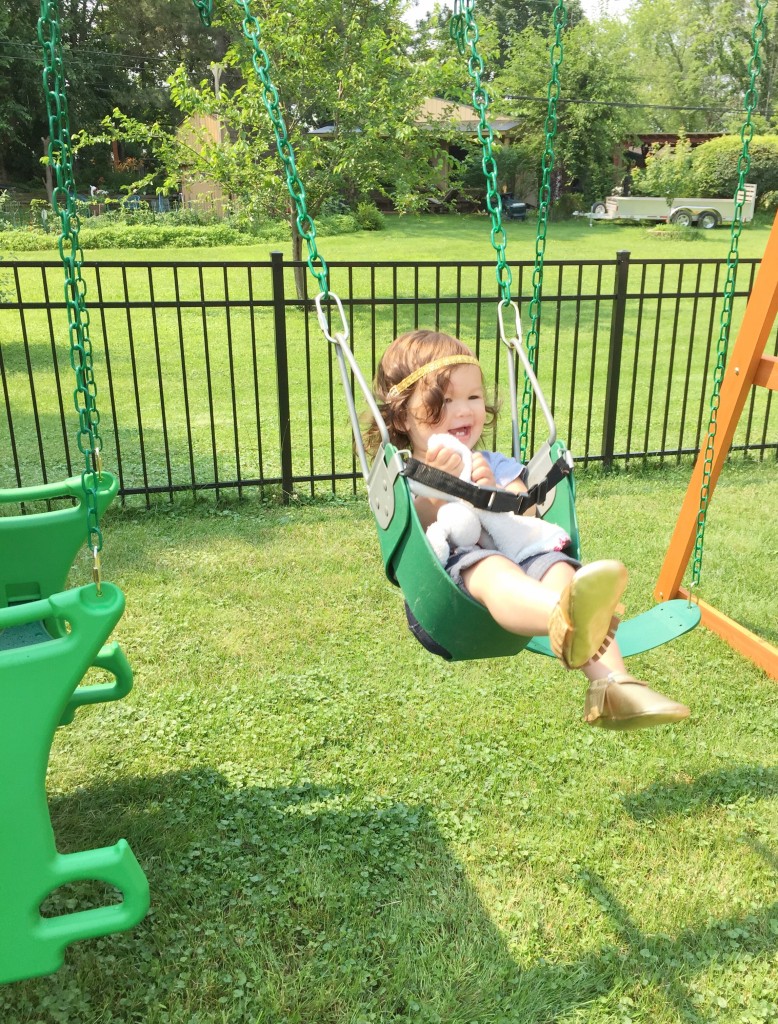 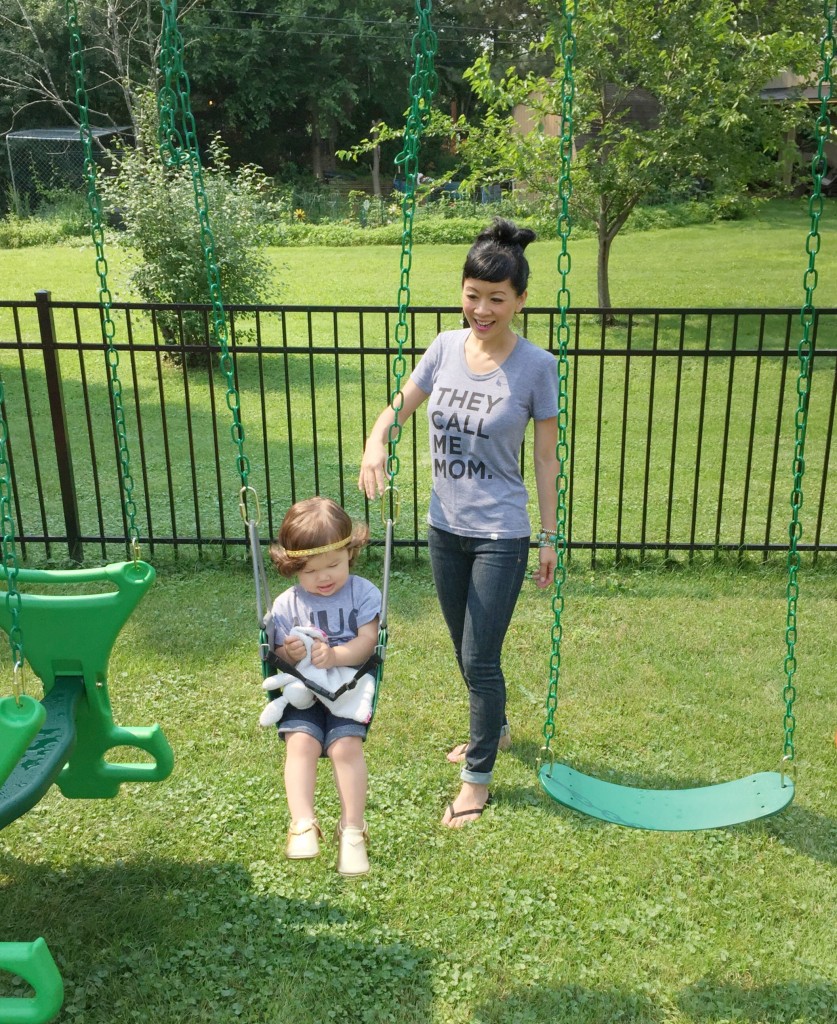 [both our tees are from lemonteeshop] 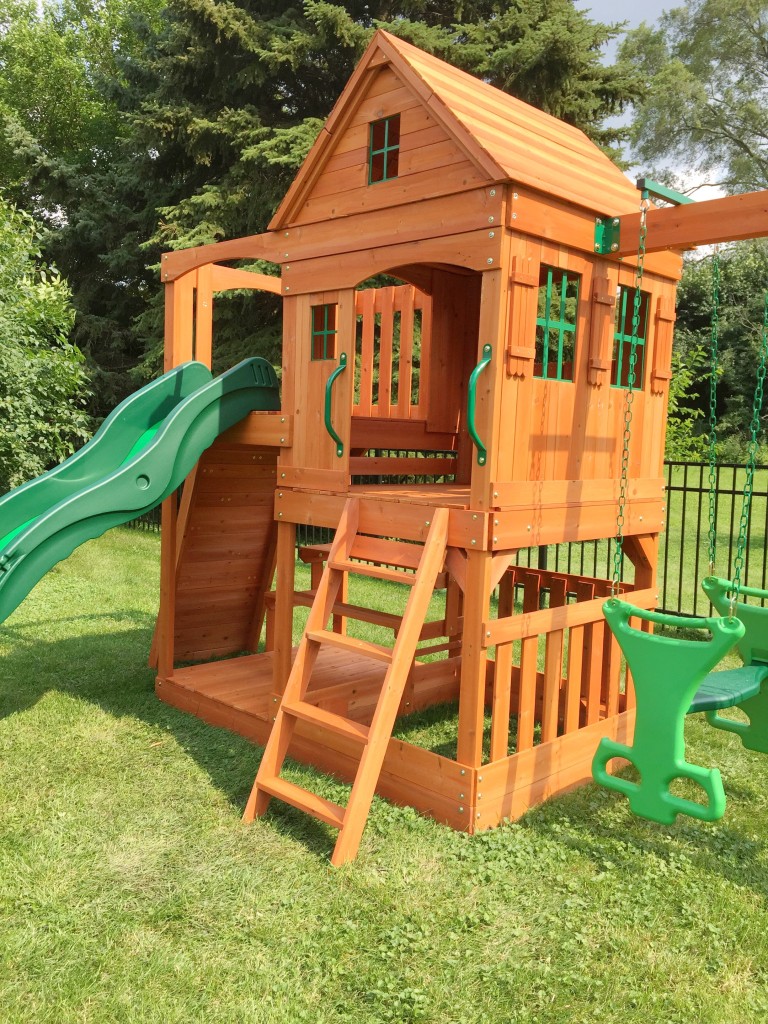 we are so grateful to dick and jane for their continued support of olive’s happiness, future, and care. many kisses and hugs to two very caring, gracious, awesome people.