oh my, the first real snow of the season! it has snowed here or there {it’s actually snowed a lot of days the past few months but a very light dusting every time} but it has never really stuck around. it started early morning and kept on going throughout the day {tapering off early afternoon}.

i was so excited! i wanted olive to be outside to experience it! last year she was just a newborn {and the polar vortex was awful}, so i kept her far, far away from it all. it was just so darn cold.

well, it was pretty cold outside on this snowy day but i had to get her out! it was so beautiful out. we dressed her in layers and gleefully went outside to watch her first experience in the snow. hc put her down and she started walking around and around, staring down at the snow with the cutest smile on her face. it was so presh. so, around and around she went, occasionally looking up at us with a smirk and continuing to walk all around the driveway. we were just waiting for that moment she would lose her balance! she did quite well! she currently walks like she’s always drunk {she stumbles a lot and always falls walking on the most even of floors} and she was a champion trudging through the snow and the bumpy ground.

i didn’t put her gloves on because i wanted to see if she would touch the snow and her reaction {i know, i know…it was cold but she was literally out there for less than 5 minutes}. well, she did eventually kerplunk into the snow and she was so bewildered at the coldness! she immediately scrunched her face and was not happy. we swept her up, ran inside our toasty warm house to brush her off and she transformed back into her happy self. 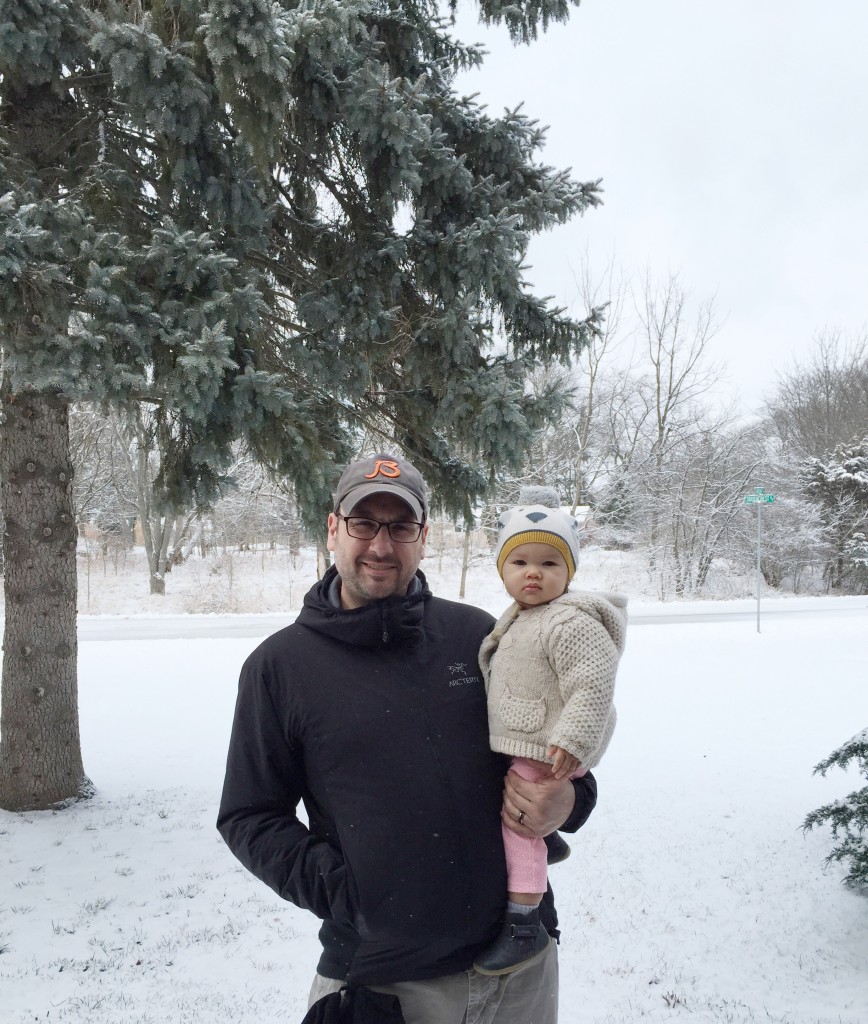 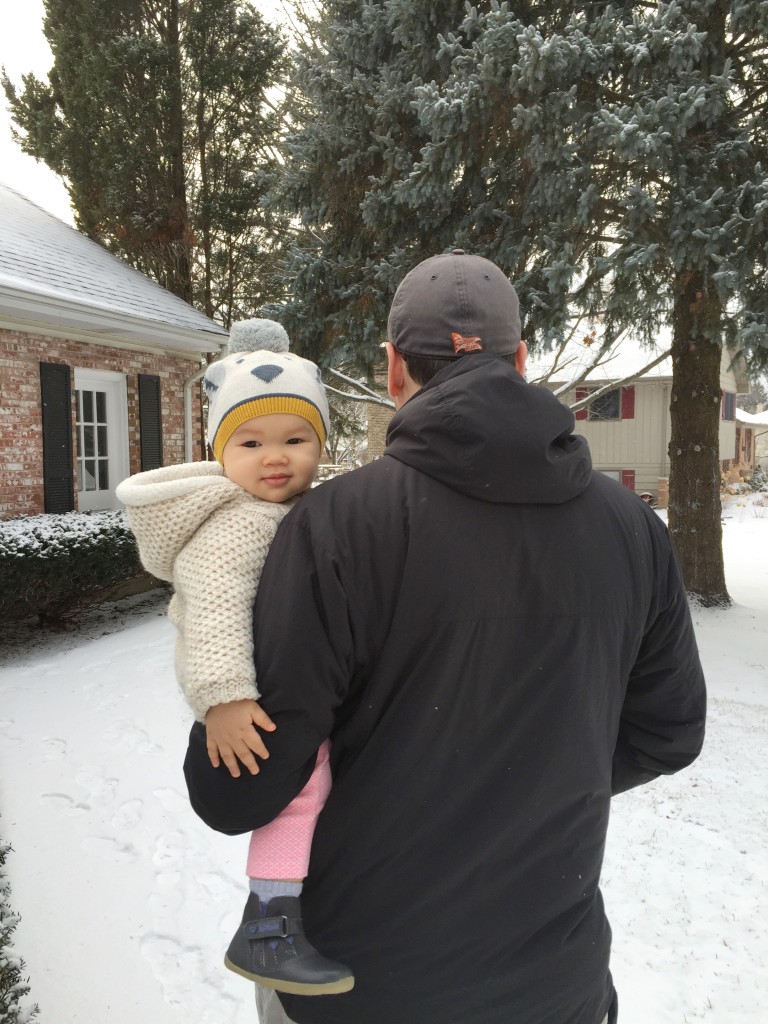 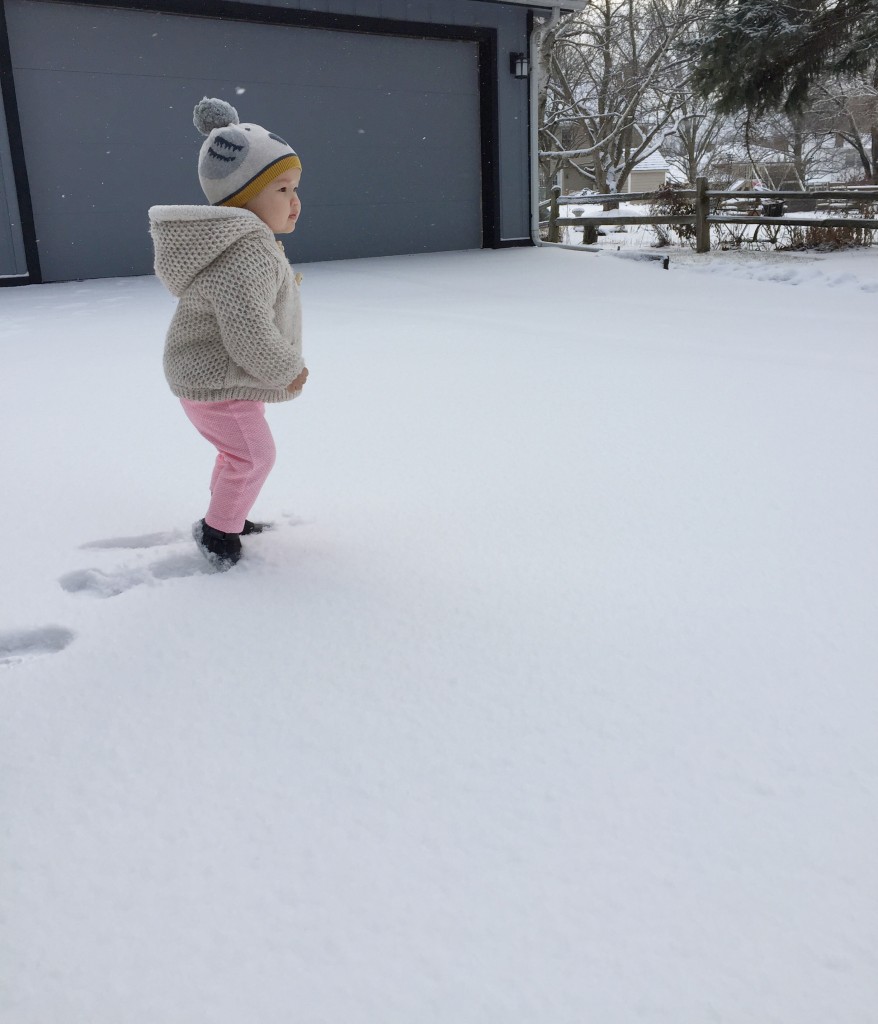 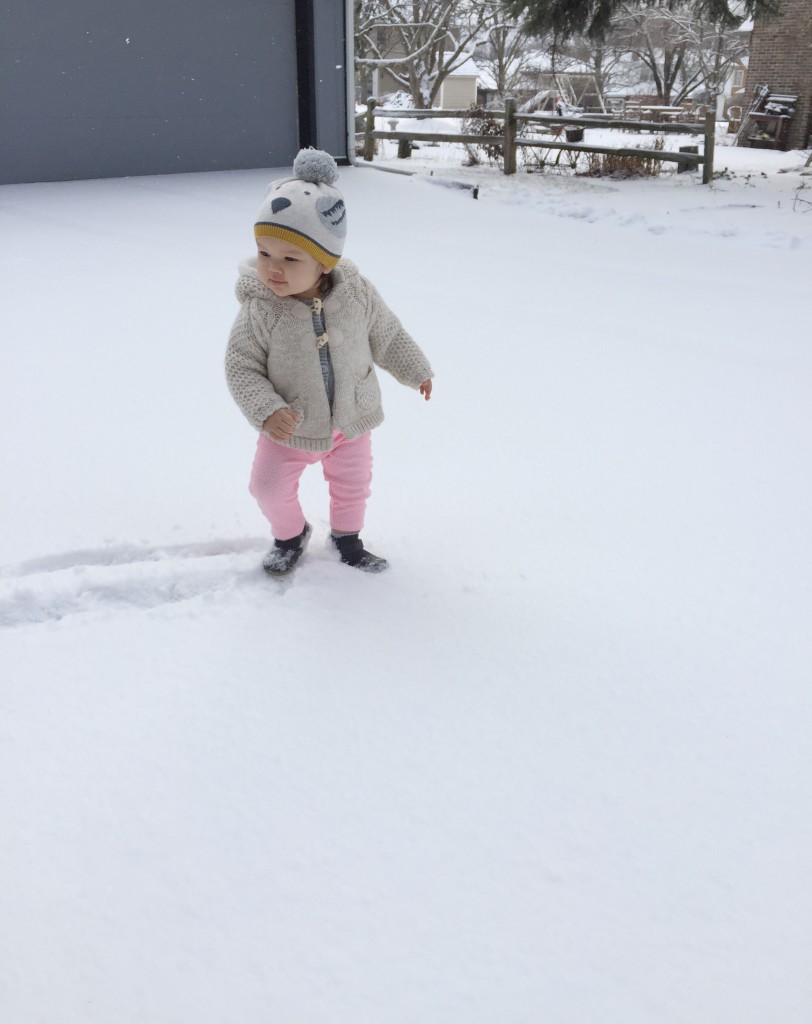 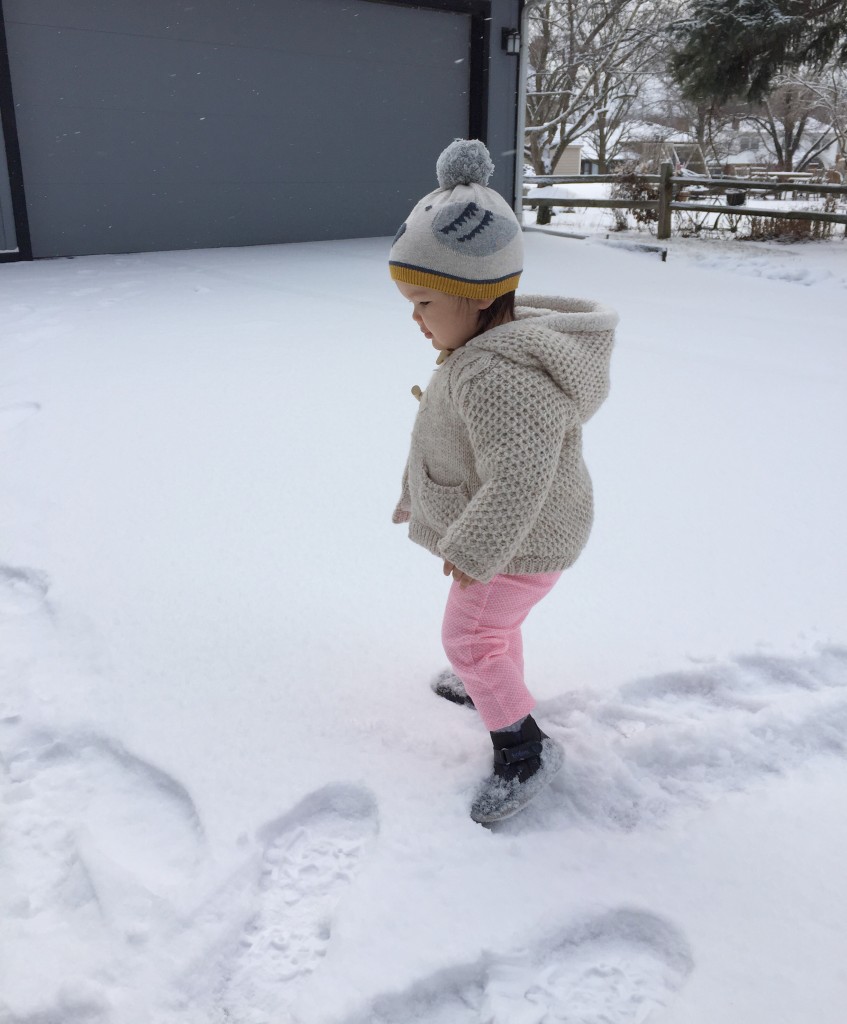 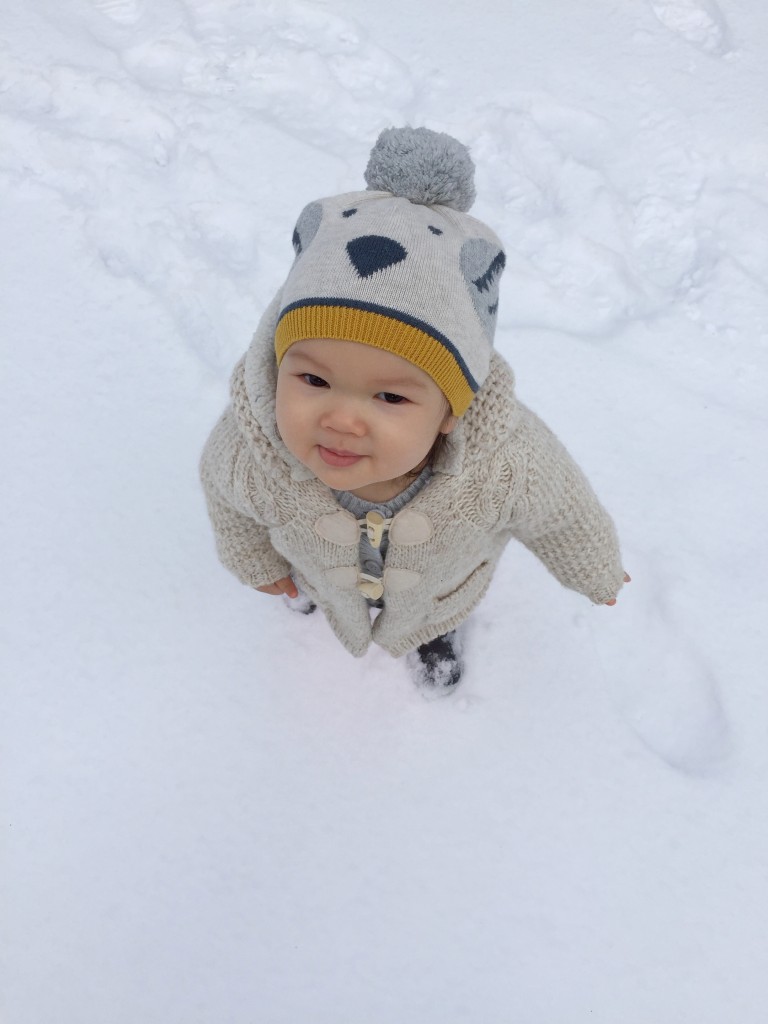 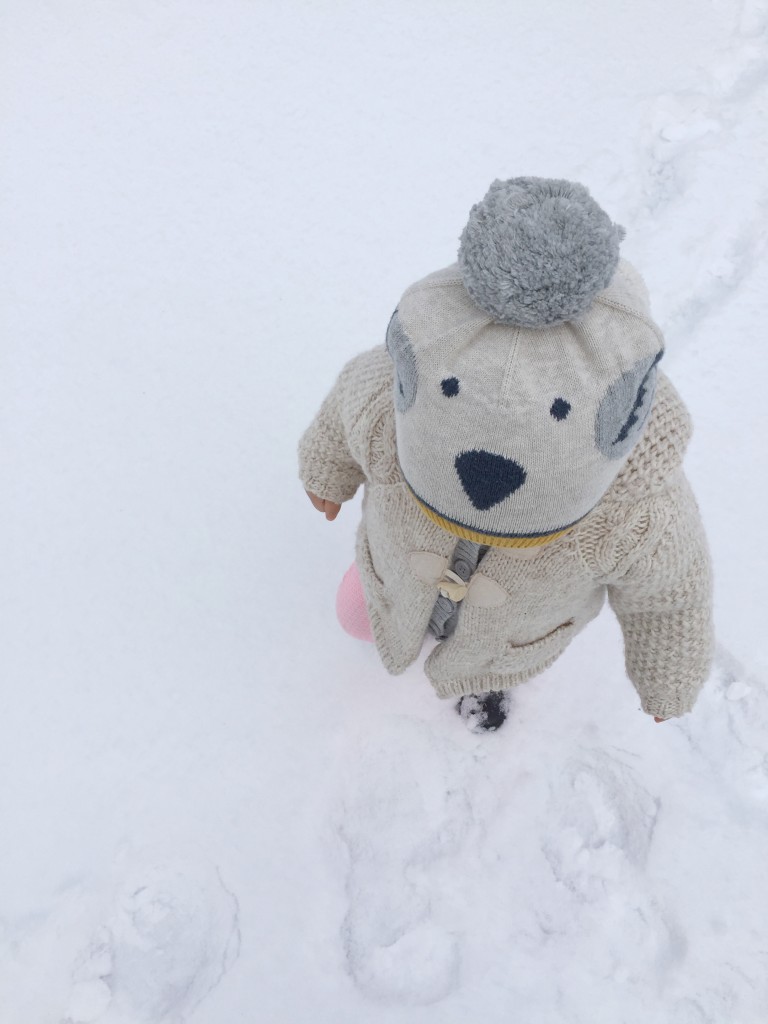 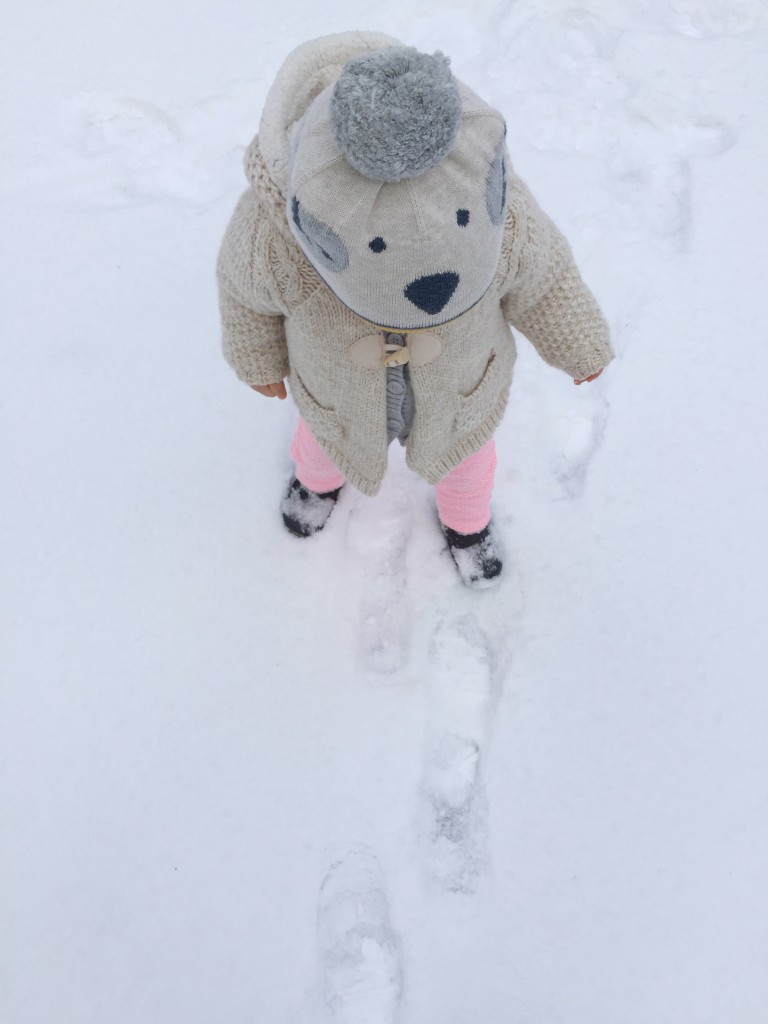 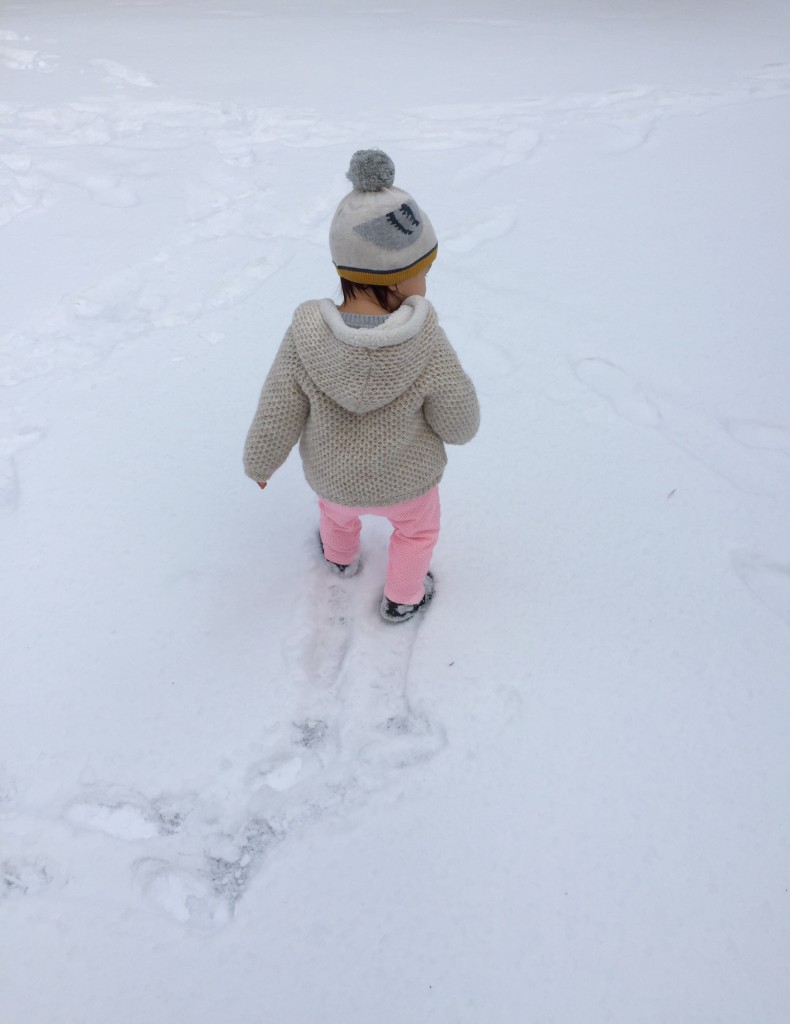 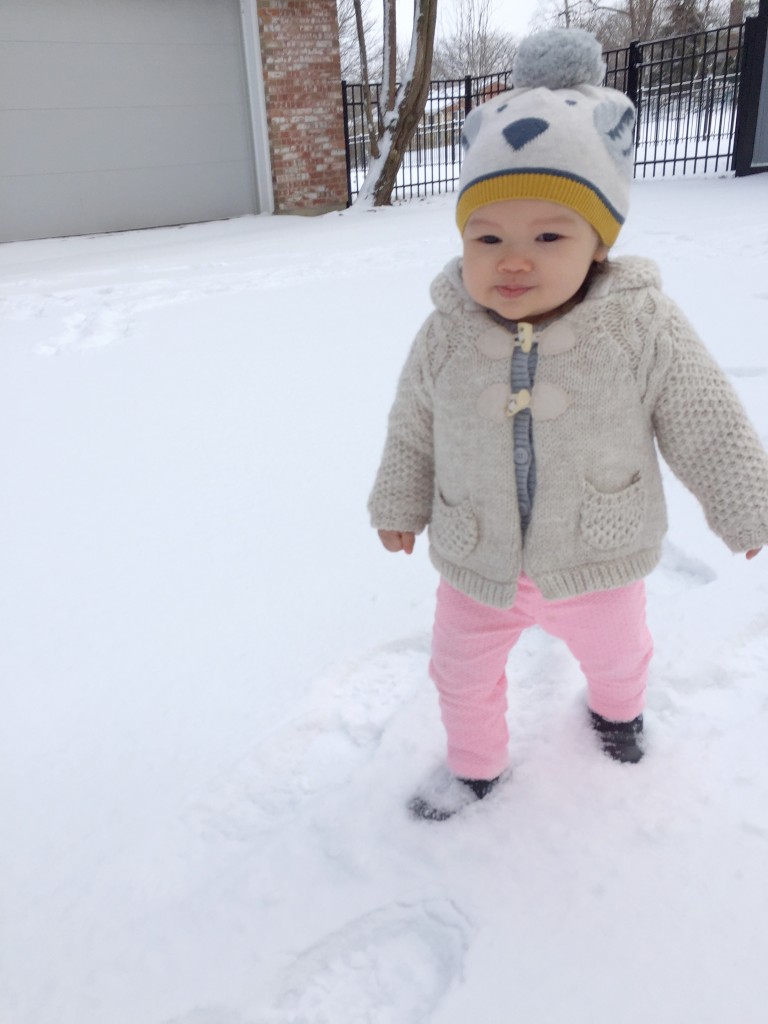 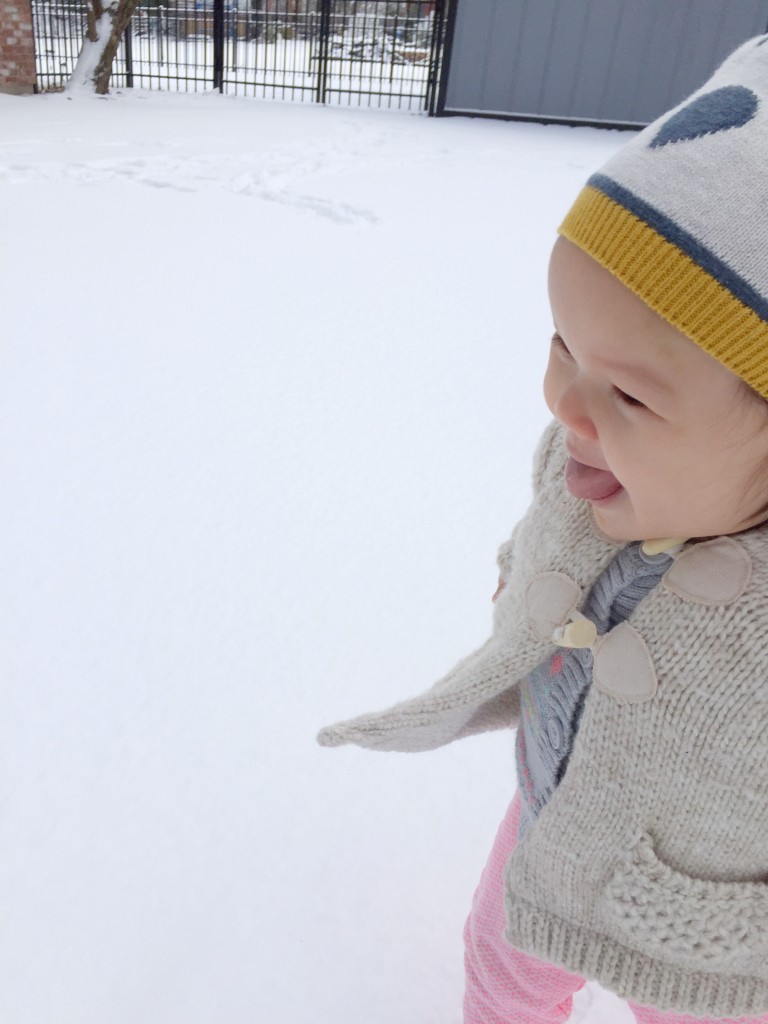 [catching snowflakes on the tongue] 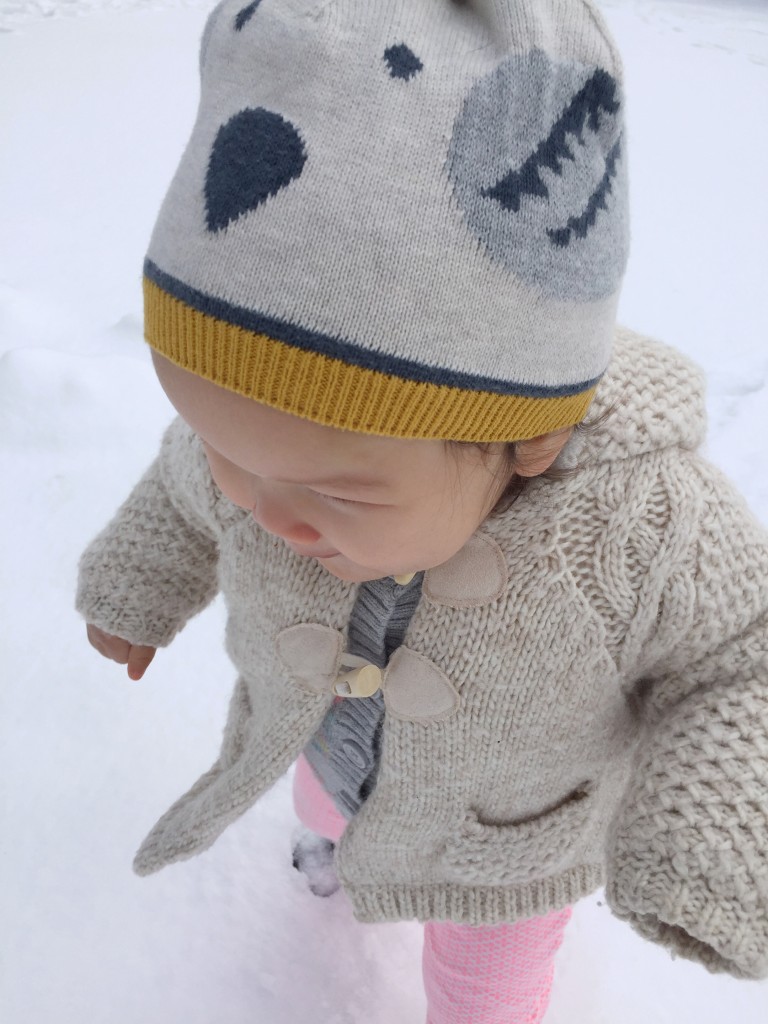 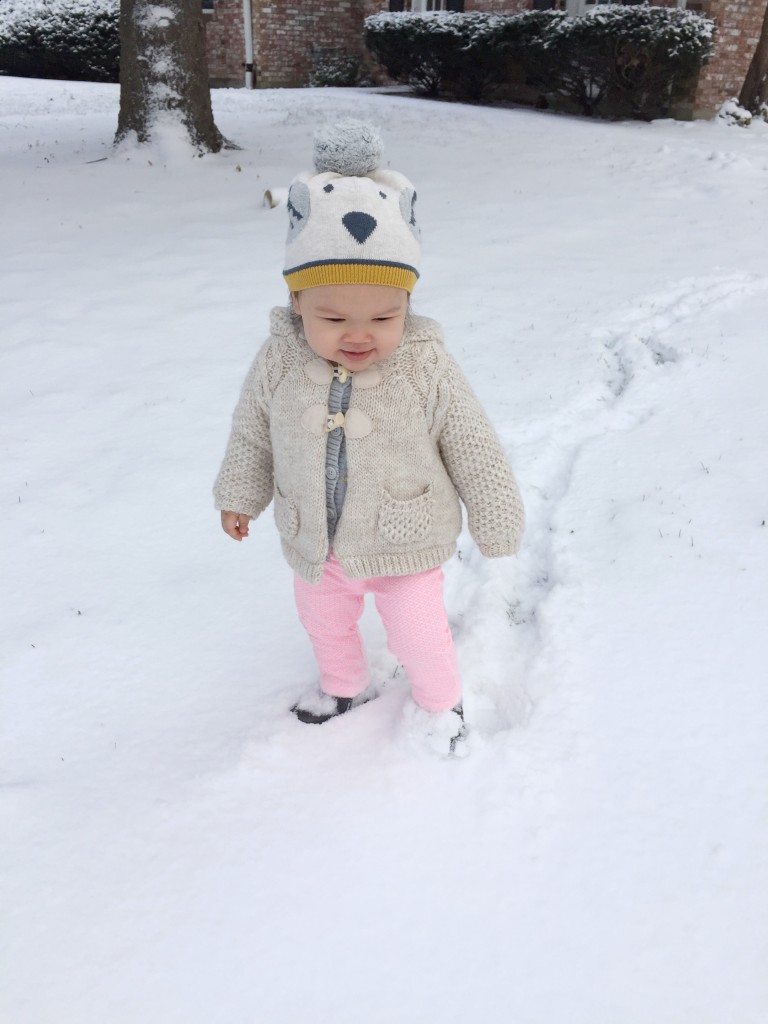 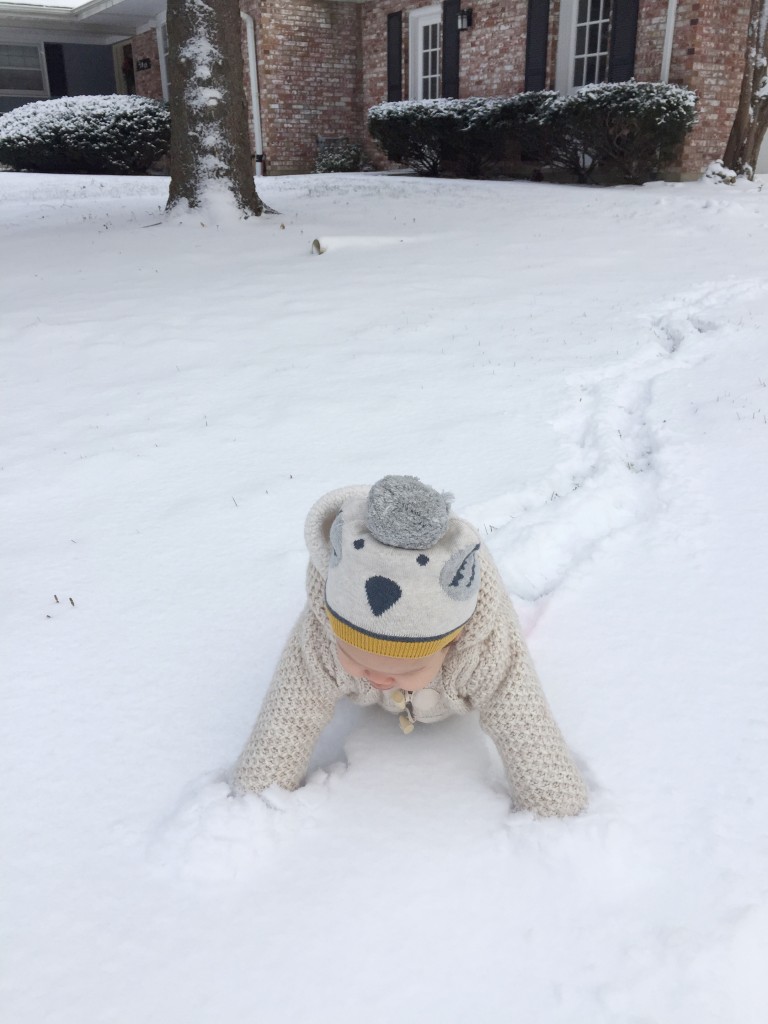 it was pretty awesome to have her experience her first snowfall {literally}. yay to olive’s firsts. happy snow day.