here we are at beer hoptacular in chicago. we were quite excited to attend! we had purchased tickets along with my sisters, brother in law, hc, and miss dana. we also had other friends joining us there as well.

it was a cooler, rainy day. we {me, hc, and dana} grabbed a taxi and headed on our way to the event. we shuffled along with everyone else in line, stoked to get inside the big black tent to start our beer tasting adventure. when you get there, they give these cute little shot glasses to use. inside was a mecca of beer vendors ready to pour copious amounts of samples for you! it was beer heaven! we skipped from one beer vendor to the next, sampling all sorts of yummy beverages.

it was cute and fun because they also handed out little mustaches to the patrons to wear. uh, hells yes i put a mustache on! i rocked that thing like a champ. it also had free a photo booth that we totally took advantage of! on top of that, they were also giving out chip and stuff…score! tasty snacks to munch on!

after a couple hours of us beer tasting, we were dunzo. we grabbed a cab back to our place and hc and dana passed. out. on the couch. it was too cute. they were both out cold on the couch while, of course, i was a busy bee…cleaning, crafting, and doing random things i needed to get done, waiting for them to get up. it’s so me…i can never sit still or lie down for a nap, even if we were drinking for a few hours. call me cray! 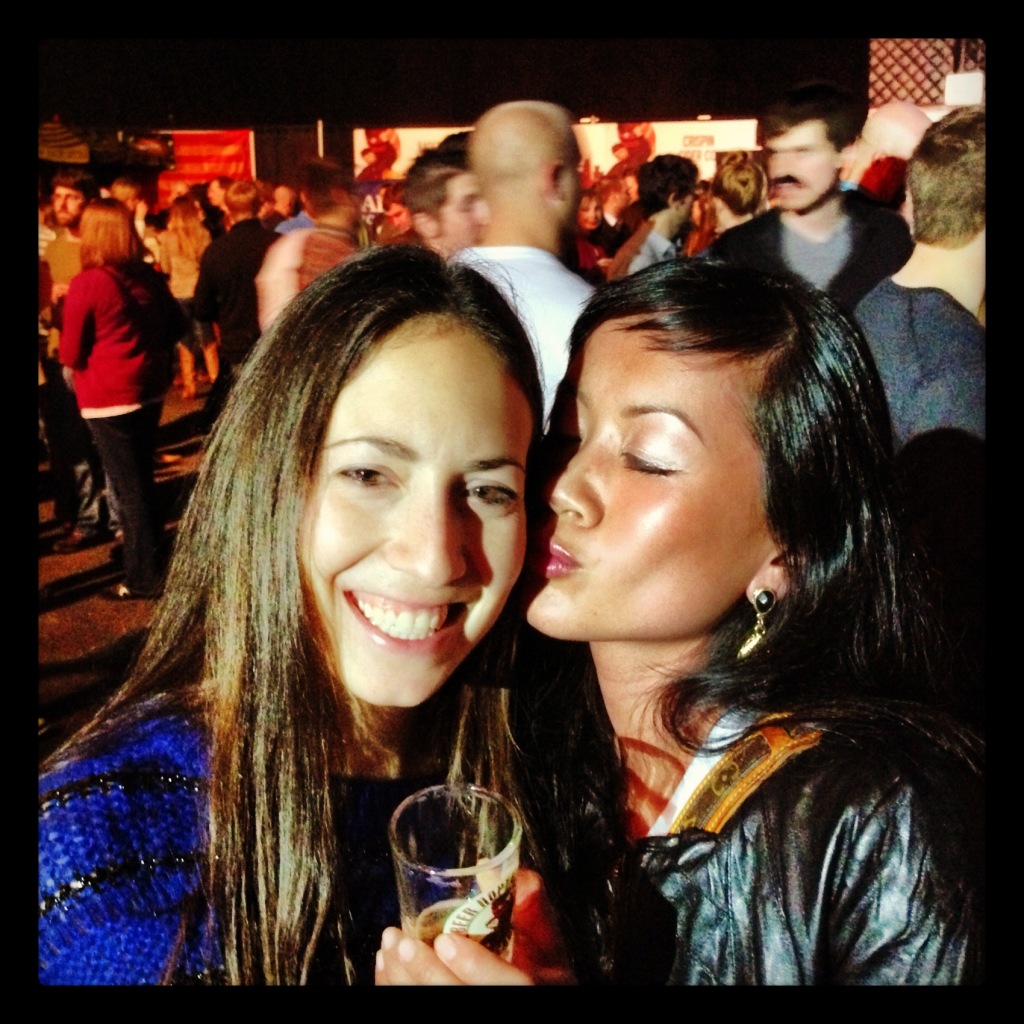 it was a spectacular time, attending beer hoptacular. it is definitely a fun event everyone should at least try once, or twice, or three times 😉