It was that time of year again!  celebrating thuy’s birthday.  always on a cold, january day.  it typically snows, has snow on the ground or is really cold out {just like mine, being in december!}.  this year, it was a little blizzard of snow.

the snow kept on falling throughout the day.  a very pretty sight but not so pretty driving conditions.  hc and i spent the morning looking at house(s) for sale {that’s a whole other story}, after that, we pit stopped at starbucks for some tasty treats. 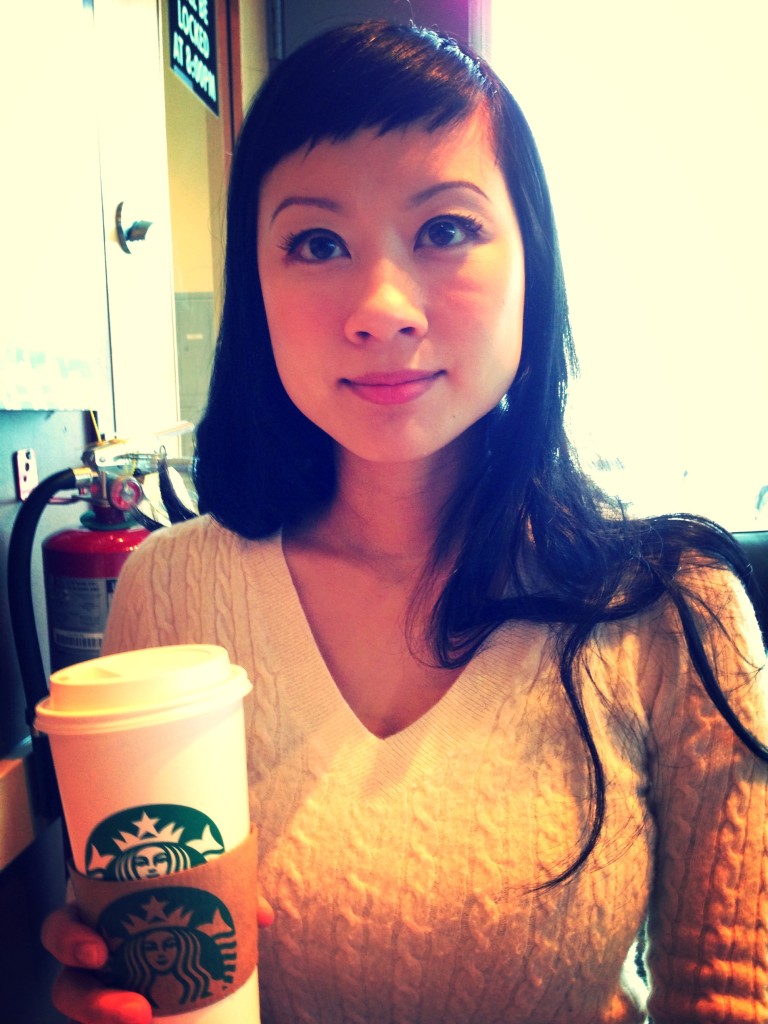 after house hunting and reenergizing at starbucks, we spent the afternoon at my parent’s house.  as the day wore on, the snow kept falling and we decided to leave a bit early from the p’s to give us time to travel and do a bunch of errands at home before thuy’s soiree that evening.

oy…traffic was bad!  we finally arrived home and we scurried around getting stuff done.  i had to wrap thuy’s gift, do baby stuff, figure out what to wear {such a daunting event every time since i’ve had this beautiful baby, the game of what fits…what doesn’t fit – sad}, get ready, etc.  ugh, time was flying by!  hc was preoccupied with ‘house’ stuff, so this was causing us to run behind!  yuck.  i hate being late {although, it’s always the case personally!  i’m not extremely late all the time but i never truly feel stressed about being on time…if i am, i am…if i’m not…c’est la vie, non?  but that doesn’t mean i still don’t like it!}  😛

so, there we were, running late to our dinner commitments!  we tried to nab a cab but that wasn’t going to happen!  we jumped into our car and finally sped off to the restaurant, henri.  hc dropped me off while he parked the car.  i traipsed on in and joined the celebration going on inside for miss thuy! 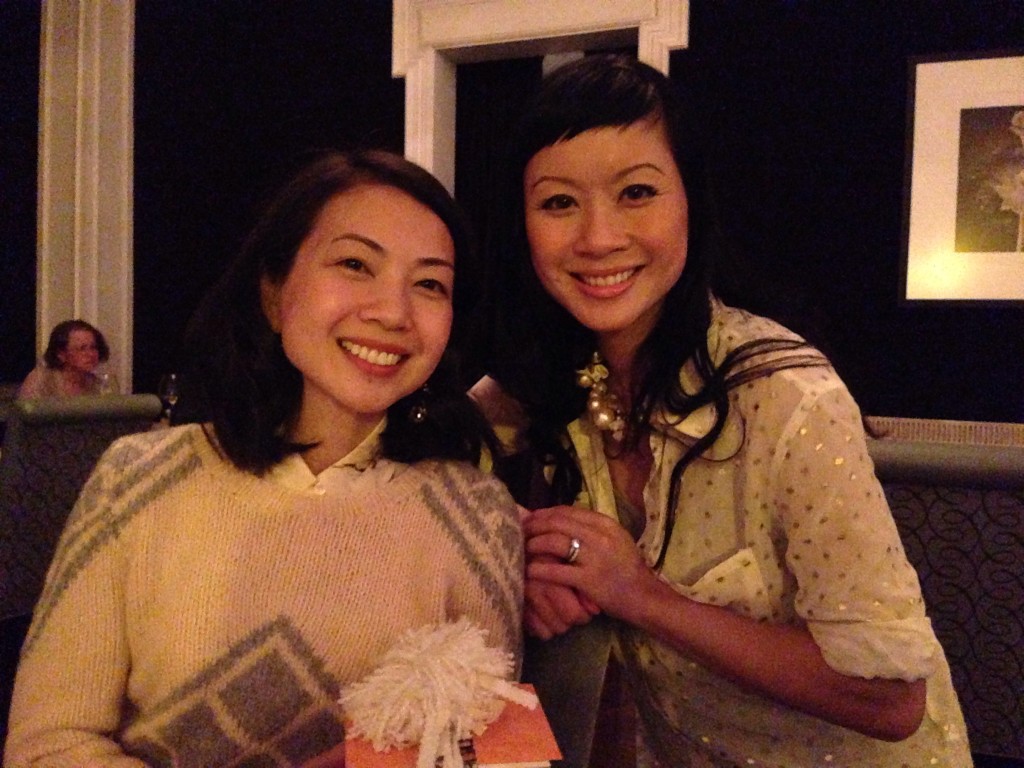 they had ordered oysters as an app.  so yummy good.  you can down a half dozen if you didn’t force limit yourself or just be plain piggish in everyone else’s eyes! 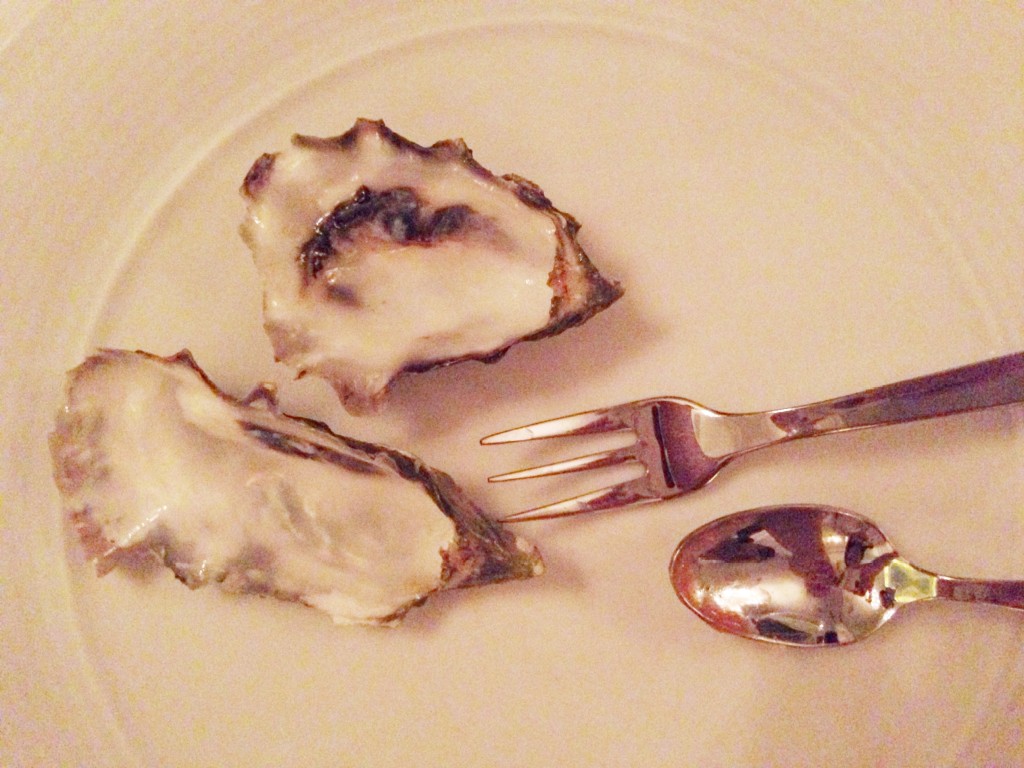 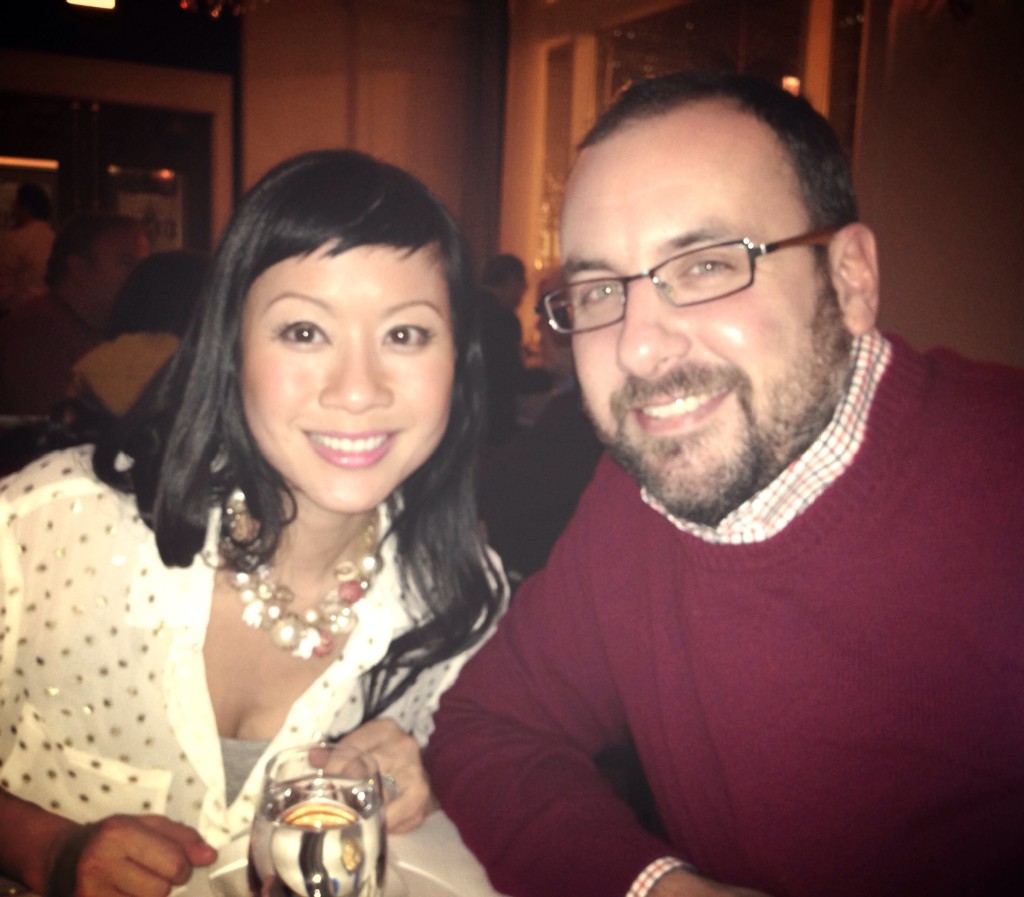 during desserts, thuy opened up her gifts! 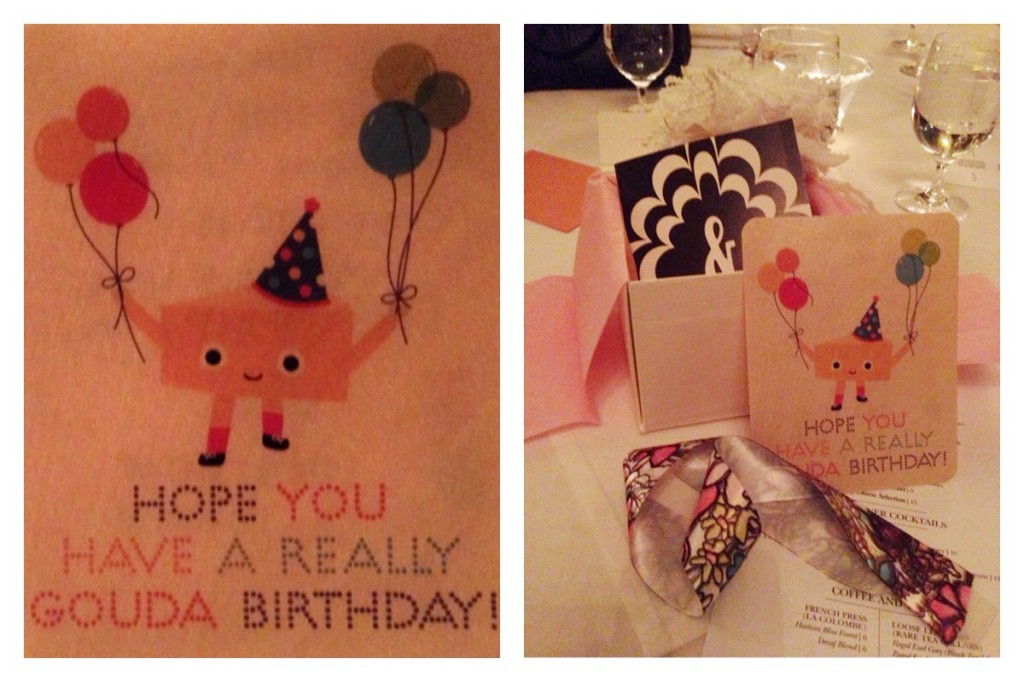 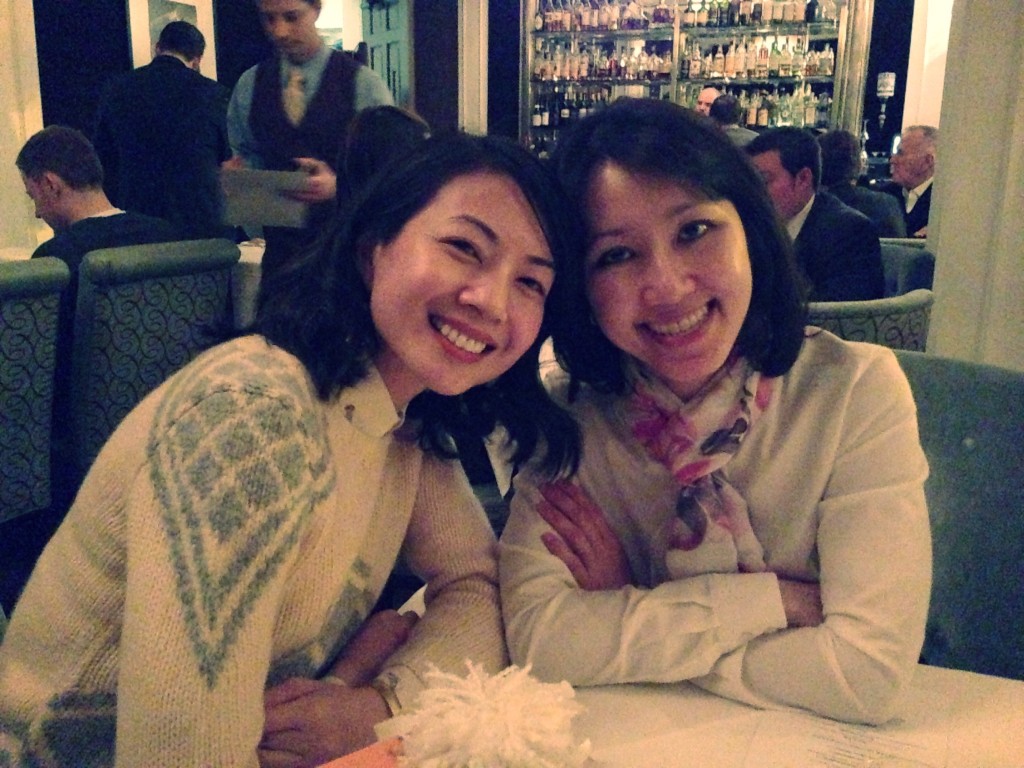 [thuy and lan, such chic ladies] 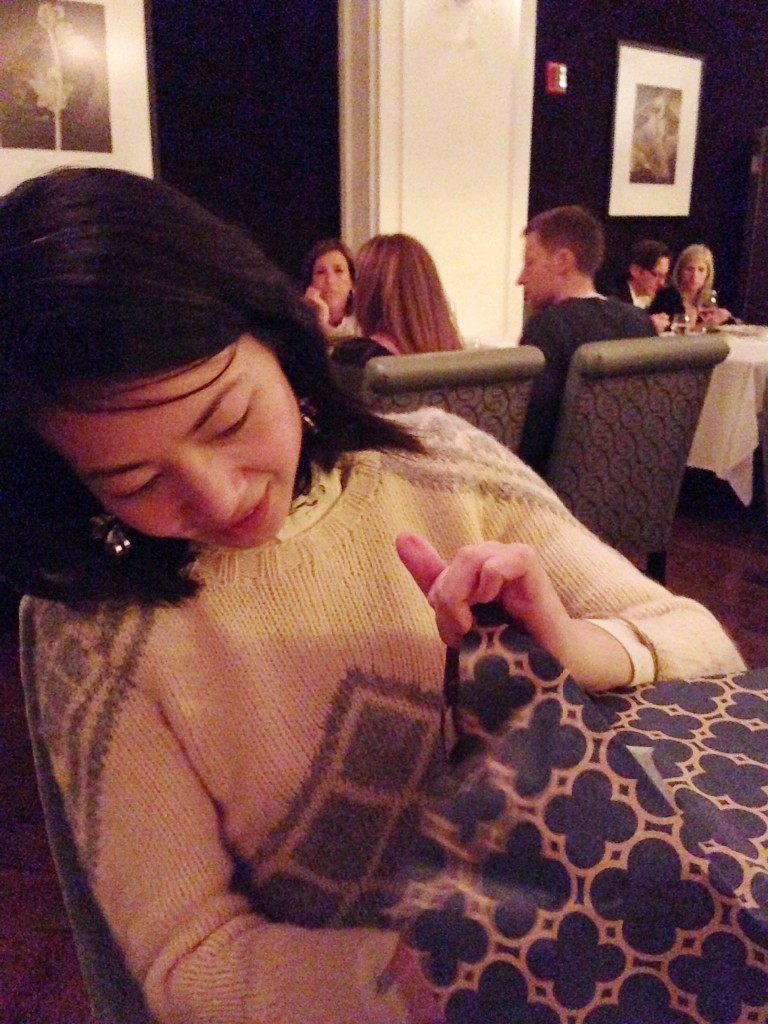 [opening her gift from lan] 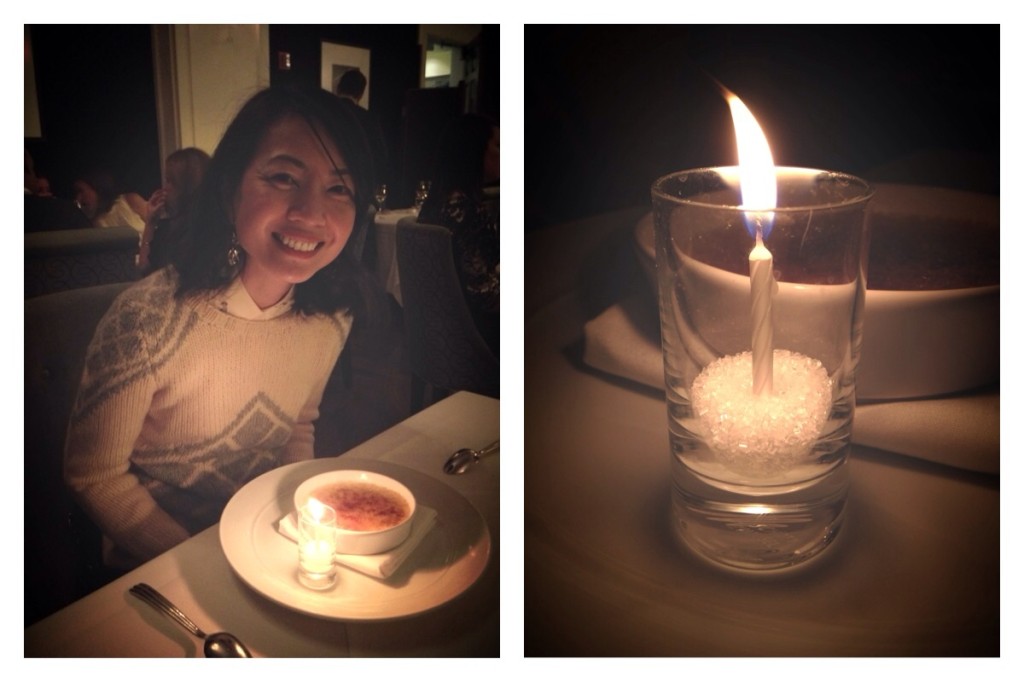 [first round of birthday wishes at henri]

after dinner and before desserts, the boys decided to go to the gage for drinks.  that was their dessert!  so, they left us and headed over to the gage as we were ordering some decadent desserts and cafe at henri. 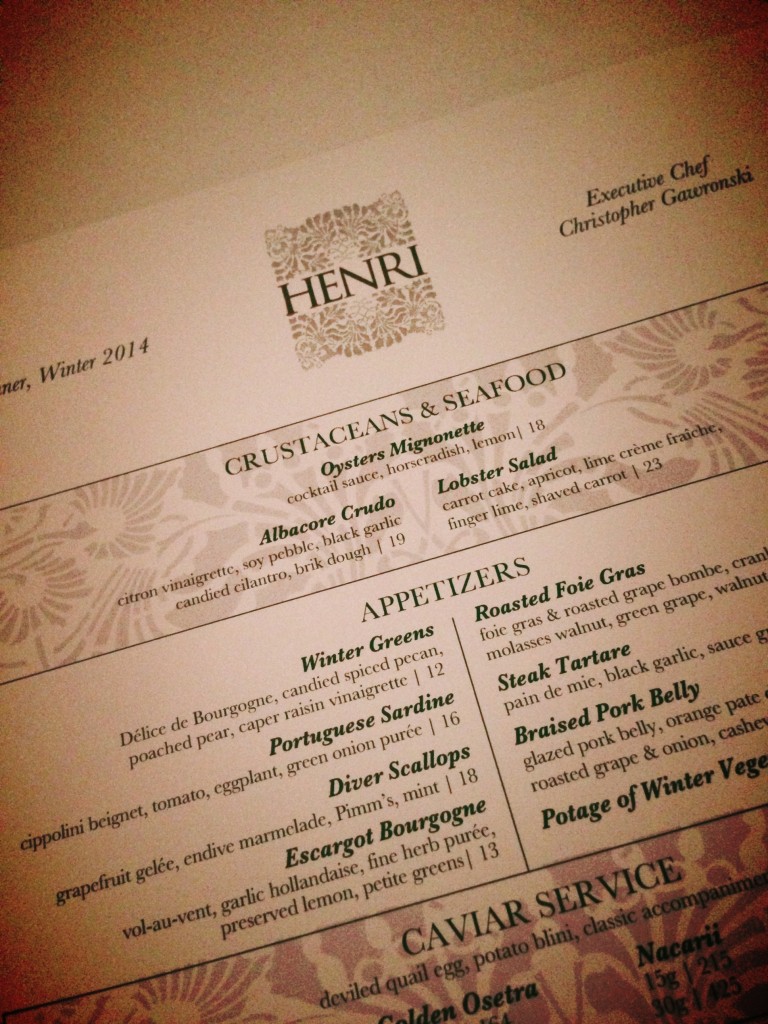 after henri, we headed to the gage to meet up with our husbands.  having dinner doesn’t ever stop these gals from ordering more food!  kim, thuy, and lan then ordered poutine and bone marrow as an extension to this evening’s noshing.  i could only taste…it was all so delicious but my belly couldn’t consume any more morsels of these tasty treats…that is, until the dessert came!  the server brought over another birthday treat for thuy!  a glass filled with sweet, light, chocolate mousse.  it was so good!!! 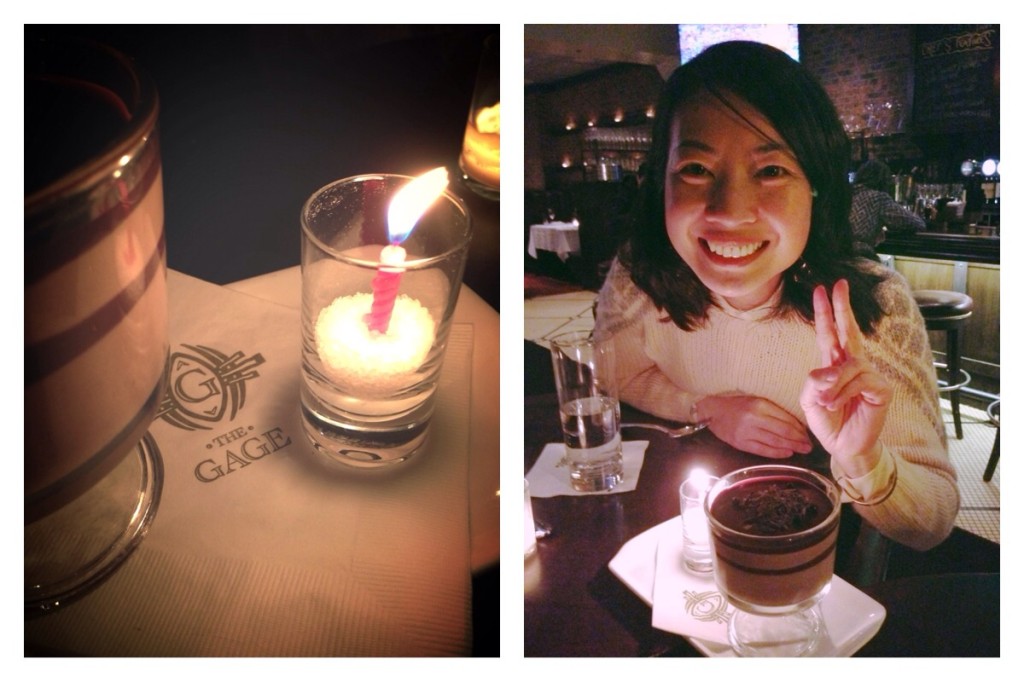 [hb squared.  second round of birthday wishes // at the gage]

it was a fun, snowy evening celebrating thuy!  i hope it was a good one!  happy birthday to my lovely sister!