i really, really do. i grew up loving the cubs. my most favorite team? andre dawson, ryne sandberg, wilkins, mark grace…my love for the cubs intensified then. i was that child that would rush home from school and turn on the cubs games on wgn and actually watch all nine innings. yesssssssss.

anyhoo, prior to the game, we had abraham’s bris {you can read that in the previous post}. we purposely arrived late to the game because 1. we had the bris to attend and 2. it was soooooooo dang hot, we didn’t mind showing a wee bit late. we scored rockstar parking and walked our way into the stadium. we grabbed some dogs and beers and maneuvered our way to our seats. ohhhhhh, it was hot! the temperature in the stadium was 102 degrees F. yowza!

we really enjoyed ourselves. well, i really did…although drinking beer, mixed with hot temps seemed like a disastrous combination. my body temp started to rise and i was feeling super parched, but survived. once the game hit the 8th inning, hc was done. i was surprised because usually i am the one done but hey! it’s the cubs game!!!! i love attending any game and it’s even better when they win. i absolutely love singing the go cubs go song at the end of the game!

well, i wasn’t going to argue! so, we left. we stopped by a shop to find a hat that hc was interested in. we knew that a storm was coming but we really didn’t plan around it. once hc purchased his hat, we hit the streets to walk back to the car. that was when the sky opened up and it rained on us! it was actually awesome! it was so hot, so a rain shower was appreciated! it may have rained for 6 minutes and then it stopped and the sun came out again.

i loved that we attended two events that day, i really had a great time despite the 102 degree heat, hc and i both purchased hats {like we need any more!}, we were rained on, and…

we left at a poignant moment in the game! the twins caught up and then the cubs won the game by one run! holy cow!

we hit the road again and cruised home to meet up with hc’s parents, who stopped by our house {they watched the girls over the weekend!}. it was such an eventful but heart-full day. 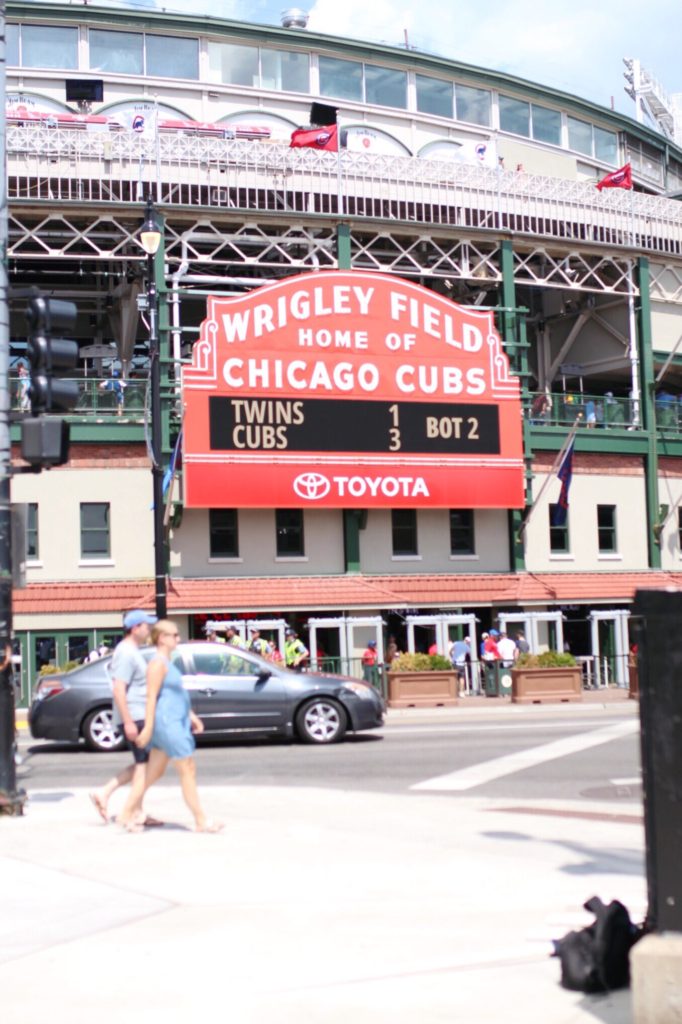 [we arrived late to the game] 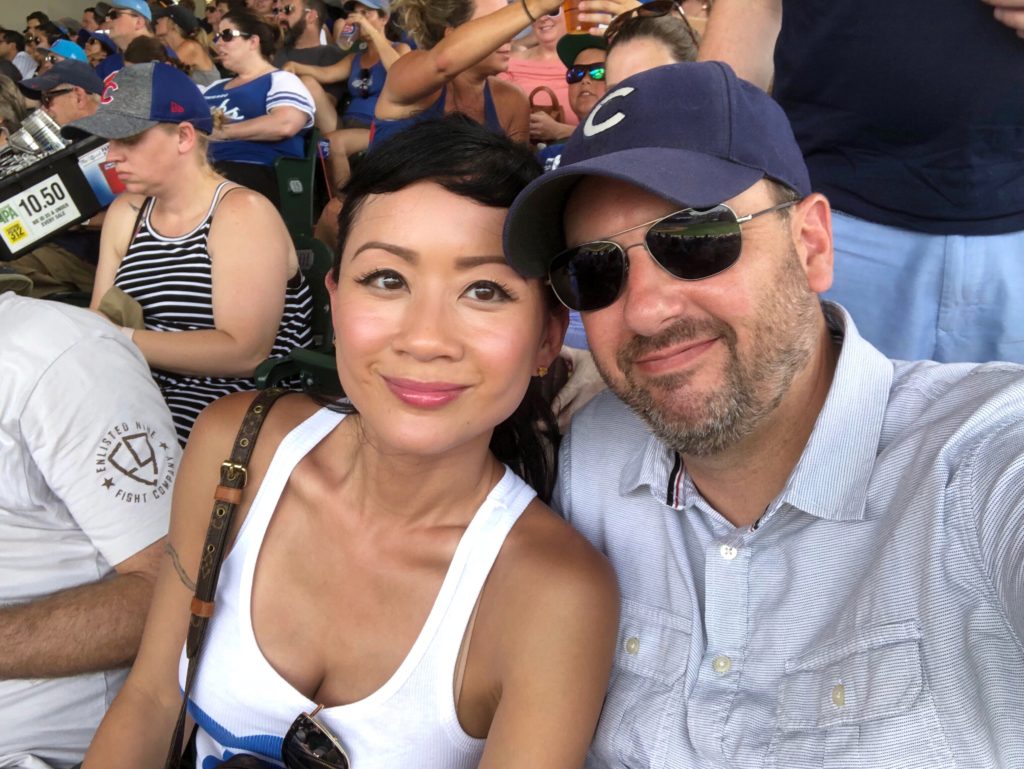 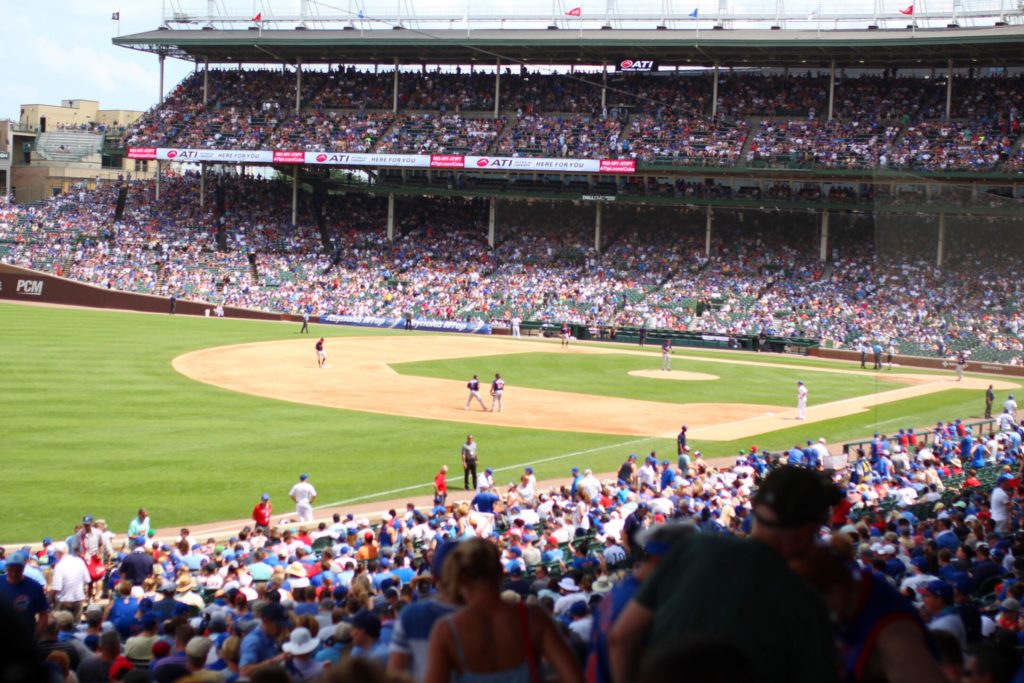 [it was sooooo hot outside] 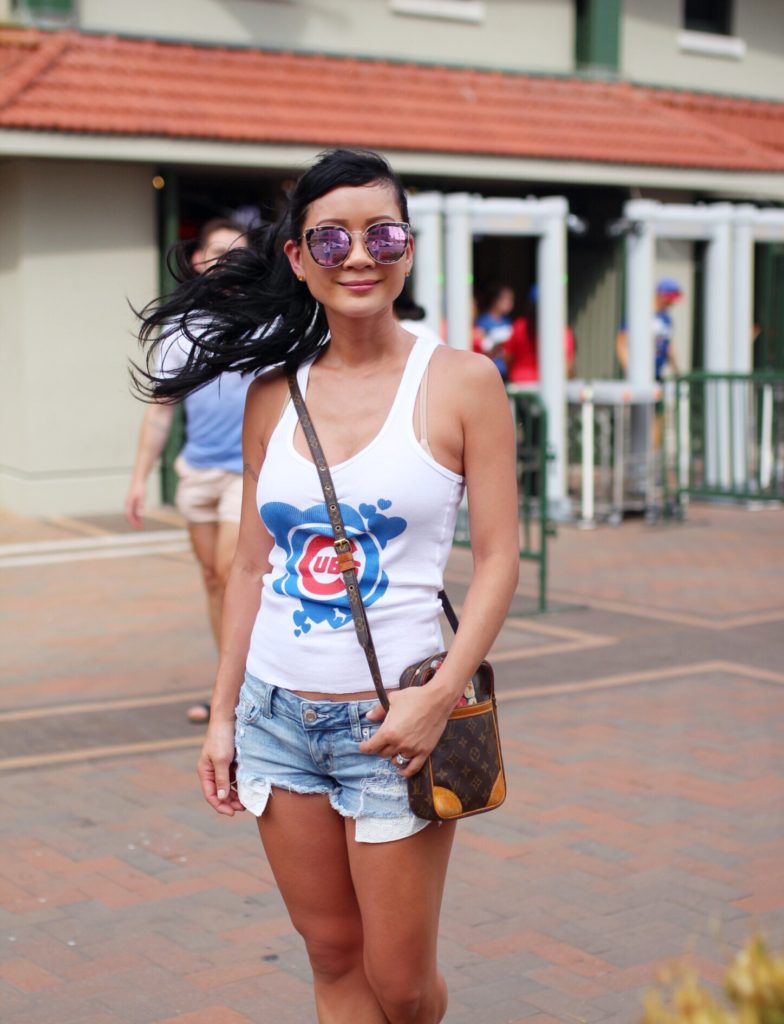 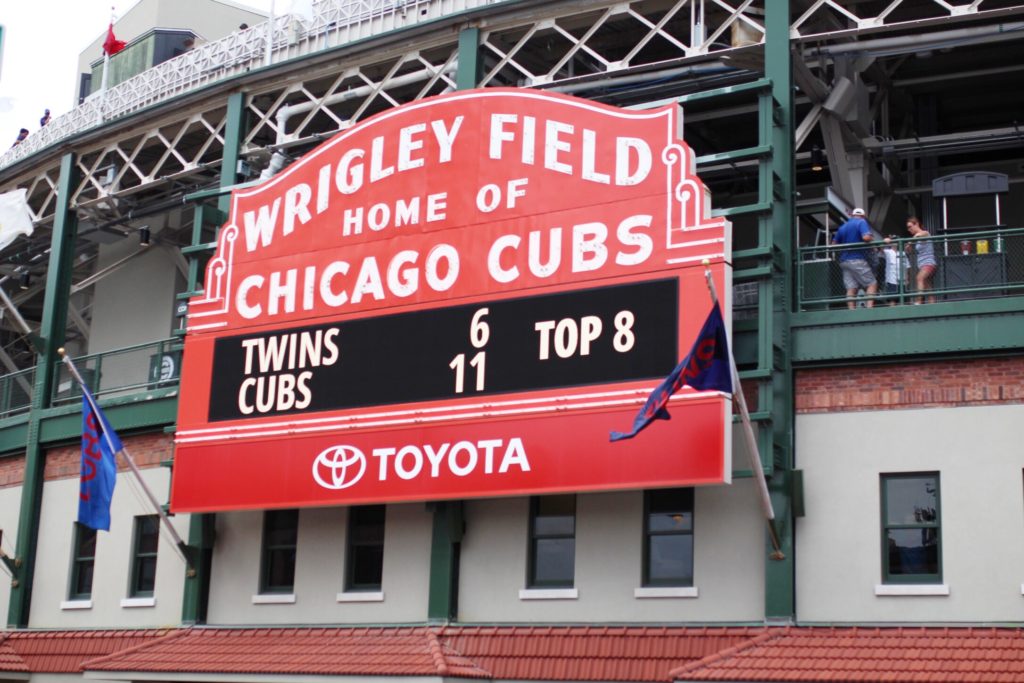 [we left at the 8th inning] 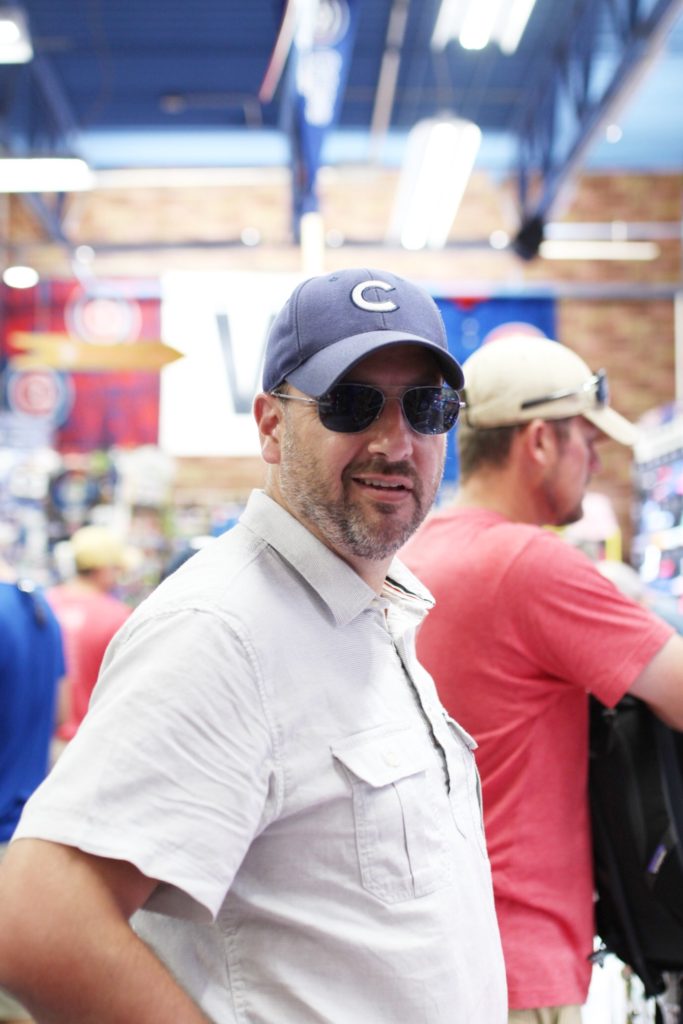