on our third day in vegas, we started it out the right way again…c a b a n a time! woo! we started early {again} and this time around we ended our pool time a bit later than the day prior. our first day at the cabana, it actually rained. like hard. everyone was in awe because it never rains in vegas and if it does, it only lasts for a few minutes. but the rain that happened the day prior was fierce. it thundered, there was lightening, and it rained very heavily where they were posting flash flood warnings! thank goodness we had already clocked in some major pool time before it rained but it did cut it short by an hour or two.

our second day at the pool, it did rain again but it was very short lived and we were back out in the pool partying it up within no time! after spending 7-8 hours in the pool…yes you read that correctly…we spend that much time out in the sun drinking, eating, and ‘swimming’, we all went back to our rooms to get ready for the evening.

this time around, we were heading out to old vegas {aka fremont st.} for some sushi and amusement. we met up with matt and johann, grabbed a cab to our destination of choice and didn’t fear for our lives like we did the day before with our crazy reckless cabbie driver! 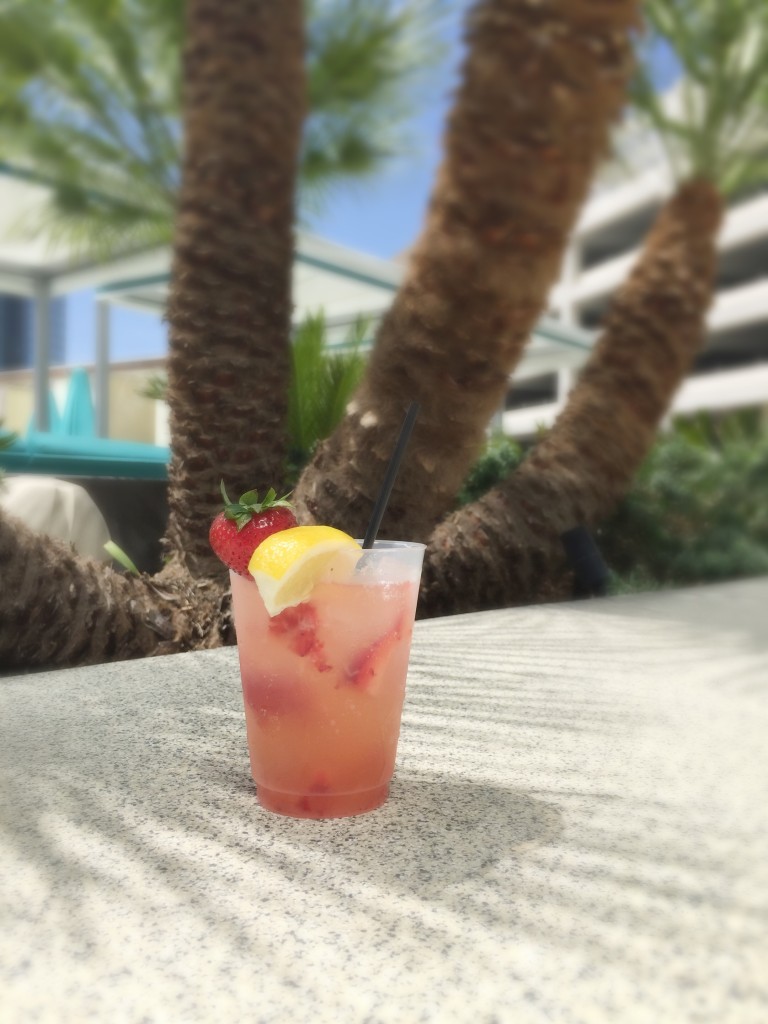 when we arrived, it was quickly apparent that old vegas was double the craziness of the strip. our eyes were getting whip lash from all the {discreet} gawking and weirdness swirling all around us. we slowly walked our way to the sushi restaurant and we were 100% entertained along the way. we finally made it to the restaurant {super cute and quaint place} and we were seated right away {we had reservations and we were early but it was not a problem…thank goodness because panda – aka johann – was hungry!}! 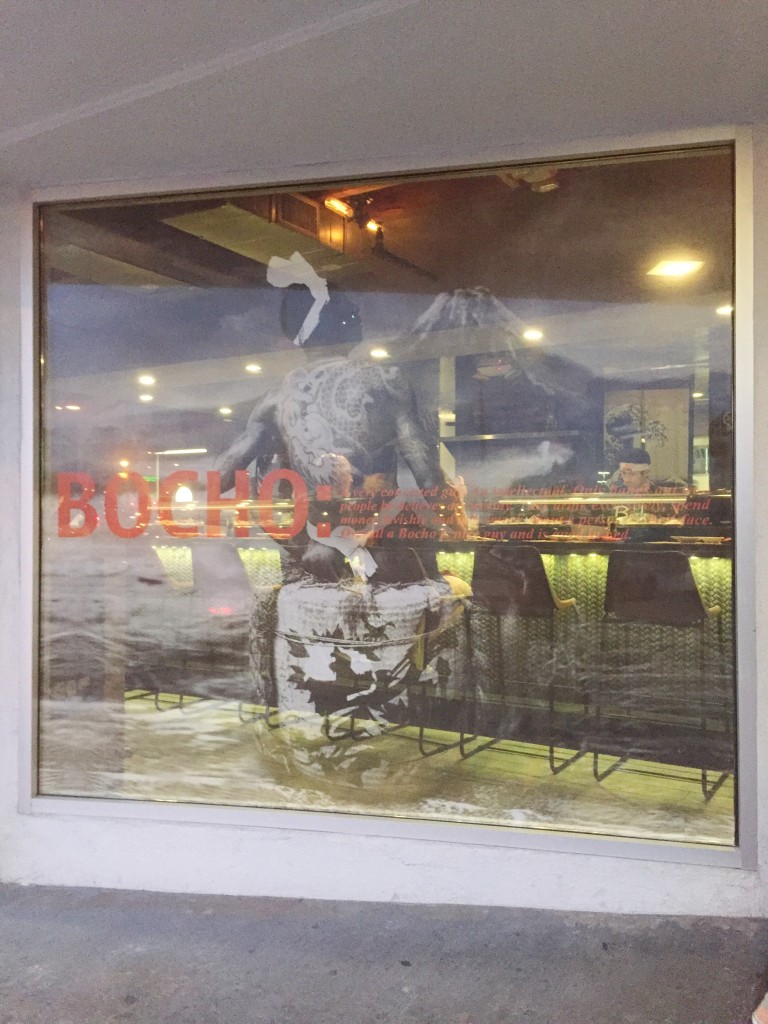 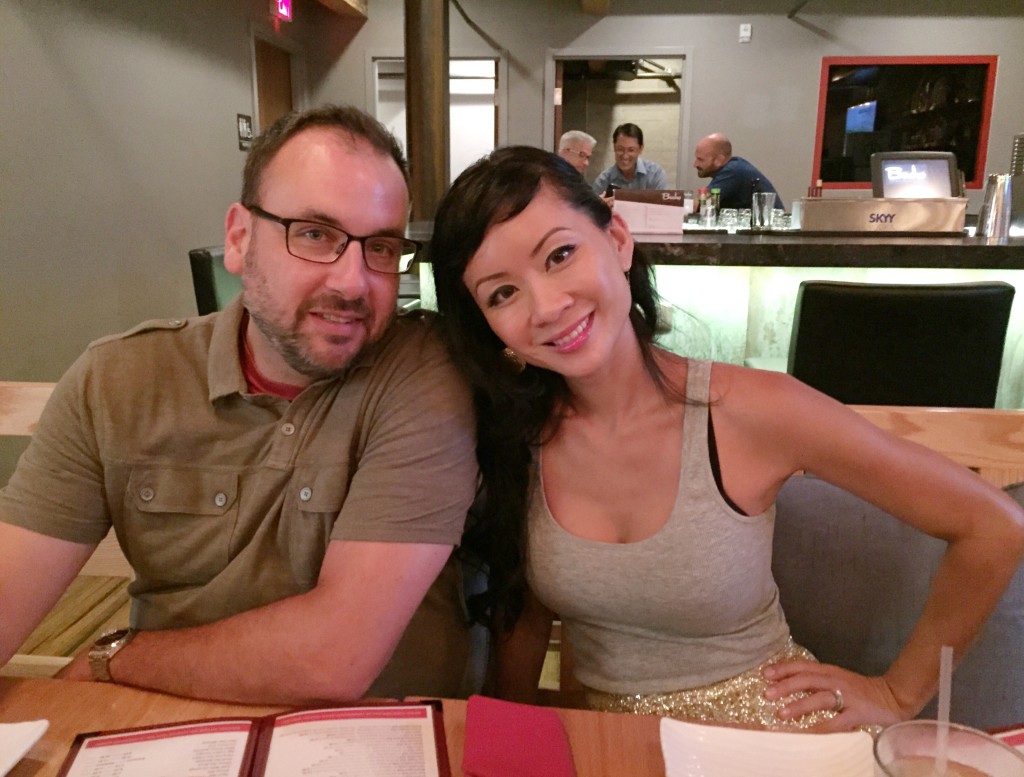 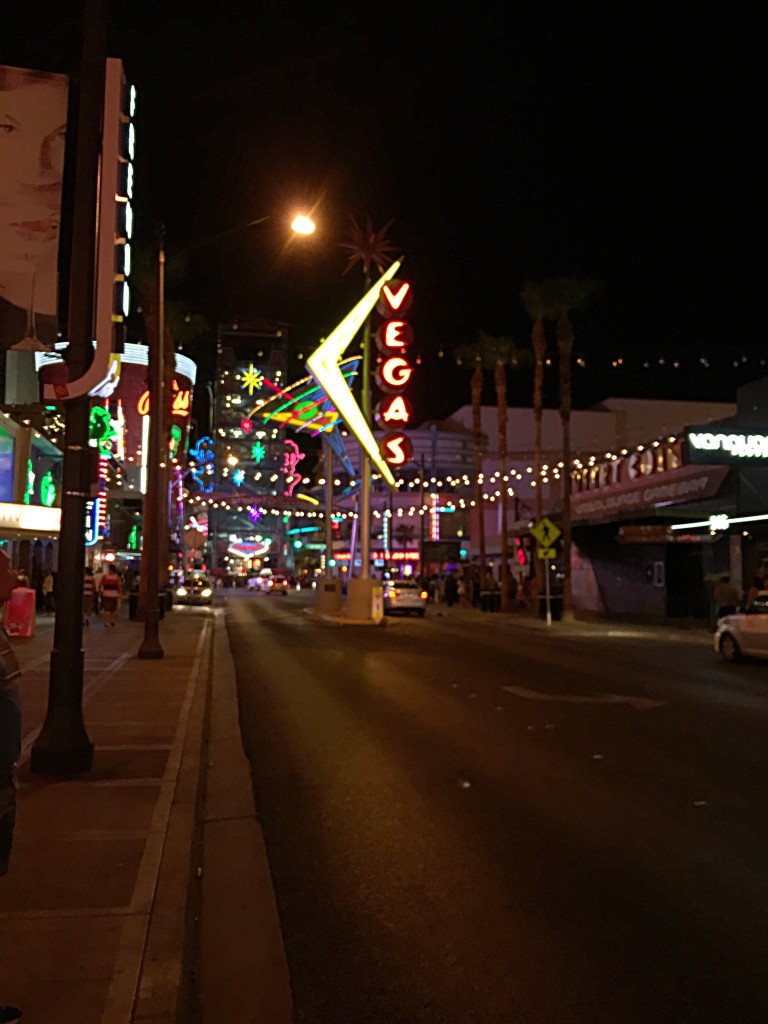 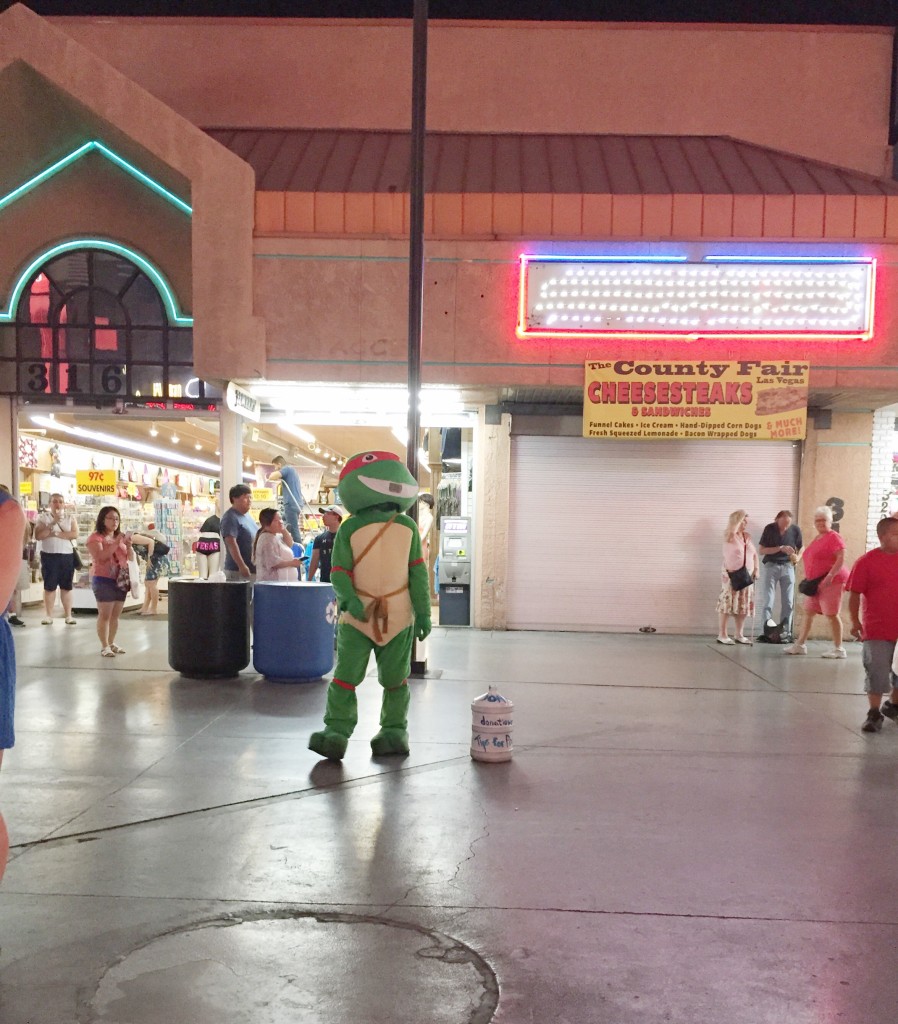 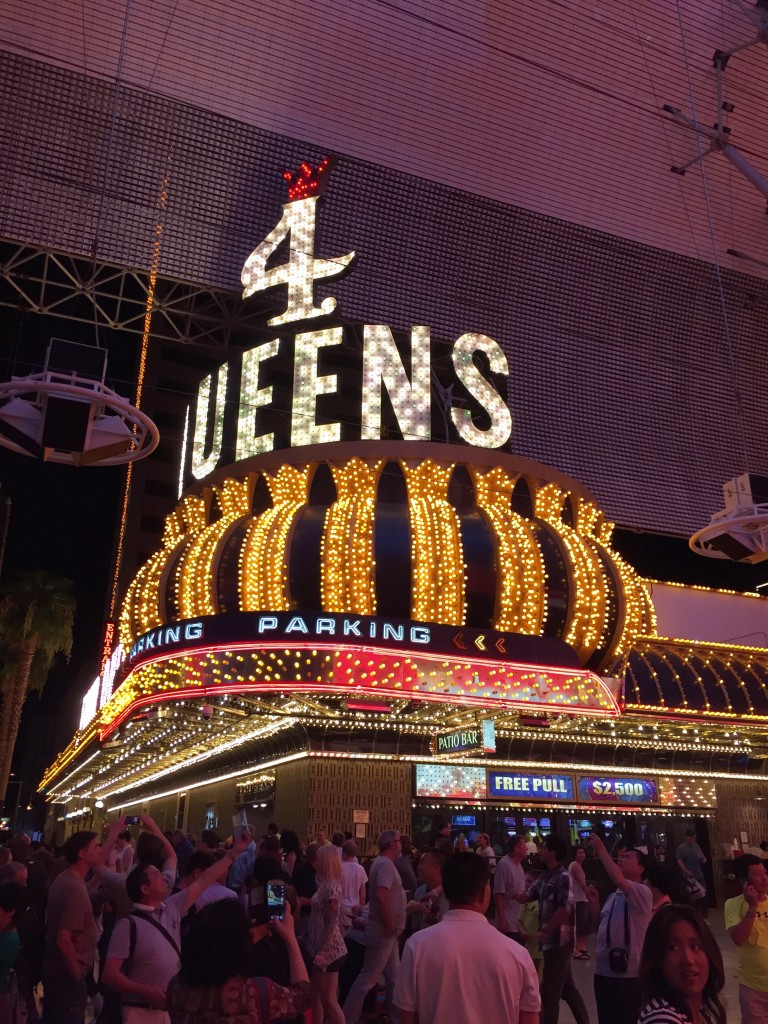 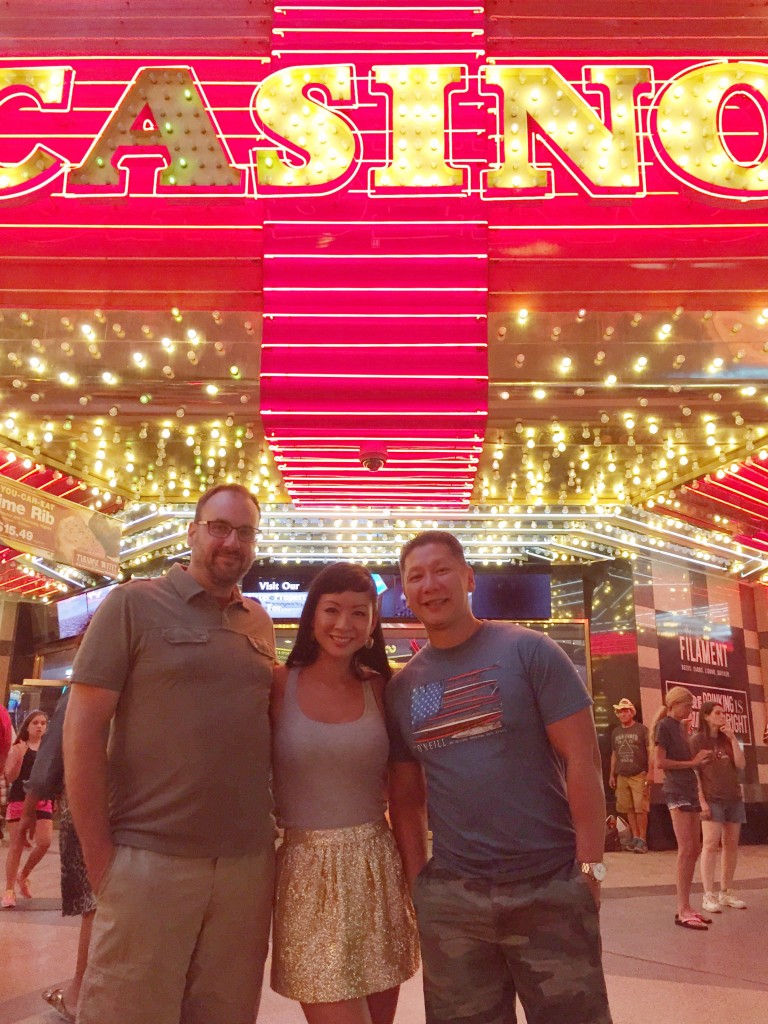 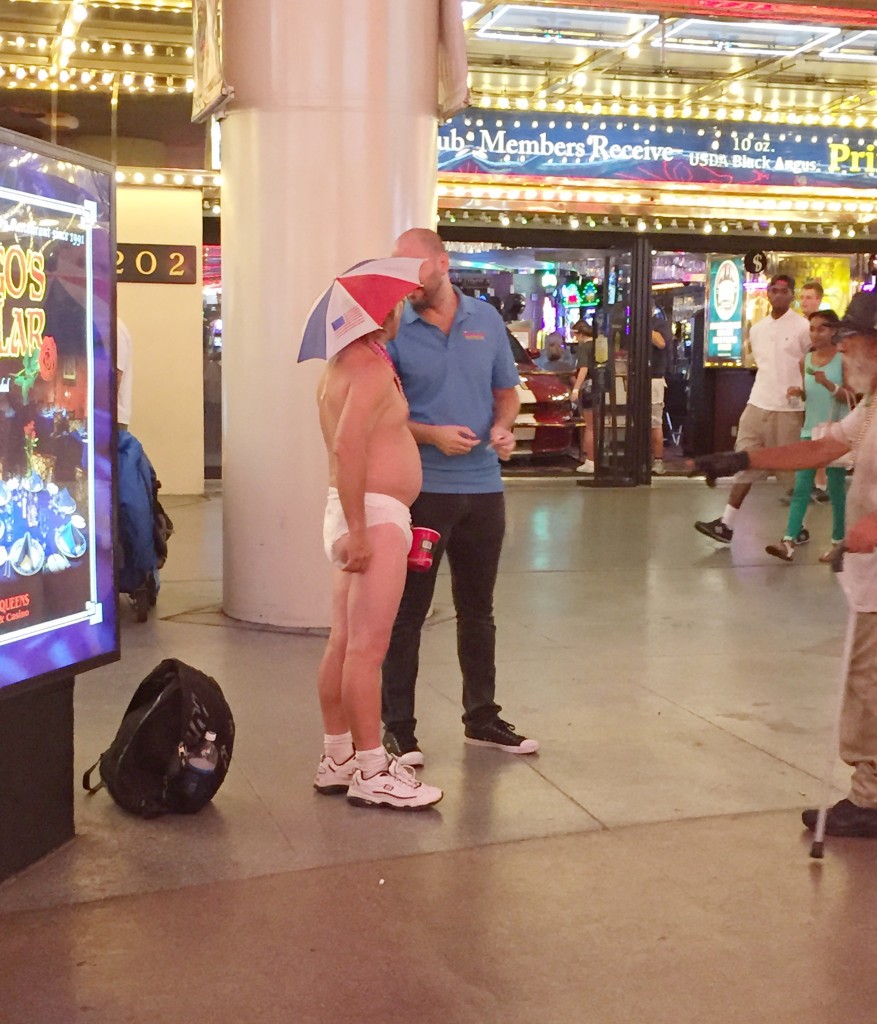 [the man in the diaper scared the crap out of hc, rightfully so and said. hahaha]

after we ate, we walked along freemont street again. it was so overwhelming and honestly, quite sad. so many ‘street’ acts were going on, waaaaaayyyyy too many children up too late and viewing a lot of nuttiness, it all really made my heart heavy. it was gritty, real, and definitely a world i am not often exposed to {i really don’t view myself as a sheltered person either}. but it was heartbreaking to see so many people doing what ever they could to make a buck and it was just a wee bit disturbing to me. after we spent some time in old vegas, we headed back to our hotel area and got ourselves some gelato and called it a night!

the next day, we were meeting liz, josh, and family at mon ami on the strip for brunch. before we met up, we stopped at giada for a drink! it was delicious. i had a prosecco sangria that was super yummy! we enjoyed the ambiance, decor, and the movie they were playing on the telly! i was totally sucked in…it was subtitled and fabulous. the movie was called nights of cabiria and i was in love.

after a few drinks at the bar, we headed out to mon ami for brunch and we were all on time! woo hoo! we were seated on the patio and got down to business with our order. i claimed the diy bloody mary bar, matt ordered a ginormous st. germain drink, and we ordered a bunch of apps to start with. it was fun and yummy. we had a great time with everyone as usual. you can’t beat eating, drinking, and amusing conversations. 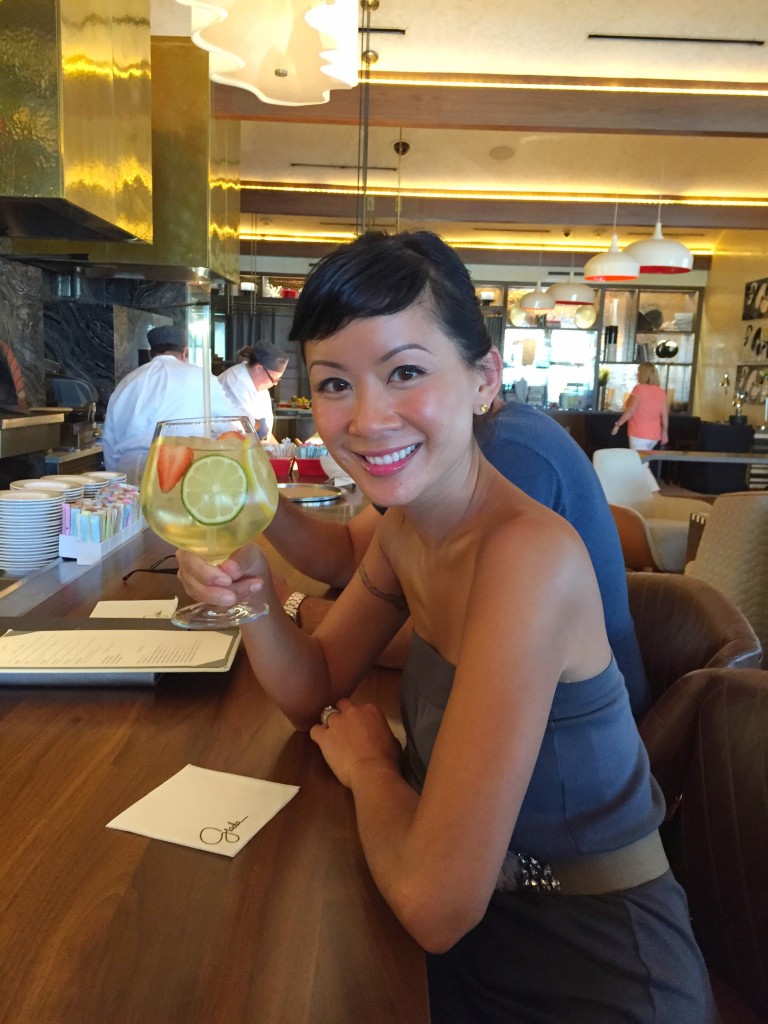 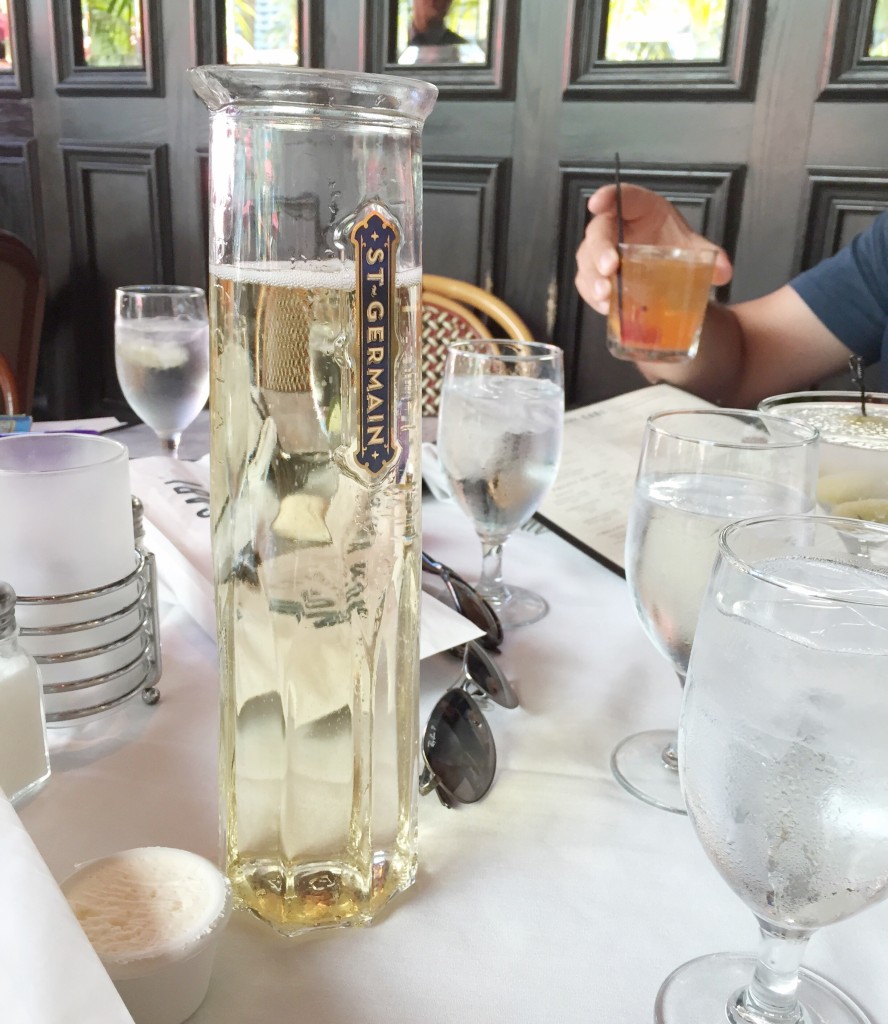 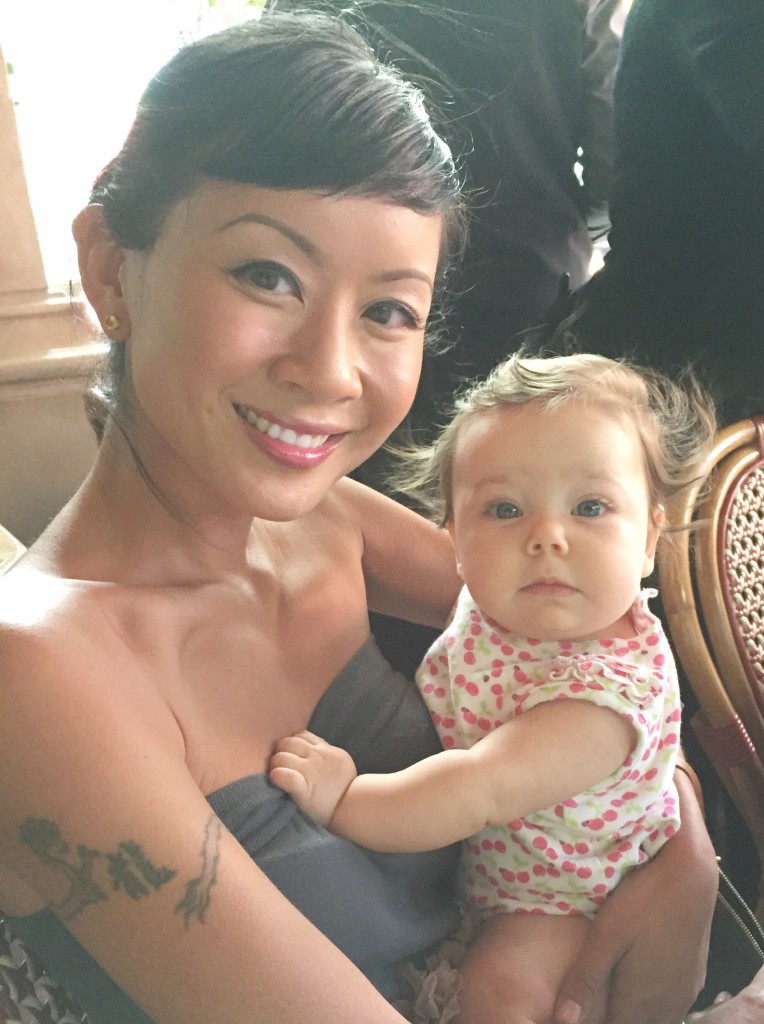 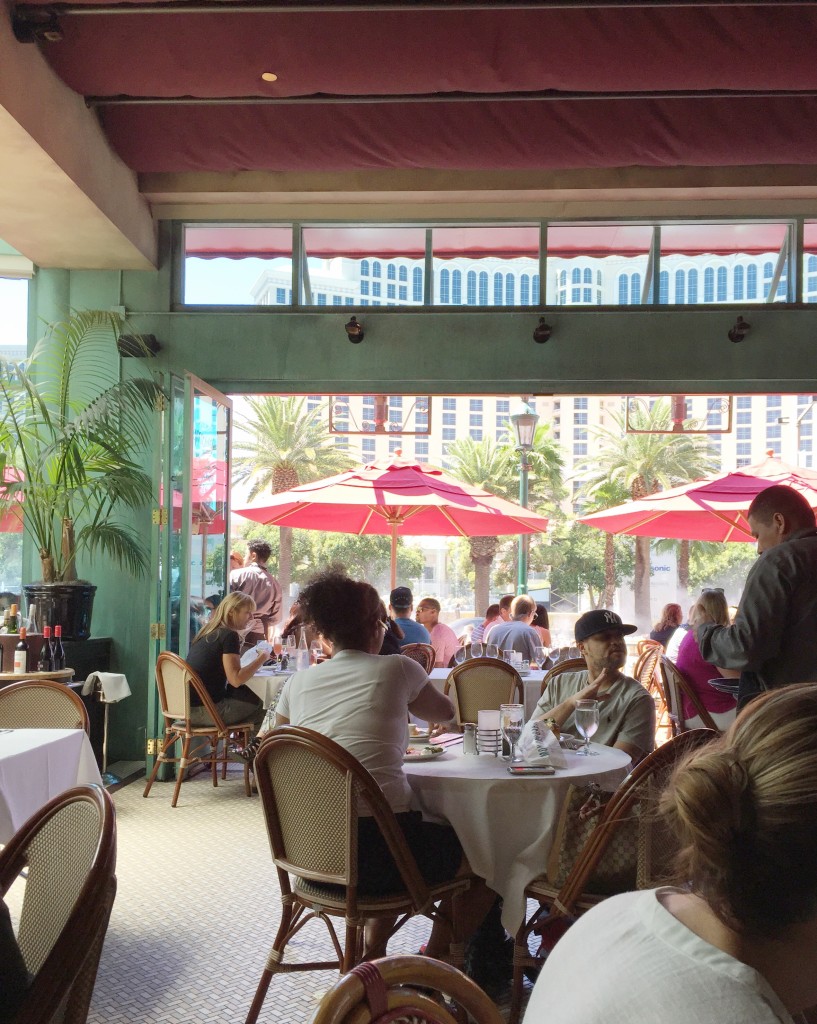 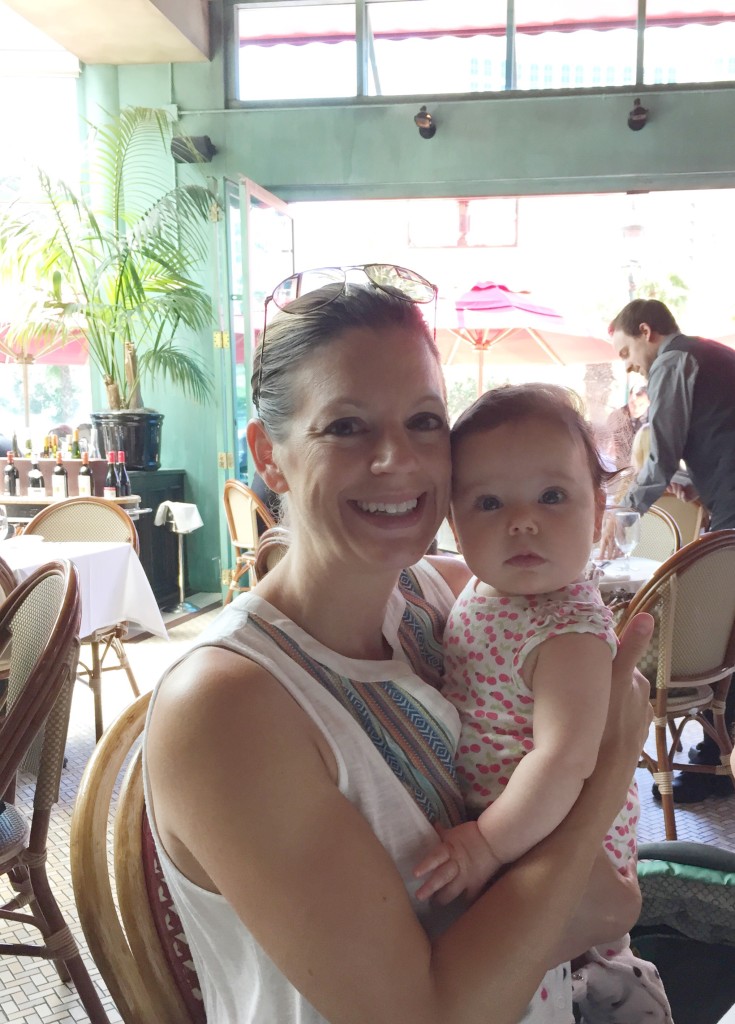 [lovely liz and her beautiful babe] 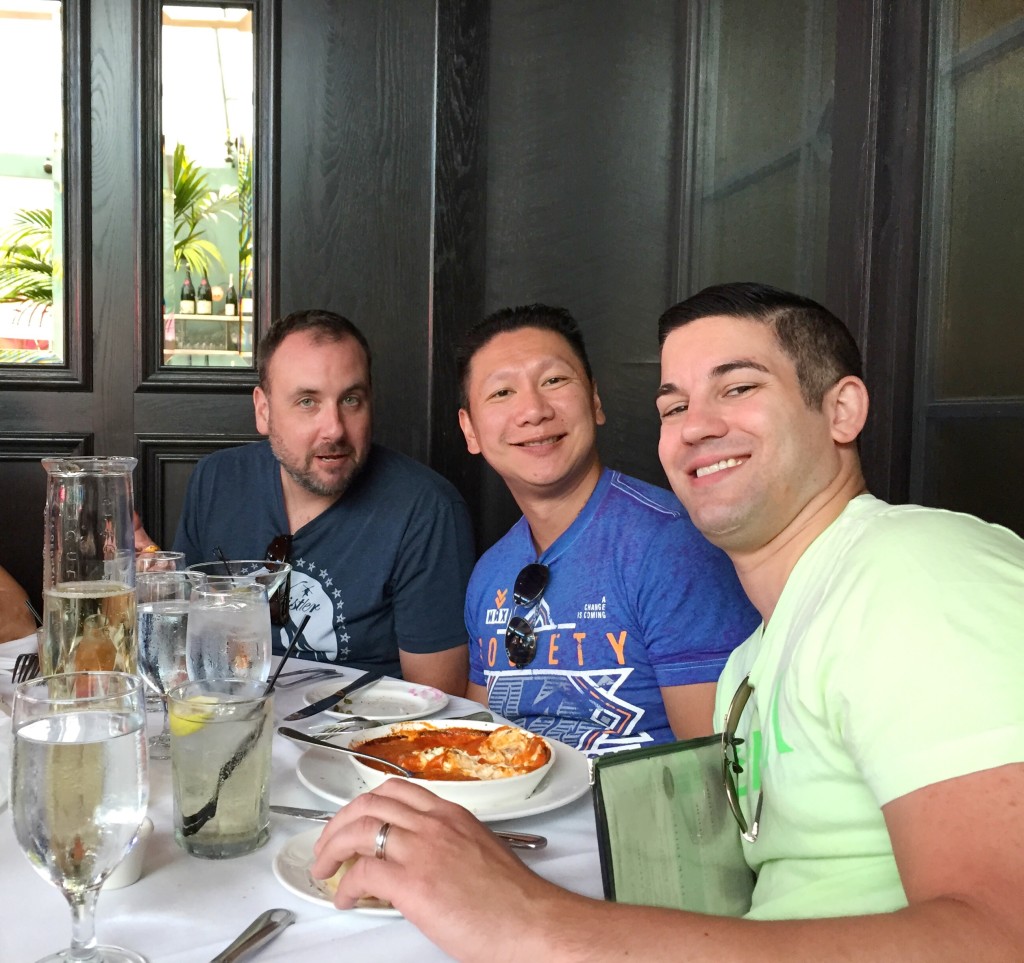 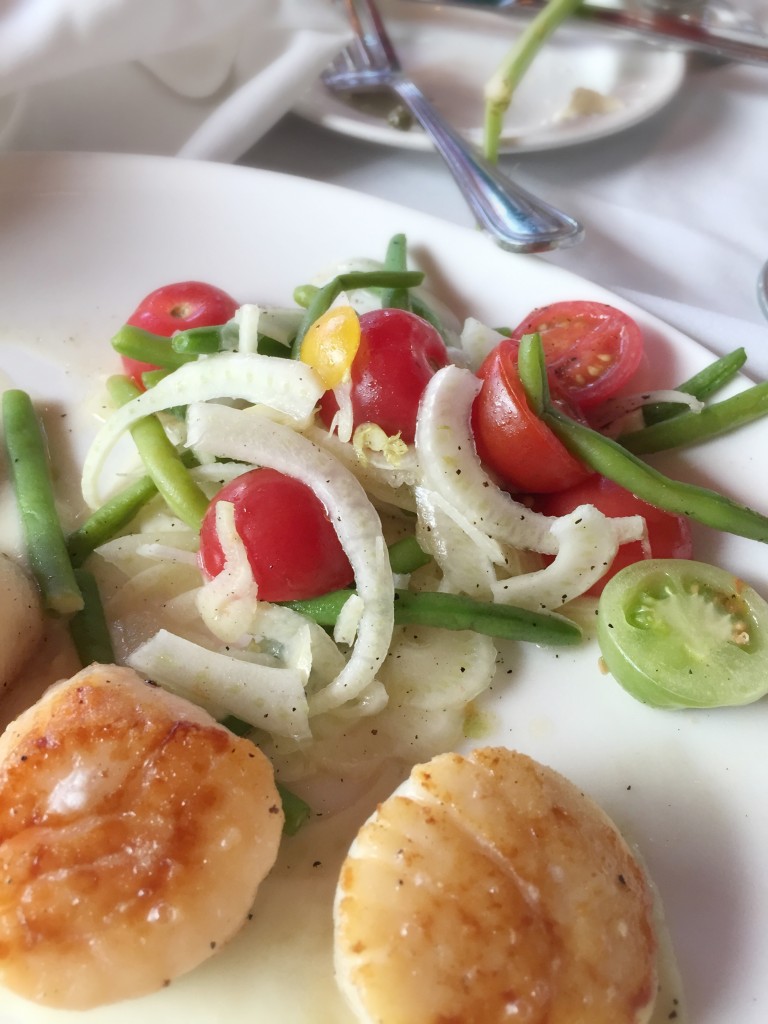 after brunch, we all trekked back to liz and josh’s cars to head on out. one car went back to their house and the other car {us} went to a mall so josh could pick up stella’s birthday gift. while josh did that, we stopped by the yard house for {you guessed it!} another drink. heyyyyy, it’s vegas! 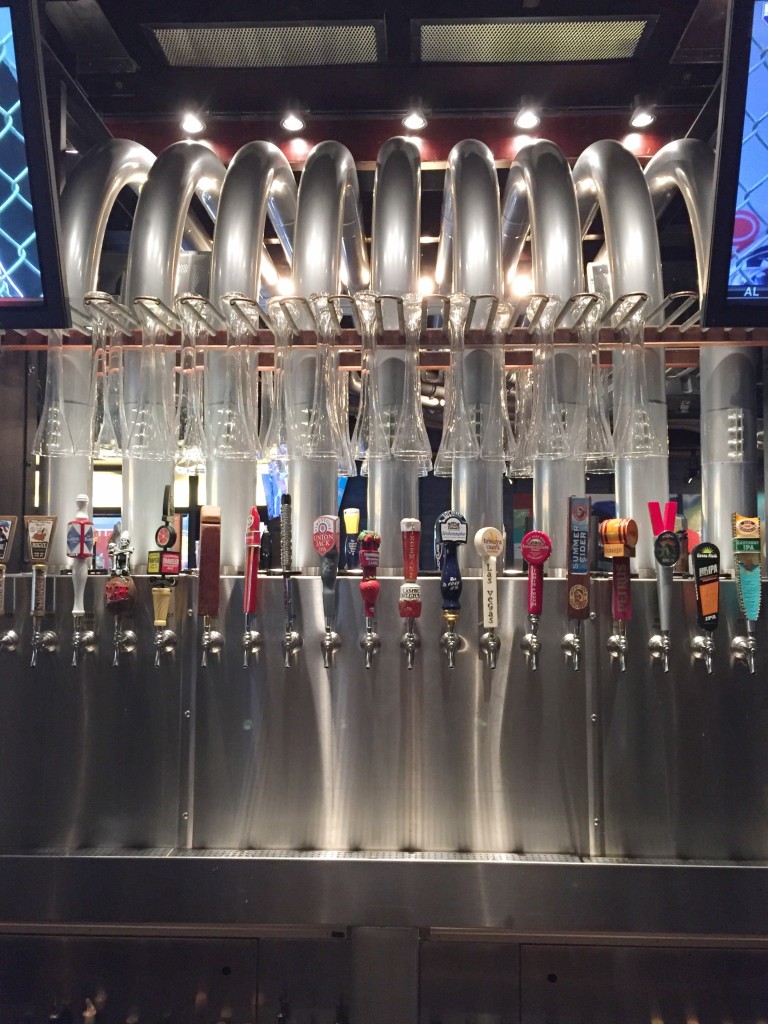 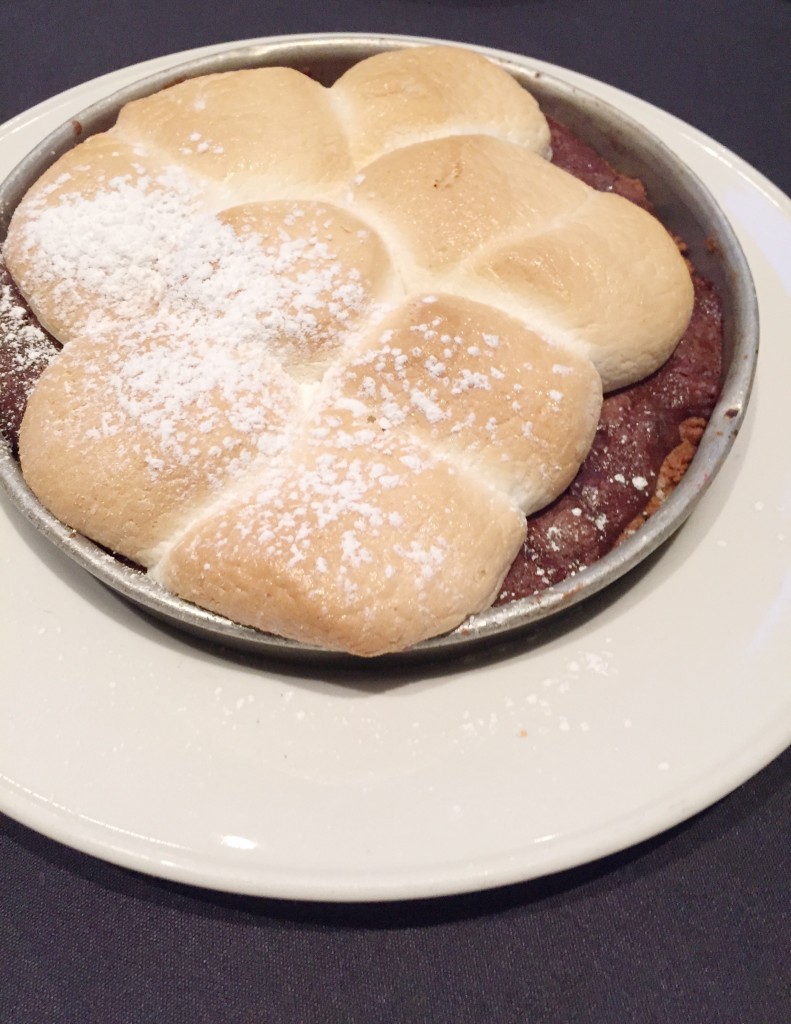 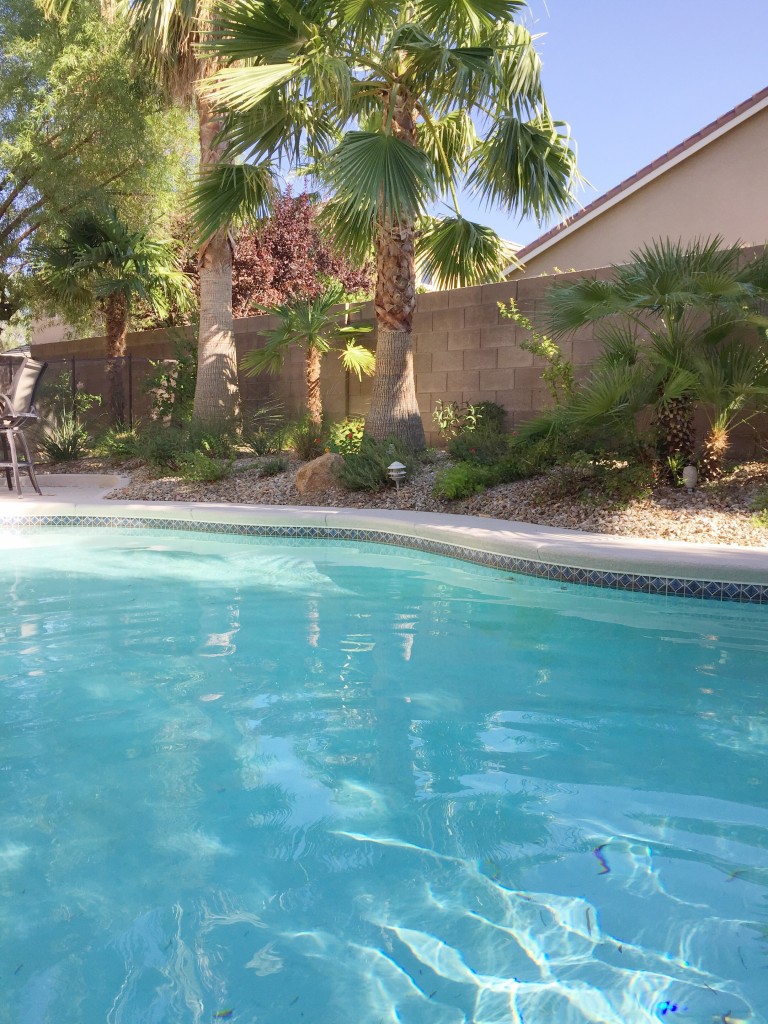 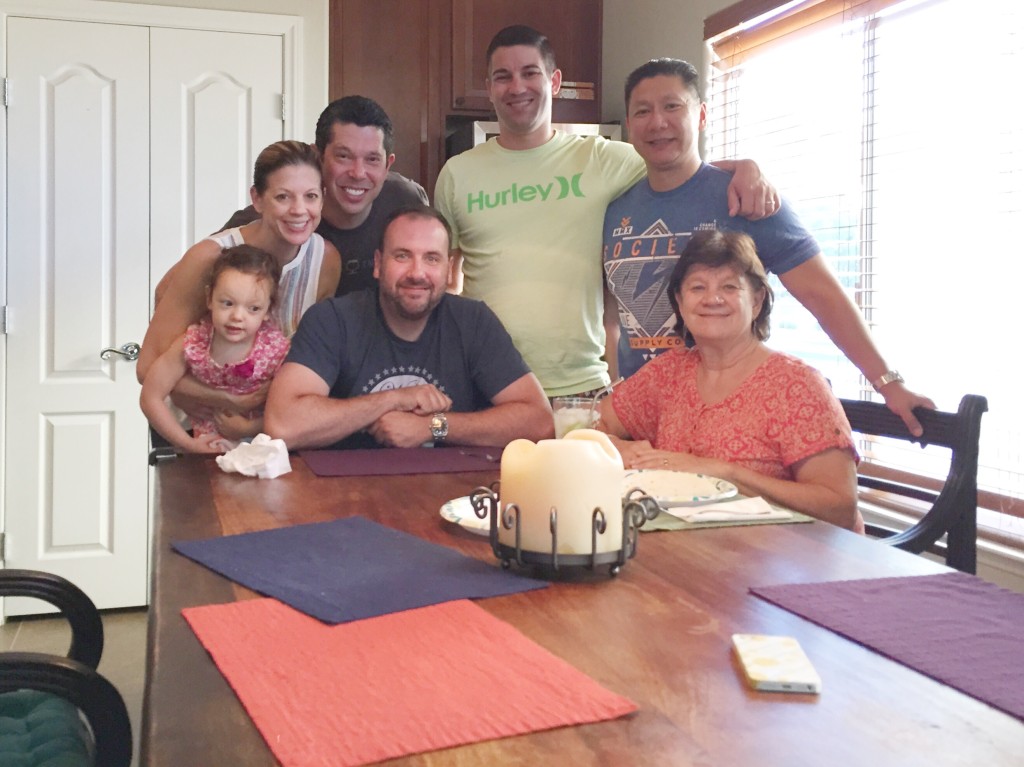 we all then headed back to liz and josh’s house and ended up staying there the entire afternoon and evening until it was time for us to leave. liz cooked us dinner {tacos}, the boys hit the pool and drank whiskey, i hung out with the ladies, and in the end, we were all outside by the pool enjoying the warm evening.

it was another fabulous trip to vegas. hc and i had the best time hanging out with matt & johann. we love vacationing with them! we also loved that my brother and tashina were able to join us and we always love seeing liz and josh {notice the love theme here?!}. every single one of them are great people and we are so lucky to have them in our lives. we are so blessed!