so, after our apple picking fun, we ended up with a big bag full of delicious apples. buttttt, we couldn’t possibly eat all those apples! what to do. what to do. apple bread? caramel apples? apple pie? why, yes. apple pie. let’s make us some apple pie! i pulled up a recipe from the wonderful wide world of the web.

one night, hc and i got a crackin’ on making us some apple pie. it was total teamwork. he started the walnut base, i washed and peeled the apples, he started the pie crust, i cut and seasoned the apple slices. 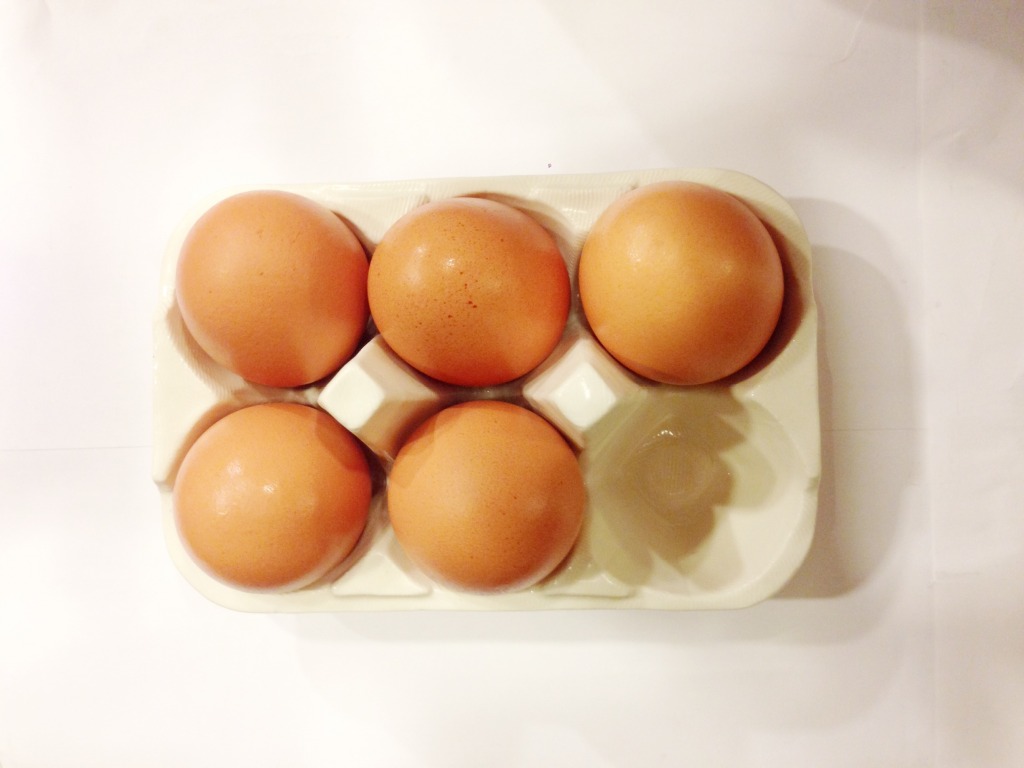 [a small but crucial ingredient] 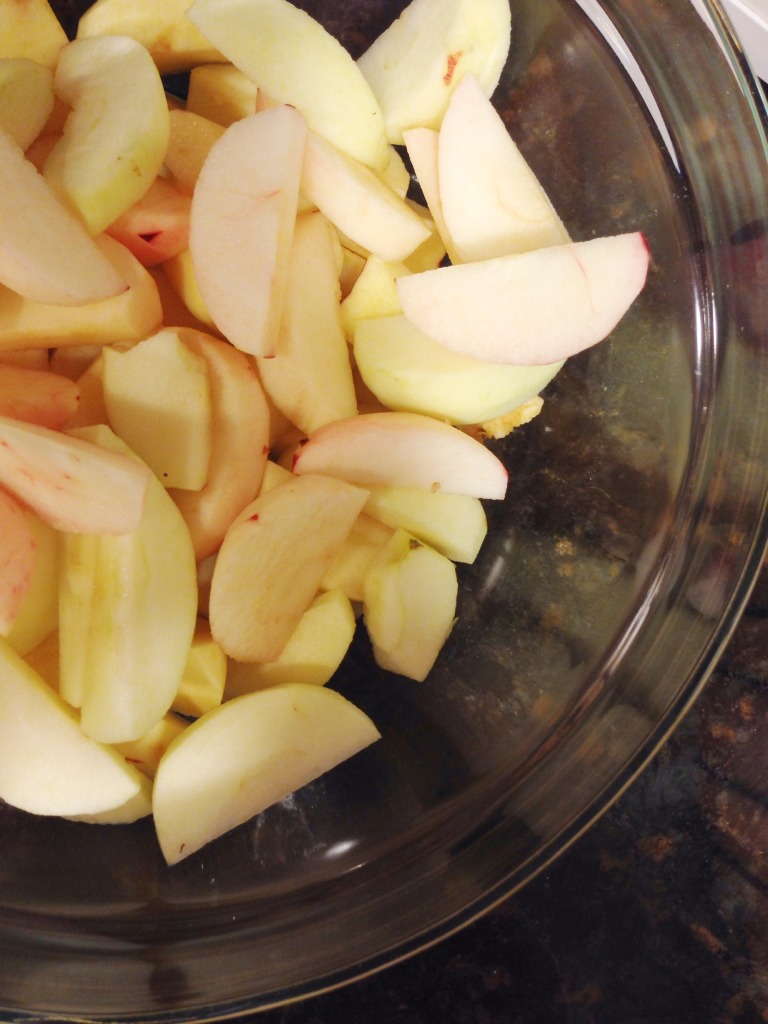 [slicing apples for the pie]

we both laid down the base of the pie crust. we learned a very important lesson: we should have rolled out the pie crust a little bit more. the issue we were having was that it was super sticky and not rolling out right. we figured out that if you put saran wrap underneath and above it, it rolled out quite nicely. so, before we figured that out…we ended up stretching out the pie dough over the bottom and trying our best to get it up the sides! we did a pretty darn good job.

[placing the crust for the base of the apple pie]

we placed down the base layer of the walnut mix. then the apples were coated with lemon juice, butter, milk, cinnamon, nutmeg, and a pinch of salt. i scooped them onto the pie crust and hc proceeded to put the extra pie dough as the top crust. the first pie was okaaaay. the pie crust didn’t stretch out as far as what we wanted it too {remember, we didn’t figure out the rolling part yet!}. but nevertheless, it turned out pretty darn nice. 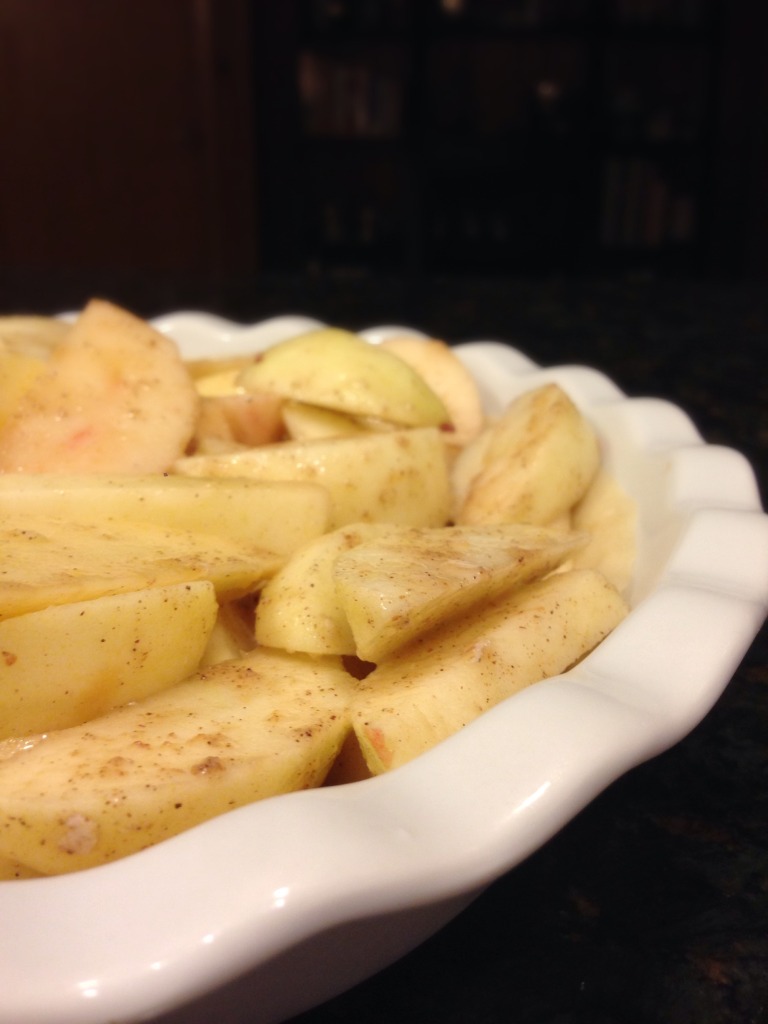 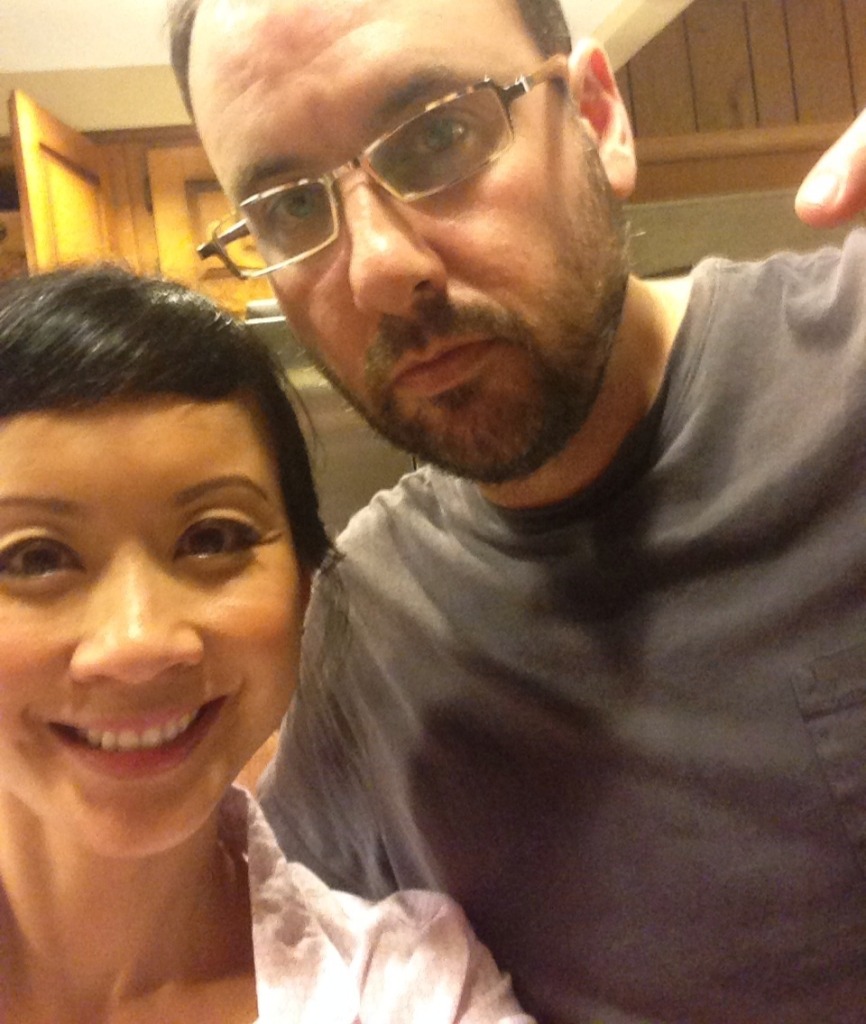 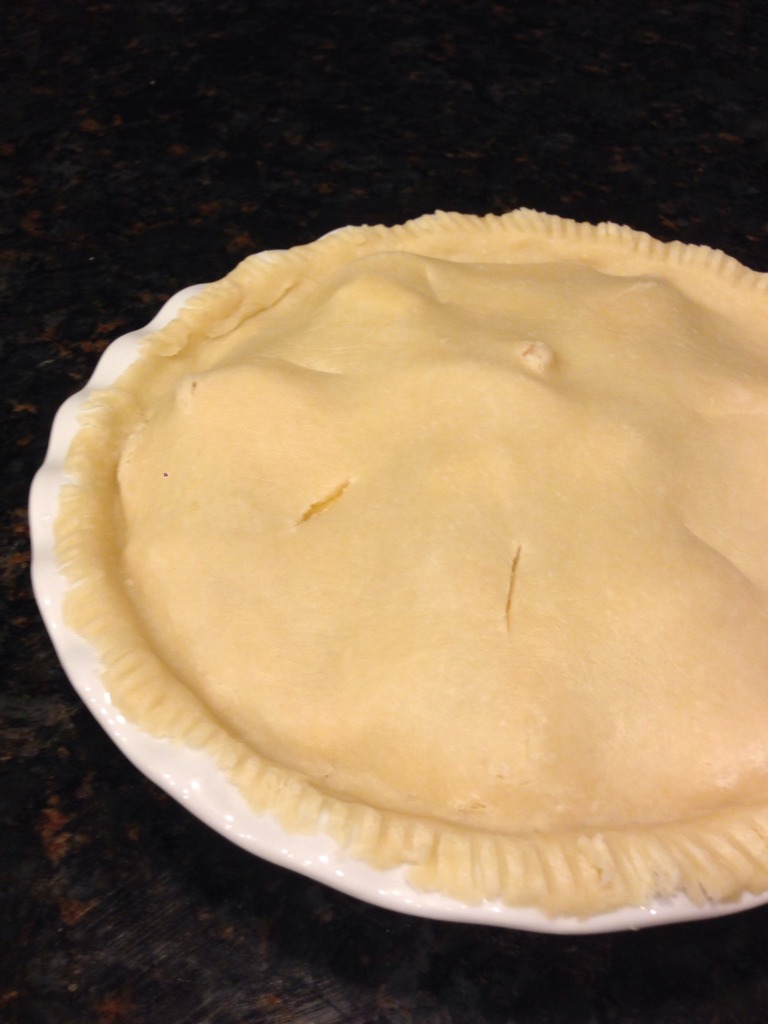 [the pie above is the not so great crust pie :p]

our second pie turned out for the better…we rolled the dough out more and had a better pie crust overall. i brushed the top of the pie crust with milk and sprinkled it with sugar. phew! we were almost done!

we had preheated the oven and it was ready to go. we popped the pies into the oven and 55 minutes later, we had delicious pies! the whole house filled up with the sweetest smells. the aroma of apples and cinnamon wafted throughout our abode. it was fantastic. 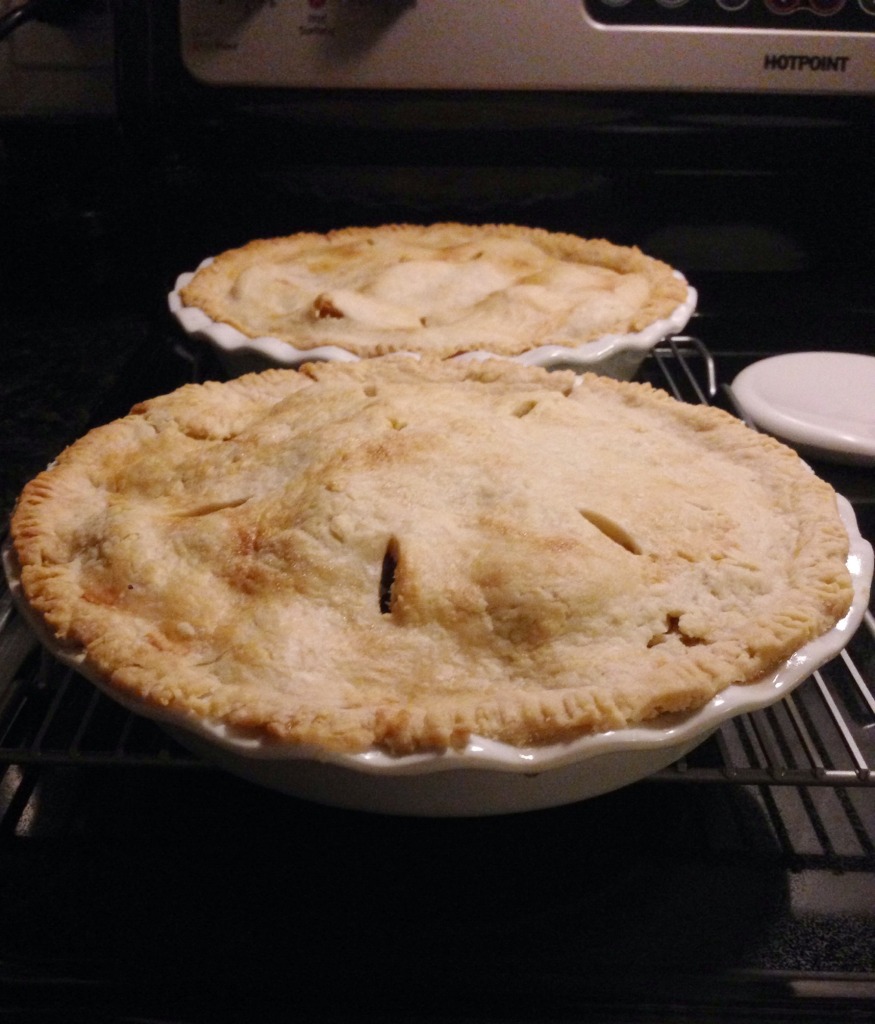 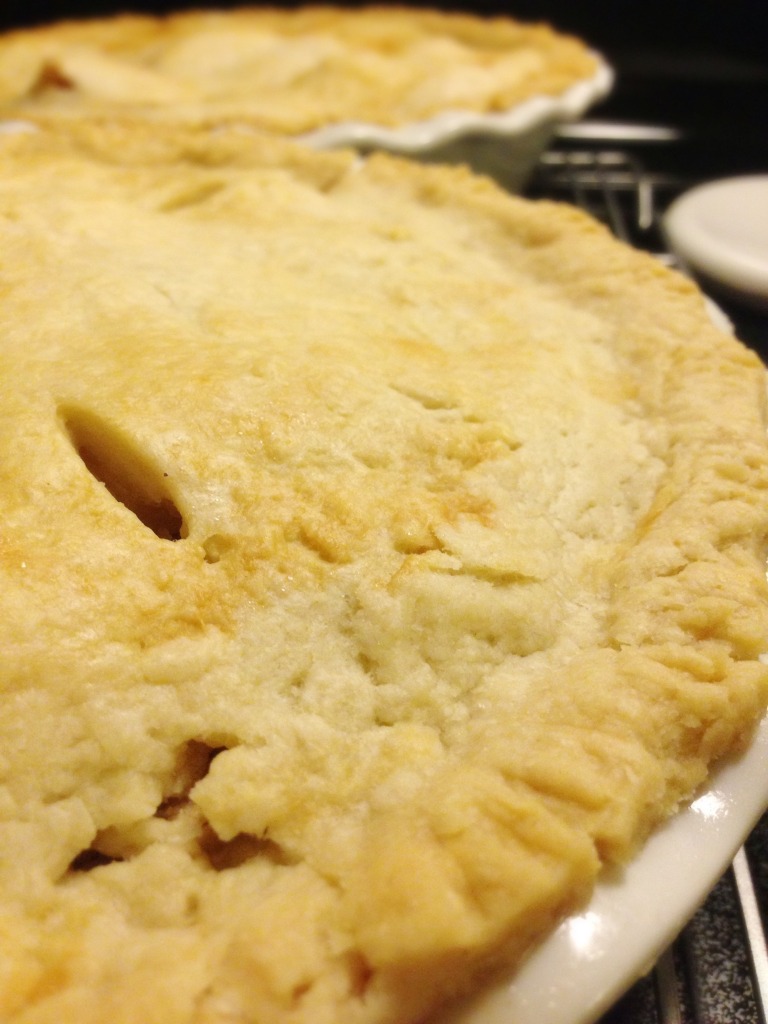 ta da! our finished, tasty, edible product. i must say…they were delicious pies! it had a flaky crust, the apples were sweet and tender, and the walnuts added in a wonderful texture and nutty flavor. my tastebuds were in heaven!

we had a wonderful time baking these pies. total hubby and wifey teamwork! we still have some apples left…hmmm, what shall i make next?!! happy october y’all!

1 thought on “as american as apple pie”