ellie was invited to her first preschool birthday party for her friend Sienna {back in september}!

sienna and ellie started in prek3 together and will continue on as classmates for the next many, many years to come!

her mom, kelli, hosted the fete at a local princess party place in town. it was a beautiful day out and ellie was super excited to attend her friend’s party. olive had attended a party there for her friend betty, several months prior – right before the shutdown, but i didn’t take her, hc did. so, i had never been to this establishment.

we arrived to a lot of pink and princess everything. the girls could dress up as fairies, by picking out fun tutus, wings, and crowns. ellie was obsessed! she loved the rainbow wings and tutu. she originally picked a pink iridescent skirt but then soon found a matching rainbow one that went perfectly with her colorful wings.

once dressed up, they could walk the runway to show off their pretty gear. couple by couple, the girls working the venue eventually got all the little ones into their make up chairs and painted their faces and bedazzled their hair with a ton of glitter each. LOL i was like, dada is going to be so mad. he hates glitter!

after they had their hair and make up done, the girls then got manis! once everyone was decked out, they all walked the runway again before the pizza and cake was served!

overall, ellie had the best time with her friends! it was nice to be able to go to a party with just ellie’s friends! she’s always hanging out with olive’s friends – which is great! but it’s nice to have her hang out with girls her age, specifically the girls she goes to school with.

thanks kelli and sienna for having us at your party! it was so much fun! 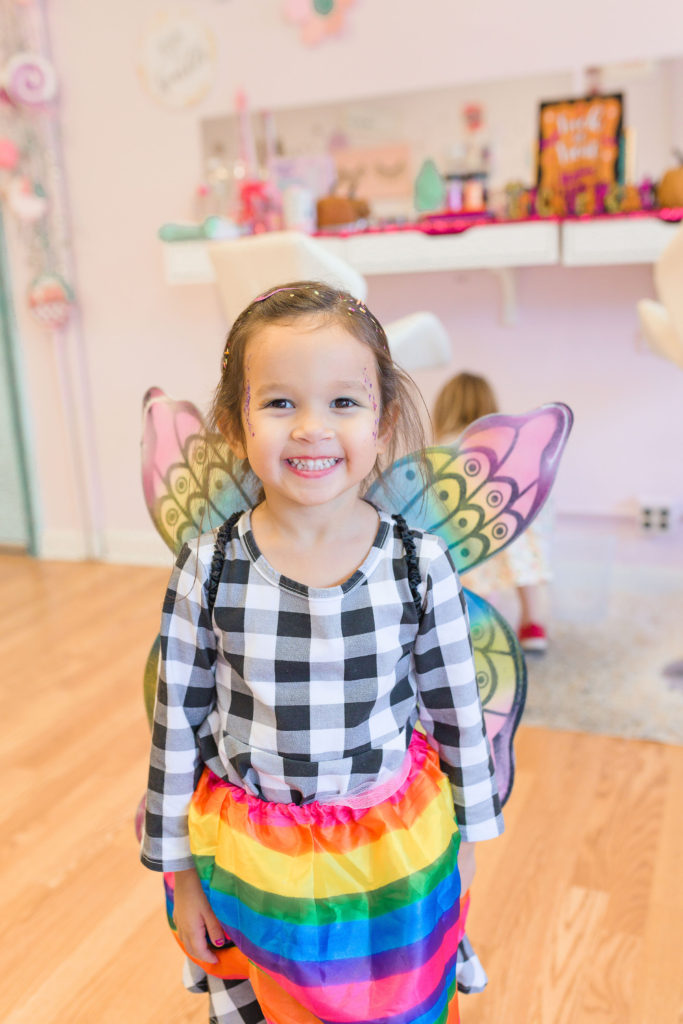 [isn’t she adorable? she was happy!]

[getting her make up done]

[getting her nails done] 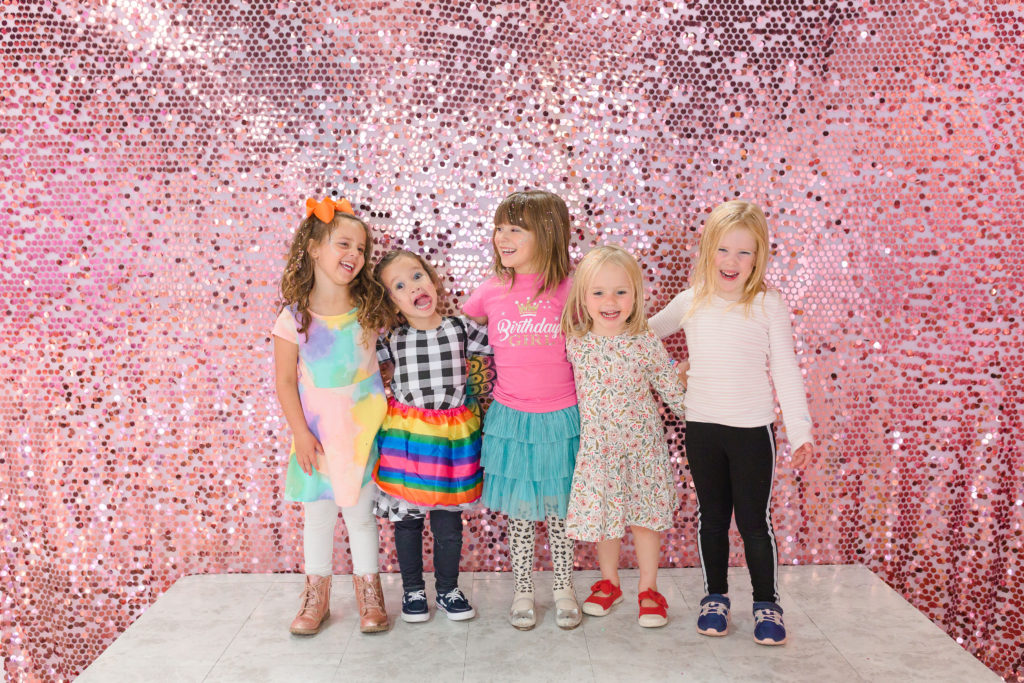 [they are the cutest and the silliest!] 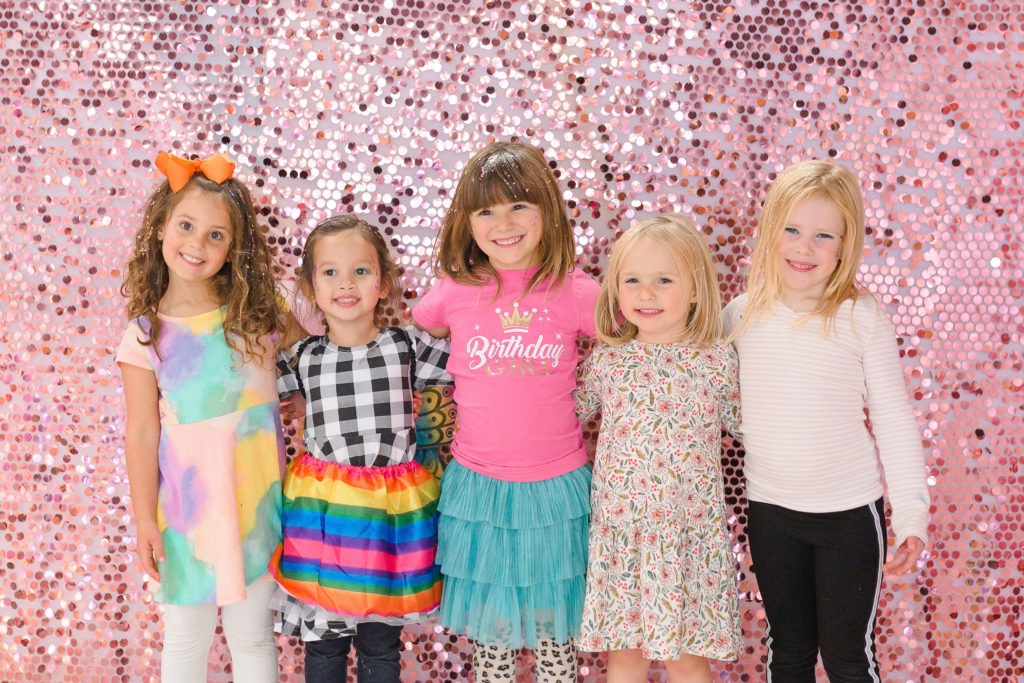 [she loved dressing up and walking the runway!] 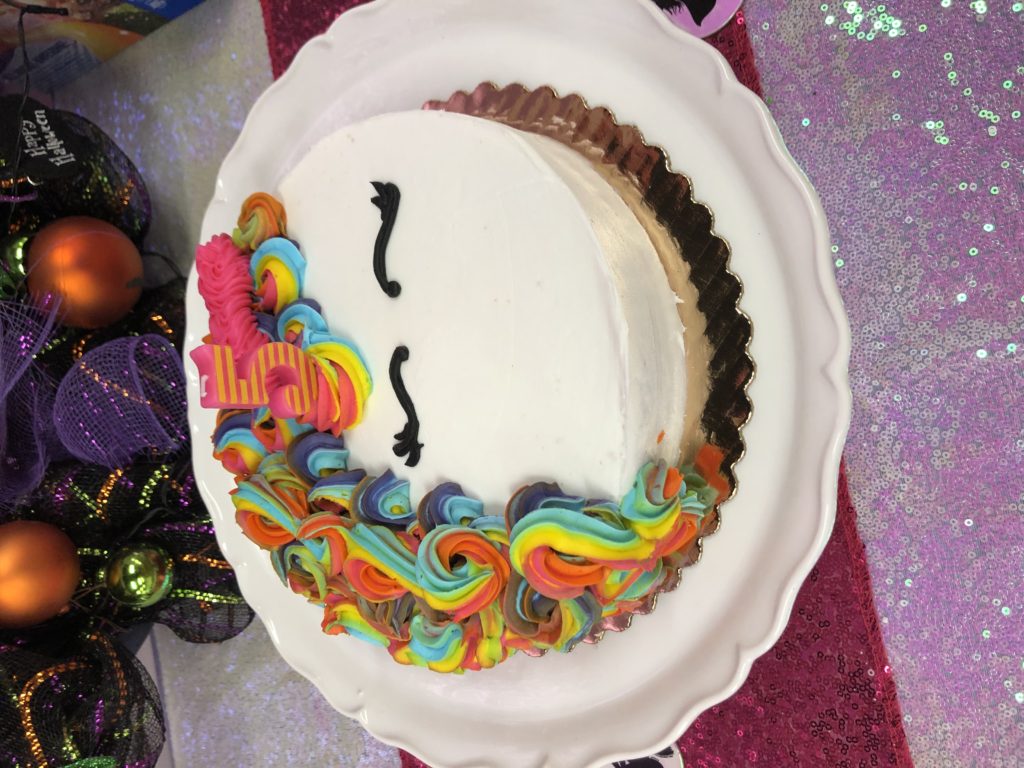 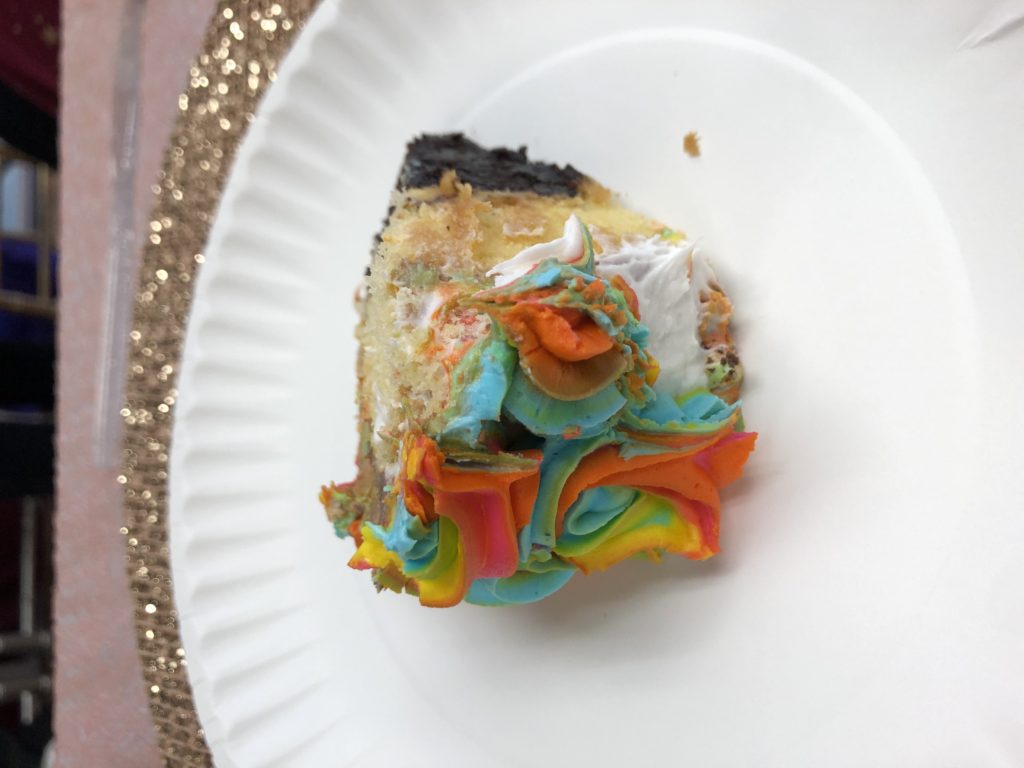 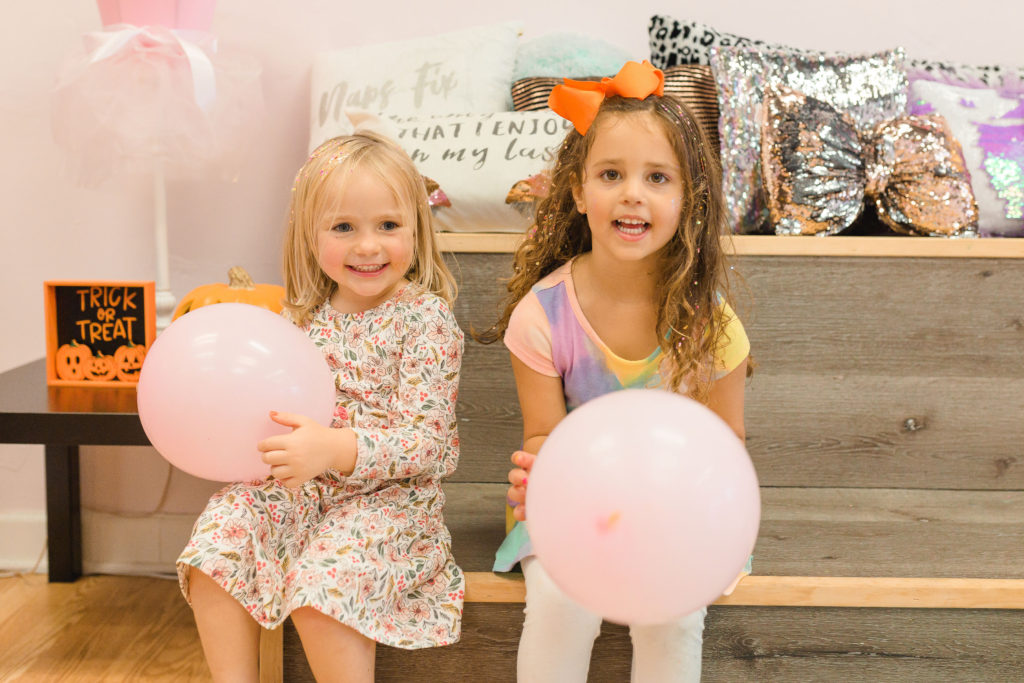