we were invited to our neighbor’s grandson’s birthday party. it was at a place called pump it up. i had never heard of it and i truly had no idea what kind of place it was for kids. LOL. once we arrived and walked into the first room, i was like, “ohhhhhhhhhh” a lot of bouncy houses. alright.

we chatted with our neighbor mary and her kids. hc and i found a game where you throw the football into the hole {football bags. hahaha!} and i smoked him. yeahhhhhhh, i got more hole in ones than him. booyah!!

olive was gone. she was soooo into the bouncy houses and we hardly ever saw her! hahaha! she’s so good with acclimating into new environments. well, then there was ellie – she cried and screamed and was unhappy in every room we went into. once she liked one bouncy house, it was time to move to another room. we started all over again to get her comfortable with a new bouncy house. then it was time to move onto another room and that girl threw a fit. she screamed and cried every time!

well, the final room was the party room, they were serving juice drinks and cake. they had picnic style benches and olive and ellie were trying to figure out where to sit. i directed them to an area and olive climbed up and ellie followed suit. as she settled her tush onto the bench, she lost her balance and fell straight back onto her back flat on the floor. oh my goodness. that just added onto how irritable she was that afternoon. she started shrieking. like SHRIEKING. i picked her up and ran out into the hallway to calm her down. oh, poor babe was having the worst {yet best time} ever!

once she calmed down, she sipped her juice drink and ate her cake. she was a happy camper. we mingled a bit more with the family as the guests trickled out. after the group had dwindled, hc and i decided to leave and the girls said their goodbyes. it was a great place to throw a party – quick, convenient, and easy clean up! she had such a great time with everyone!

we’re so fortunate to have become such great friends with our neighbors and their kids. we’re so lucky to be surrounded by such good people! thanks kristin and chris for inviting us to brett’s party! we had such a wonderful time! 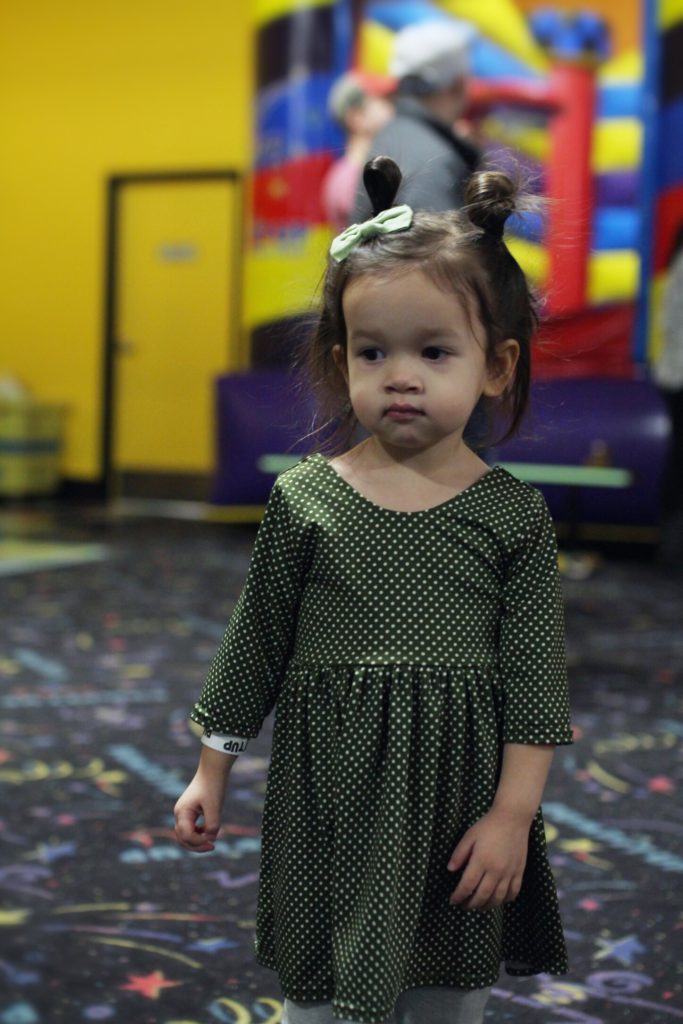 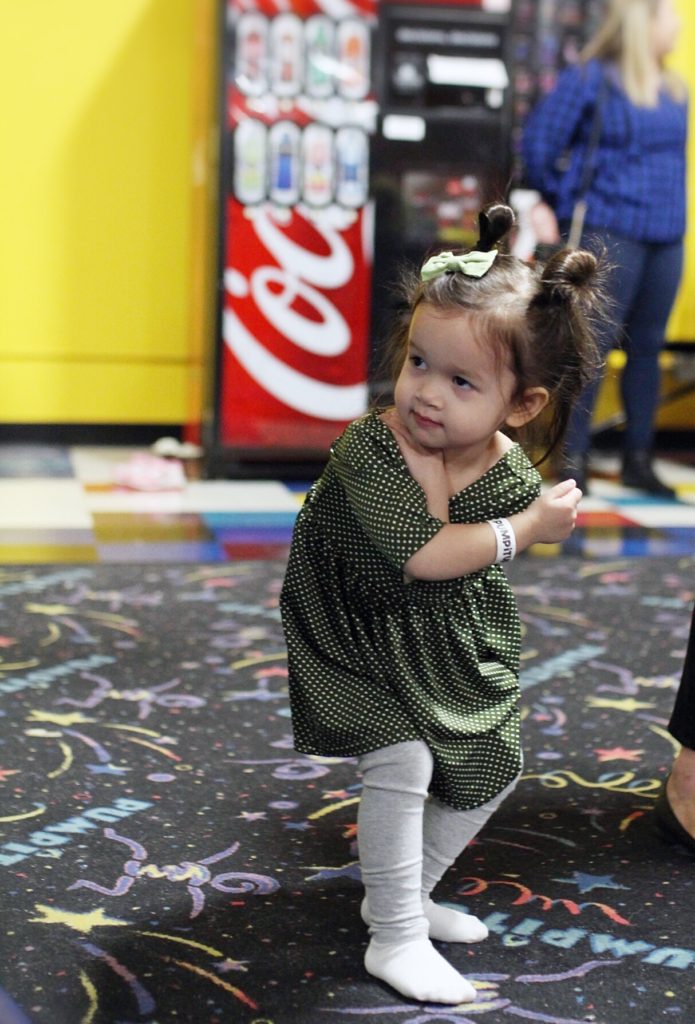 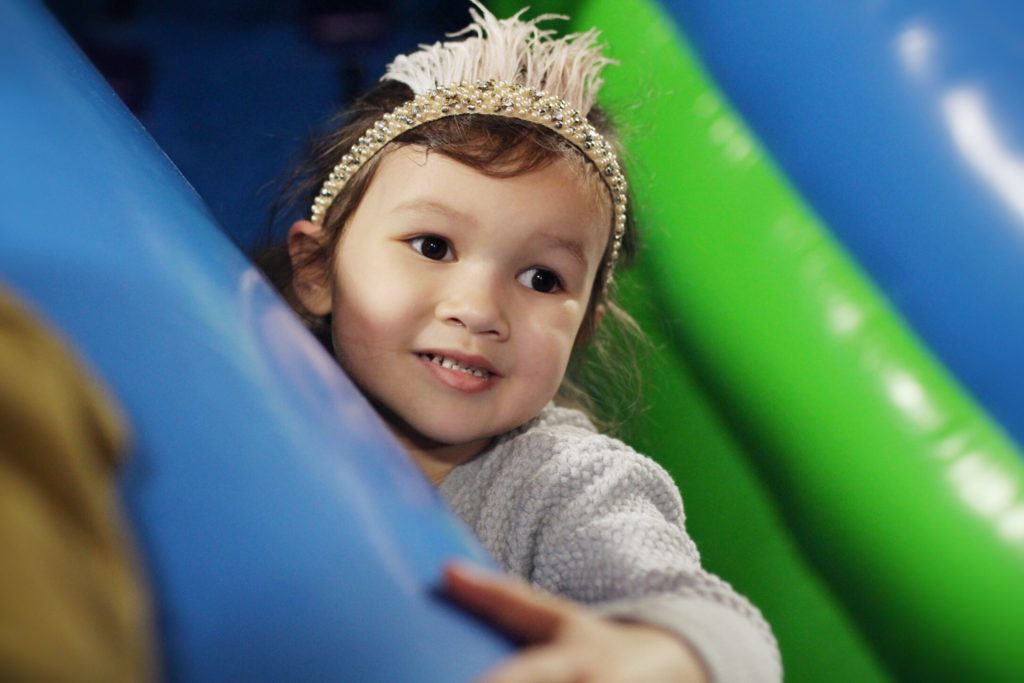 [she was having so much fun] 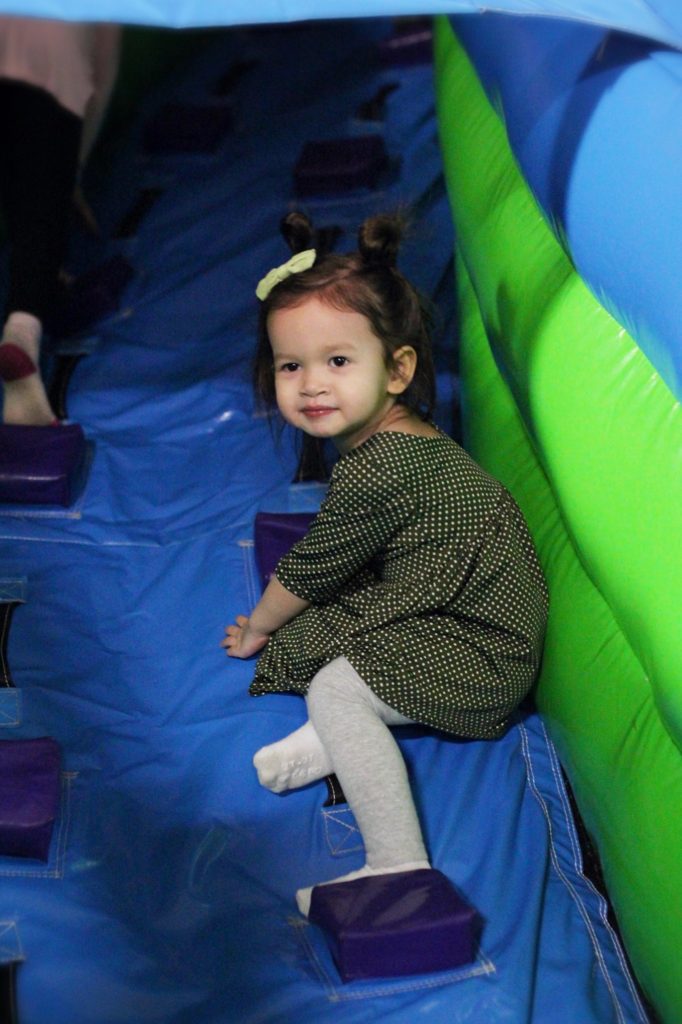 [on the first bouncy, she wouldn’t go up any further than this point] 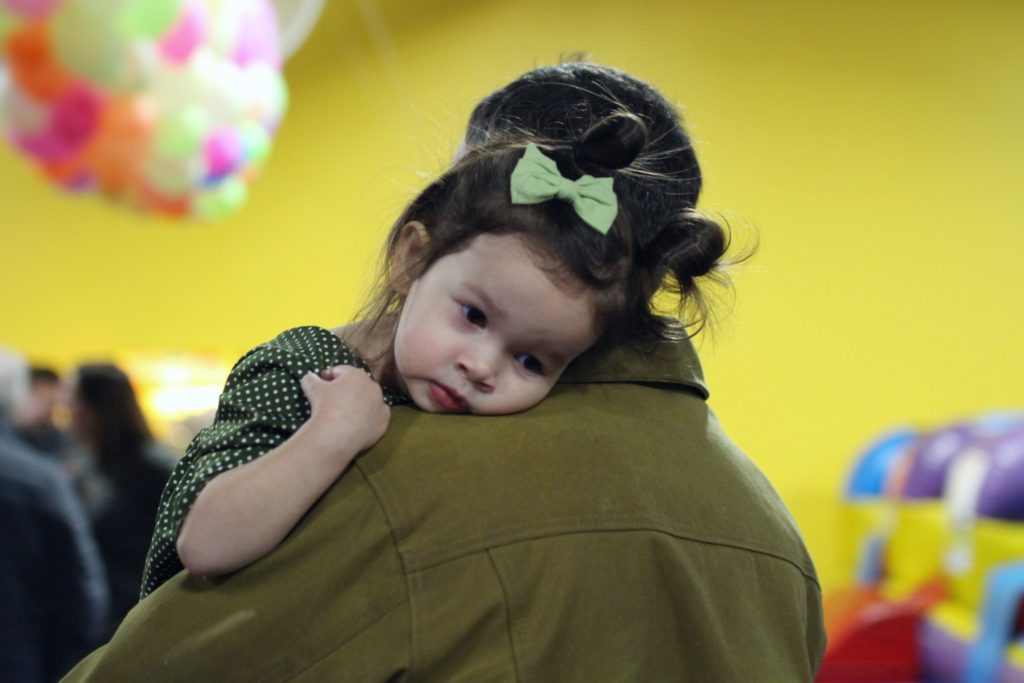 [she was constantly bothered and upset…LOL] 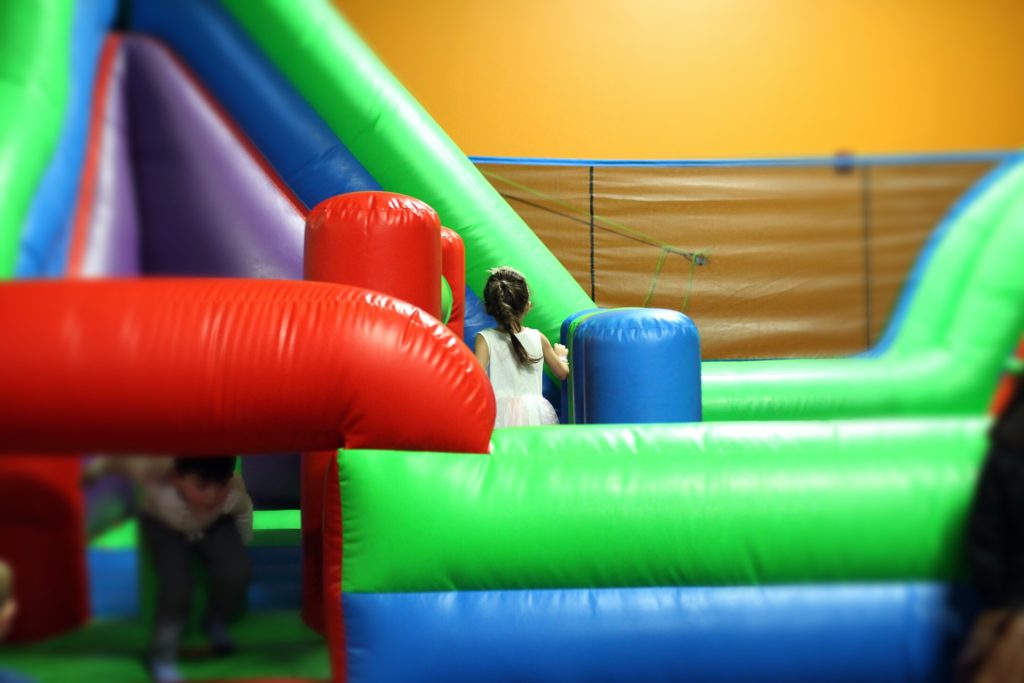 [she was having a blast] 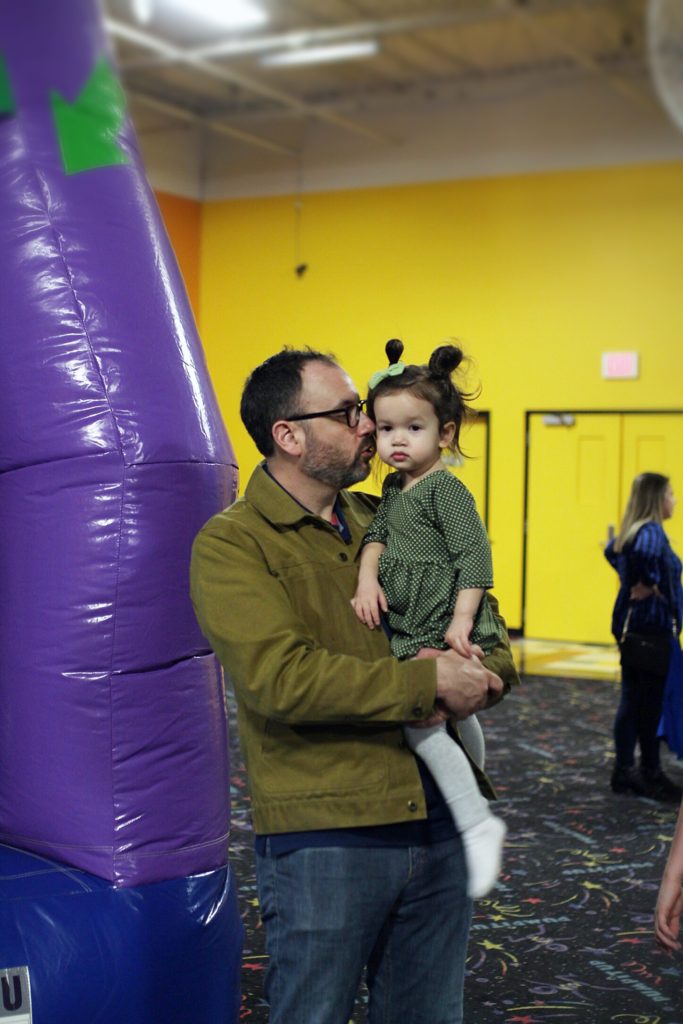 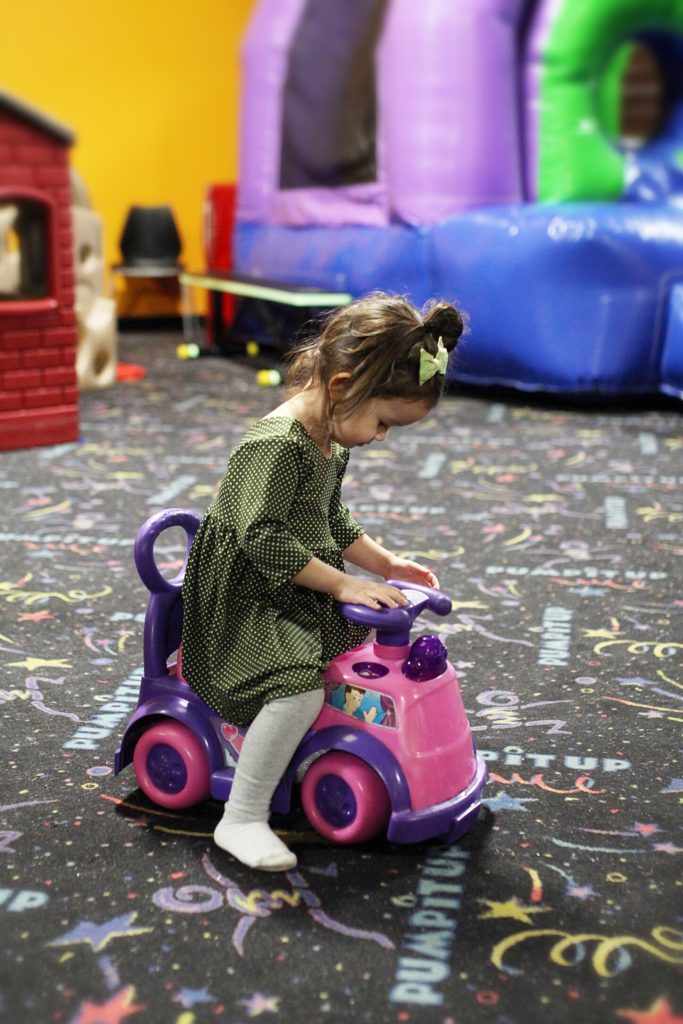 [she cried and vied for this pink mobile and when she finally got a chance to ride it, she was on it for 5 seconds. wtf] 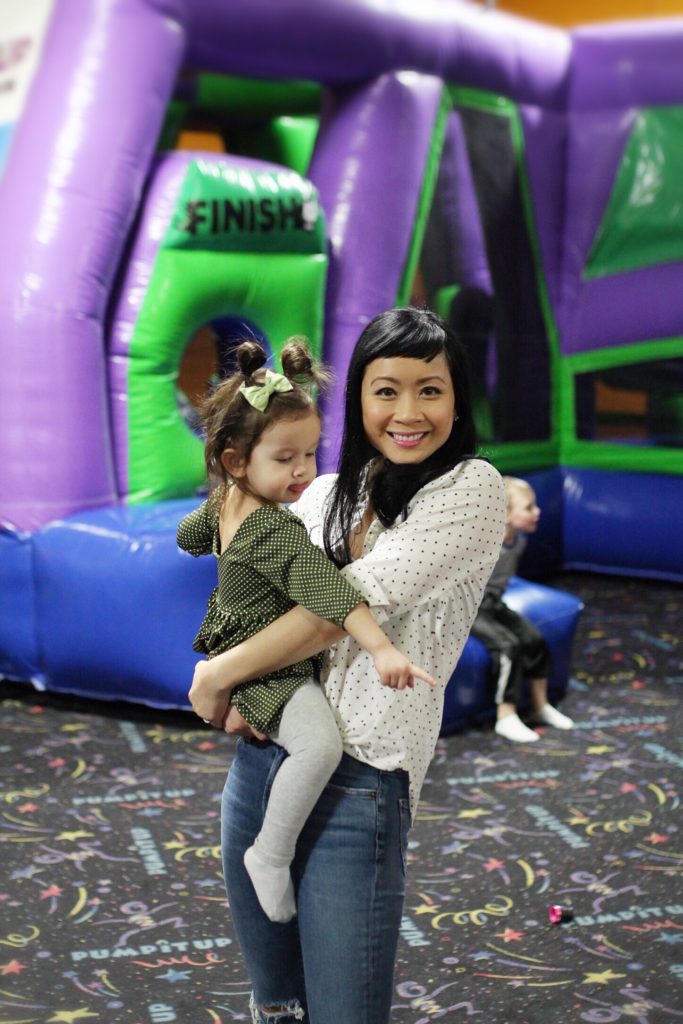 [trying to appease the babe] 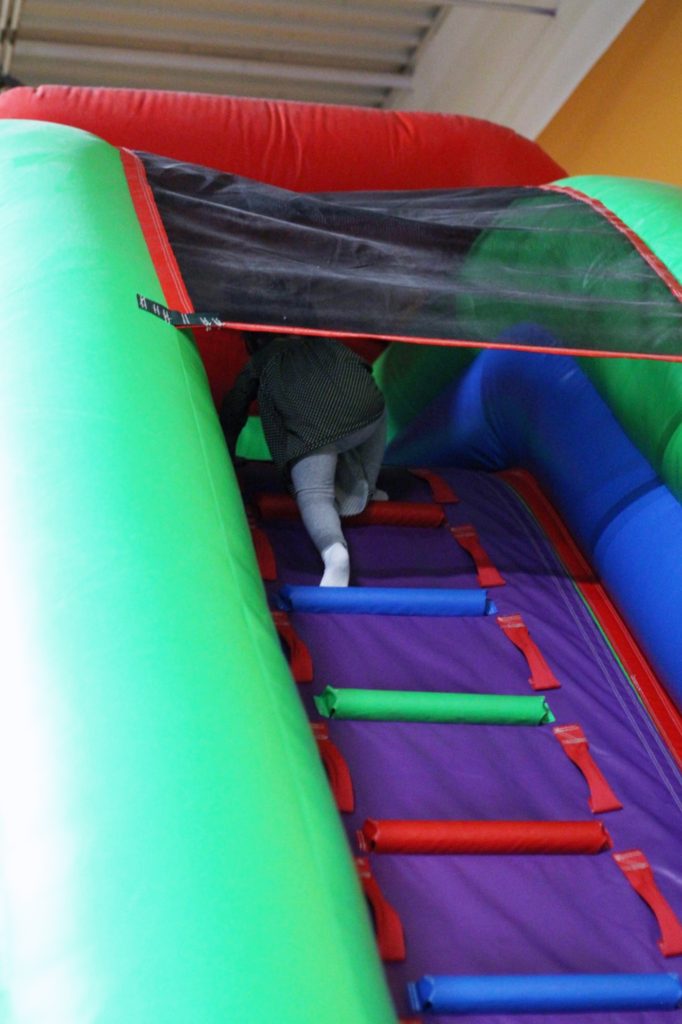 [finally, finally realizing that these bouncy houses are fun!] 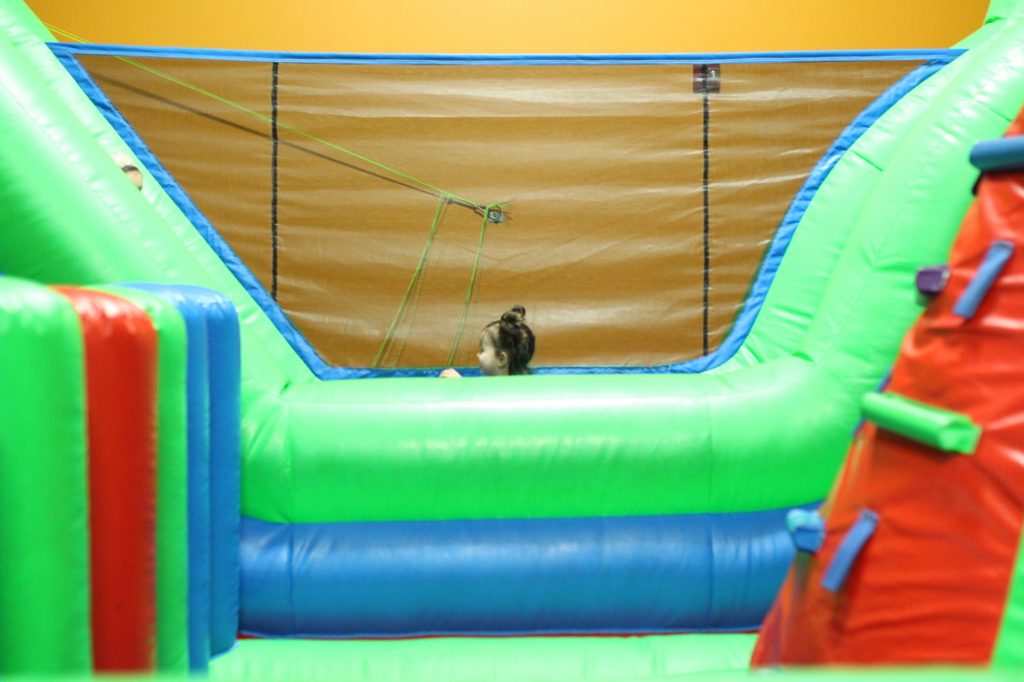 [it was so cute. i couldn’t see her go down the slide but within a few seconds, her head popped up at the bottom! hahaha!] 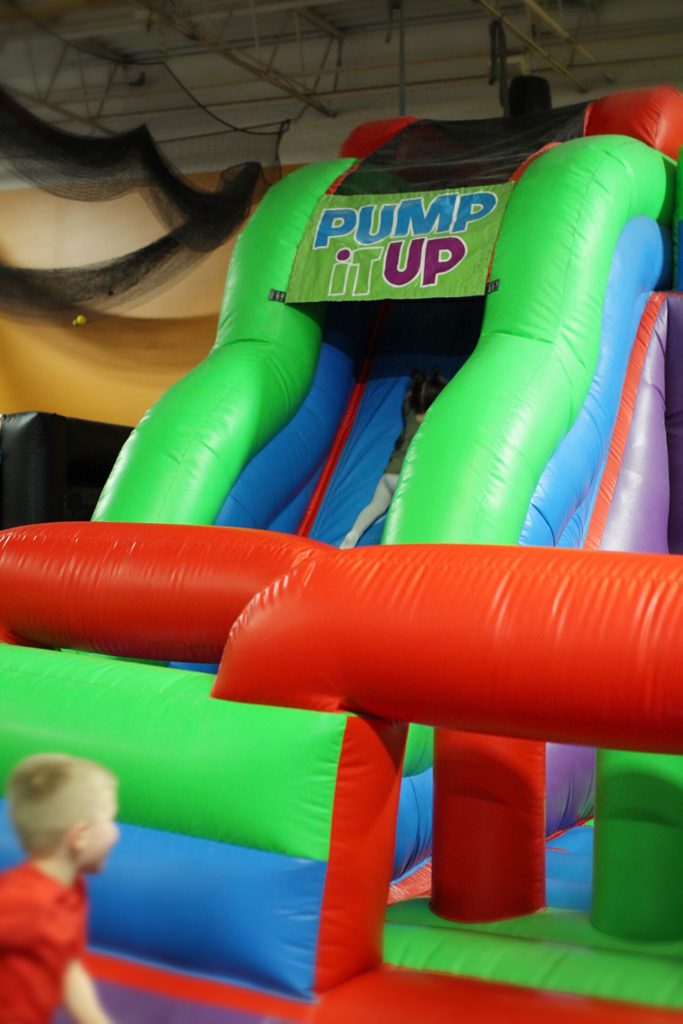 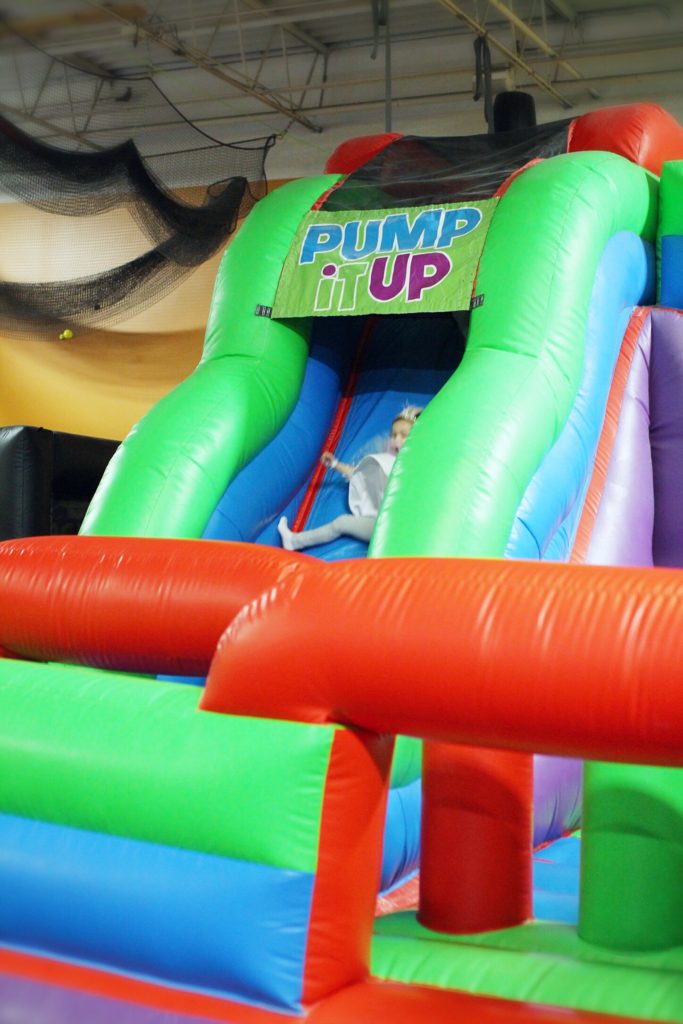 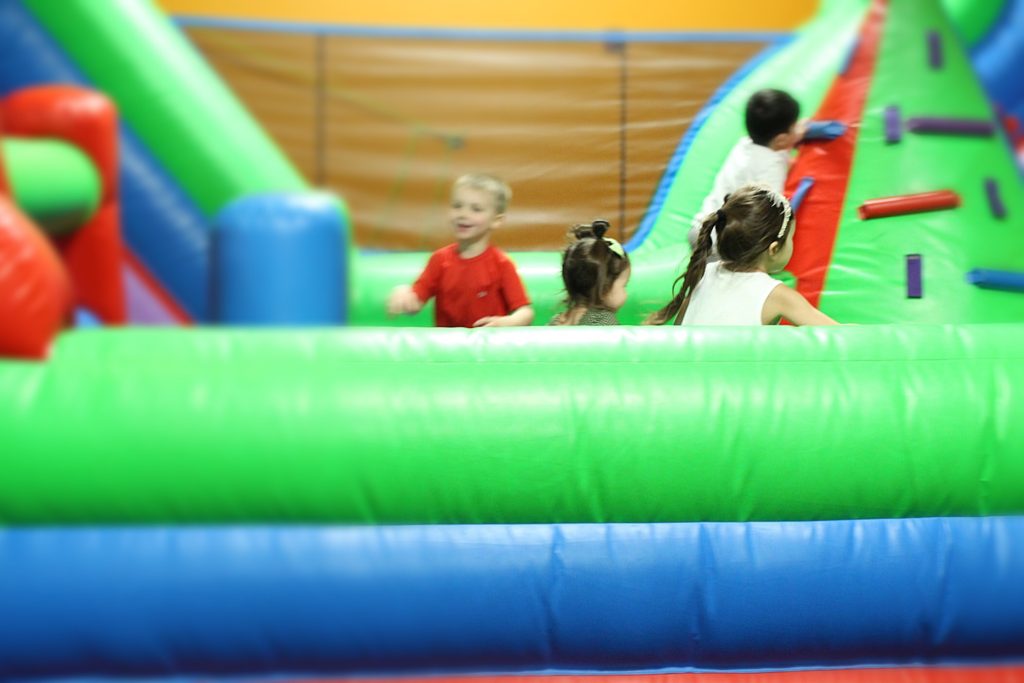 [they were having sooooo much together!] 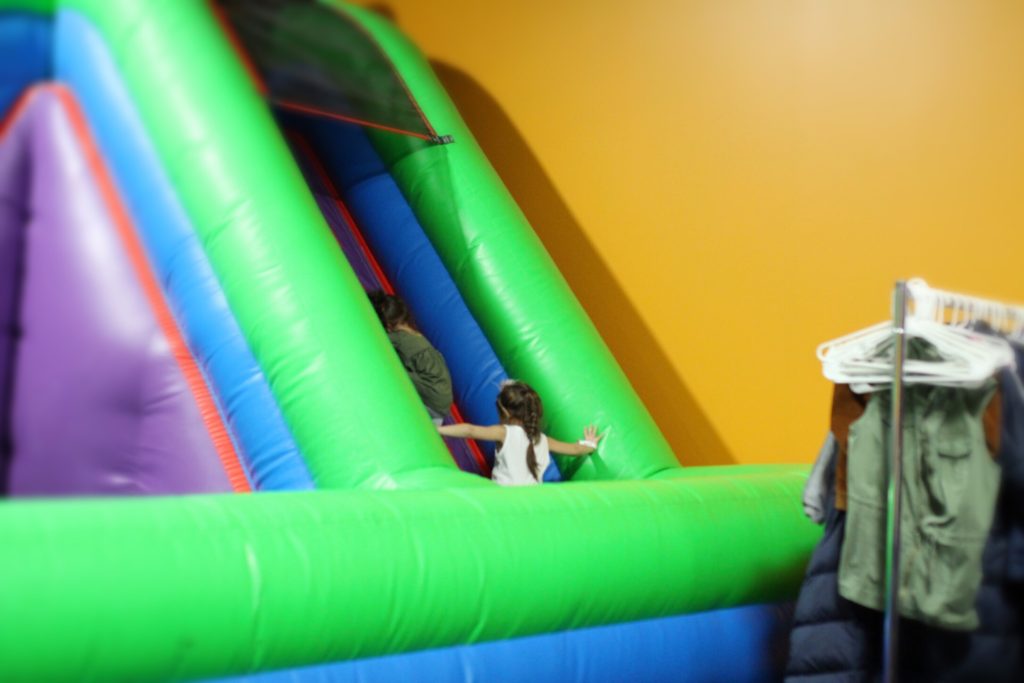 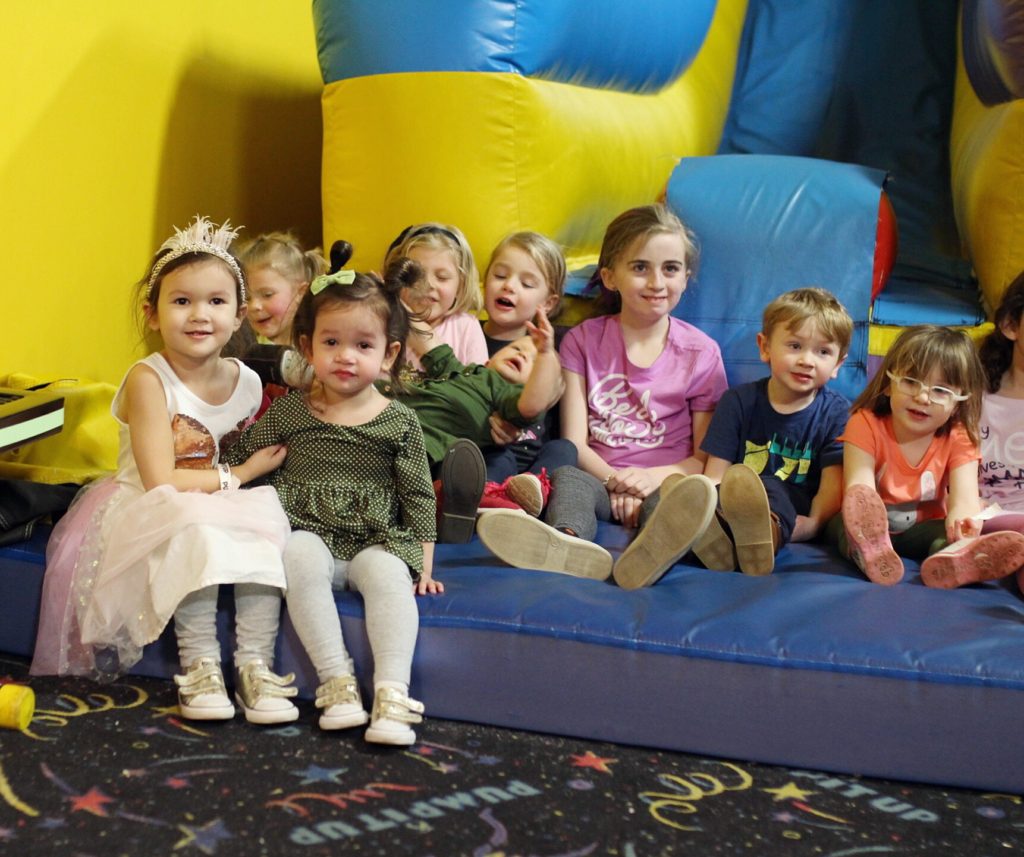 [oh ellie. she was having a meltdown before this picture and olive was trying to console her] 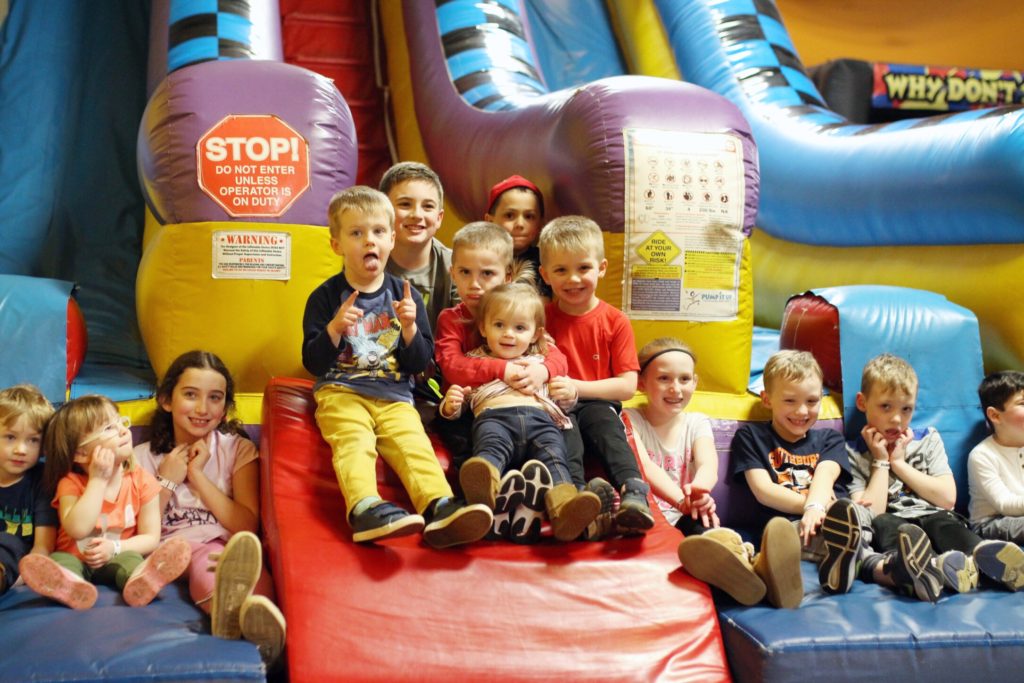 [the birthday boy and his sister] 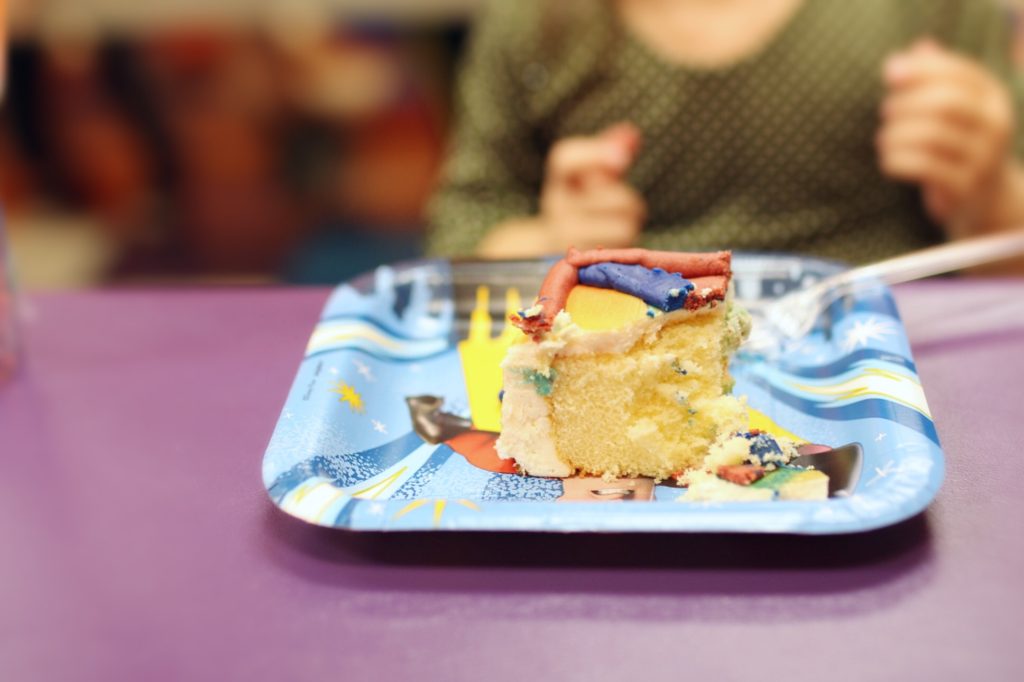 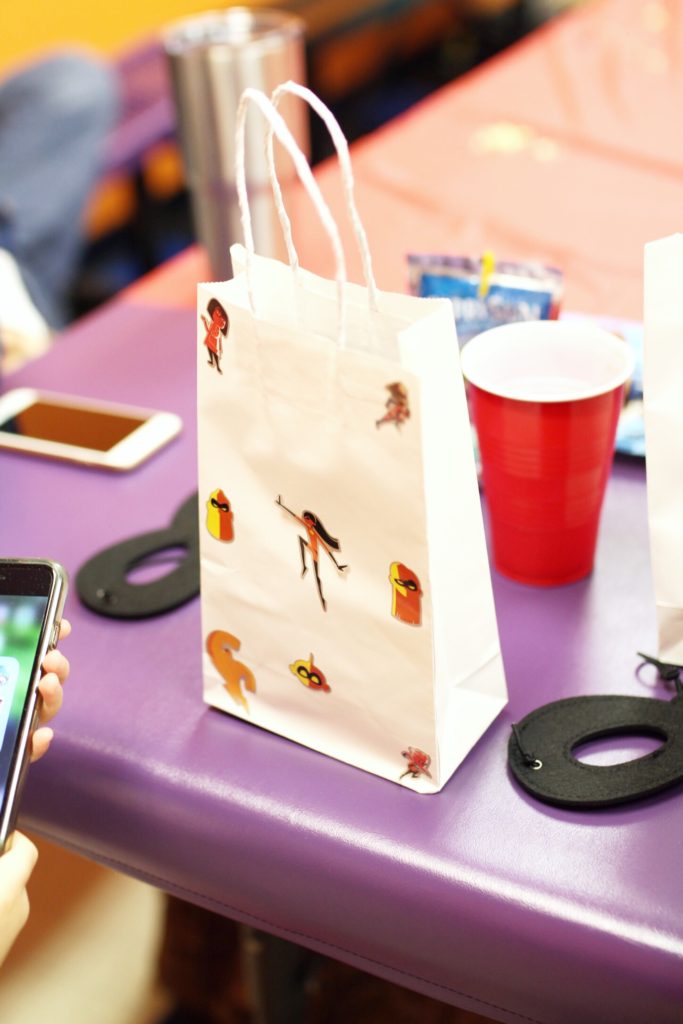 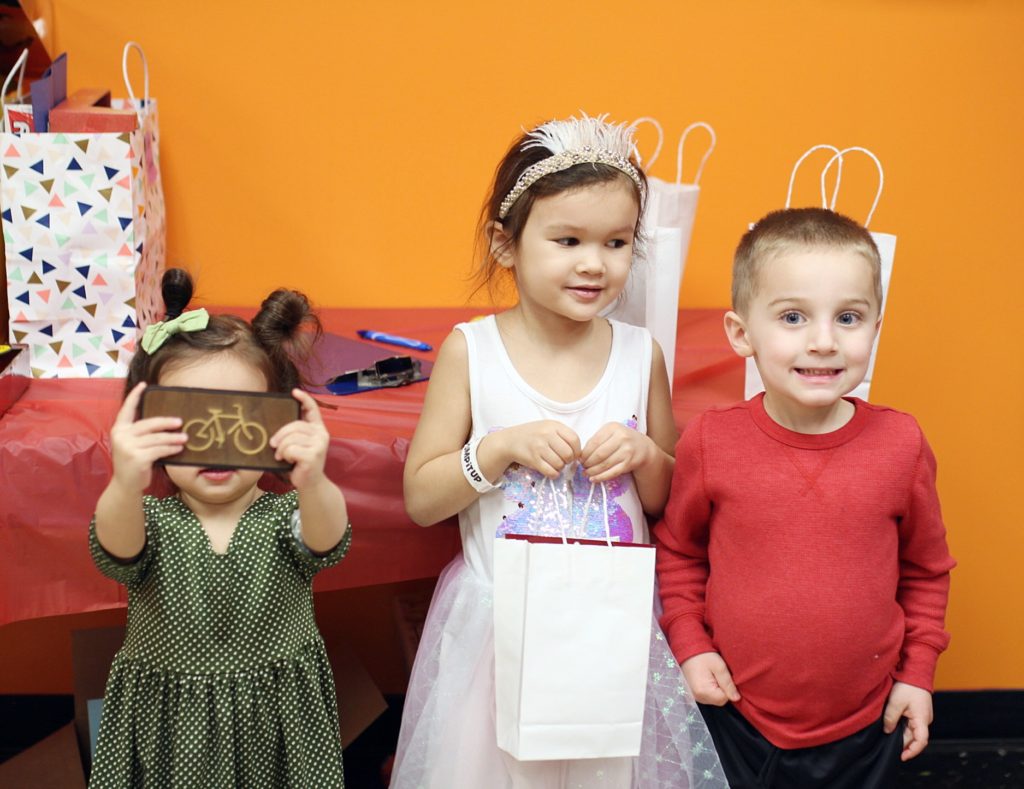